I knew that day’s chef’s choice at Yonehana was deep fried oysters by Twitter, so I went to Yonehana 🙂
Truthfully speaking I intended to go to Odayasu… (again ?)

Yonehana that day was crowded. Many people ate chef’s choice. The number of regular customer is increasing. Mainly ladies…. :p

By the way, the chef’s choice that day was so larger than ever. 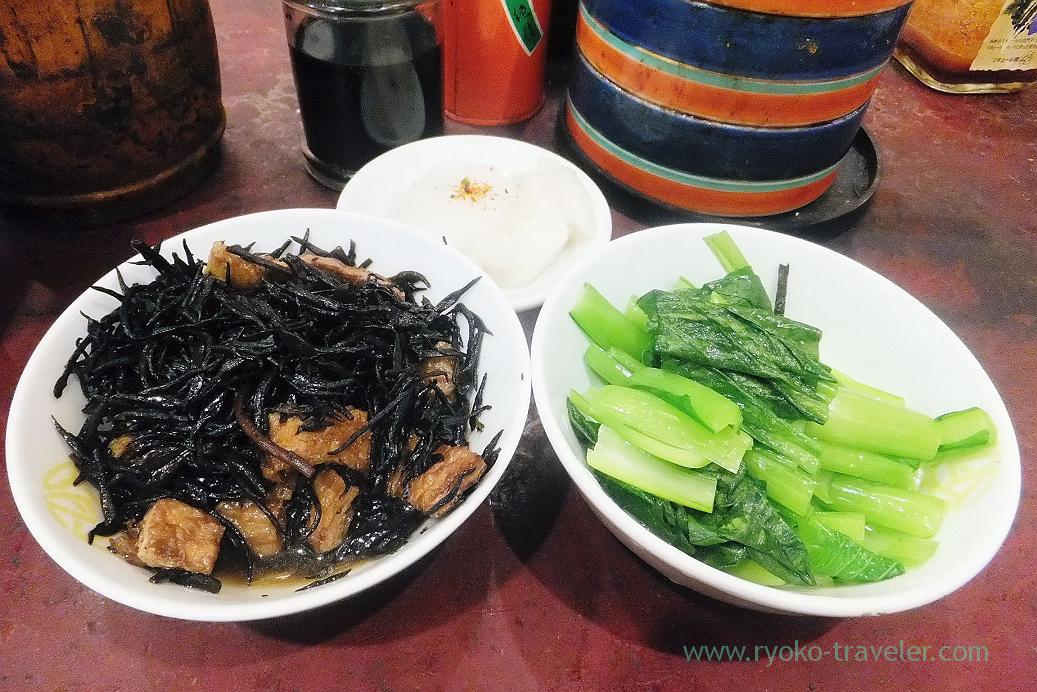 And then this strange bowl and rice was served. Maybe it is “soup”.
It had bone part of cod (there’s much meat), green onions, shells, Chinese cabbage and so forth. 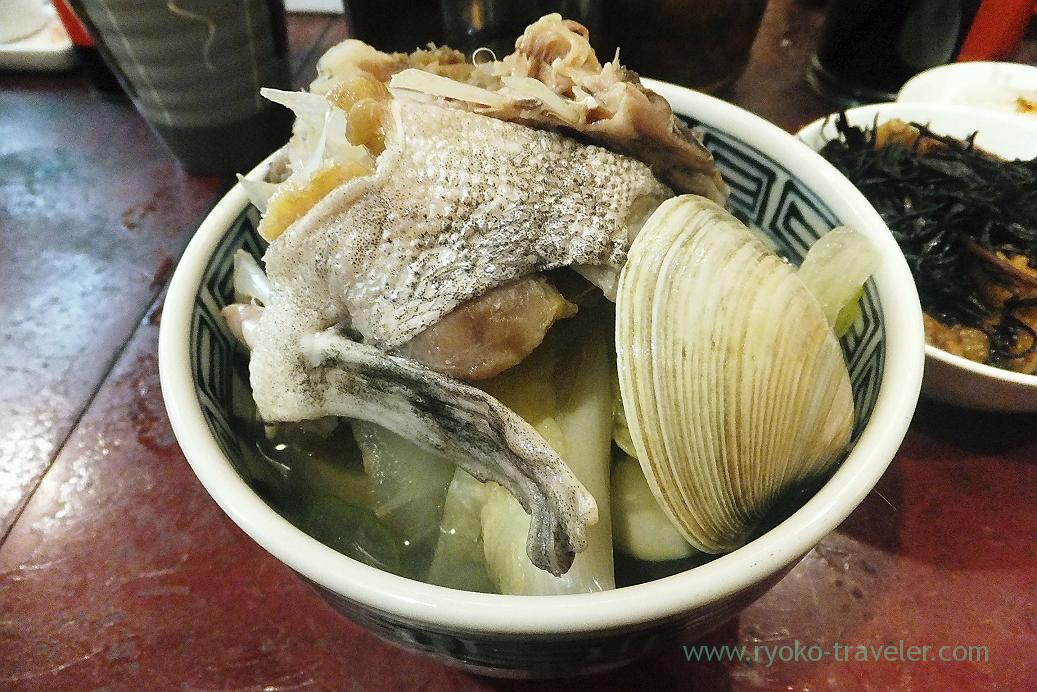 And after a while, deep fried oysters that was my target was served.
It took rather much time to be served because it is deep fried foods.
So, It was served just after cooked. very hot and juicy. I was really glad to eat it 🙂
Though those were random-shape, everything was good ! 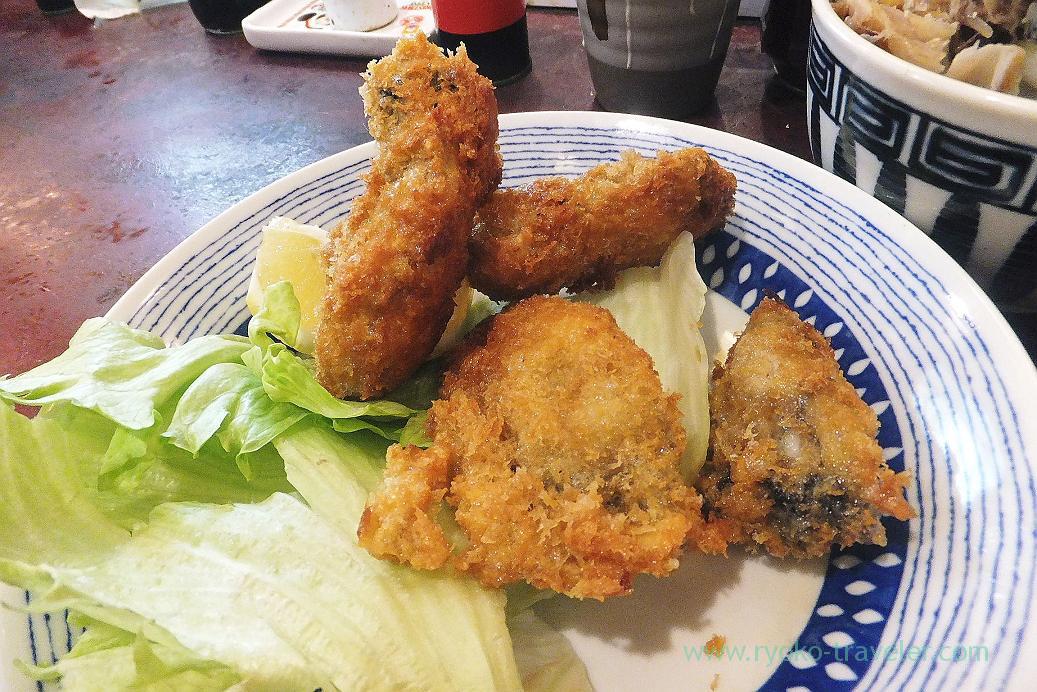 Because I really felt full and it was hard to walk, I took a break in front of Kachidoki bridge 🙂 But somehow, this photo was taken from the center of the bridge :p)
This seen won’t be able to be seen at the end of the year… 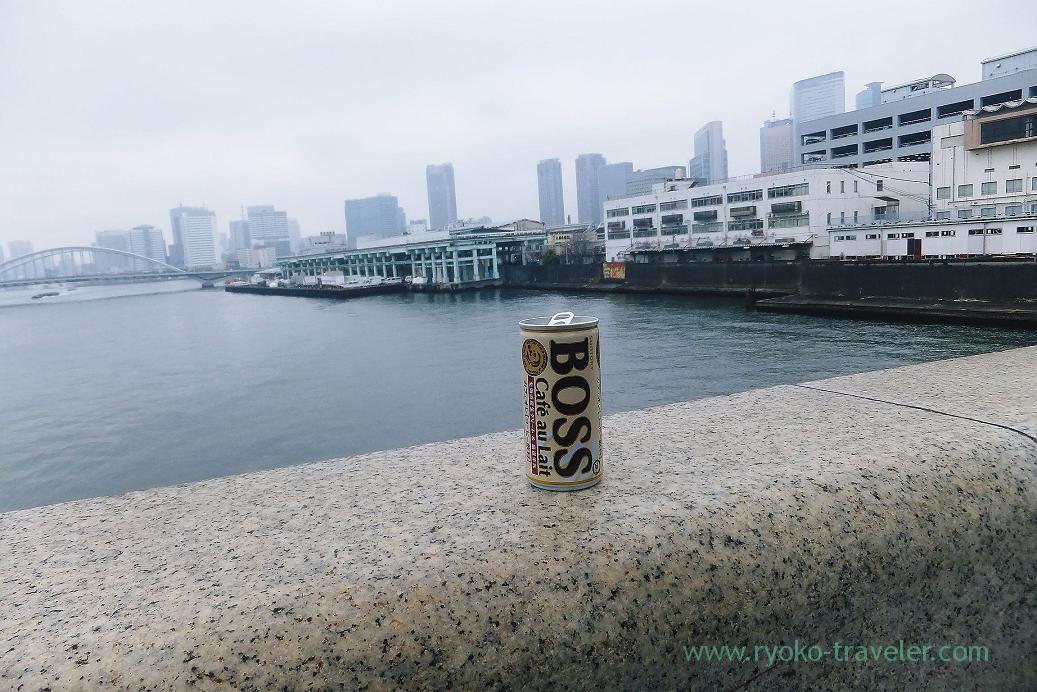 Kachidoki bridge between Kachidoki and Tsukiji is under repair, but umm. They seems do nothing… 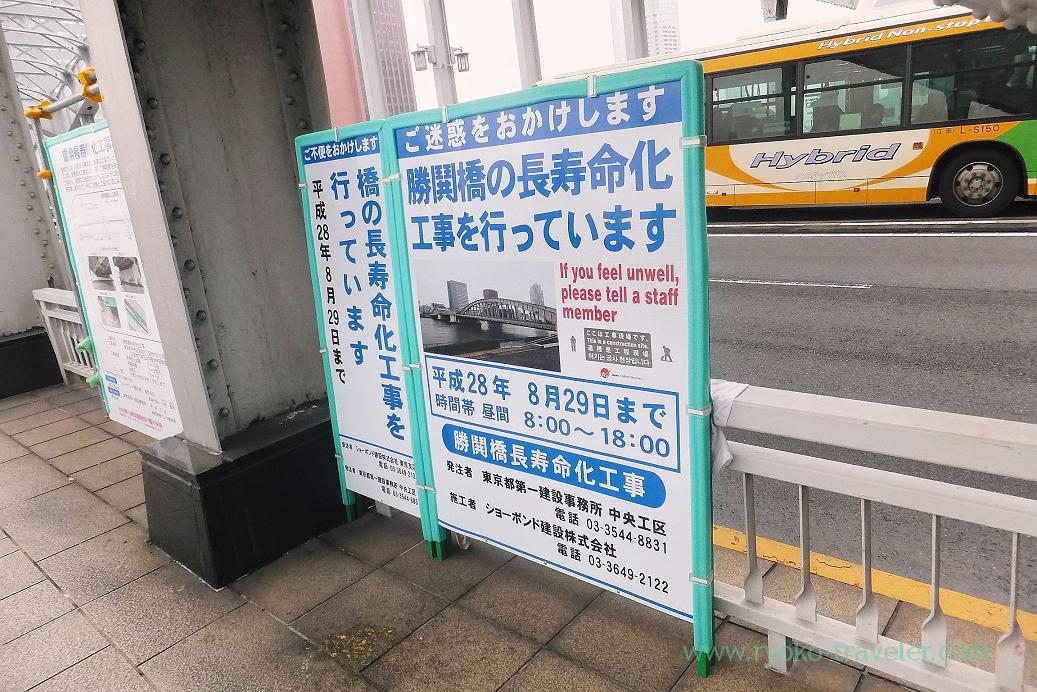 After getting out of Torifusa, we had to wait somewhere until Ranshu that is so popular as Chinese dumplings was open. ...

An unusual way of spending Saturdays’ time at Tsukiji After we got out of Kashigashira, we had coffee at Turret Coffee....

Christmas night... How do you spend Christmas ? I went to Tokyo station to see light-up named "Tokyo Michi-terrace" y...

Pu Pu Ru stopped their business once in 2014. And they will restart their business just close to Odawara castle (Odawar...
(Moved) Tsukiji Market : Armored weasel-fish and oyster (小田保)
Kaohsiung 2015 : Walking around the hotel in the morning (茶之魔手)