So, I could eat tuna two times at Yonehana!

Tuna. It’s my delight ! I like lean meat of tuna better than fatty parts. The entree was una and halfbeak (sayori) sashimi.
And another, boiled hijiki seaweed, mushed pumpkin salad and pickled cucumber.
I like this pumpkin salad. It was creamy and tasted good. I wanted to eat bowl of it 😛
Perhaps you can’t recognize from this photo, but this dish is big one and the slices of tuna was large !
It is about three times as large as ordinary sashimi that is served by another restaurant ! 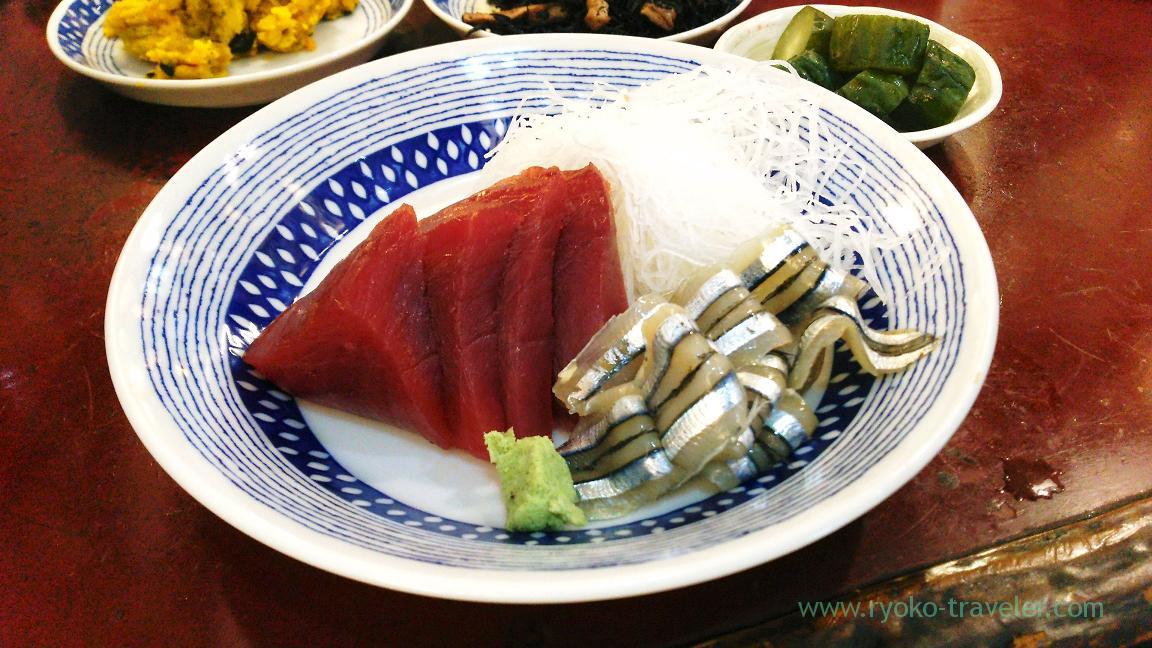 The second day.
Umm. Do you understand ?
It is no longer sashimi. It is chunk of raw meat ! Recently I like my sashimi put into soy sauce for a while and then put them on the rice.


(Moved) Tsukiji Market : Tuna sashimi at Yonehana
Morning activities is the best choice during summer Recently the temperature is so high. And it is muggy. So, I can't g...

www.ryoko-traveler.com
I did it that time, too. But soy sauce didn’t soak into these slices :O

Of course, boiled vegetables were large, too. And even pickled daikon radish is large enough to stand by itself ! 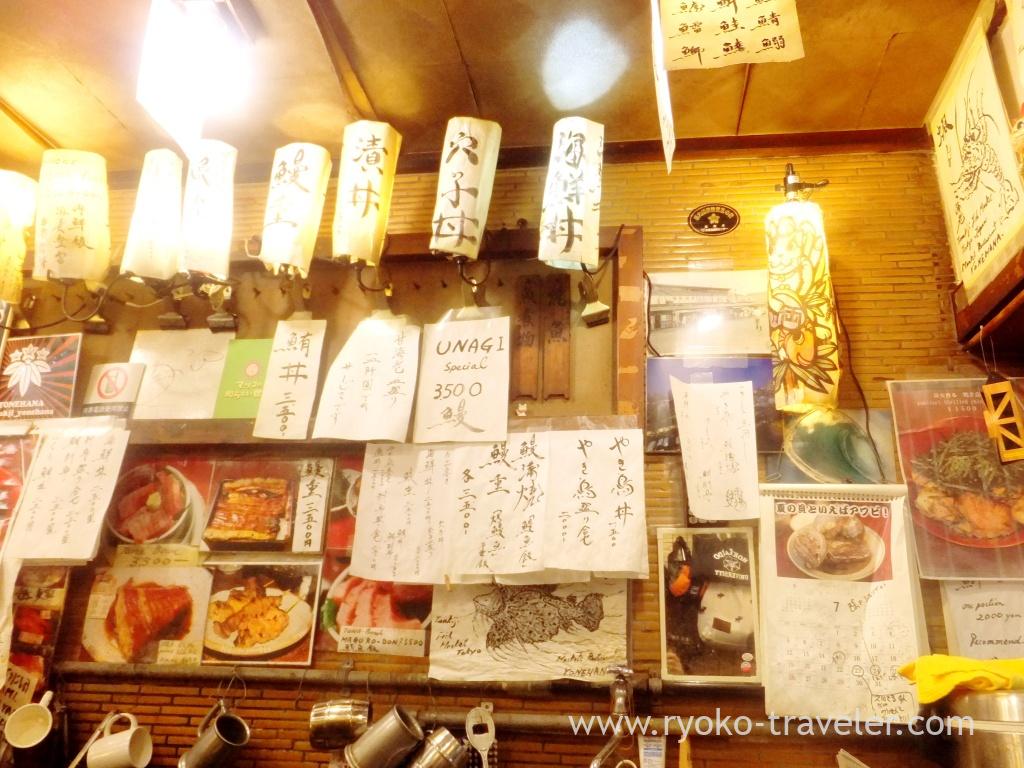 By the way, they served much tuna sashimi last week.But this week, they don’t have much fishes…

Horse mackerel season has set in ! Well, I ate finely chopped horse mackerel again another day at another eatery in Tsu...

Recently, new Sanuki udon shop is open in Tokyo one after another.We visited one of the shop named GORO in Kinshicho ar...

Precious ramen could be eaten once in each month. Though I visited Torito in Tsukiji market several times, this was the...
[Tsukishima] Spicy beef tendon stew at Izakaya Rojiura (居酒屋 路地裏)
Kinshicho : New Indian restaurant, Venus (ヴェヌス)