I thought that I can’t go to Toyotaya that is so popular izakaya in Hirai this season, but we managed to go there because my flight to Kaohsiung had been cancelled 🙂 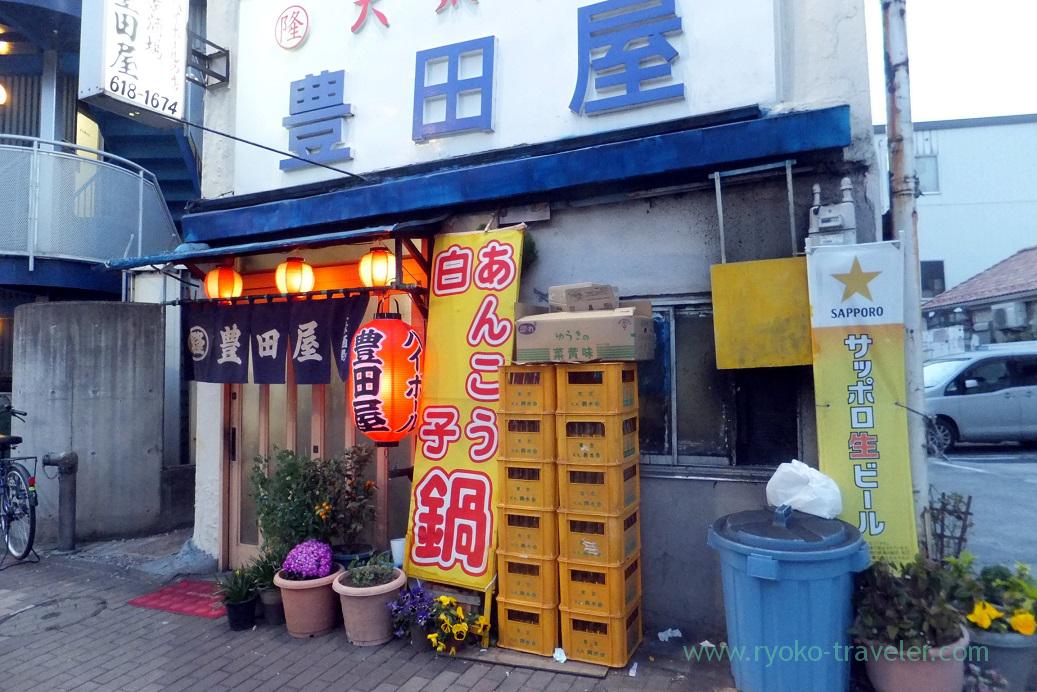 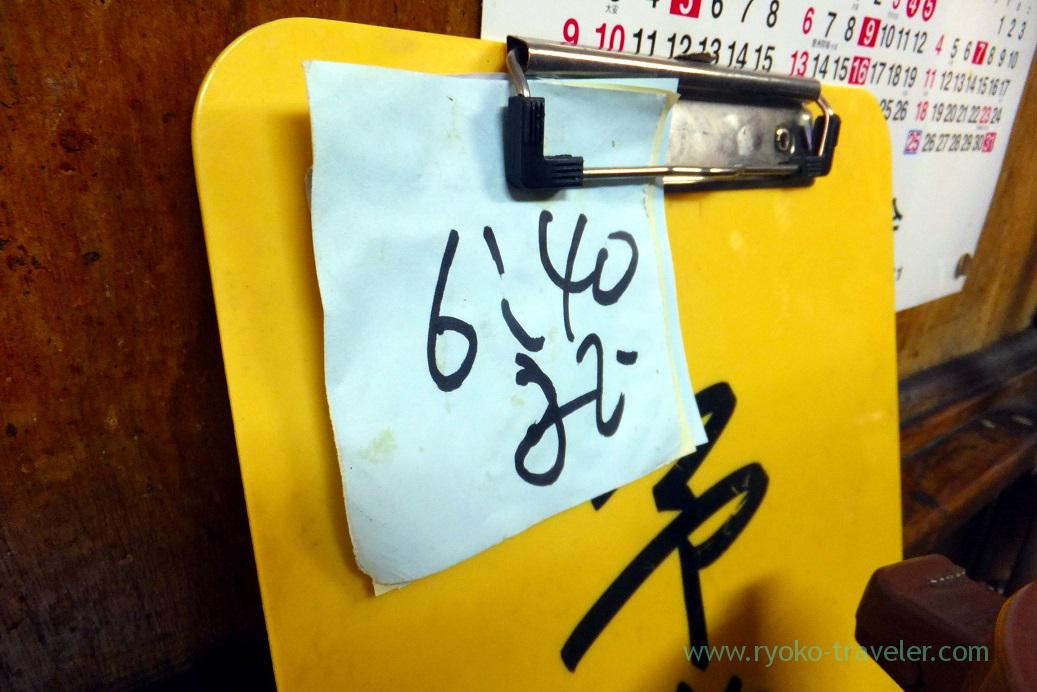 We ordered our drinks quickly.
You’ll understand later why Toyotaya is so popular. Anyway, we toasted ! This shochu highball was 260 yen. Inexpensive though it was weak. Well, if you say “naka”, staffs add shochu into your glass with extra charge.
The inexpensive price of foods and drinks is also a reason of the such popularity of Toyotaya.
A large bottle of beer is 480 yen 🙂

Menus are on the wall. 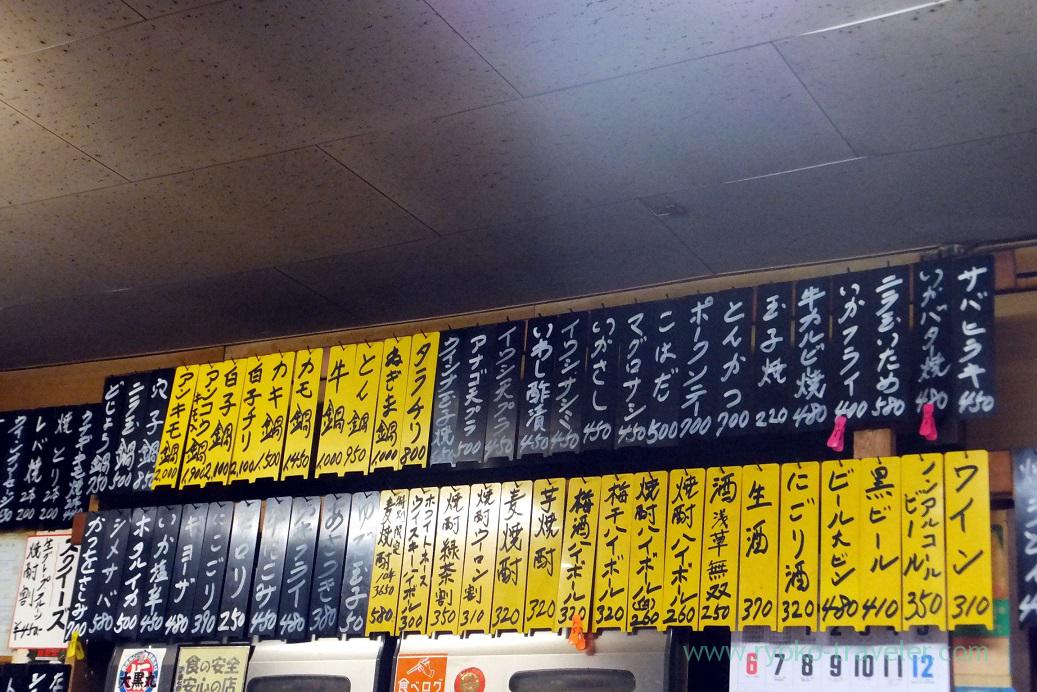 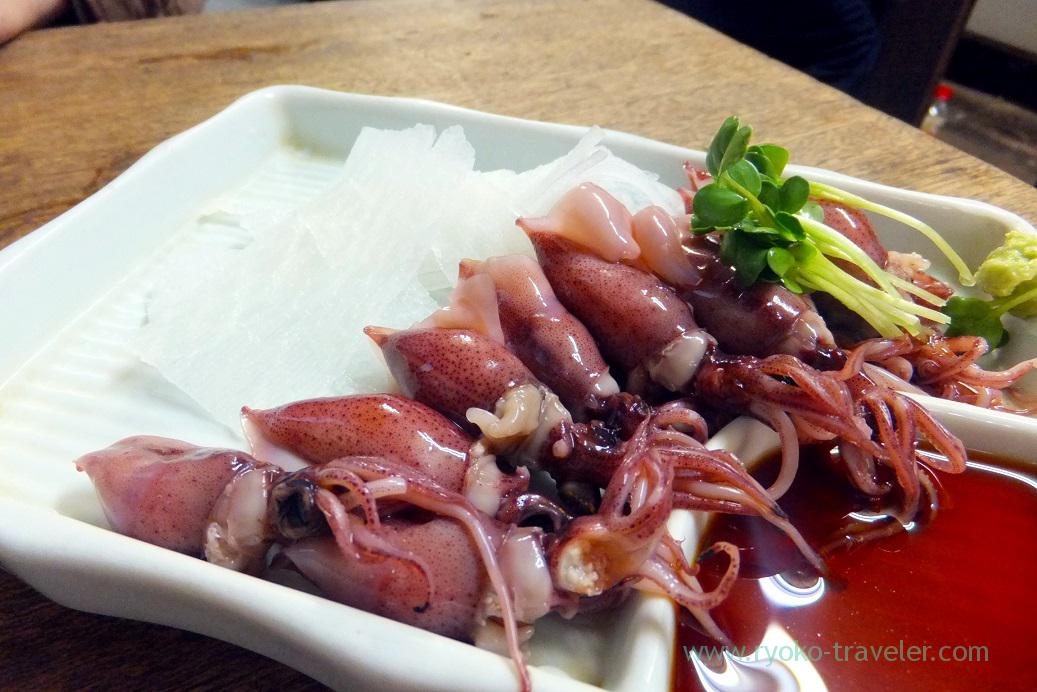 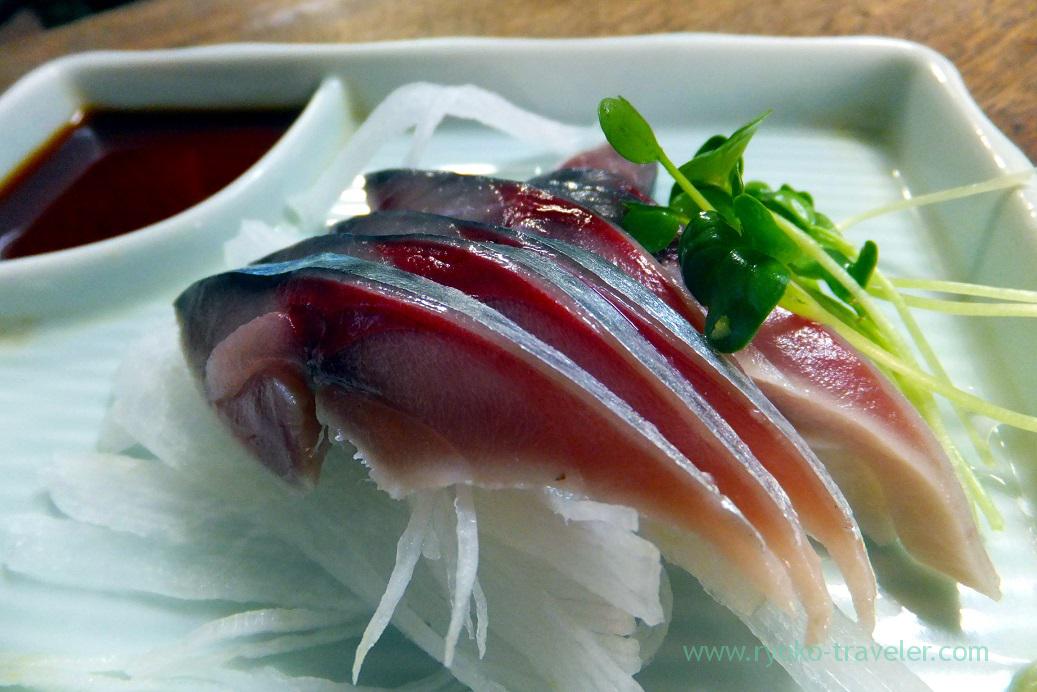 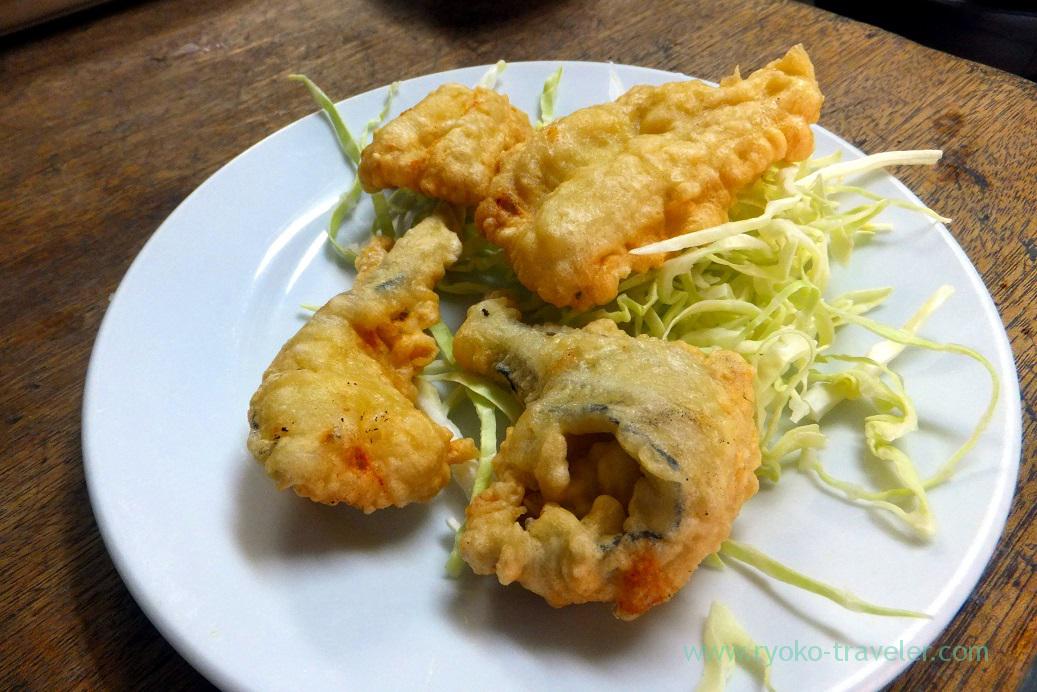 Vinegared mackerel (ウナギキモ焼, 440 yen)
Whenever we go to there, we order it without fail 🙂 Its bitterness of innards and the sweet sauce was good ! 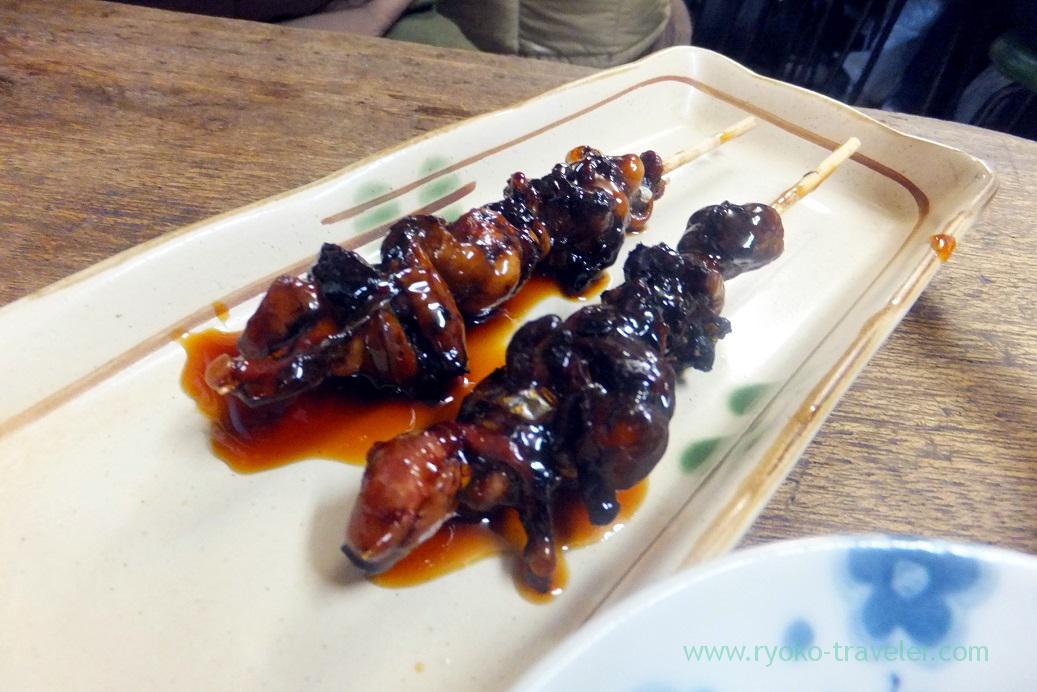 Well,
The best reason that it get very difficult to reserve Toyotaya’s seats in winter is !

So, of course, we ordered it, too ! It is also called “gout hotpot” !
We don’t have to do something about this hotpot. Staffs cook it because underdone ingredients is dangerous. Especially, soft roe, monkfish and oysters. Full of happiness !
Of course, lots of vegetables were under them ! 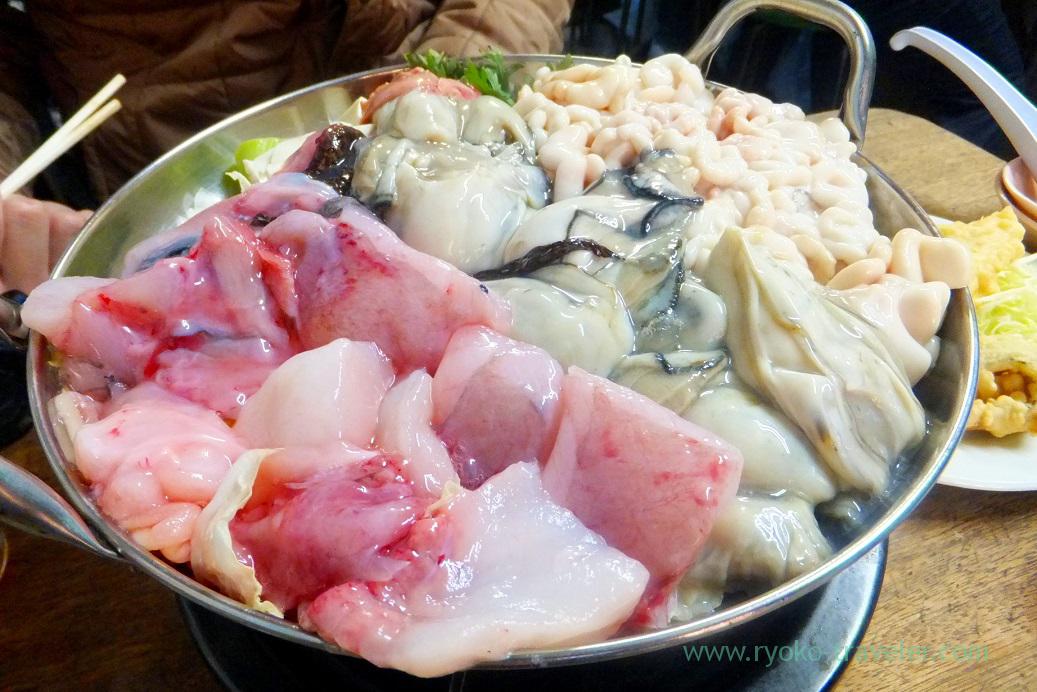 I wanted to eat this ! I was happy ! Soft foe, oysters, monkfish liver ! Also monkfish egg, too ! And vegetables having plenty of extracts of seafood was great ! 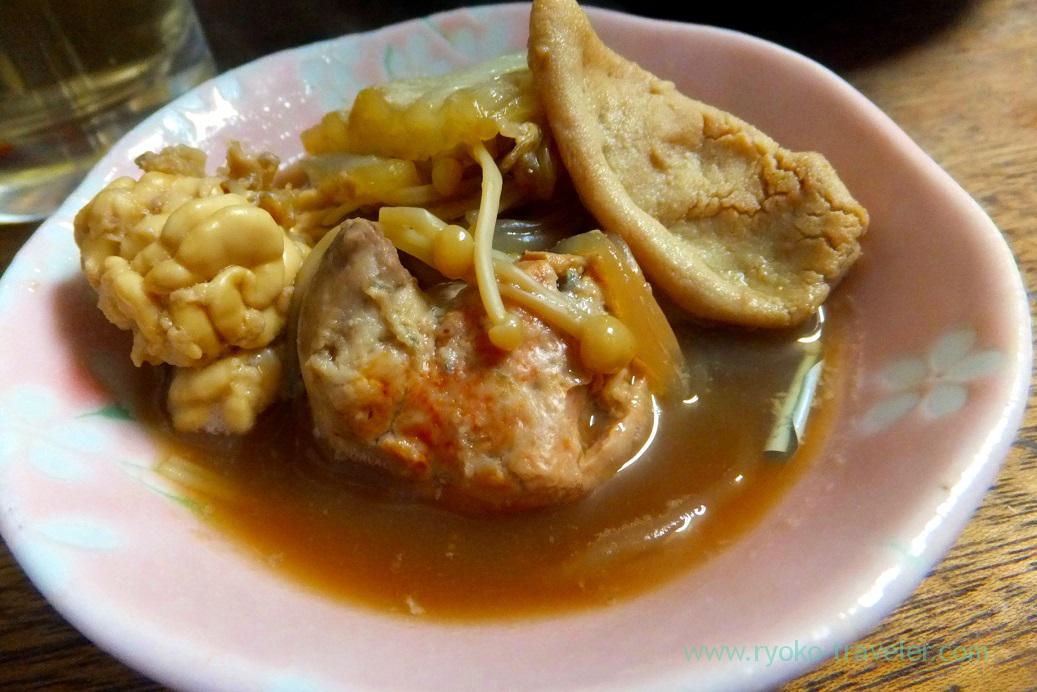 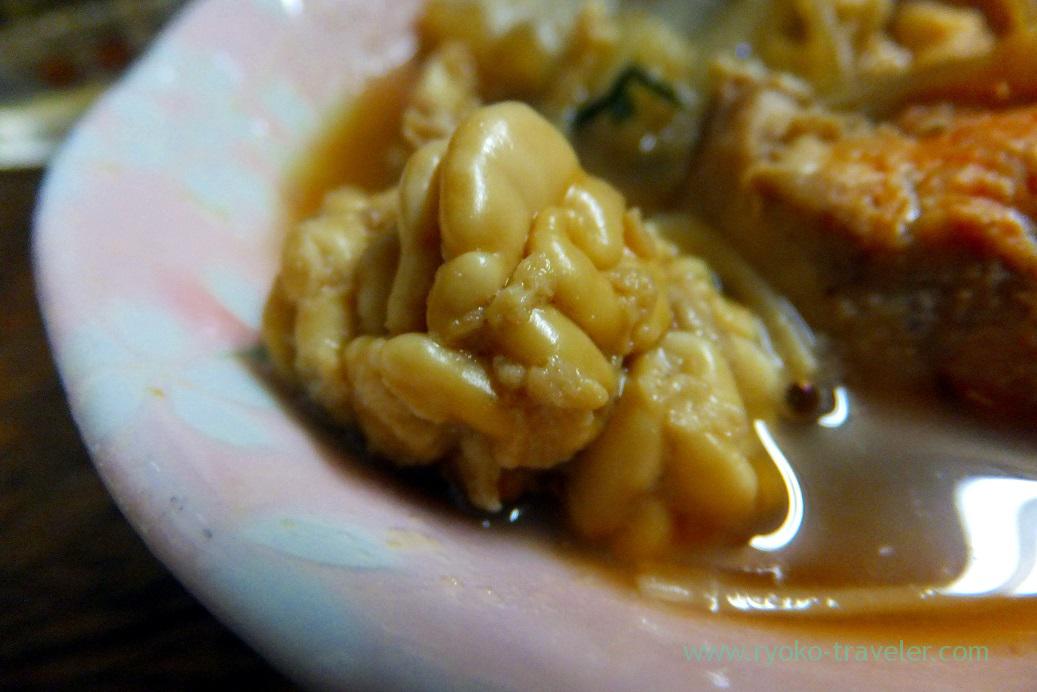 Last, we put kishimen into the hotpot 🙂 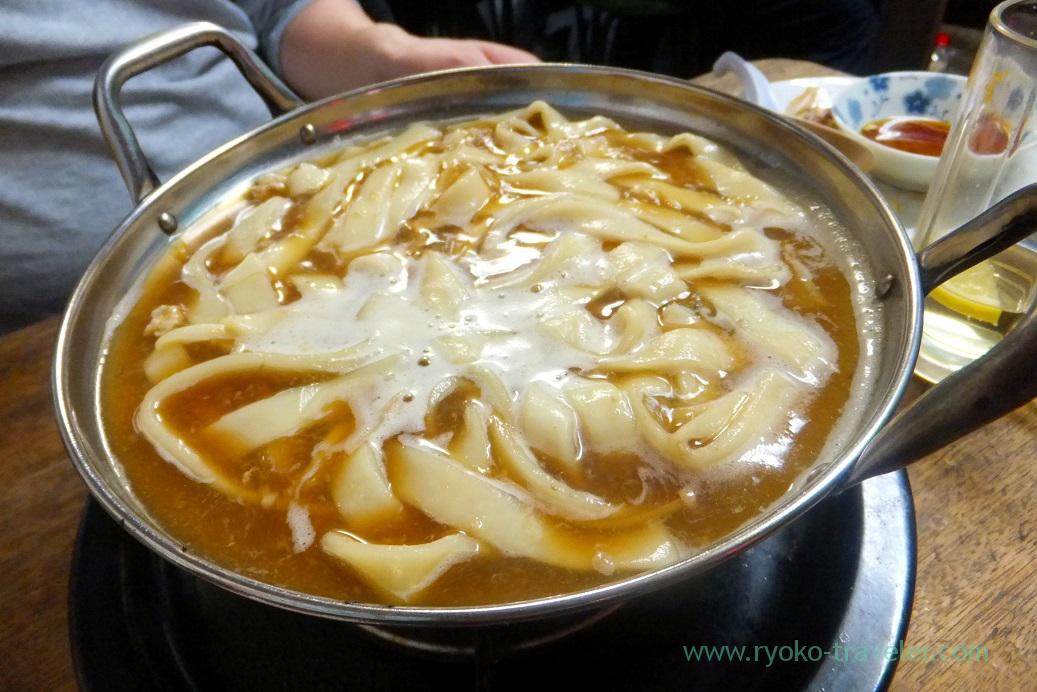 Kato is reopen by another management office. Last week I visited "Kato Shokudou" that is open from Feb. 16th. "Kato S...

Hajime sengyo-ten is great in 2015, too Recently I usually have lunch at Hajime Sengyo-ten when I go to Tsukiji at ...

Senriken (センリ軒) was an old cafe since 1914 having long-established atmosphere in former Tsukiji Market and many regular...

Matsunami-style Okonomiyaki in Historic architecture Ningyocyo still have many old good restaurants and I had wanted to...

Speaking of winter tastes, oysters occur to me at first. Well, I eat oysters all year around though. I'm looking forwar...
Funabashi : Dinner at Kingyoya (金魚屋)
Center 4 hamburgers (センター4ハンバーガーズ) in Takayama