I visited Sushidai in Toyosu Market. It was the best firefly squid season. I had so happy time !

As soon as we were seated, the staff served me Japanese sake that I ordered before entering the shop.
Otoshi (appetizer) is boiled liver and innards of conger eel. It’s a friend of Japanese sake ! Yay ! I mostly order two bottle of Japanese sake every time at Sushidai, but I ordered too much foods and sushi. So, I have no time to enjoy Japanese sake.
I managed to drink it up. Cockle as sashimi. Large cockle. its texture is good ! And sweet. To tell the truth… I ordered it as sushi, too :p Mackerel roll. It have much sliced mackerel !The seaweed and gari (vinegared ginger) is good, too. 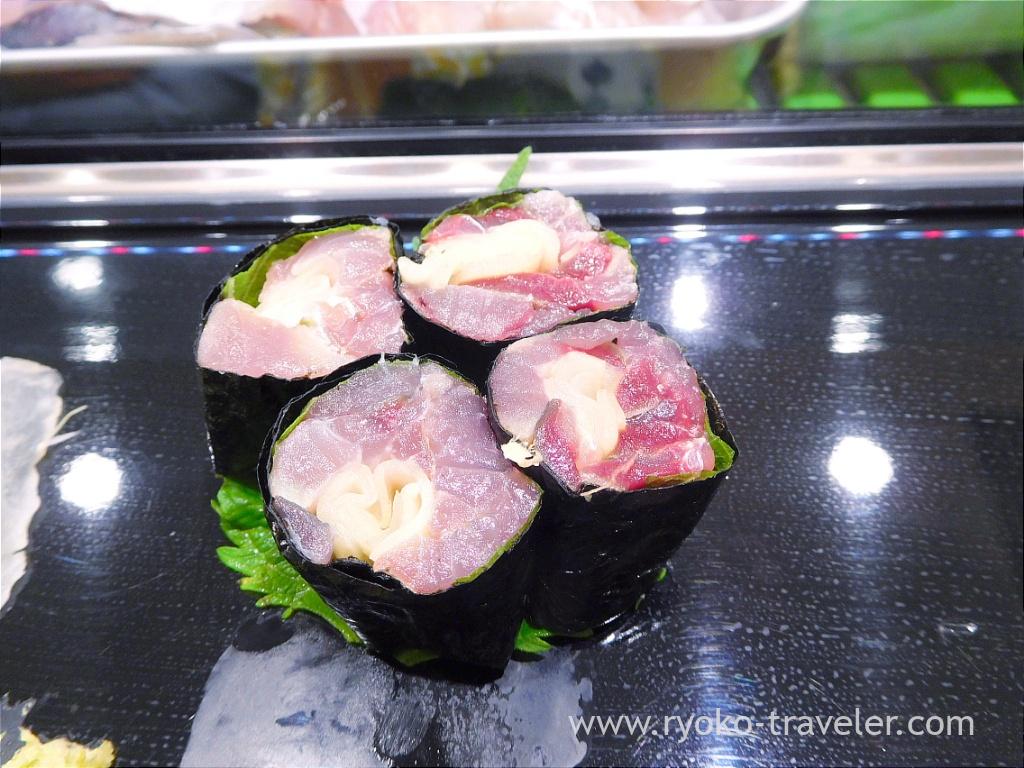 Grilled scallop on the shell. It was grilled with soy sauce. The flavor was good. The scallop was sweet. After eating scallop up, the chef put rice onto the shell and serve spoon 🙂 And then cockle. Cockle is my delight. So, I had it as sushi, too. Grunt (Isaki).Not only its meat but also its skin is good ! Bonito (Katsuo). it was light and not so fatty. I love Horse mackerel. So I order it without fail when I visit sushi restaurant. The flavor was excellent ! 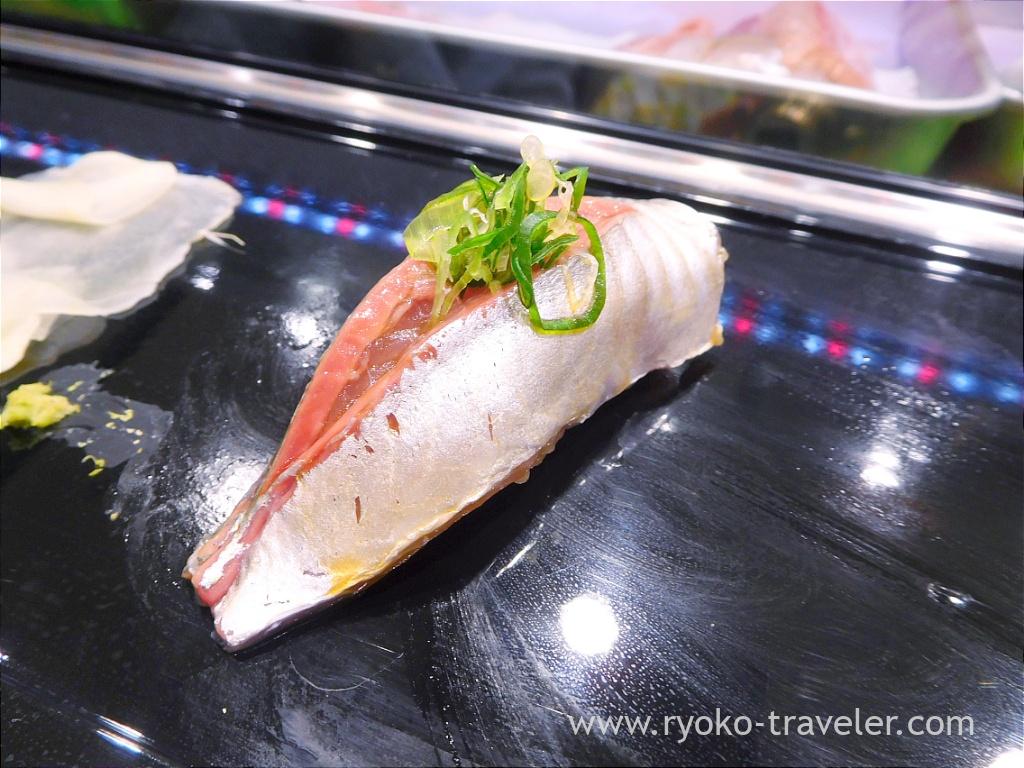 And Miso soup was served. Though I forgot to take the photo, tamagoyaki was served, too. 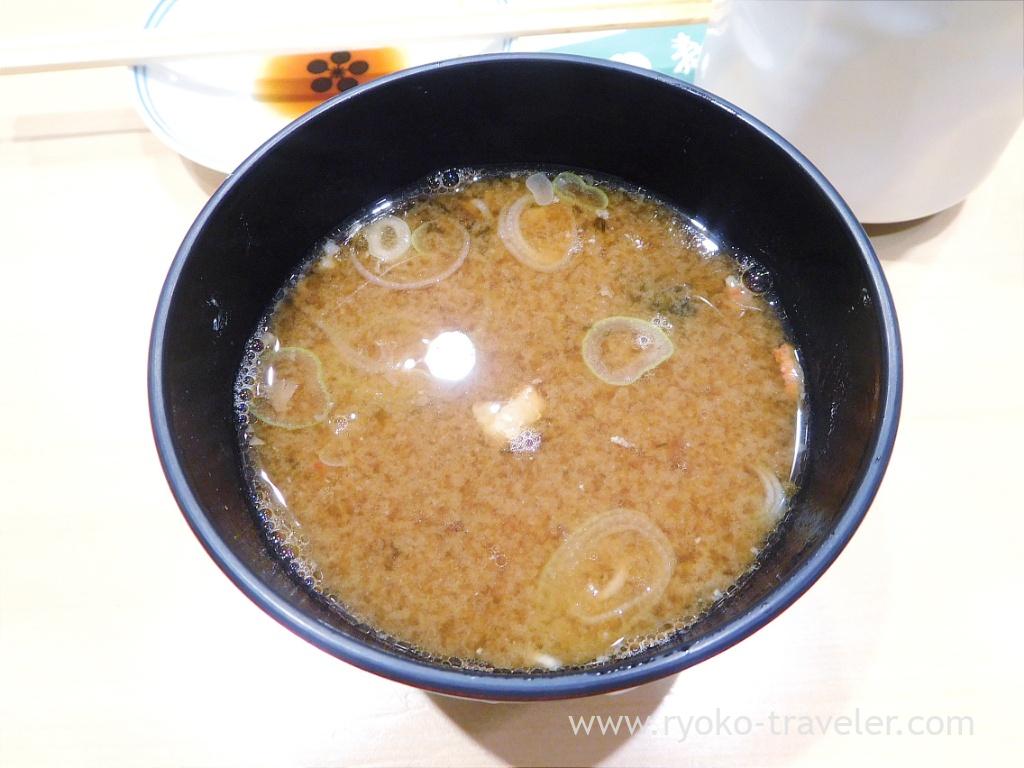 Then Firefly squid. It had three firefly squids. I thought I’m greedy…but I felt so happy 🙂 striped jack (Shima-aji). It was not the best season yet. Still it was good. 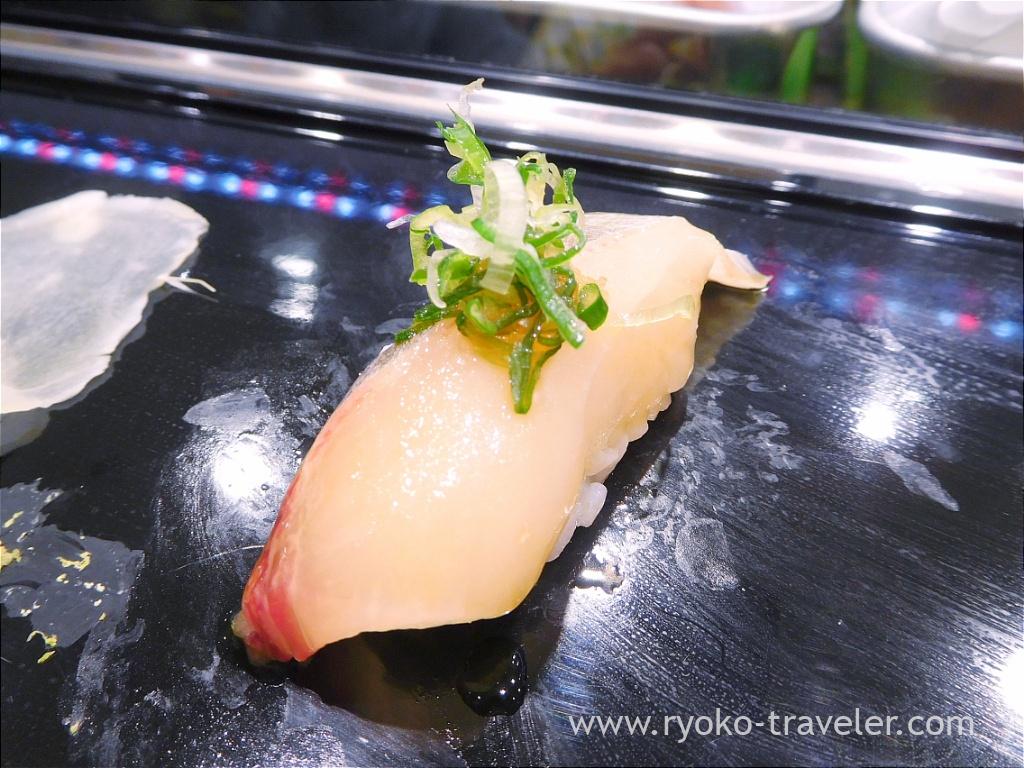 Marbled sole. It had crunchy texture a bit. And the texture and the sourness of plum was good. 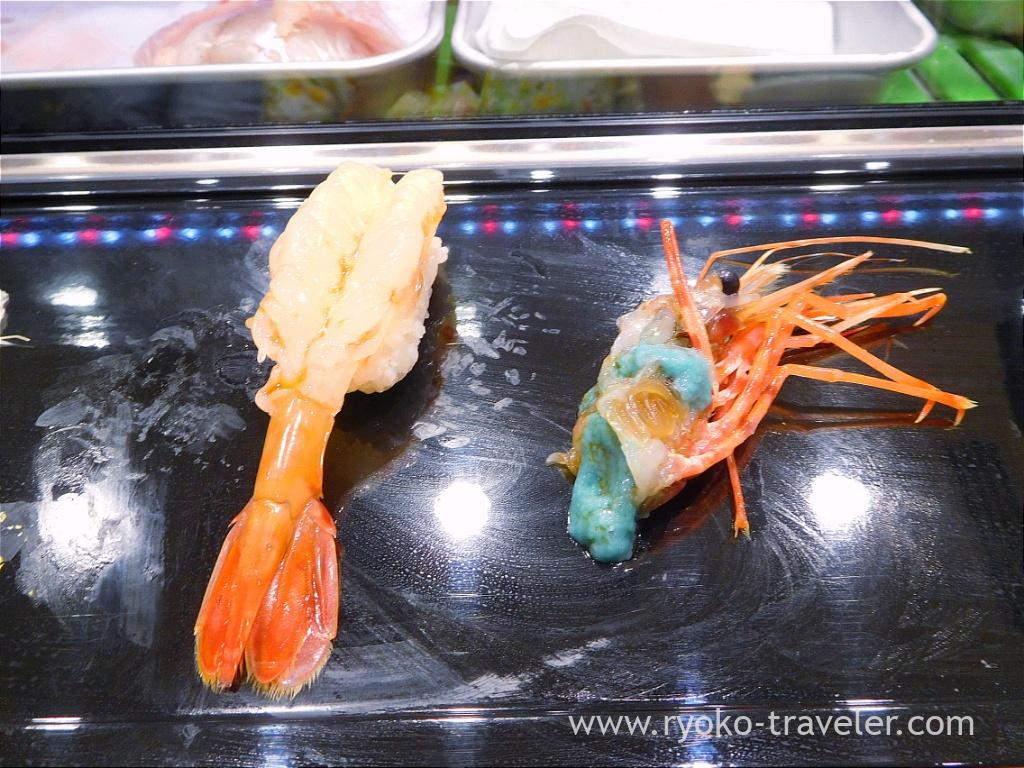 Spanish mackerel. It was frilled rightly on the surface. 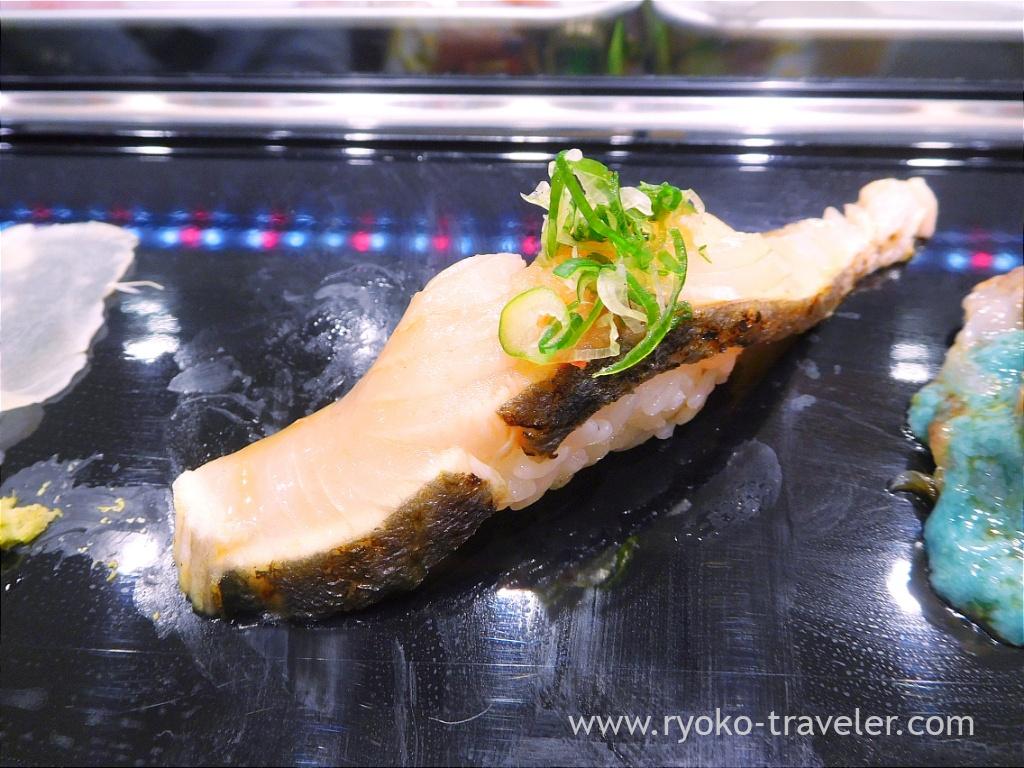 Garfish‘s sushi was good, too. 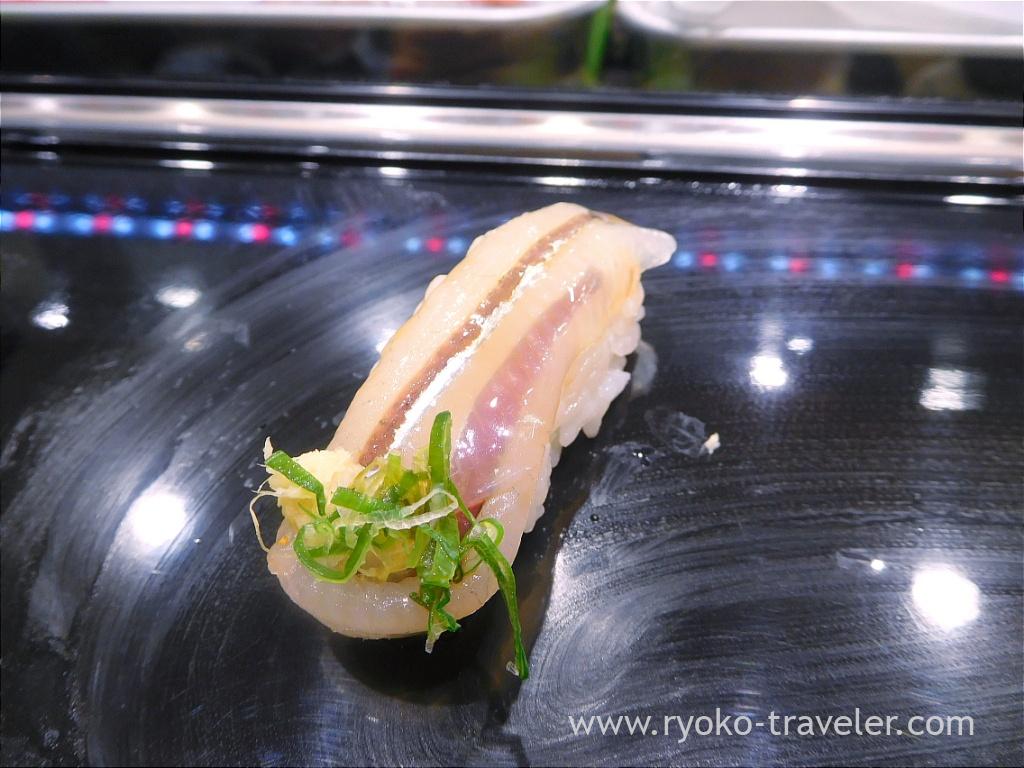 Last my friend shared his futomaki to us. 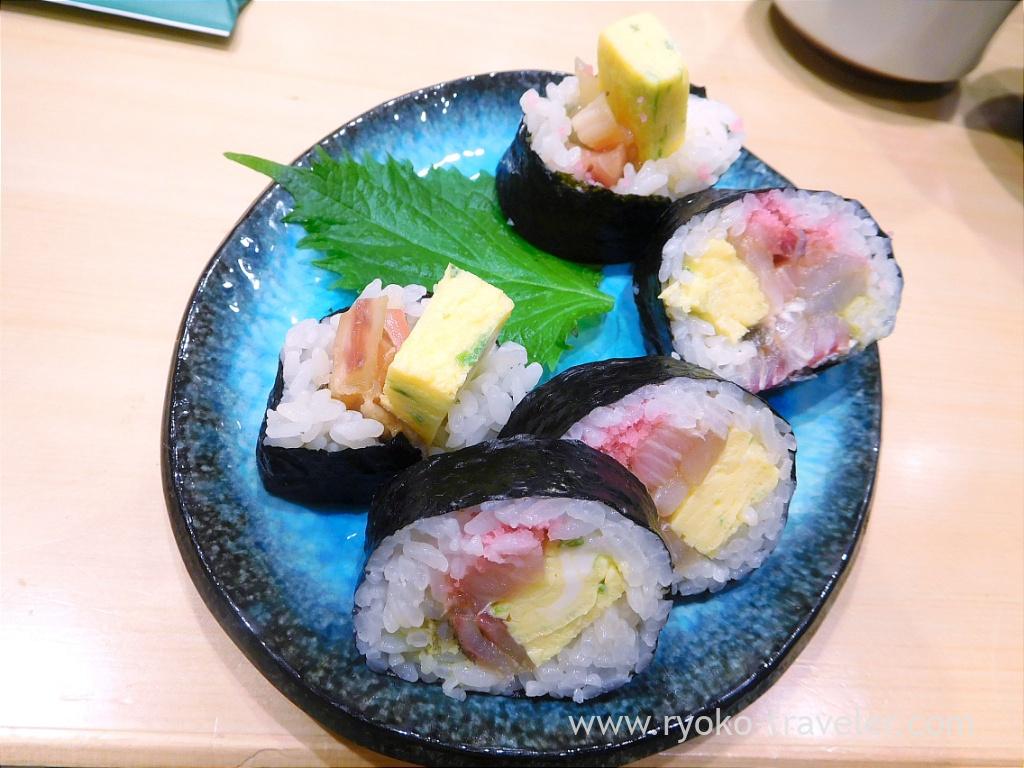 My stomach was full with my delight seafood ! I felt I’m heaven.

Kashigashira's seafood curry continue enveloping ! This is a sequel of the Kashigashira 1/2 yesterday :) Nigiri ...

I often go to Tsukiji for breakfast, but I always go to same places (Yonehana, Odayasu, Torito and so on) So, I asked t...

My delight young sweetfish came back ! I visited Tenfusa in Tsukiji market after a long long absence because of my del...

Galette time ! I went to the cafe that have high reputation of galette ! This shop is close to Jinbosho that is a town...