Hajime Sengyo-ten is the farthest lunch spot from my office. It is my limit.

The chef serves only 20 lunch sets on weekday’s lunchtime. Stand-up-eating style shop.
He put daily lunch menu in front of the shop. I took time to choice, and I decided to eat Hatsu-gatsuo with the word “The best season” on the menu.
“Hatsu-Gatsuo” is usually translated as “First bonito” in English.
Originally, bonito is caught in Spring and Autumn in Japanese waters.
So bonito caught in Spring is first bonito of the year, and it is called first bonito.
Bonito is fish that travel in schools in the sea. During this season, bonito is going up from south to north in pacific ocean and they go through Japanese water  just now.
So, fishermen catch those bonito.

Well, now is Spring. Hatsu-Gatsuo is there. It looks like lean meat of tuna and certainly it tasted light.But it was enough fatty. 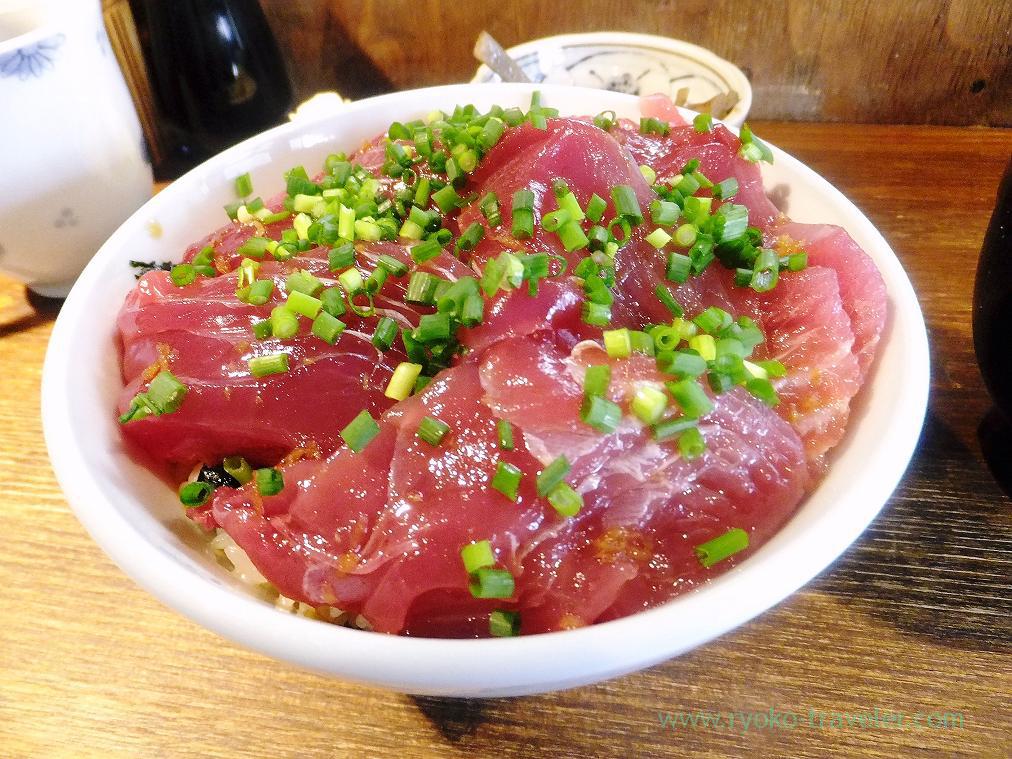 Shiny. Six thick slices of bonito on the rice. It was a gorgeous lunch  enough to take 40 minutes walk to the shop and back.
And I spent about 20 minutes in the shop. He takes only 3 minutes to serve dishes. So, I manage to eat up every time.

I rarely have breakfast at any shops along Monzeki street because those shops have seats outside. Too hot in Summer, and...

I felt hungry just after got out of the shop I went to Tsukiji at workday's lunchtime the other day. After all, I went...

I don't know how many years had it been since the last time I spent my time in cafe at Omotesando. Sometimes I have som...

I didn't have the promise, but I had undertaken going to the pizza dinner as a replacement who couldn't go because of il...

We went to old kissaten in Tsukiji that is ending their business the end of this month. Kissa Hiyoko I had just ...
Shiro-noir at Komada’s Coffee (コメダ珈琲店津田沼店) in Tsudanuma
Siem Reap 2014 (6/8) : Preah Khan and Banteay kdei