I wanted to eat raw tuna at lunch, I went to Hajime Sengyo-ten near Tsukiji Metro Station.

This day’s menu was … 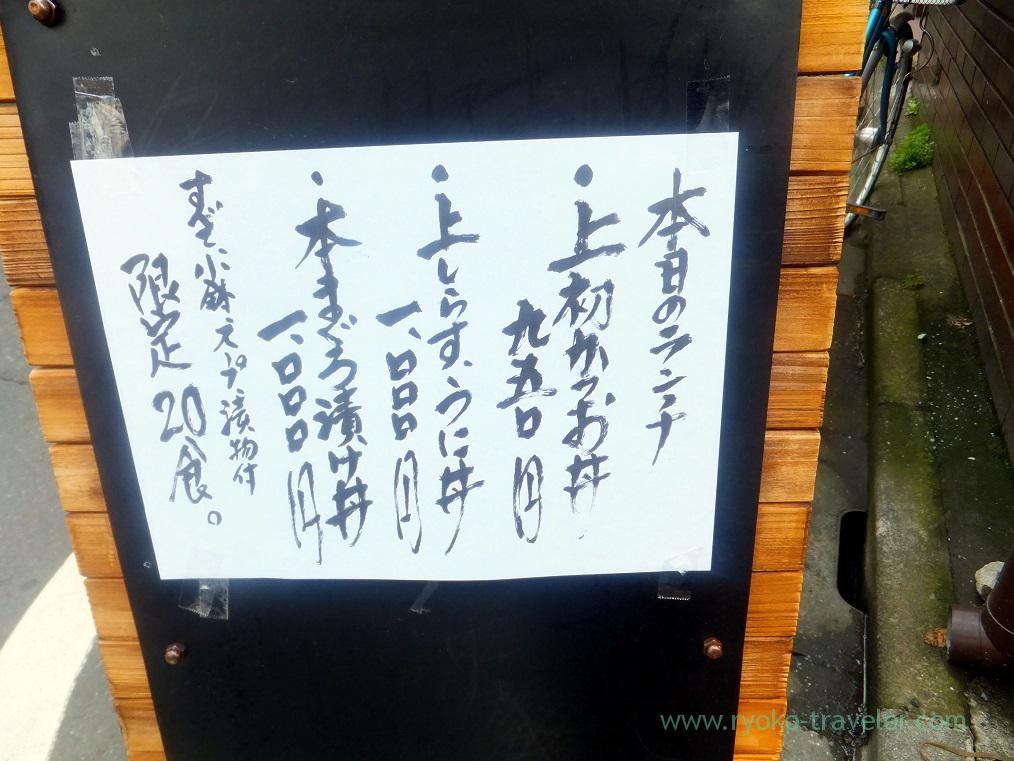 The word “first bonito of the season” attracted me, but I ordered a marinated tuna bowl.
I stuck to my original purpose 🙂 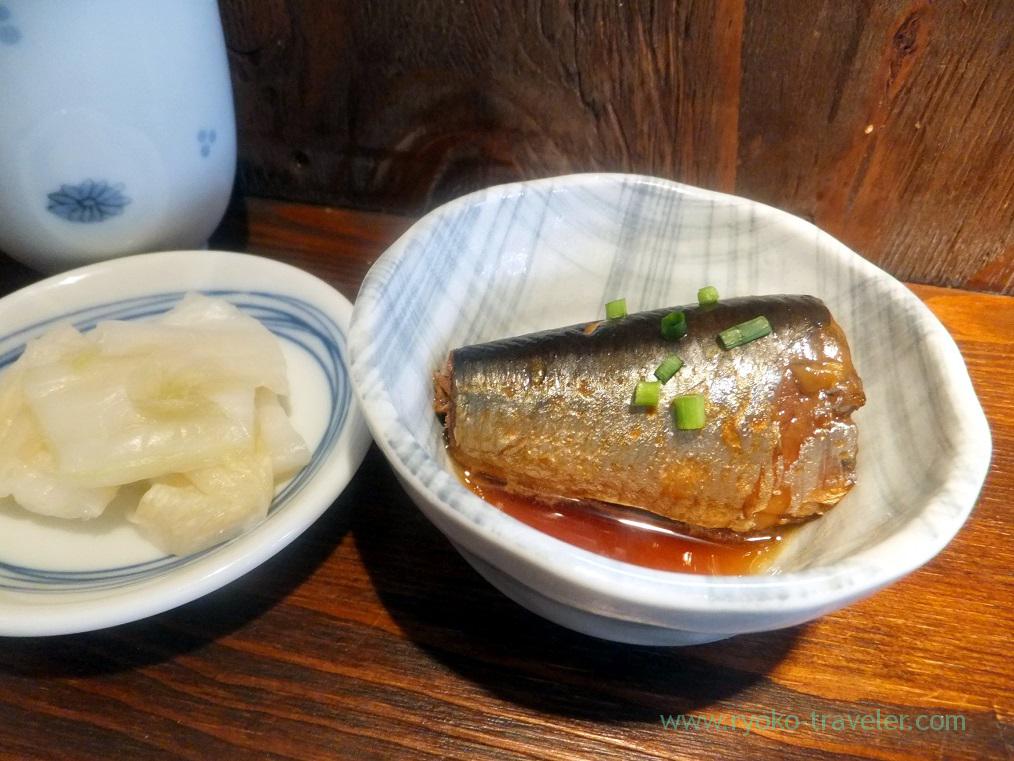 This saury tasted good. I wanted to eat bigger one as main dish.

After a while, my bowl came. 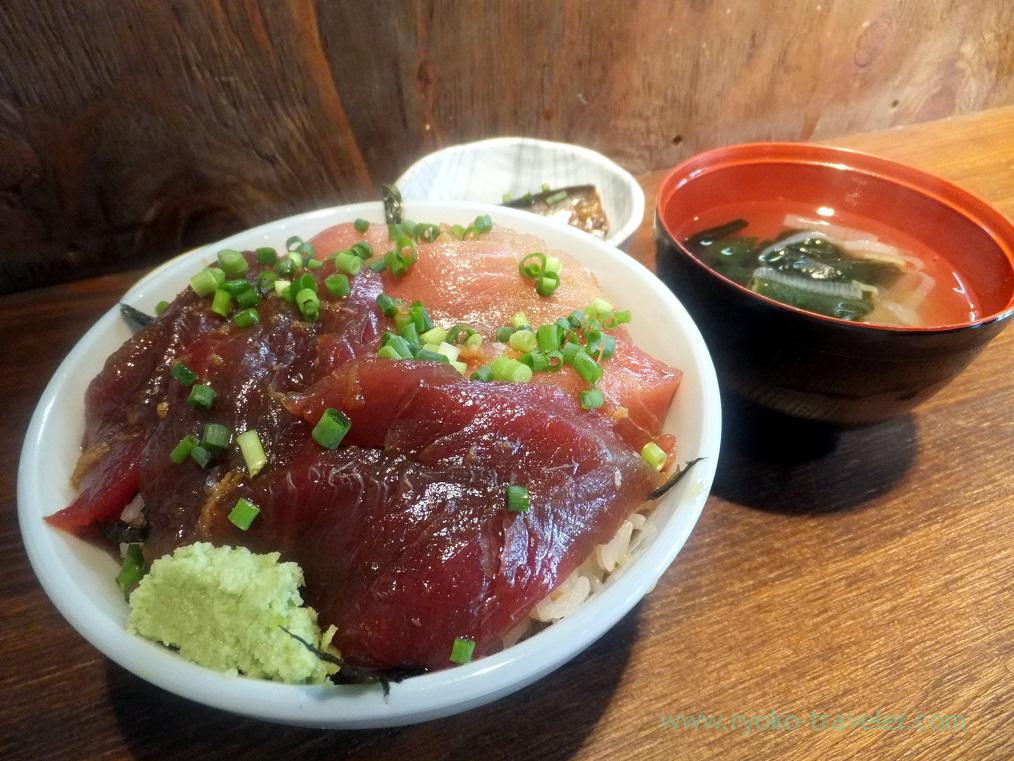 Plenty of pickled tuna was on the rice.
Lean meat and medium-fatty tuna.
As you see,the rice was completely covered.

Recently it getting hotter and hotter. It’ll become hard for me to go to Tsukiji at lunchtime.
I have to walk to Tsukiji very fast because Tsukiji is far from my office.

Special kakigori only for limited Christmas season Happy new year ! and I look forward to your continued good will in...

Tsukiji Market : Yonehana, with my friend :)

Hearty yakitori breakfast ! My friend said me to take her to Tsukiji Market on Saturday. This was the first time for h...

Finally, I could eat one of my target food ! Recently several blogs' posts about the limited foods at Odayasu attract ...