I managed to go to Hajime Sengyo-ten to have lunch under the brazing sun.
The heat is getting to me ! HELP !

“Today’s lunch” was it. I already ate almost all fishes on this menu… 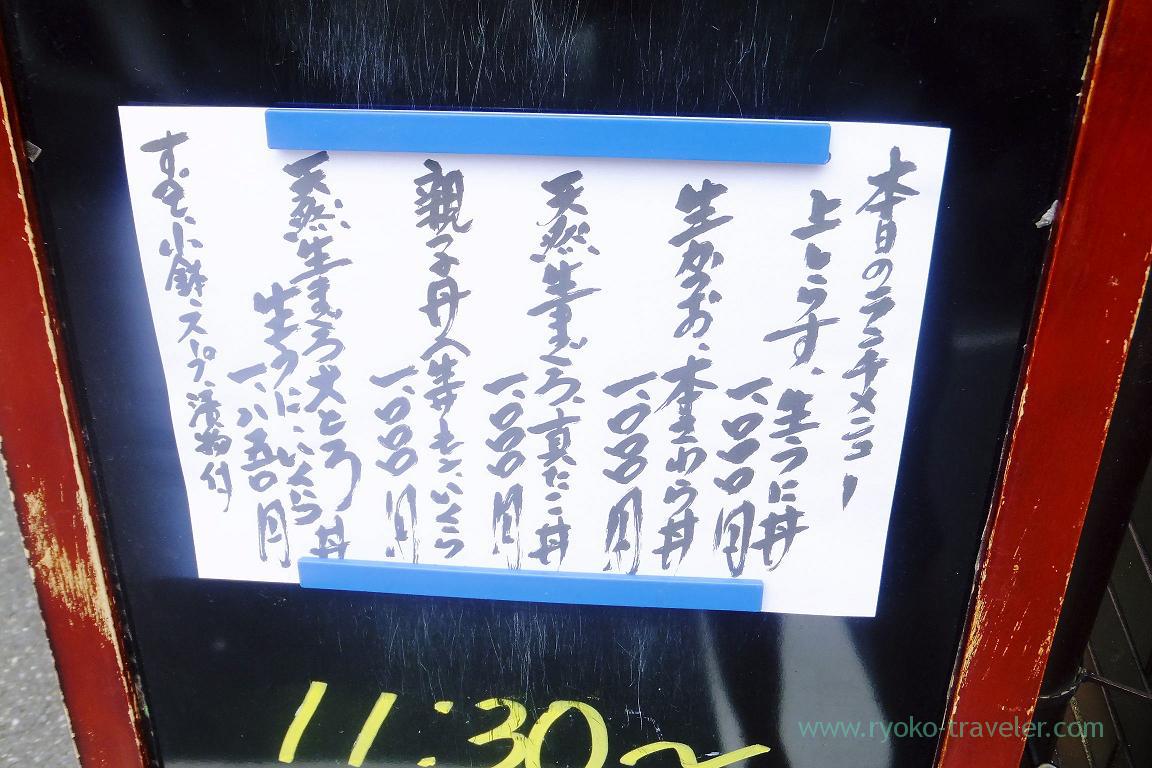 Umm. Hajime Sengyo-ten’s lunch menu change every day, but ingredients are similar every time. So what I hadn’t eaten on the menu is… just Spanish mackerel and salmon.

At Hajime Sengyo-ten, We have to pick our small dish, pickles and tea at the counter by ourselves because only one man working there.
There were two types of small dish. Kinpira (fried burdock and carrot with soy sauce) and crab and turnip salad.
I took crab and turnip salad behind kinpira because it seems to have refreshing taste. 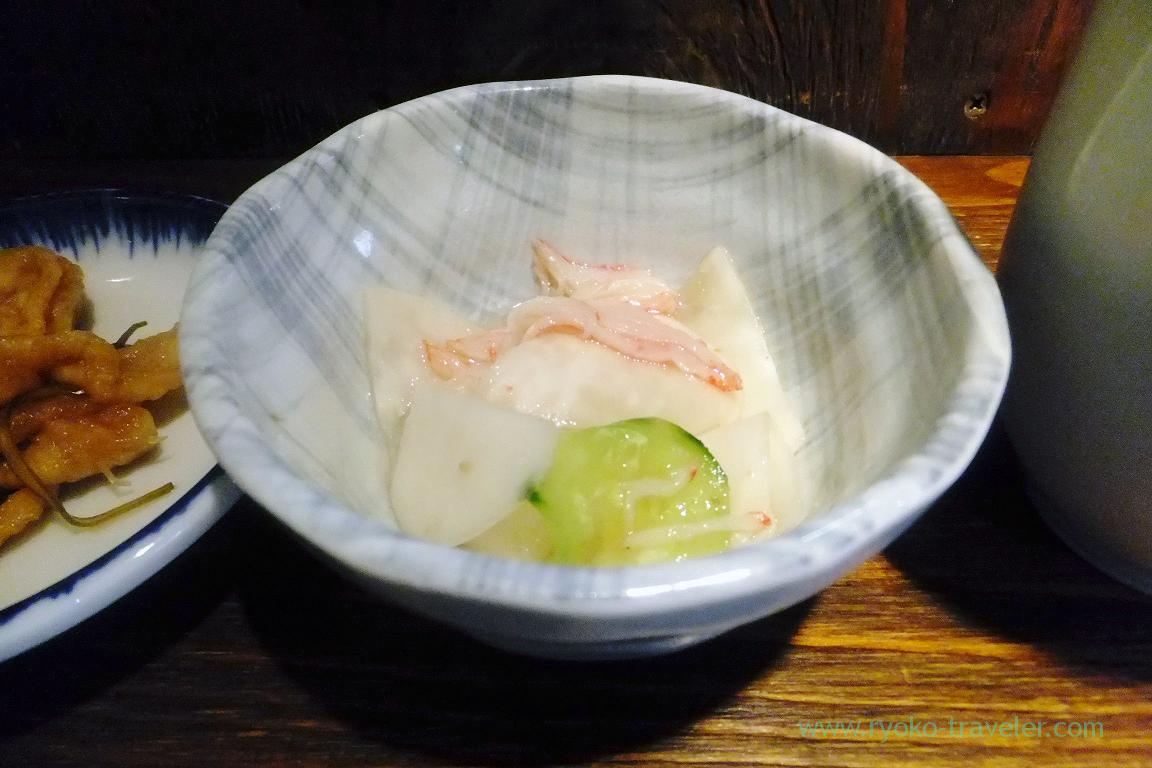 What I ordered after all was Bonito and Spanish mackerel bowl 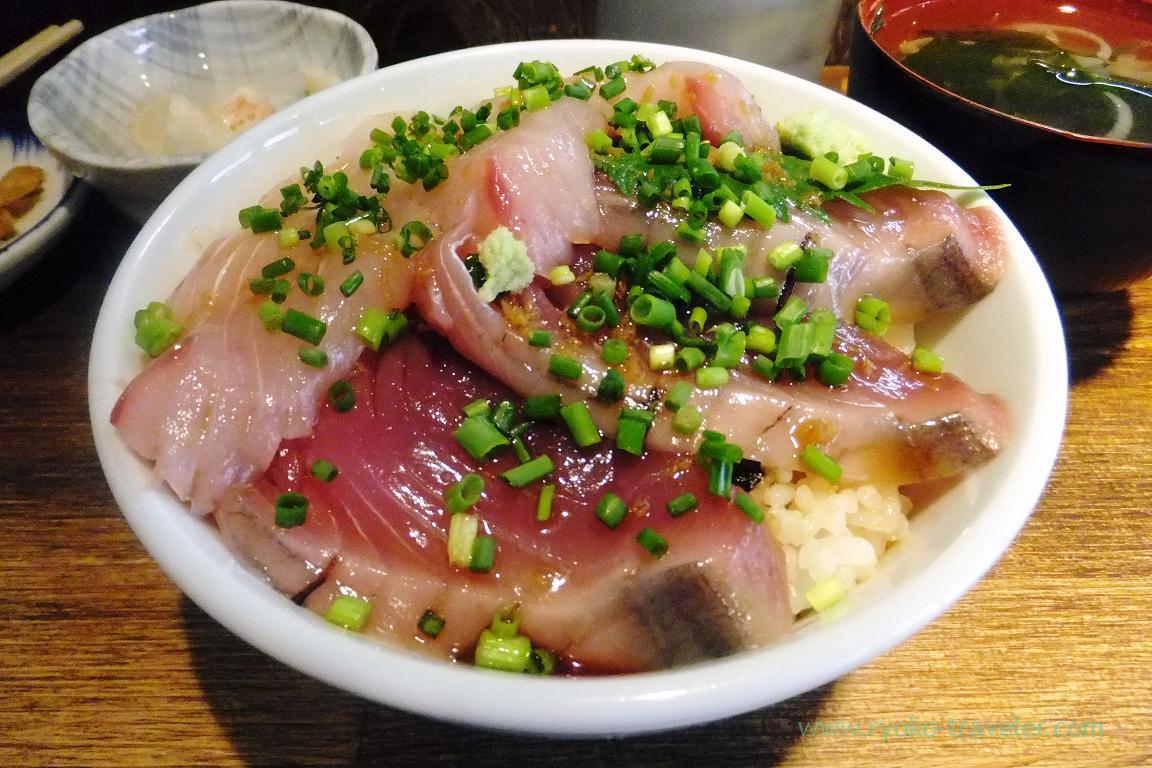 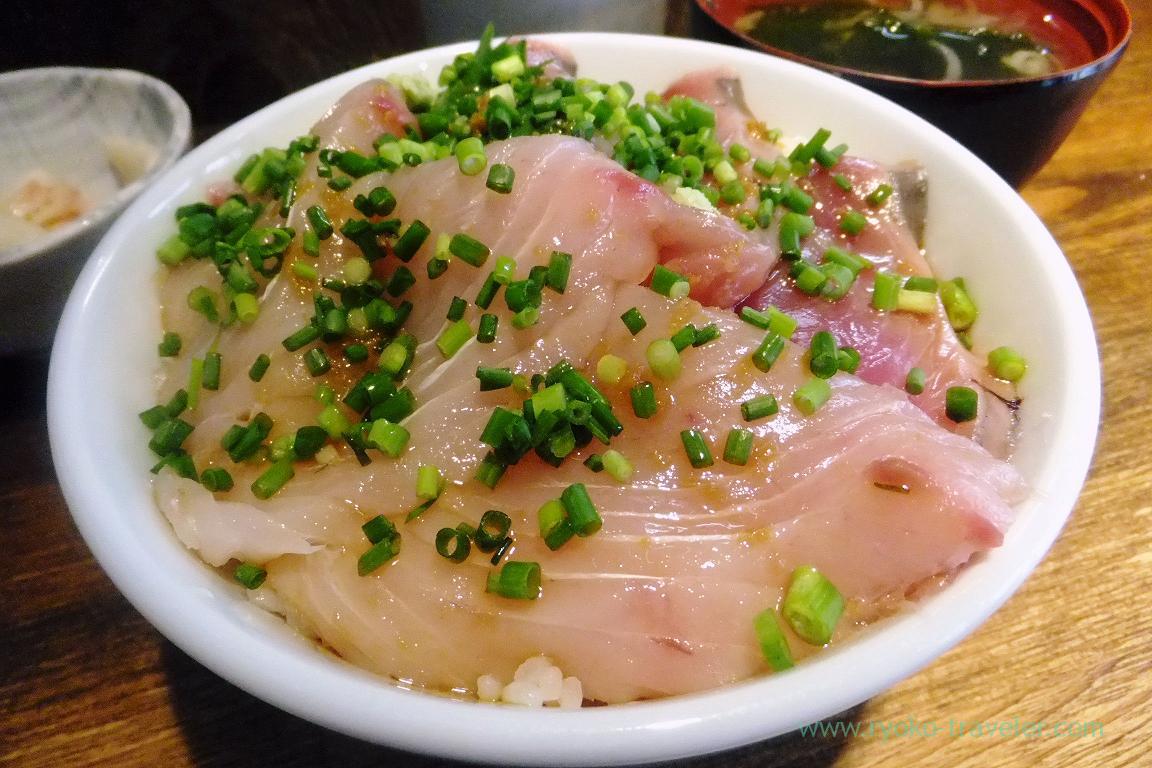 Hajime sengyo-ten is stand-up-eating izakaya. So I have to keep standing all time during my lunchtime when I go to Tsukiji on weekdays’ lunchtime even in such a muggy season. But somehow, I’m not exhausted. On the contrary, Hajime Sengyo-ten’s sashimi bowl cheer me up !

Recently Hajime Sengyo-ten upload “Today’s lunch menu”. I was very glad at first, but they are too late !
They upload it after lunchtime ! WHY!

Higashi-Ginza : Lunchtime at Persil for the first time

Healthy and happy lunchtime. I visited Persil several times,but this was the first time to eat at lunchtime. Lunch ...

I feel like eating cold ramen much this summer. At first, I visited Ramen Ichizu in Kinshicho district. It stands i...

We ate hot cake again :P My friend took me to the cafe that serve tasty hot cake. At Ochanomizu. Mijinko ...

This week's breakfast at Tsukiji ;) I felt like eating fresh raw fish, I went to Kato 2nd, August. But I passed thro...
[Beppu Onsen] Seki-saba and Seki-aji at Kamesho Kurukurusushi (亀正くるくる寿司)
Rinsuzu Shokudo (りんすず食堂) in Ojima