Four season is relaxation space for us.

After eating at Choseian, we took a rest at Cafe over a cup of coffee.
We intended to do then. 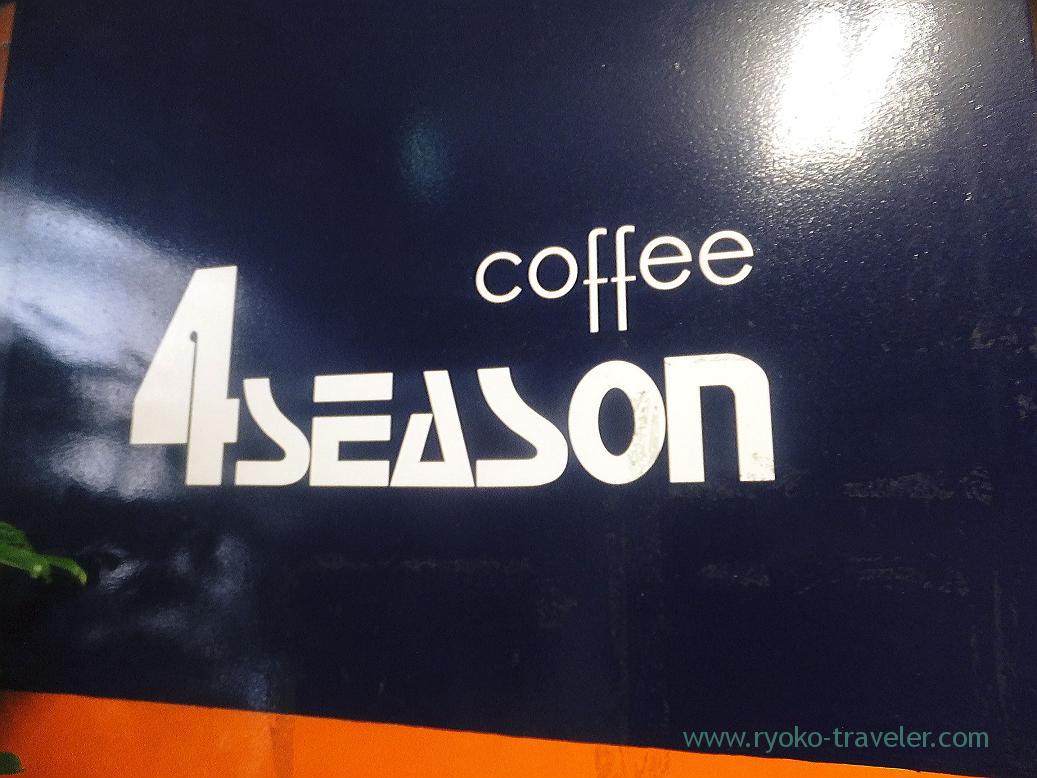 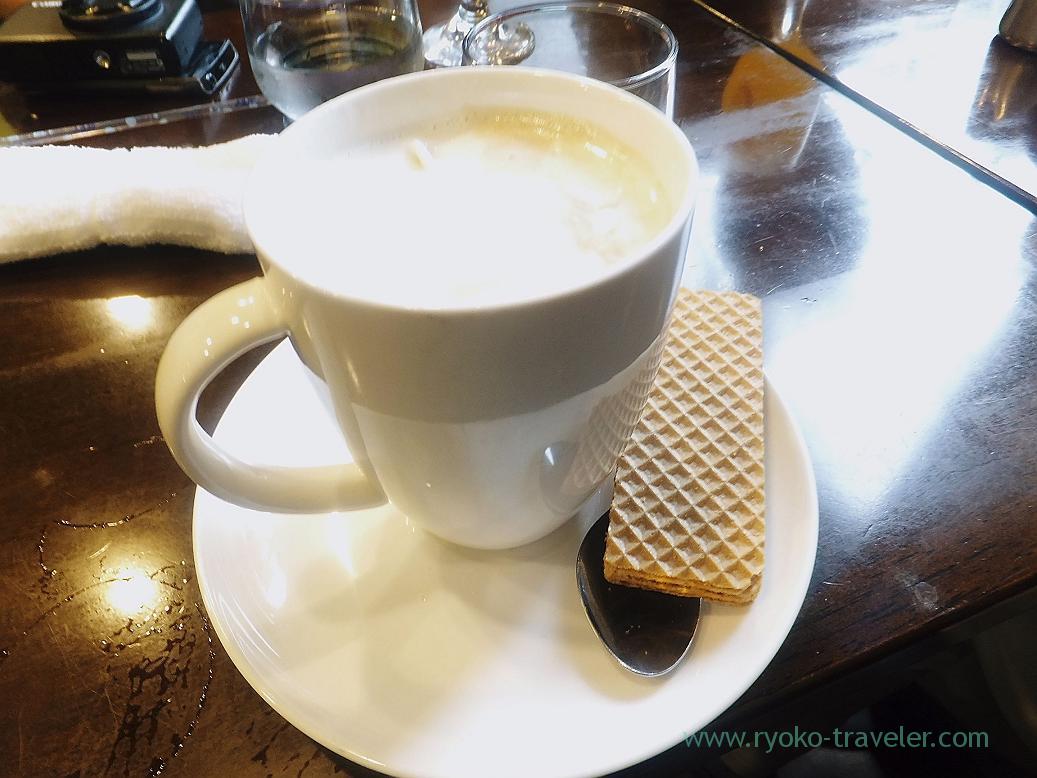 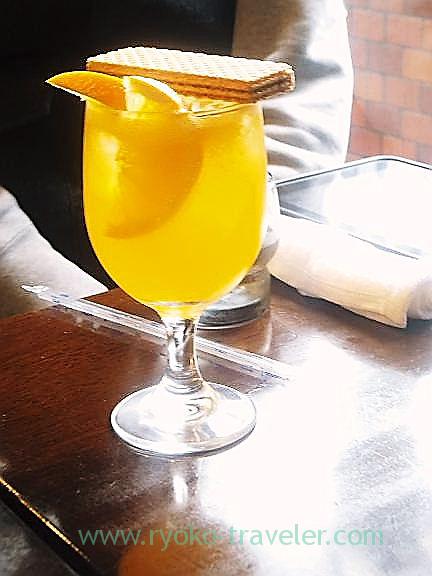 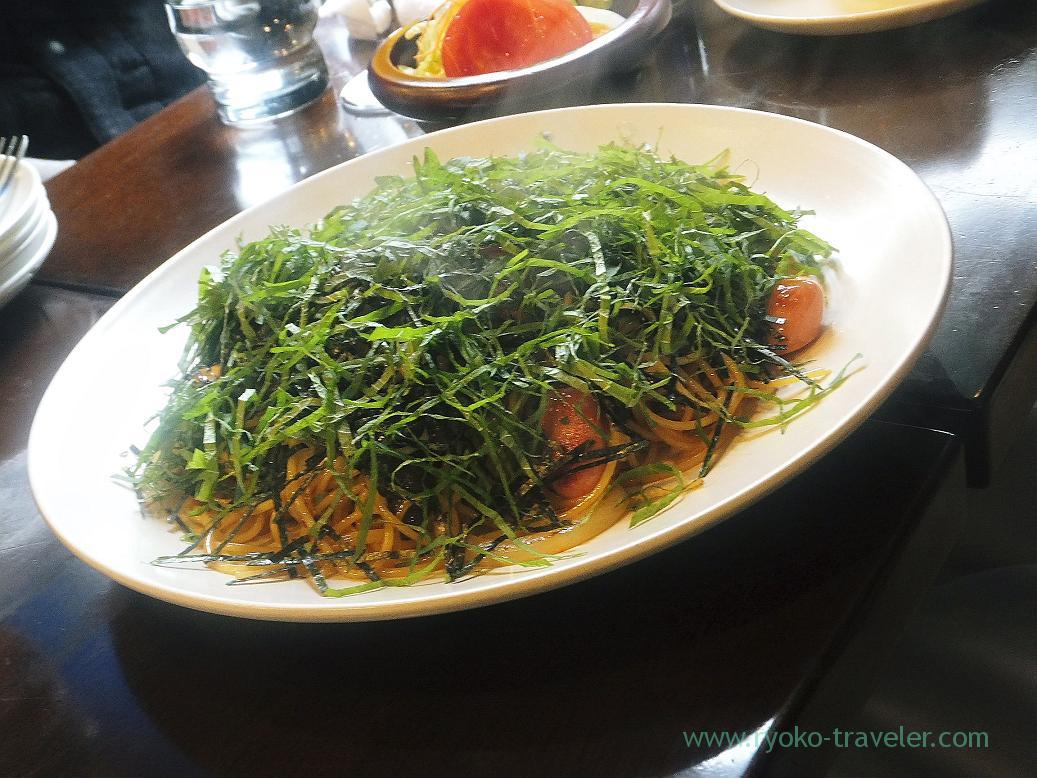 What did he think he was doing   ?

Well, he wanted to eat just a little. And he gave us remain… 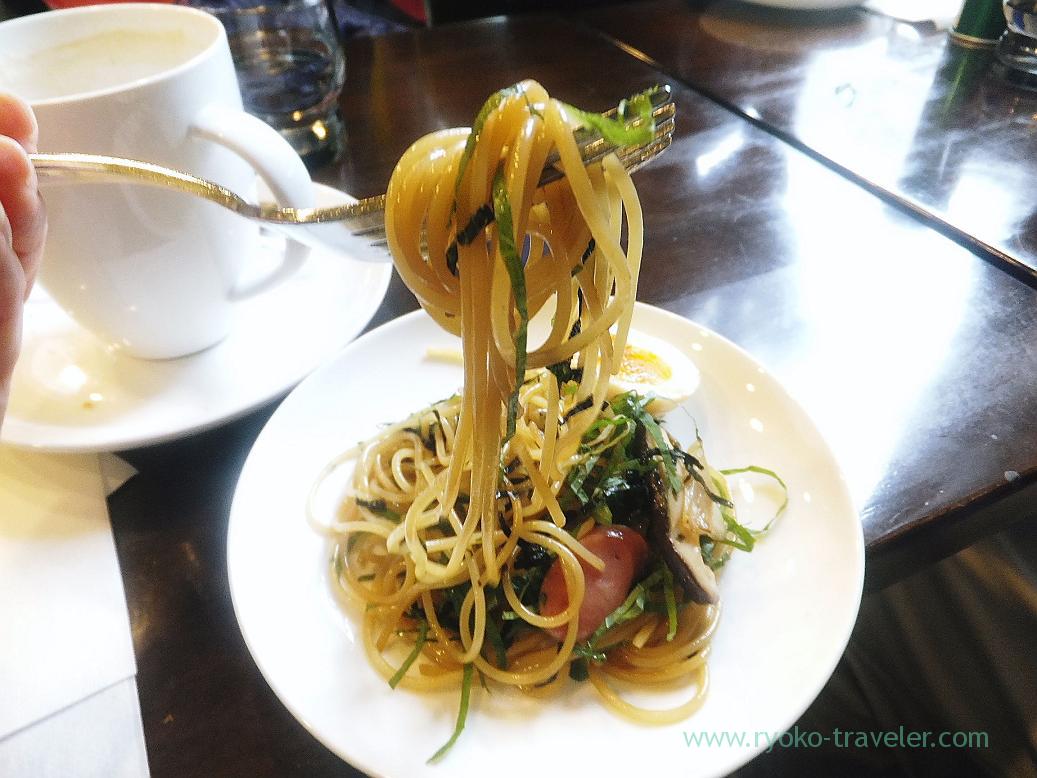 Though I was full, but I felt like eating it a bit by the good smell of it.

The spaghetti was fried with soy sauce and it was tasty as usual.
But strictly speaking, this is not spaghetti but fried noodles 😛 Plenty of shiso (Japanese basil) were on it.

I couldn’t eat shiso at all before, but now I like it thanks to Tsukiji.
Because tsukiji’s eateries serve good shiso !

I don’t know whether our stomach could take a rest sufficiently, but anyway, we went to next restaurant.

Coffee in the renovated old Japanese house. We had break at Sumida Coffee after years absence. Sumida coffee still ha...

There's some eateries that I hadn't visited. One of the eatery was ... Yajima It is Chinese foods eatery like noodl...

Irie (いり江) was born in 1970 in Monzen-Nakacho. They are long-established kanmidokoro (Japanese confectionery cafe). I l...

Pls remember to bring plastic container... Though I didn't post about chef's choice of Yonehana, I go to Yonehana for ...
Tsukiji : Spring tastes at Choseian
Ginza : Very black curry at Ginza Hisagi