One of popular Indian foods restaurant in Chiba.

Motoyawata being considered for my new town have lots of Indian foods restaurants. Atithi is not far from the station, but it stands along calm street. Everyone seems to be Indian people 🙂

There’re three lunch sets. We chose C set that is the largest lunch set.
We can chose two curries from about five species of curries, and rice, salads, two tandoori chickens, achar, naan and drink. It had mutton keema and chicken saag. We chose our drinkslassie. We can have second helping of naan and rice at both lunchtime and dinnertime. But don’t need second helping. Naan is enough huge. 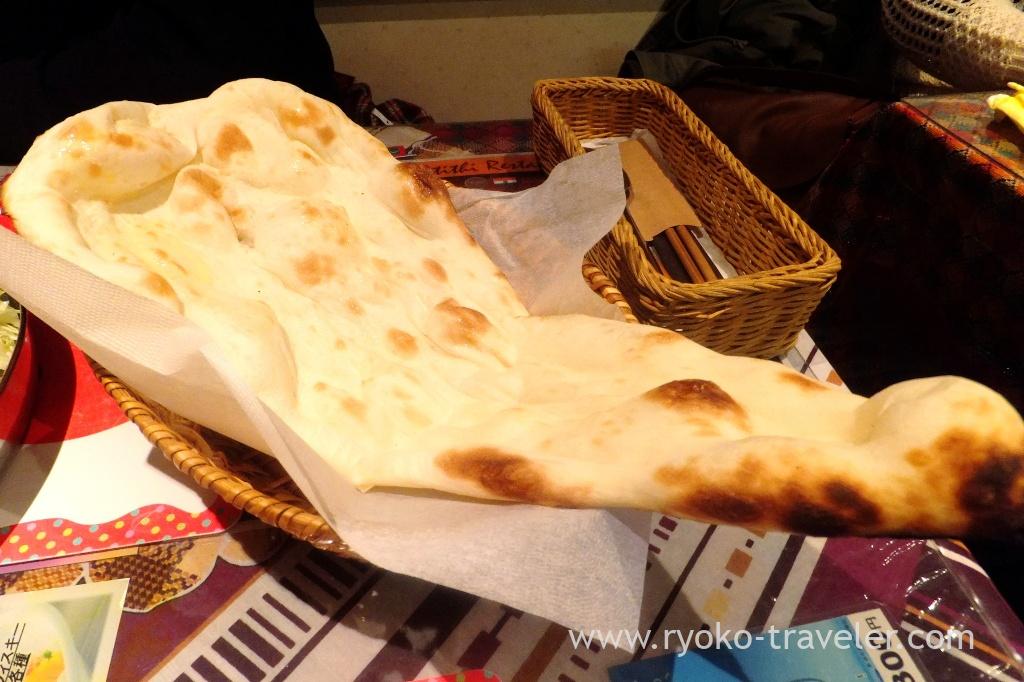 We brought coupon for change from normal naan to green naan and showed it.
“Green naan” is spinach naan. 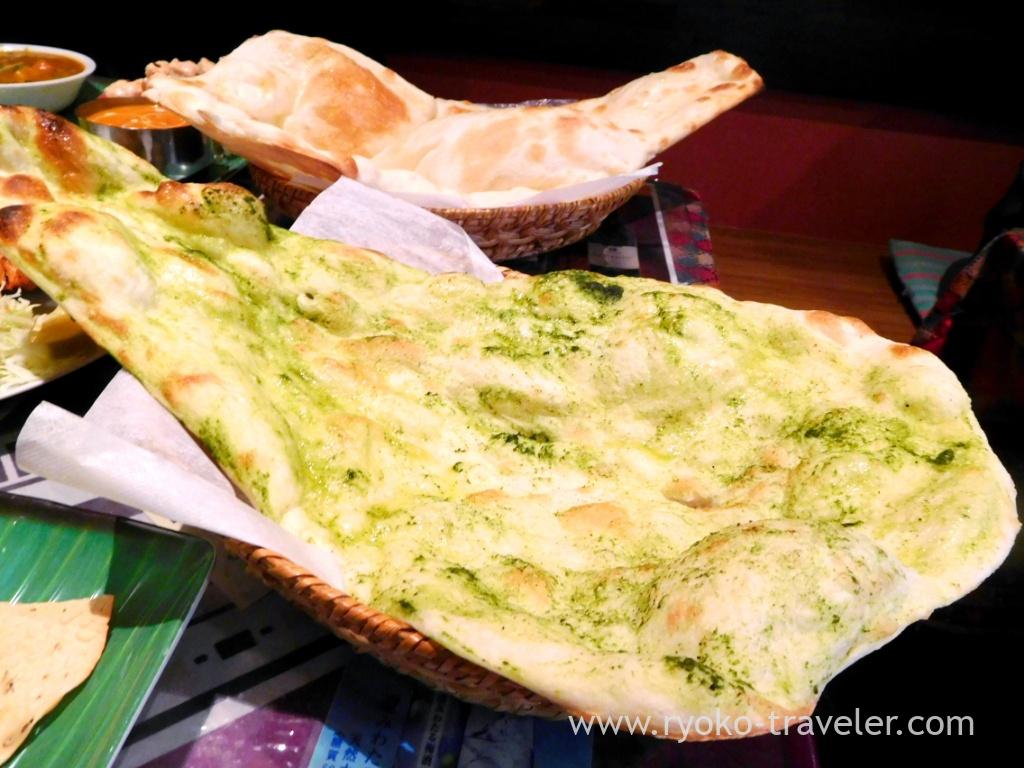 Their curries were spicy and tasty. It went with rice more than naan 🙂