Summer holiday of this year has finished and Tsukiji Market on workdays early morning took peace back as usual.
Also Yonehana had some vacant seats when I got to there around 7:20 a.m. 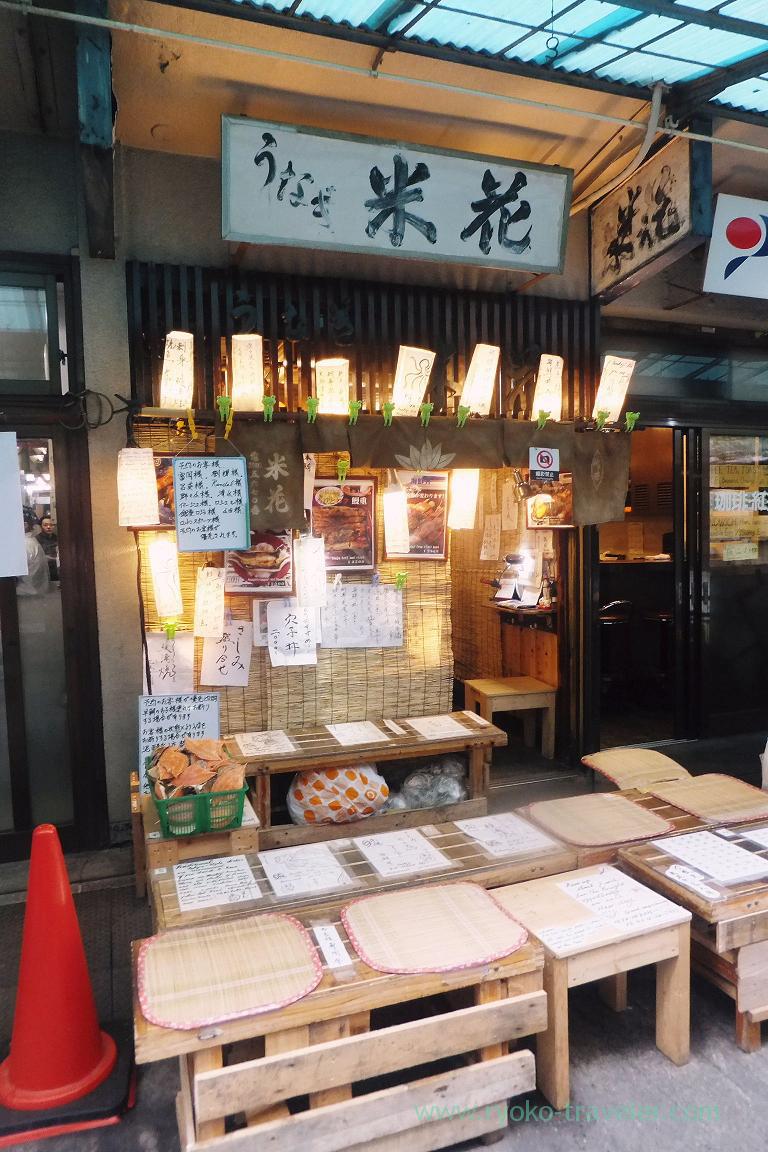 To tell the truth, I couldn’t wake up same time as usual.I stopped the alarm and thought, “I can’t wake up today…”
And then I fell asleep again.

20 minutes late, I opened my eyes slightly and saw Twitter.

At Yonehana, they cut bonito ! “It must be bonito sashimi !!!!!” “I want to eat !!!!!” I managed to wake up while shouting and got ready to go out and then went out. It only took 15 minutes ! I never gave up. I saw another person’s tweet

So, after I got to the station, I went straight to Yonehana without hesitation and sat down on a vacant seat.
The waiter said to the cook “One Chef’s choice !”

But I was so sleepy. I was about to fall asleep….

After a while, matsutake mushroom rice in a large bowl and Autumnal eggplants were served. 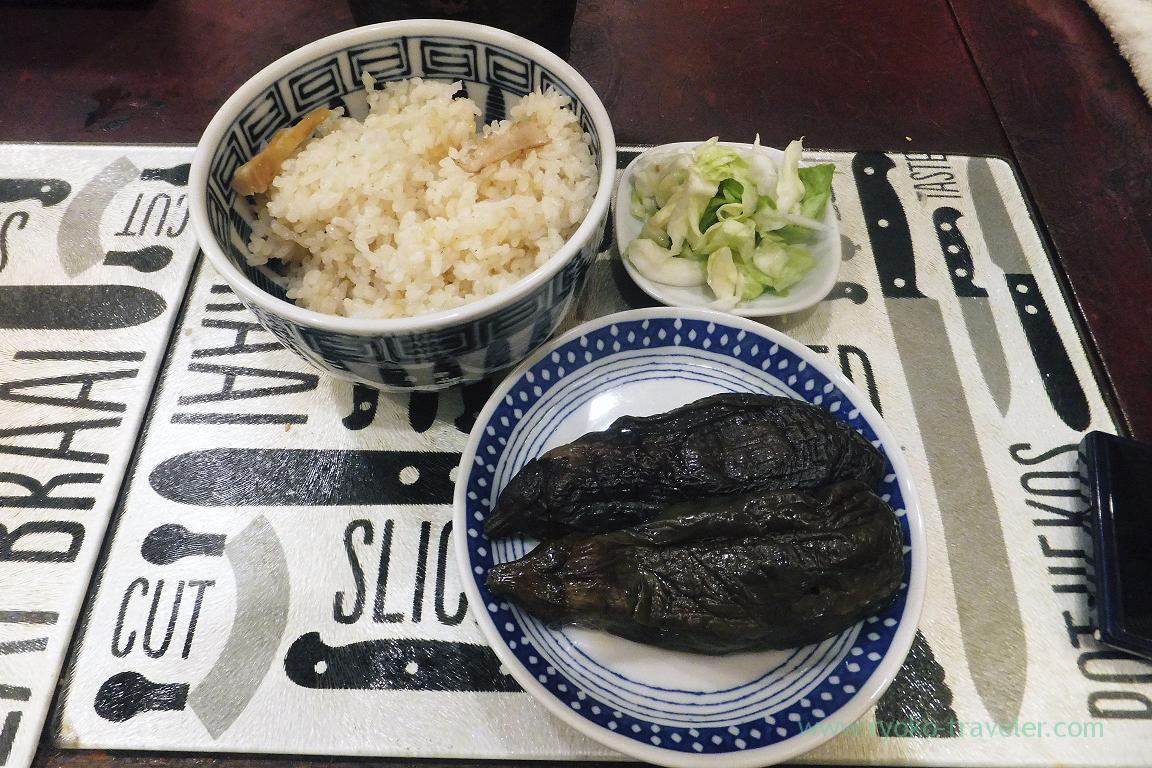 And then another dishes were served.

My breakfast completed.
Bonito that was my target that day, matsutake mushroom rice, and Autumnal eggplant.
Though muggy days still continue, part of Autumn has already come ! 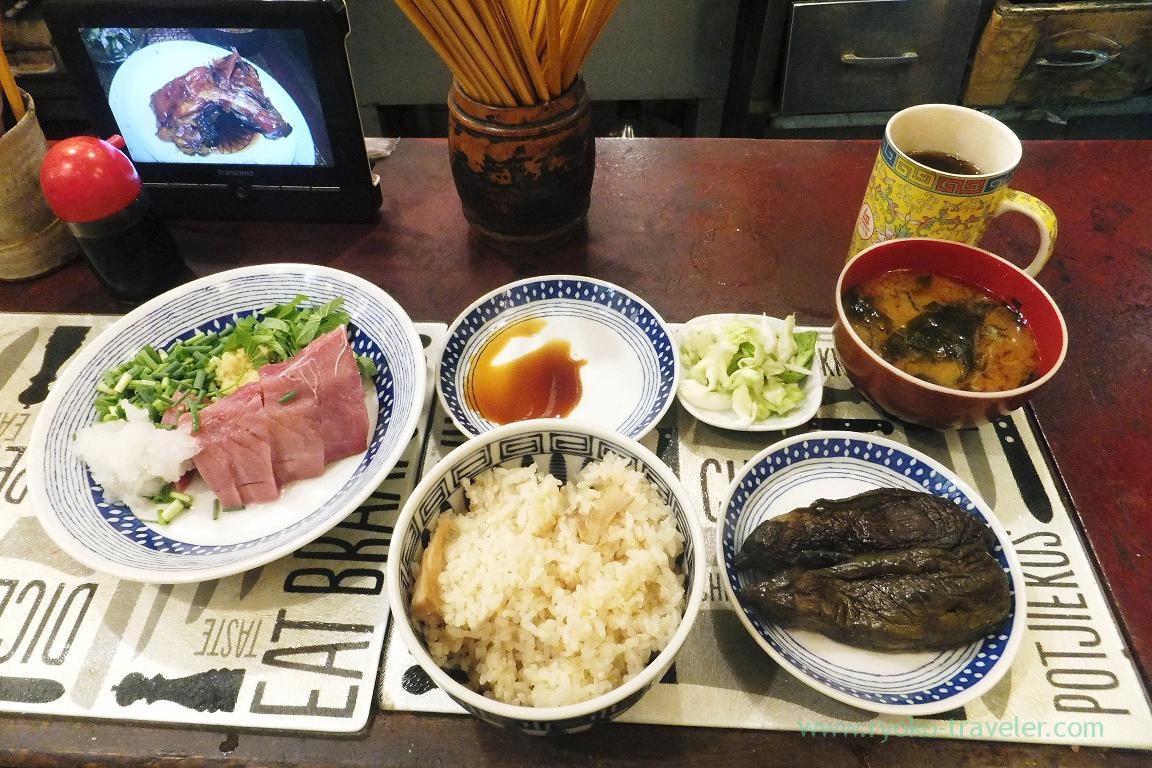 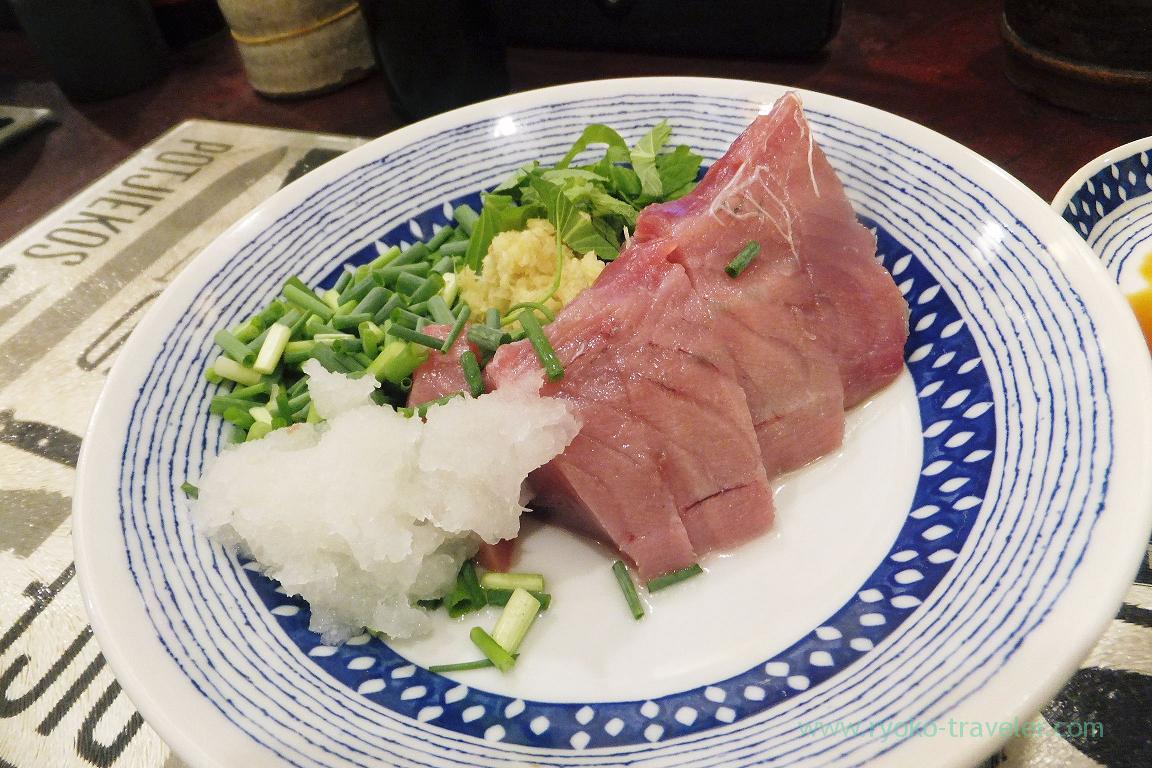 This thickness is Yonehana standard… maybe you can’t see such a thick sashimi at another restaurants. Just Yonehana !
Though those were so thick, these slices of bonito didn’t have any fishy smell 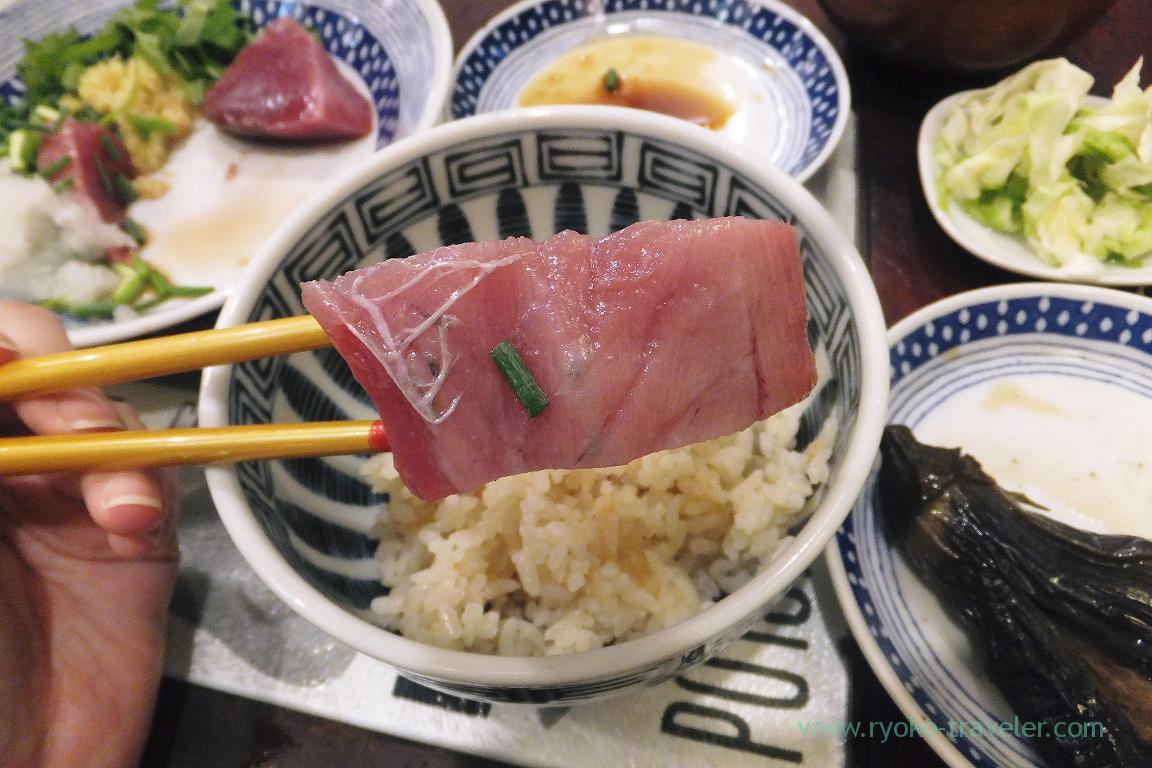 When I finished eating, I completely woke up !

Special dinner with whole chicken and anko. My friend asked me to join their dinner at Aarti. Of course, I joined them...

Before summer coming... There's a shop in Tsukiji that I had wanted to go for a long time. That's not a seafood shop. ...

Many people says Cutlet Yotsuya Takeda (かつれつ四谷たけだ) serve awesome fried oysters with butter. But I hadn't been to there ...

I heard there's a ramen shop who serve ramen in collagen-rich soup with shark's fin. I found they are located on the 4t...

Elysian lunchtime is past quickly Hajime Sengyo-ten is my regular lunch spot on weekdays. But it is hard fo...
Tsukiji : Limited “Edomae” at Kichiya (吉弥)
Shintomicho : Early summer and Autumn in a course at Sushi Hashimoto (鮨はしもと)