Inflight meals of Korean air and my hotel at Siem Reap

I got back from Siem Reap a week ago 🙂 It was wonderful trip for me.But I got tired because our schedule for the trip was packed and our plane was full.

I went to there via Busan by Korean Air. I don’t have good impression of Korean air because of Korean Air Lines bombing incident some decades ago. I was very nervous in the airplane.
But our airplane reached at Busan, and Siem Reap without any problems 🙂 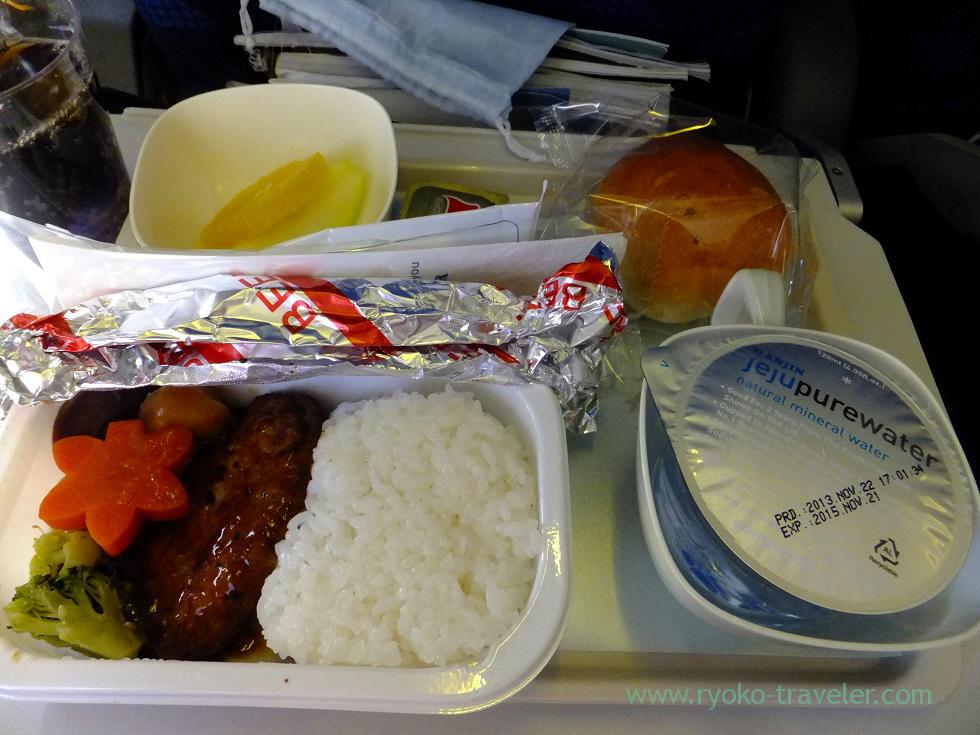 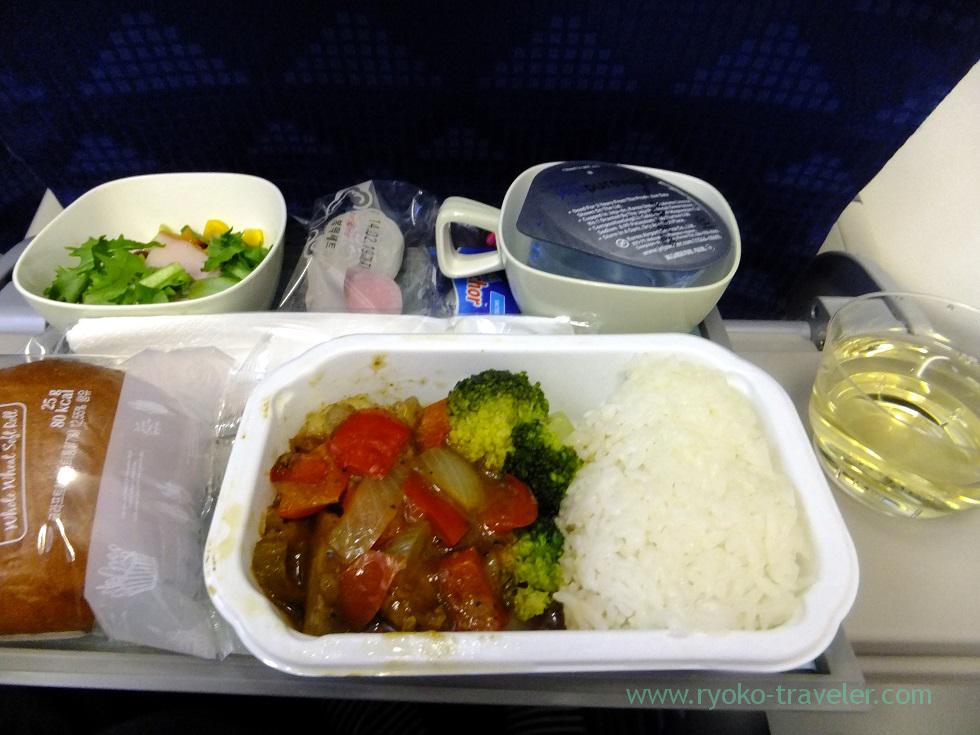 Each meals so-so. 🙂
Expecially those breads were good. I hadn’t eaten tasty breads in airplanes.
And the dish was Korean-foods-like spicy 🙂

But, at Busa Airport, I bought such a foods at Seven Eleven to kill time. I couldn’t eat up the tteokbokki snack because it was very sweet. After I had one bite, then I threw away as refuse 🙁
Though I eat up foods basically…. 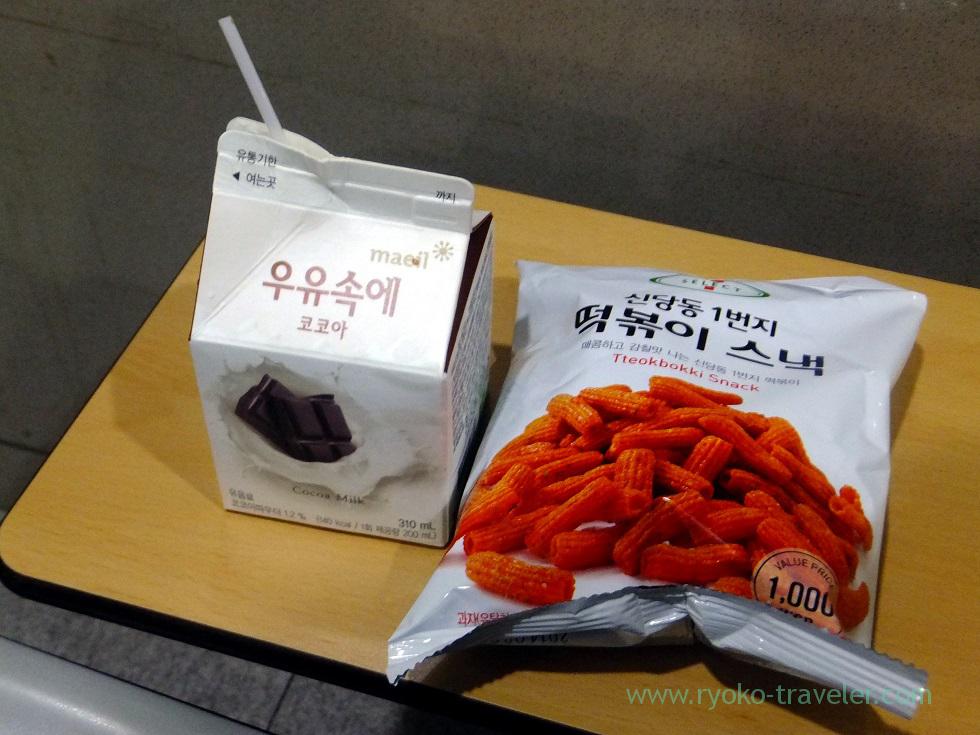 Our hotel was City Angkor Hotel. 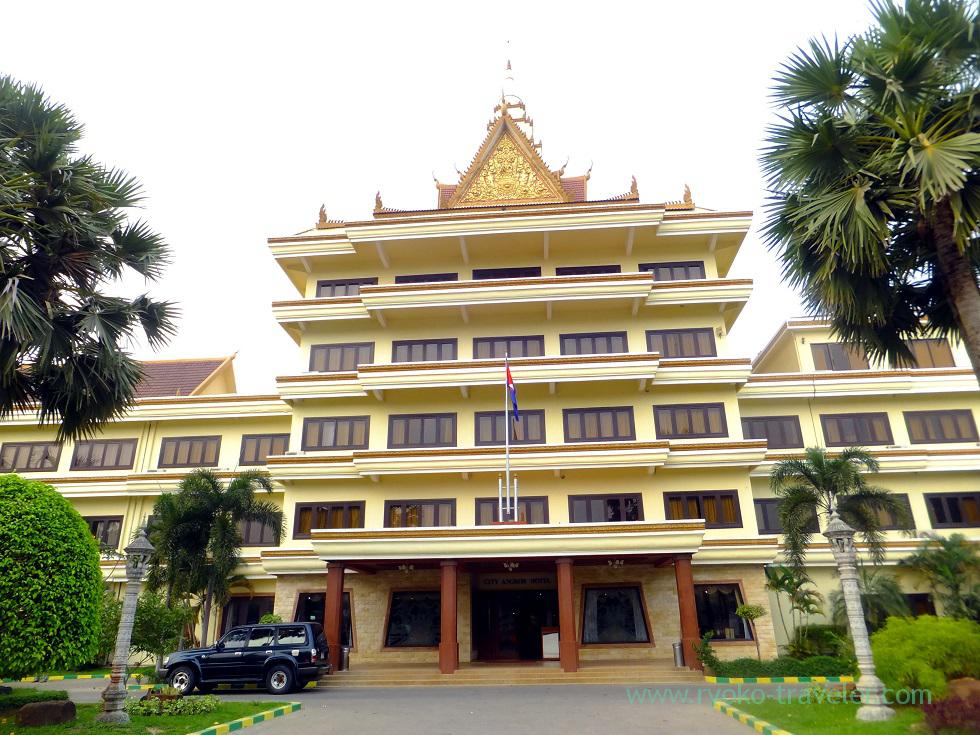 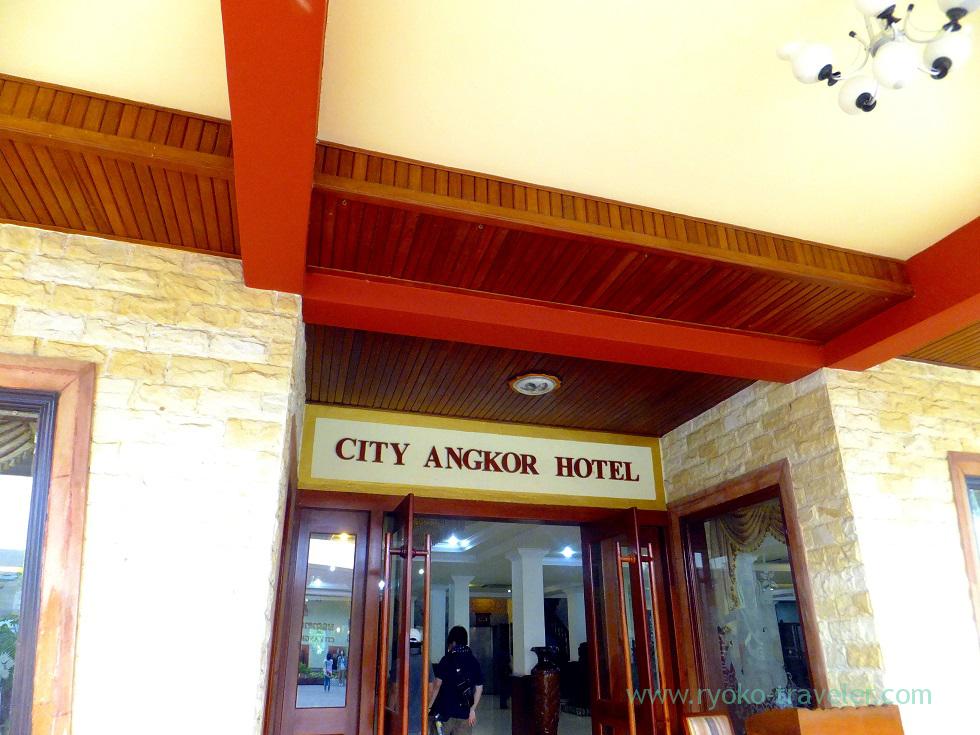 Almost all guests were Asian people like Korean, Chinese and Japanese (^_^;)
This hotel seems to be the hotel for group tourists of travel agencies.

Our hotel was old, but it was clean and my room was large though I stayed at the room by myself 😛 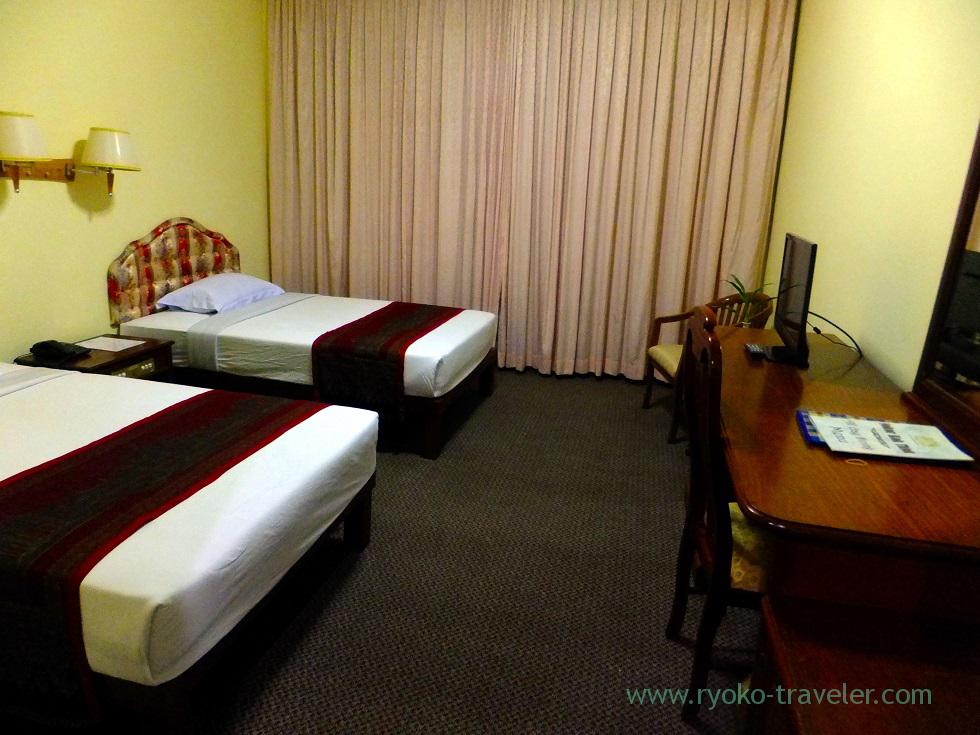 When I got to the hotel, it was already over 10 p.m., local time.
The hot water from the shower was lukewarm as I heard from my guide, but I managed to take a bath.

Last day of my trip in Siem Reap. Next, we saw Ta Prohm (តាព្រហ្ម). Speaking Ta Prohm, this huge tree is so famous....

Angkor Wat is overwhelming as expected ! Our second day's lunch was at Angkor Miracle Resort & Spa. It is five-s...

Beautiful sunset ... After taking a break for a while in our hotel, we went to see remains again. At first we went to ...

The second day morning, I had breakfast in the hotel. It was buffet style breakfast. This noodle was lightly season...

Great world heritage. This post is last post about my trip to Siem Reap 2014. It took much time.... It's already May ! ...
Inage : Curry dinner at Shiba (カレーレストランシバ)
Tsukiji Market : Shells set at Tonkatsu Yachiyo (とんかつ八千代)