I ate at buffet as breakfast at hotel.

A lot of French tourists were there, so there are foods like galette. I ate it,but I don’t like it because boiled onion in it 🙁
I only took a bite of it.

Well, I took a medicine to prevent motion sickness. And let’s go 😀

For about four hour ? Five hour ? Our car running….I dozed of. Then suddenly,I became unable to breathe.

No sooner I awoke strong wind from window made me stop my breath 🙁
But Ifelt well soon, and then car started runnnig again. Somehown we reached Shahrisabz.

He is AMIR TEMUR. 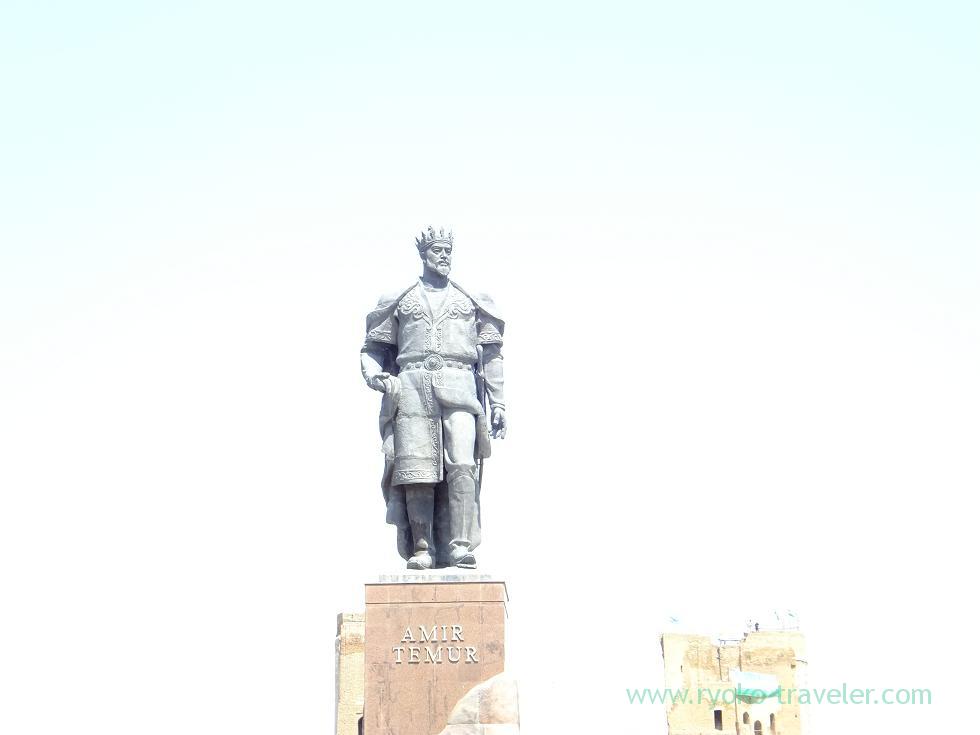 Why the picture blurred and having white light is not my fault but very very strong sun and high temperature. 😛
*Oq Saroy  Majmuasi

Well, this architecture have this pattern, too. 😛

Top of the architecture. I want to go to this top, too 🙁

Why I didn’t go to this top is I couldn’t go.
I became hard to breathe again.
And I felt a chill in spite of sunbaked climate 🙁

So, I gave up to go and sit down by the shade of a tree.
I felt getting better while waiting them. 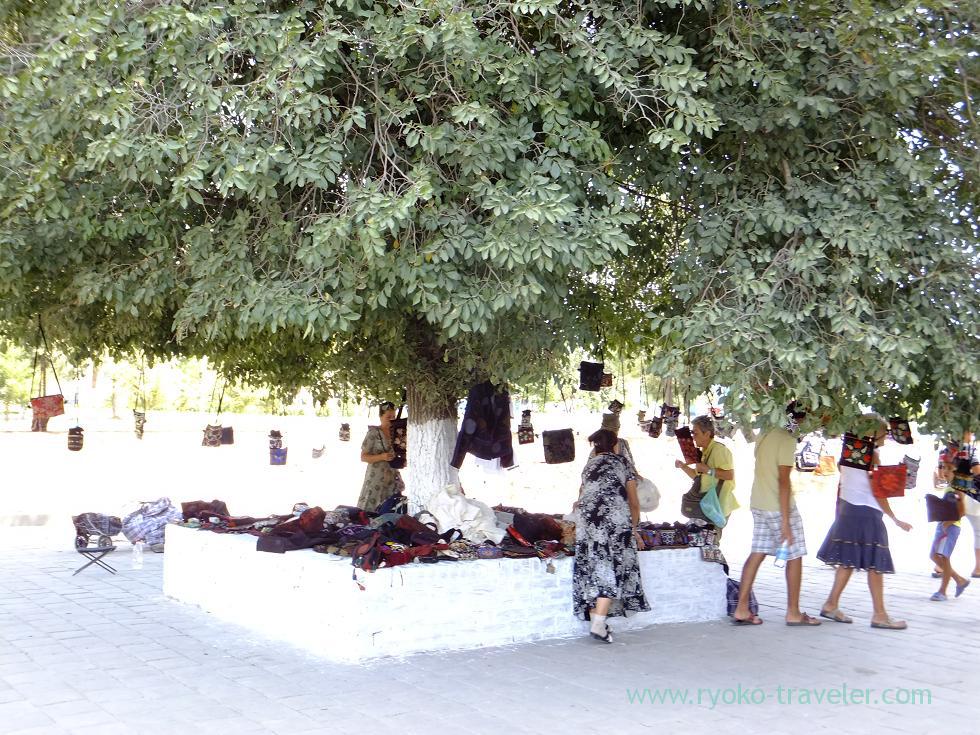 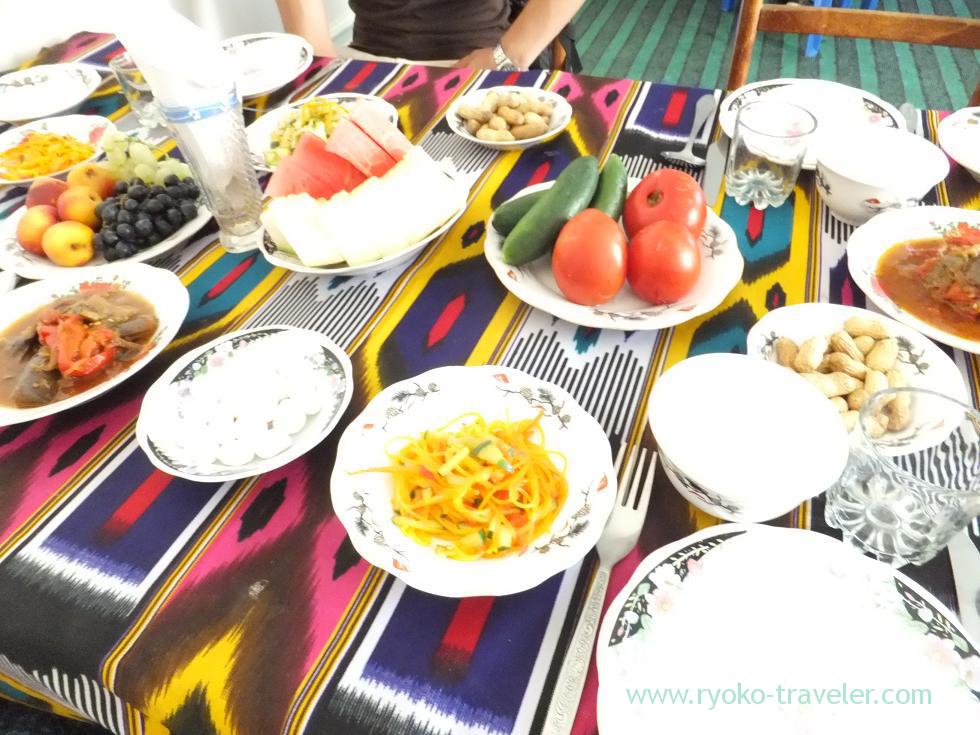 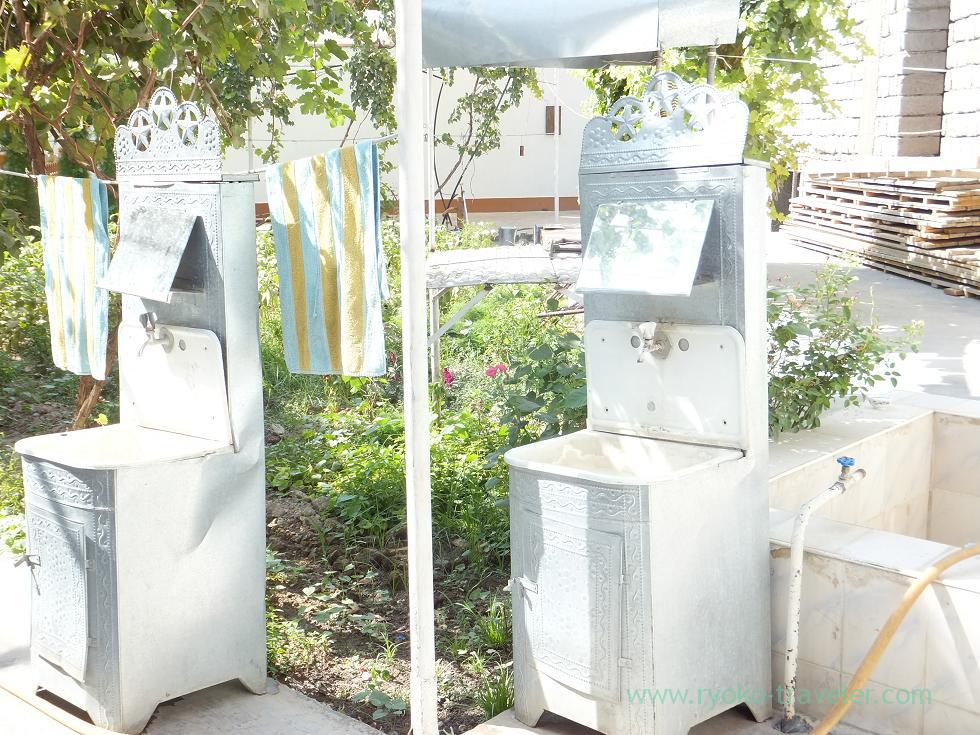 After finish eating luch, we left for Samarqand.
Of course, I took a medicine prevent motion sickness properly.

As I saw desert region, I felt asleep.
Unending desert.
It took about an hour, maybe, I got up to find myself still on desert.

A mountain appeared. We were going to cross a mountain.

Our driver said, “Let’s go as we breathe mountain air :)”
Then, no sooner had he opened the car window, I had trouble breathing again.
And I felt worse than ever,
Difficulty of breathing killing me.

I had became better soon before, But this time I couldn’t become better at all I felt a chill. In spite of I was under the blazing sun 🙁

Probably after about 20 minutes, I became a little better, so we started again.
(In fact, I didn’t get better well, but anyway I wanted to cross a mountain before my eyes soon. I wanted to arrive city area.)

I was thinking about why such accident occured to me on our way to Samarqand.

It caused me such a terrible symptoms ,I think.

And I called to remembrance.
I had a little palpitation of the heart because of the medicine twice last year.
I forgot about it because it was mild symptoms.

We dropped in at row cotton farm.
Row cotton can alive at such dry up and broken soil :O. Great vitality.
The sky was a cloudless blue during my staying – five days. 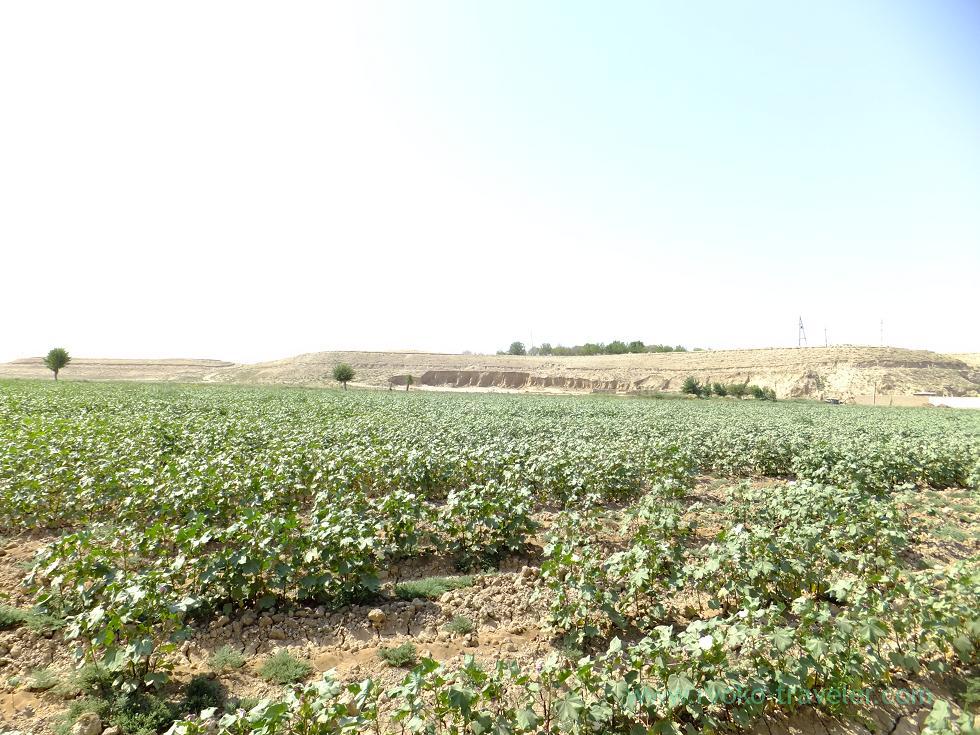 We had a dinner at our hotel, Ajia samarqand hotel. I felt better than daytime.
But I didn’t feel like taking pictures of dishes 🙁
I tried to not eat too much, but, fruits tasted very good, especially grapes :O

Well, I had a withdrawal symptoms……

I wanted to walk around the hotel.

I wanted to hang around by myself.

I decided to walk around by myself next day morning, and I went to bed. 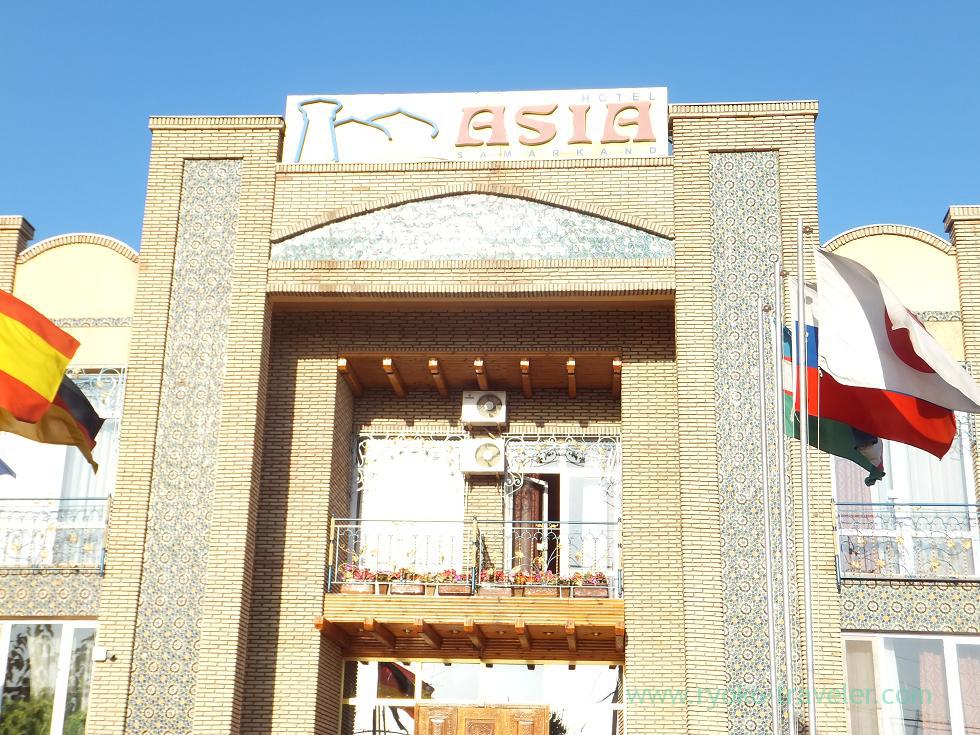 Interior decoration of room was same as Asia Bokhara Hotel at all.

I went to Nara to view scarlet maple leaves last month. I took a plane by low-cost airline both ways. Though I thoug...