Hello, have you been already to Tsukiji this year ?

Do you remember ?
This was the last year-end business as TSUKIJI Market.
Tsukiji Market will closed in November 2016 and Toyosu market will be open instead of Tsukiji.

Though it was earlier, but I was anxious about the crowds of LAST year-end of Tsukiji.
So, I had last breakfast at Tsukiji in 24th.

I remember that I had breakfast at Yonehana at 30th that is tha last business day of Tsukiji in 2014.
Though every shops were so crowded, Yonehana had only one girl waiting in front of the shop and I could enter the shop soon.
But I thought I cannot enter the shop soon and my friends said that there were already people waiting even in front of Odayasu that have rarely people waiting at 6 a.m. of 29th.

So, it was good decision to go there earlier because I had to work until today !
The last Tsukiji for me this year was Odayasu ! 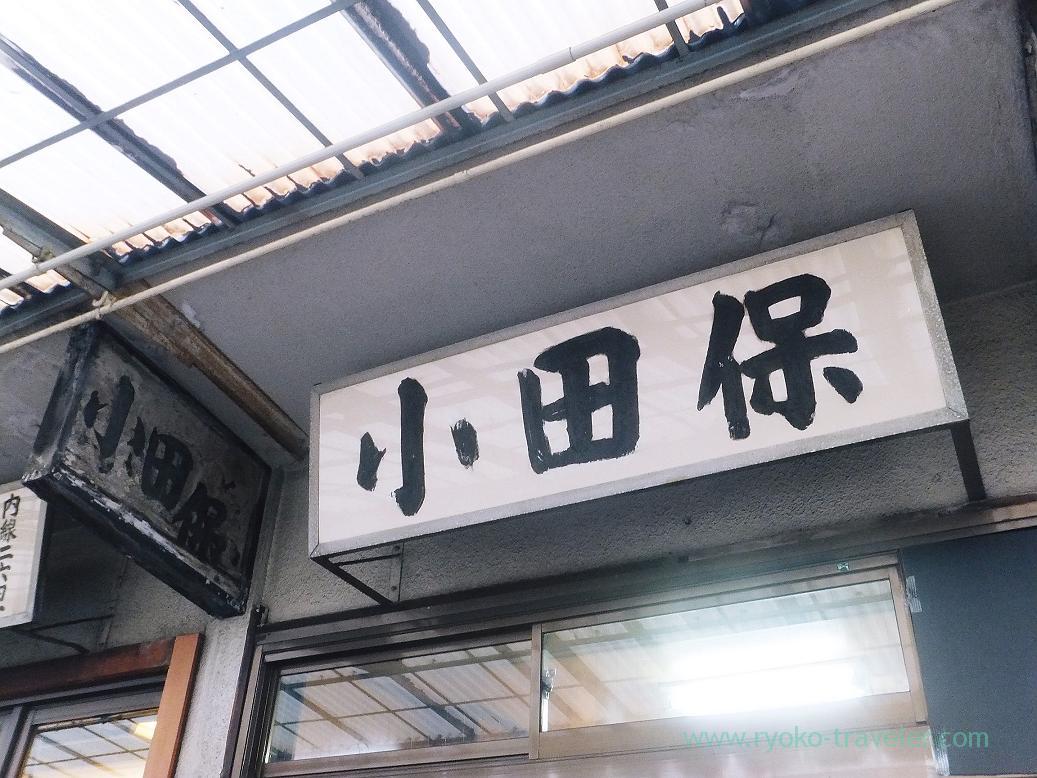 Truthfully speaking, I wanted to go Yonehana. But Chef’s choice of that day was boiled yellowtail and daikon radish and broiled yellowtail.
I knew those were huge from my friends’ photos. I hate leaving foods, so, I gave up going there. 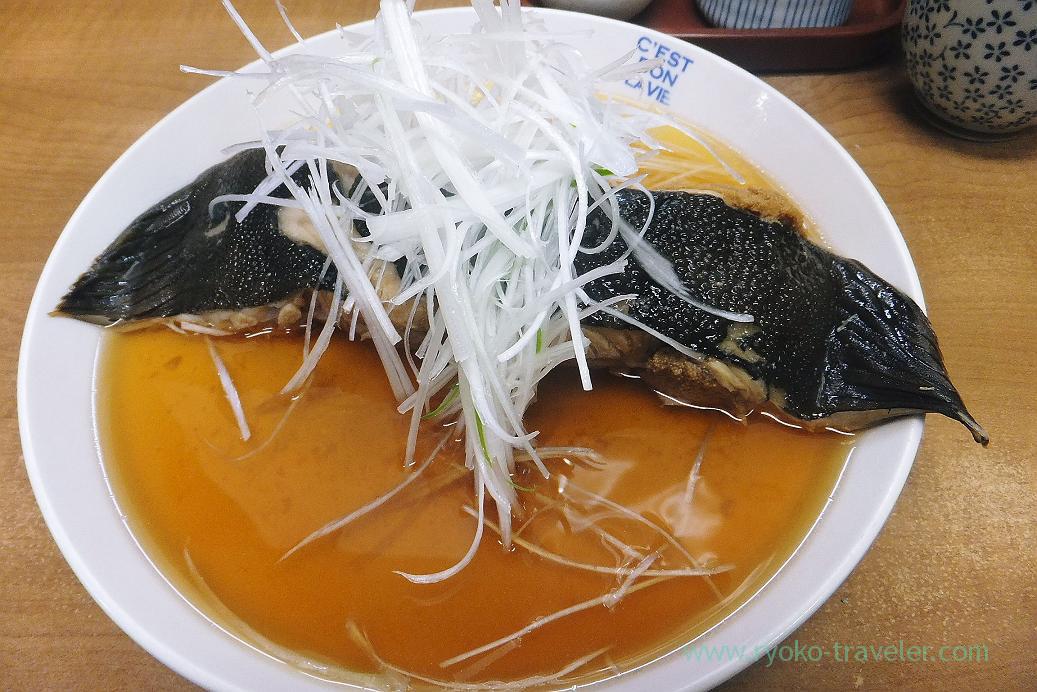 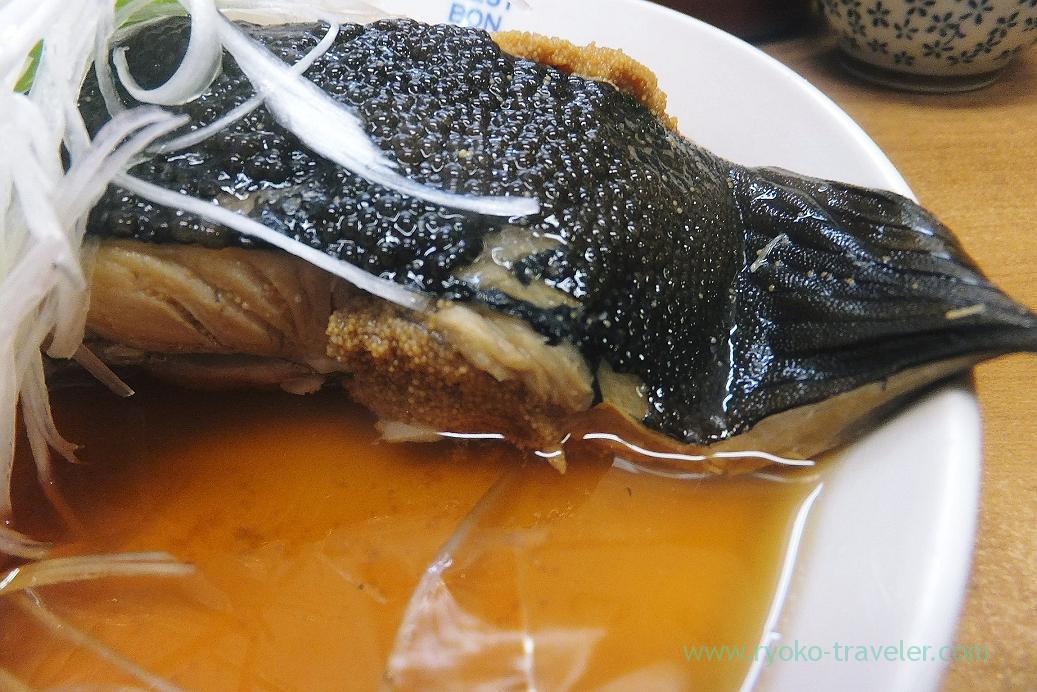 I ordered it with rice set, but rice set (+350 yen) wasn’t served, so I tried not to stimulate the short temper lady and ordered rice set again as I ordered it for the first time 😛 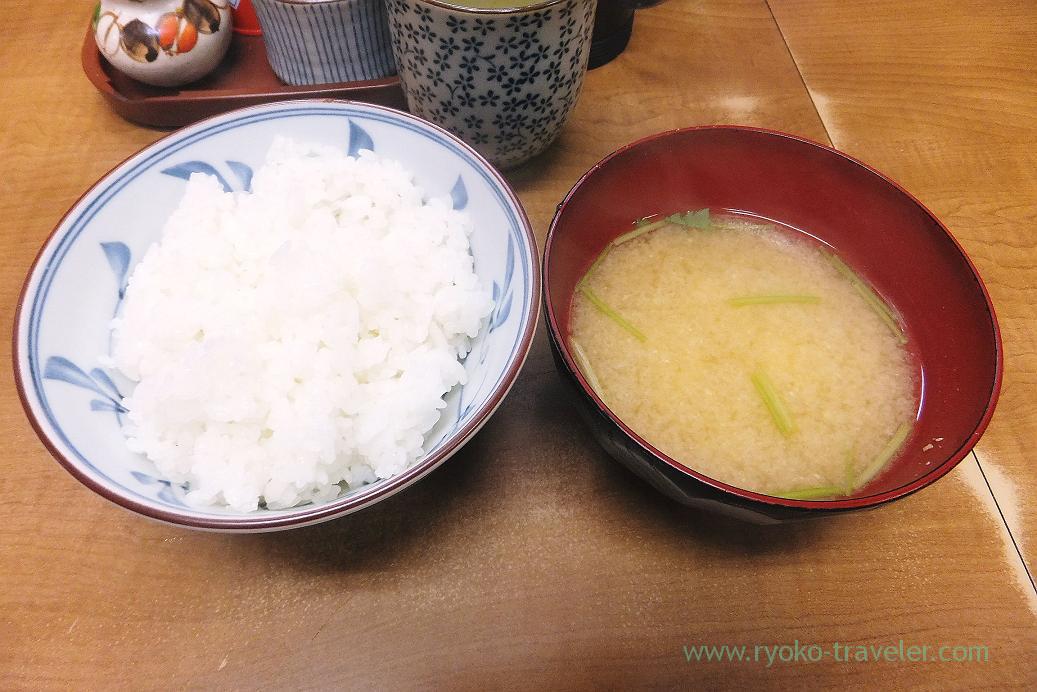 Everything is ok if I can save my peaceful breakfast 😛

Odayasu seldom serve boiled fish. The flatfish had much eggs. 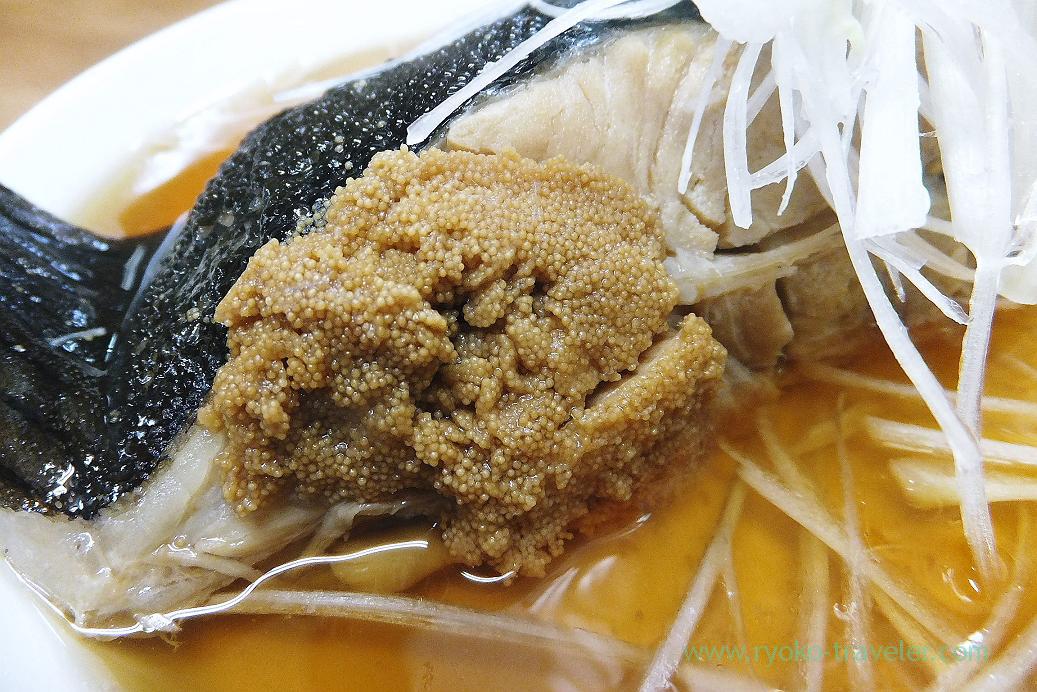 The broth was sour just a little and it tasted like Chinese soup. This broth wasn’t too thick, and seasoned lightly. I like it.
But it was far better if the flatfish itself have better quality.


(Moved) Tsukiji Market : Saury and oyster together on the table at Odayasu (小田保)
I went to Odayasu in succession. I couldn't give up ! "I definitely eat deep fried saury this season !" ...

www.ryoko-traveler.com
But to my sad, I couldn’t because I had much things to do.

Toyosu is inconvenient for my transportation and I thought I cannot go to there , but I want to try there all the same.
So now I am seeking the best way to Toyosu 🙂

Great hitsumabushi close to Tokyo skytree My friend asked me to go to eat wild eel's hitsumabushi at Oshiage with their...

Elysian lunchtime is past quickly Hajime Sengyo-ten is my regular lunch spot on weekdays. But it is hard fo...

Luxuary lunch at conger eel specialty restaurant It is getting cooler little by little. I stayed in my office at lun...