I went to Odayasu in succession. I couldn’t give up ! 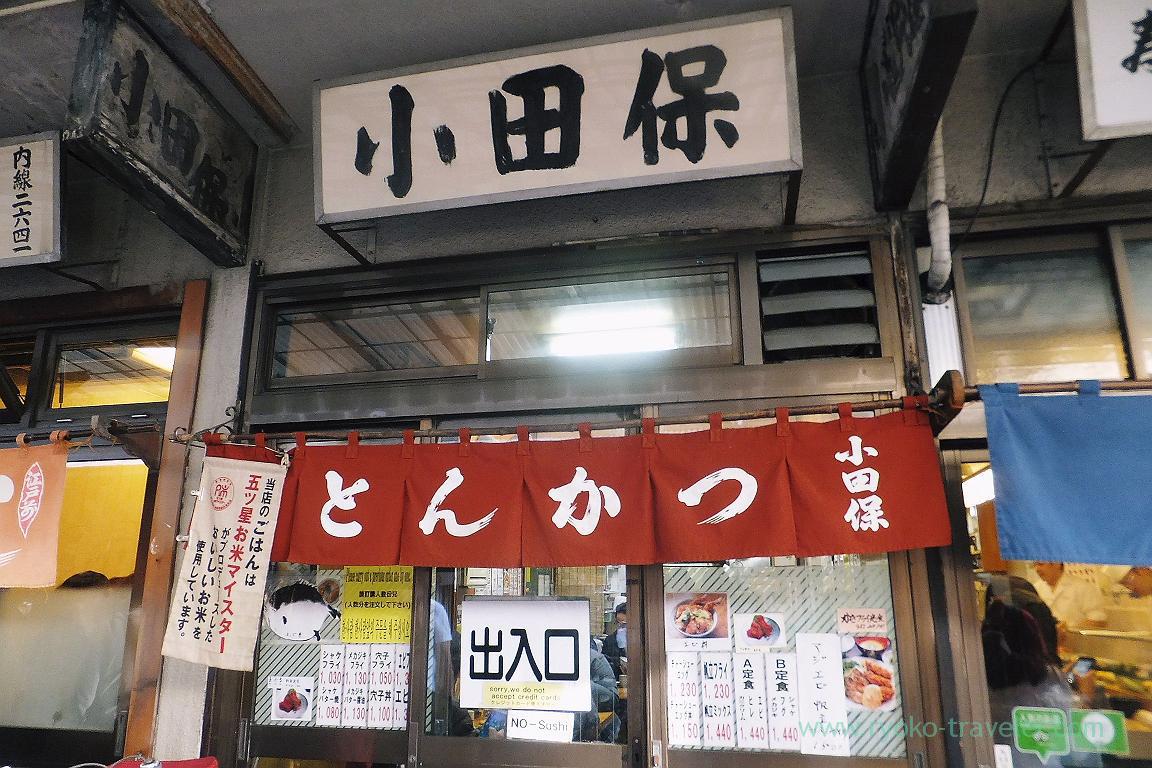 And also I heard that Odayasu has started to serve “Kaki Mix” (Deep fried oyster and fried oyster with butter set) from the beginning of this October.

I decided to eat both. Mostly whenever I go to Odayasu, I go there by myself.
But that day, I went to there with my friend. So, we could share both 🙂

As soon as I entered Odayasu, I saw whiteboard menu. Whiteboard can be erased easily. So, they write the names of foods that can’t be served much and
everytime.
there was the word “Deep fried Saury” on the menus. I was so excited and ordered it !

after a while, my longing saury came to our table ! 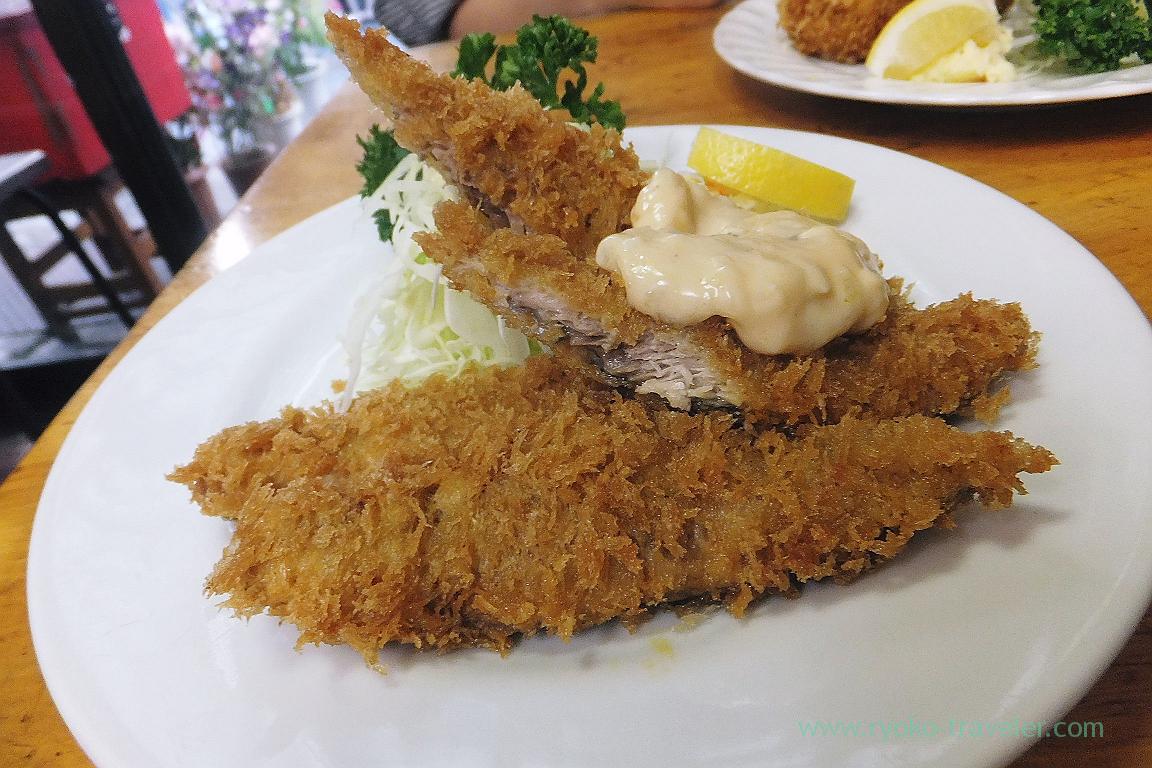 I remember that at first when I saw the whiteboard menu by my friend’s photo, the price was 700 yen.
Maybe it was smaller than that time. They say this year’s saury is small and not fatty.
But as for me, anyway, I was just satisfied with eating saury because I had few chance to eat saury this season. 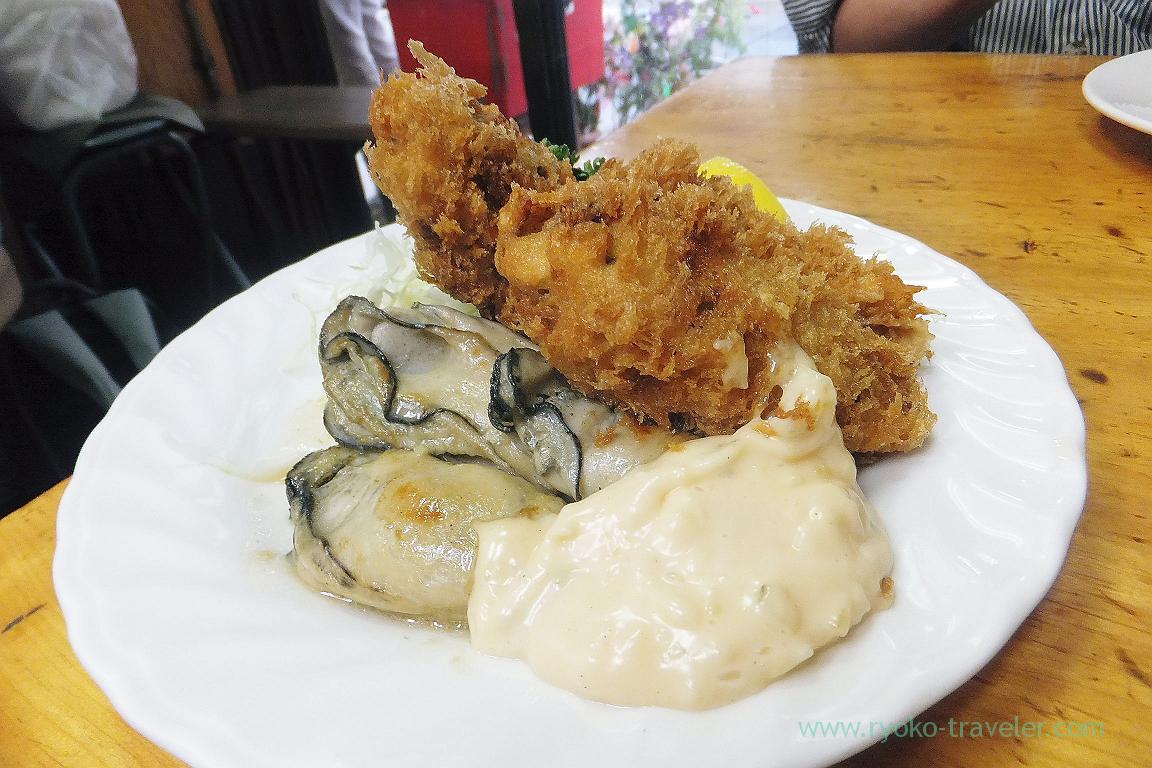 Look at it !
Those were quite large !
In recent years, oysters were very small until end of years.
Deep fried oysters have one oyster each. 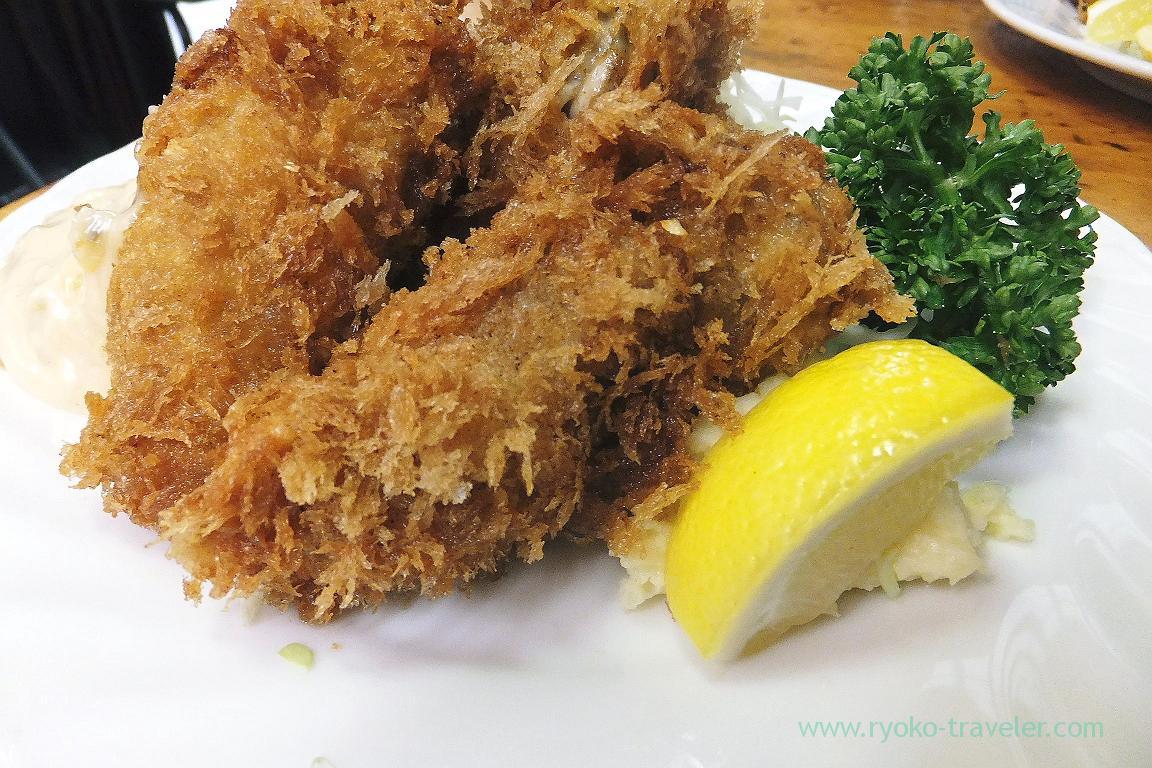 I expect that oysters will become so large around December ! Oh my ! I’m looking forward to welcoming December !
I also expect Kaki dofu (Oyster and tofu hotopot) at Kato 🙂

Putting saury and oyter on the rice together ! This season only ! 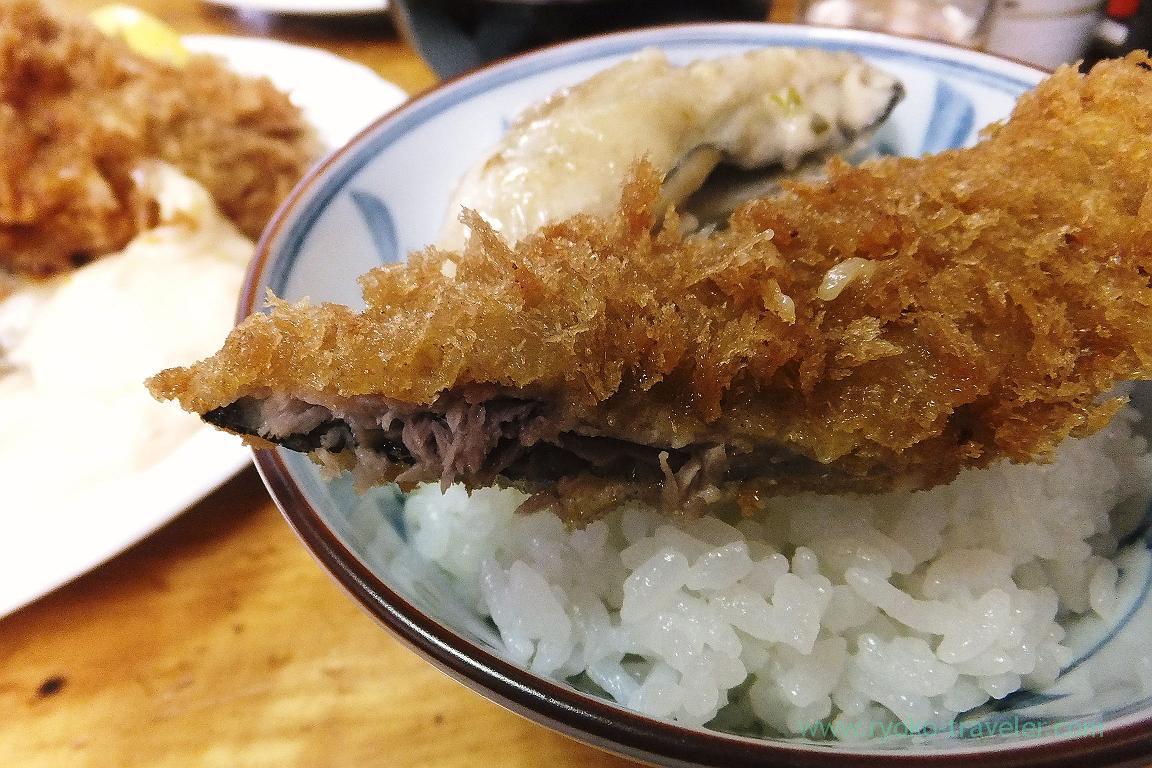 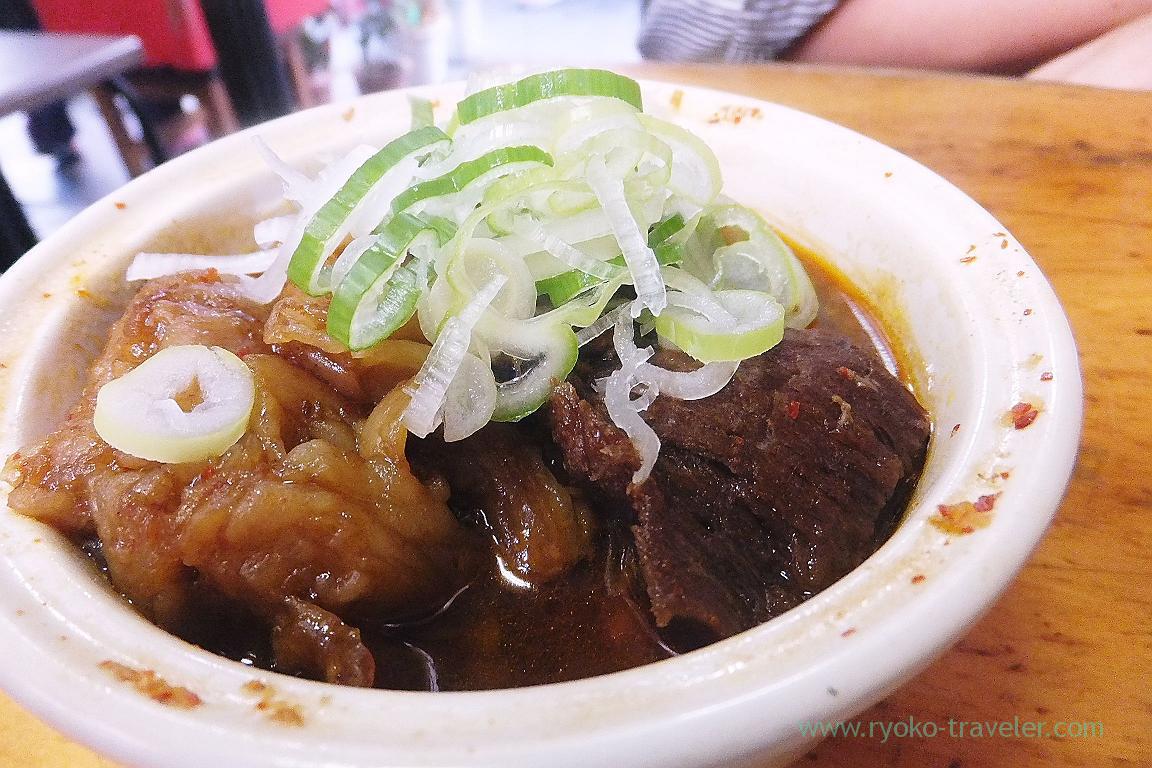 This nikomi was delicious, too. But it was a little salty and sweet, so my friend who didn’t have rice and alcoholic drinks seemed to be hard to eat it 😛
Though he ordered it 😛
This food might be good for nikomi bowl by myself, as my another friends did.

I was completely satisfied with Autumn foods and can welcome winter !

August is when Fukunaga is busiest. This season has come this year,too ! Peach season ! I went to Yotsuya-Sanchome onl...

Nutritious soup curry during lunchtime only. I ate soup curry at lunchtime during work after a long absence.The shop's ...

The room, the gym was comfortable. It is the sequel of the post before. After having tea,I went to the gym. ...

Finally, I visited Ginza Hachigou (Ginza Hachigo / 銀座 八五) that I had wanted to visit for a long time. They were open in...
Takamatsu 2015 : Ikegami Seimensho by Kotosan bus tour (池上製麺所)
(Closed) Daimanpuku (大萬福) in Funabashi