After we left our baggage to our hotel, we went to Kenrokuen garden.

Hokuriku & Tokai 2016 (1/29) : To Kanazawa (金沢)
Kanazawa without snowfall in January ! I went to Kanazawa in January. Though Hokuriku Shinkansen opens last year, I th...

Finally I went to Kenrokue that is one of the Three great gardens of Japan !

Why I went to Kanazawa in the middle of January ?

Of course, for seeing beautiful snow view of Kenrokuen !
….

Well, it was unusually warm winter and snow country don’t have much snow. They couldn’t open ski ground as usual.
So, as you see, there’s no snow in Kanazawa, too ! 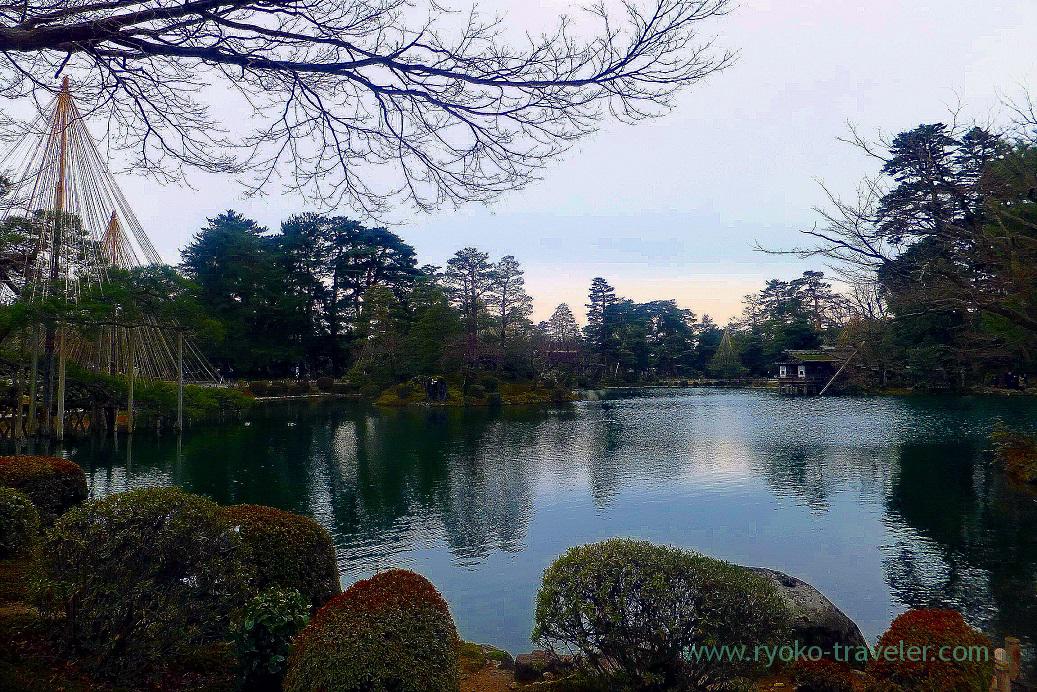 Nevertheless we visited to snow country during winter, there was no snow !
It was just too cold !

Yukiduri is to place ropes or wires around trees to protect them from the snow.

Though there’s no snow !
Mostly they do it around November to prepare severe winter.
Once it snow, those looks like Christmas trees !

Kenrokuen was constructed as garden of domain of Kaga (or Kaga province).
Maybe it was the least beautiful season for Kenrokuen when we visited there. Cherry blossoms, plum blossoms season, green season during Spring and summer, Autumn leaves and snow world. It must be beautiful. But when we went to there, it was dry wood season. Still it was good. 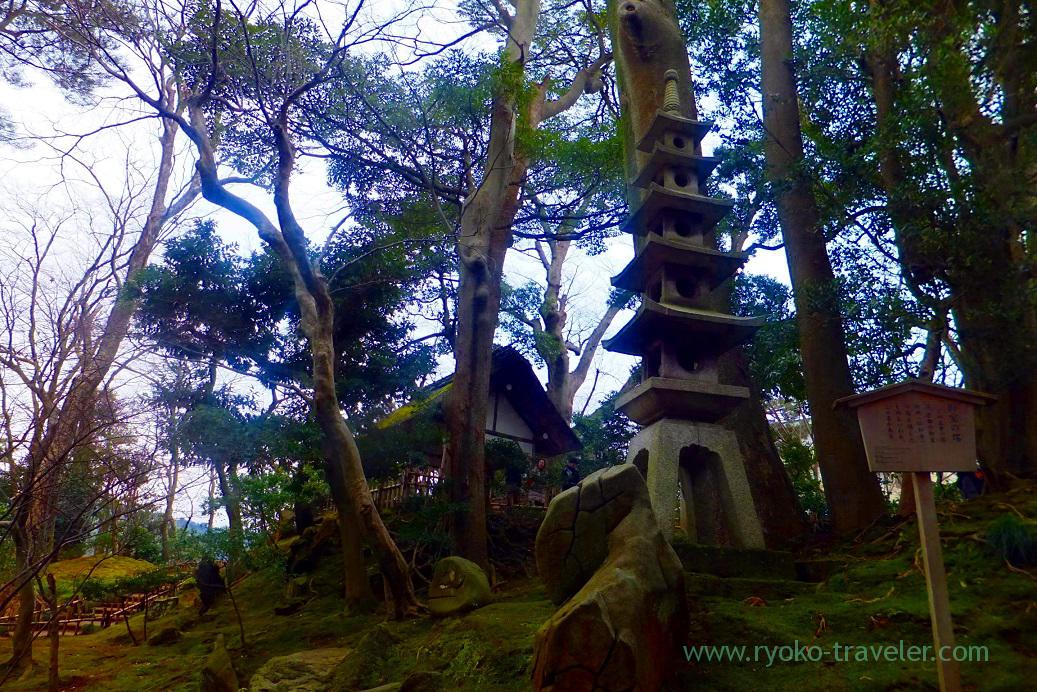 So, I couldn’t impressed by the view. Also there weren’t many people there. 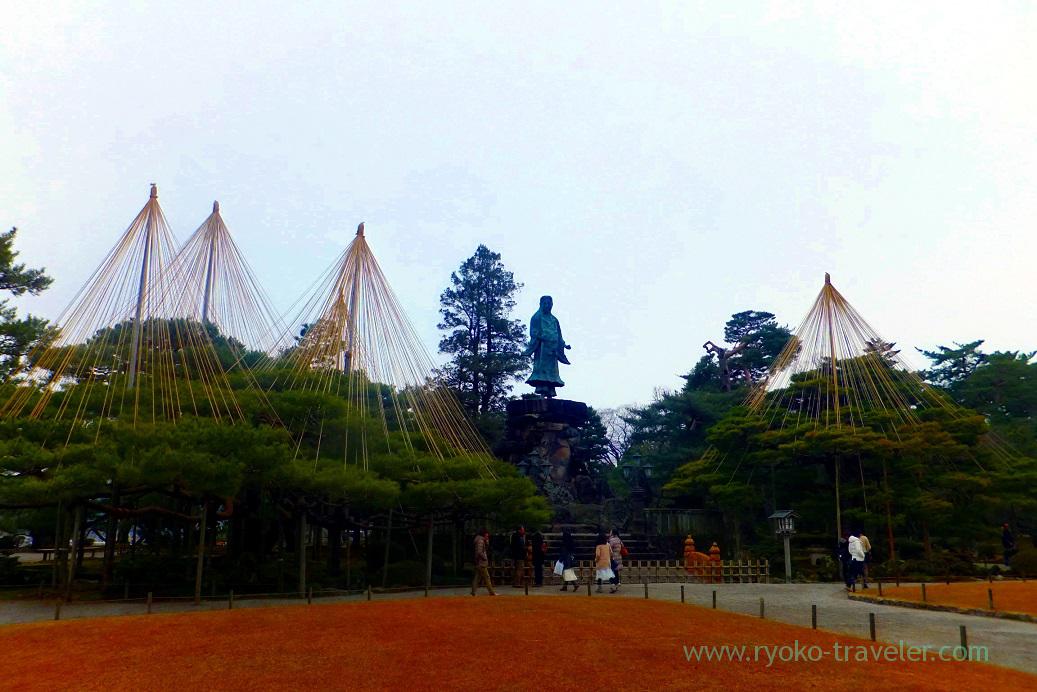 But plum blossoms started to bloom 🙂 I have to visit there again.

The view of city.

They opened at night time to show light up gardens during we stayed there. But it was too cold, so I didn’t go out.

Sometime they open by free of charge. The information is available at their website.

It was getting too cold, so I gave up going to Kanazawa castle. we warmed ourselves in Starbucks coffee for a while…

I heard there's a popular steak restaurant in the shanty in the residential district. The restaurant's name is Beef ste...

Otomesushi (乙女寿司) located in Katamachi area is one of the fancy sushi restaurant in Kanazawa. So, we reserved in advanc...

Kanazawa without snowfall in January ! I went to Kanazawa in January. Though Hokuriku Shinkansen opens last year, I th...

Good-bye for the present, Kanazawa. We ran into this kissaten aside of Omicho Market. Snow didn't pile up in the morni...

Enjoyed Japanese old house with tea. The second day, we got out of our hotel late and got on the bus for Higashi Chaya ...
Suageya (素揚げや) in Koiwa
Daimon : Limited Sakura beverage at Starbucks.