Celebrating myself with salmon roe

I intended to post about the sequel of Tankiyo, but I completely recovered from poor health today(Maybe some foods disagreed with me)

www.ryoko-traveler.com
I refrained from eating raw fishes until I got better.
So I went to Hajime Sengyo-ten to eat such a fresh raw seafood today’s lunchtime ! 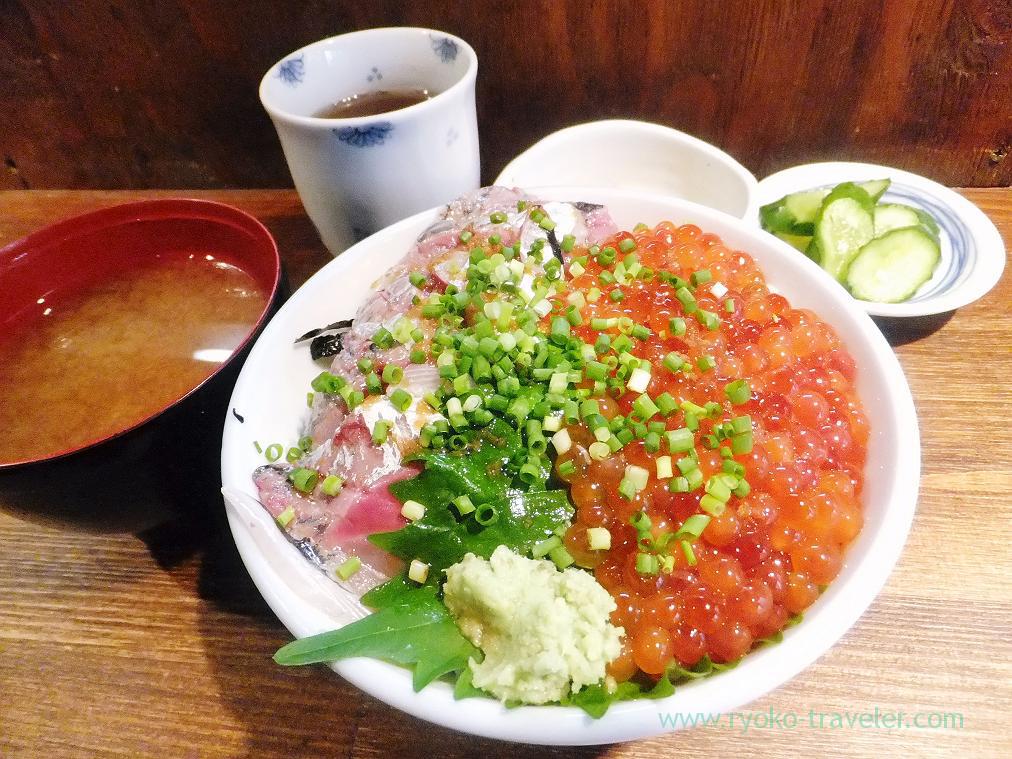 Yes ! Their own cooking marinated salmon roe ! It more attracted me than sea urchin ! I ordered a Boiled young sardines and salmon roe bowl ! 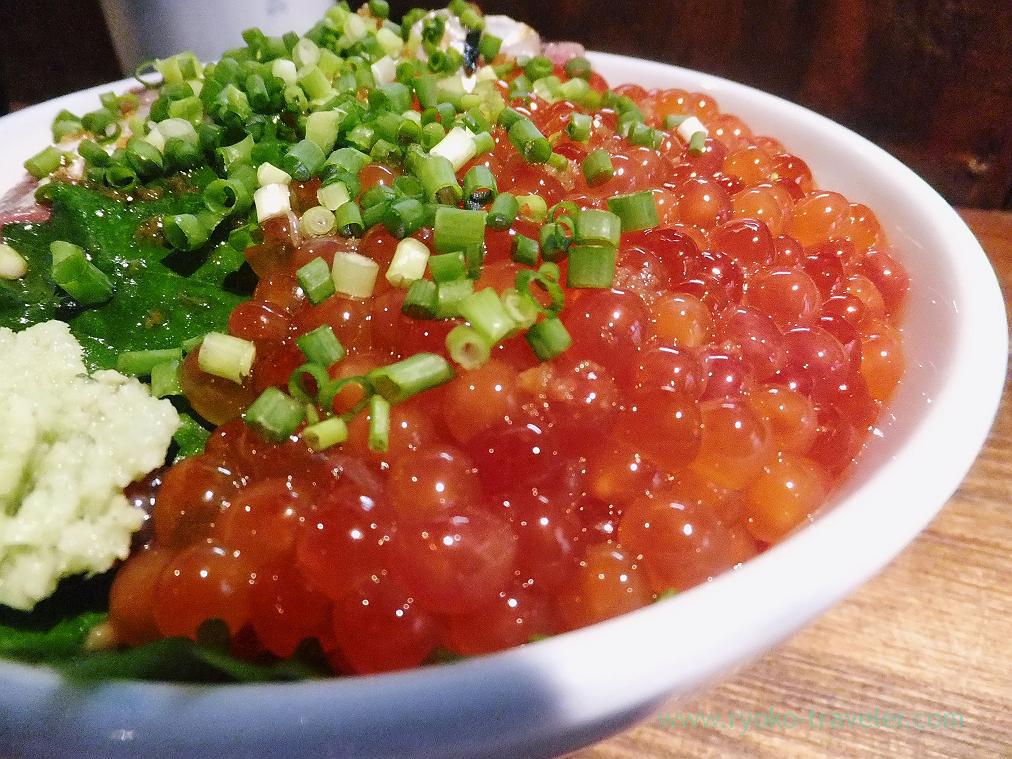 Those surfaces were so soft and easily broke by shock and heat of rice.
But the rice with those contents were so tasty 🙂

Of course, the fresh horse mackerel was perfect. But today, the salmon roe was far better. Extremely good. 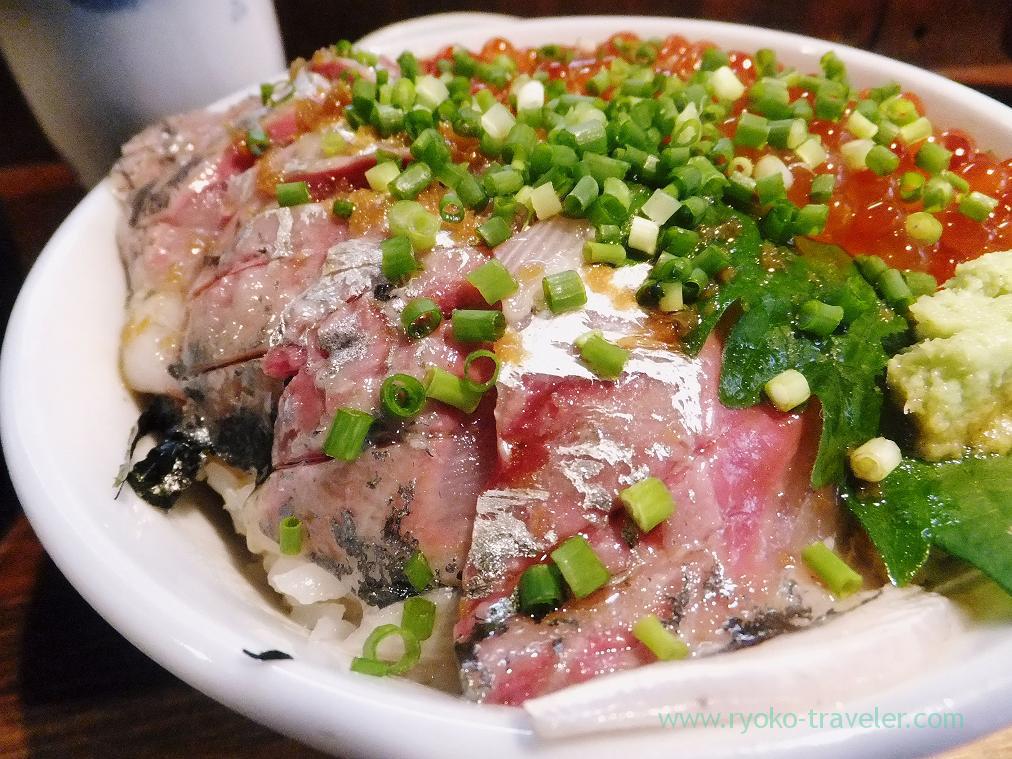 Hajime Sengyo-ten serve so tasty seafood at lunchtime, but we can’t know the menu until we get to there.
And it’s stand-up-eating izakaya. There’re no chair. Still, I have no choice but go to there for tasty foods.

Today’s Hajime Sengyo-ten was great, too 🙂 Hearty breakfast ! I got to Tsukijishijo station before 7 a.m., and went to Yonehana. But there were two people waiting...

People overflew in Tsukiji. We had a coffee at Four season until Kashigashira's opening time the other day. ...

I went to Enji for lunch along Konparu street in Ginza area. I heard they serve smoked hamburger steak at lunchtime ! ...