I felt like fresh sashimi and headed to Tsukiji at lunch time during work hour the other day.
Before mid-summer season come, I want to eat at Tsukiji at lunchtime at as much as I can, Especially Hajime Sengyo-ten

Hajime Sengyo-ten’s lunchtime is from 11:30 a.m. But as soon as ingredients are out, lunchtime is finished. (It says he serve 20 lunch set only, but strictly speaking, her serve more portions.) 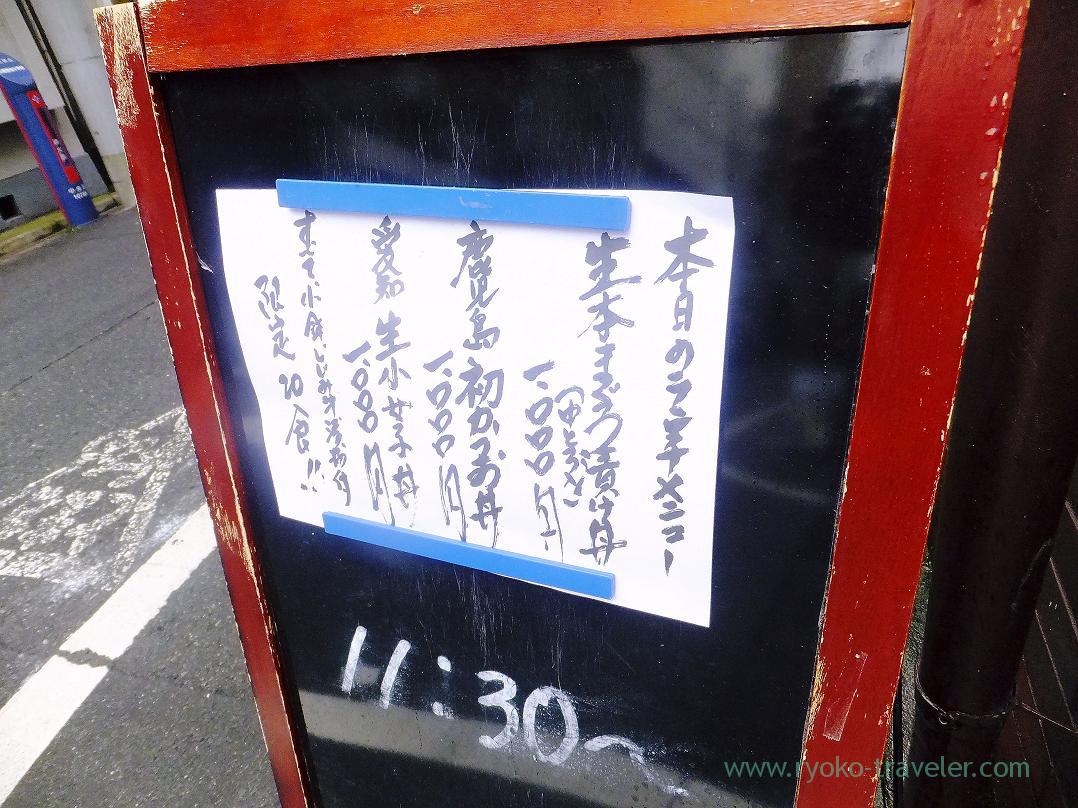 My choice was First bonito ! 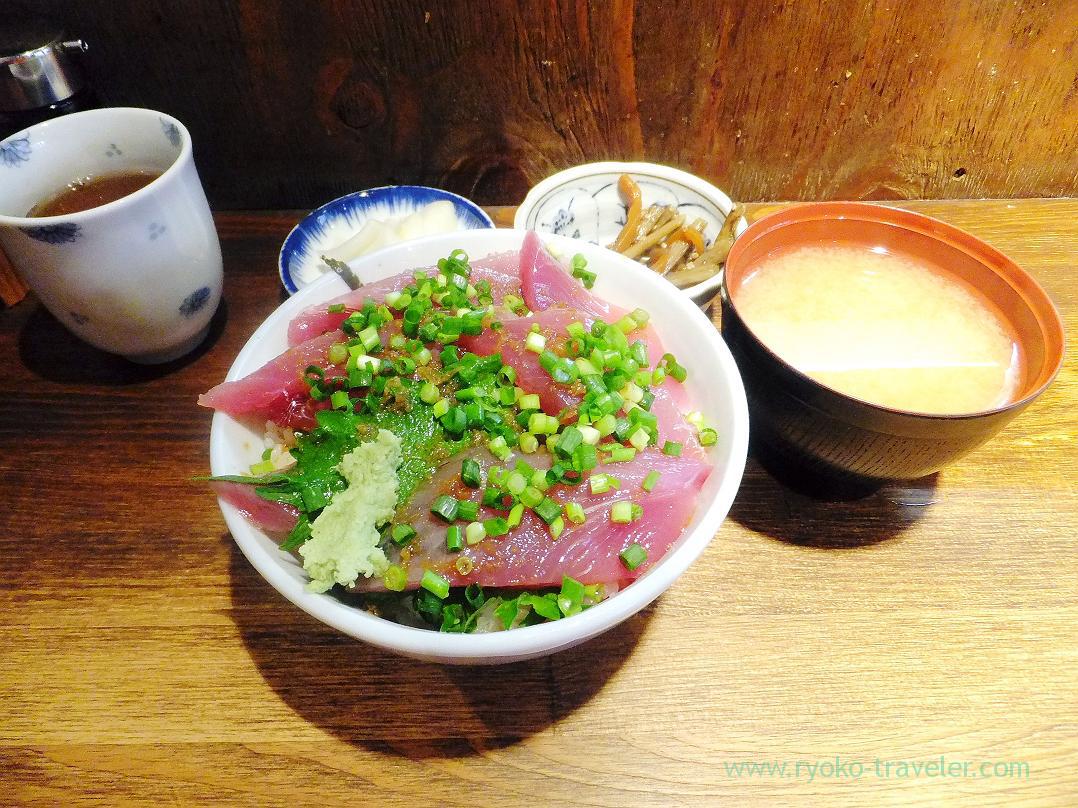 OH MY ! Bright pink-color ! I had seen dark red bonito meat only before I met Tsukiji.
I sometimes can’t find the difference between bonito and tuna as its looking. 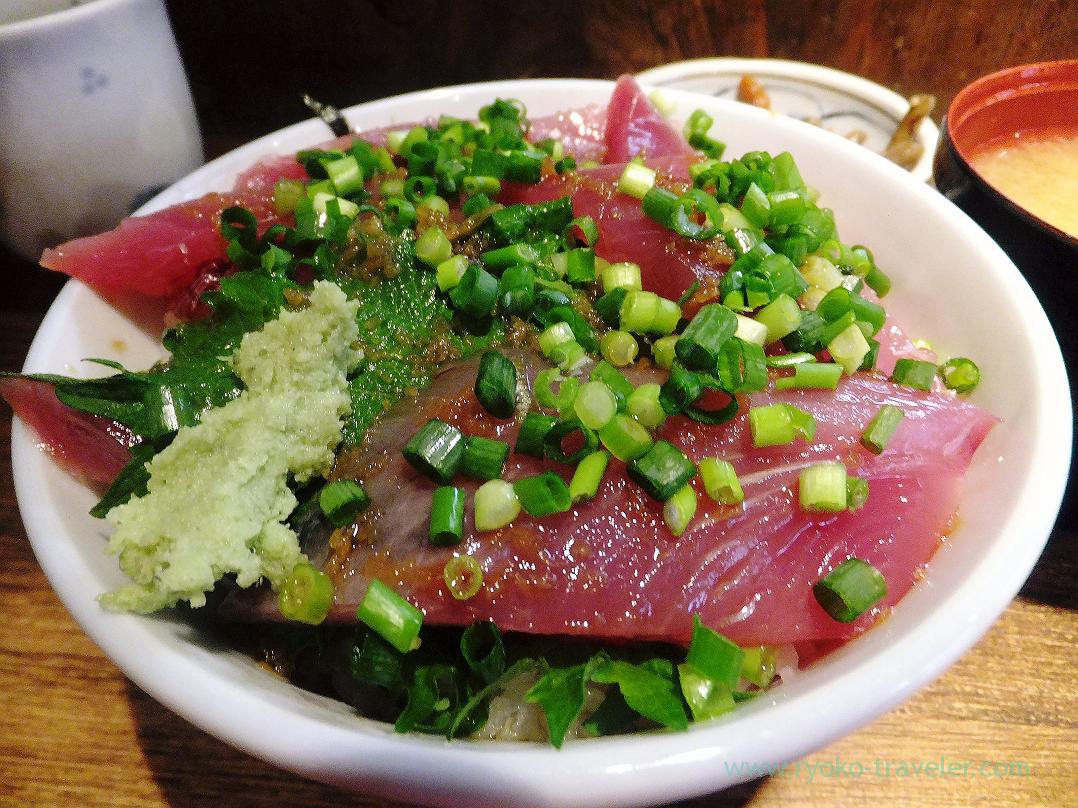 I won’t get tired of eating such a fresh sashimi everyday… But Hajime Sengyo-ten is far from my office ….

First bonito can be eaten this season only. So you should go there soon if you are in Tokyo now!
http://www.ryoko-traveler.com/hajime-sengyoten7/

Shijimi clam was my delight as ingredient of miso soup ! Hajime Sengyo-ten serve miso-soup with shijimi clam so frequently. So this is another reason that I like this shop ! 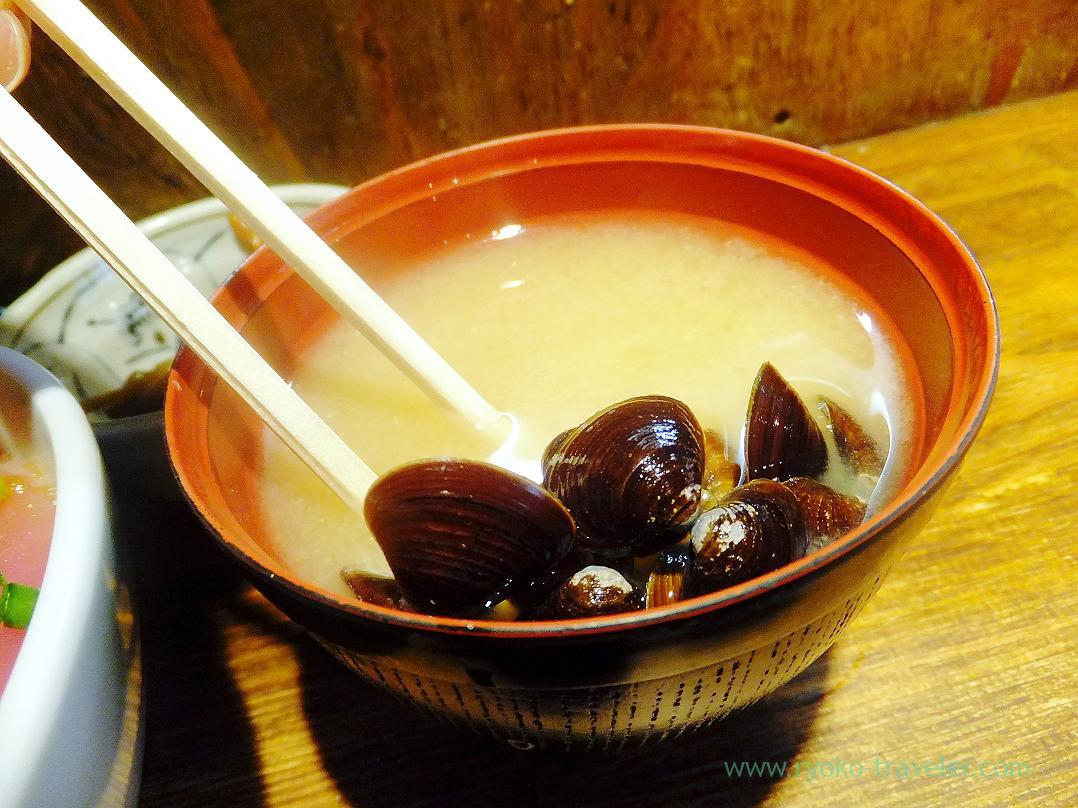 I visited Tokyo MidTown Hibiya before the opening time. They have started their business from March 29, 2018. Des...

Kitchen Taka (キッチンたか) is so popular restaurant in Yotsuy. Many foods of photos are hanging on the wall. Taka's specialt...

I know the tastes. But this was first visits. I had wanted to be in Aarti that is Indian foods restaurant in Akihaba...