Ginza Kagari (銀座 篝) in Ginza
To all people who waited for Toripaitan of Ginza Kagari for a long time since they have closed, finally Ginza Kagaricom...

Finally, I visited Kagari that have great popularity.
Kagari is located in Ginza area. 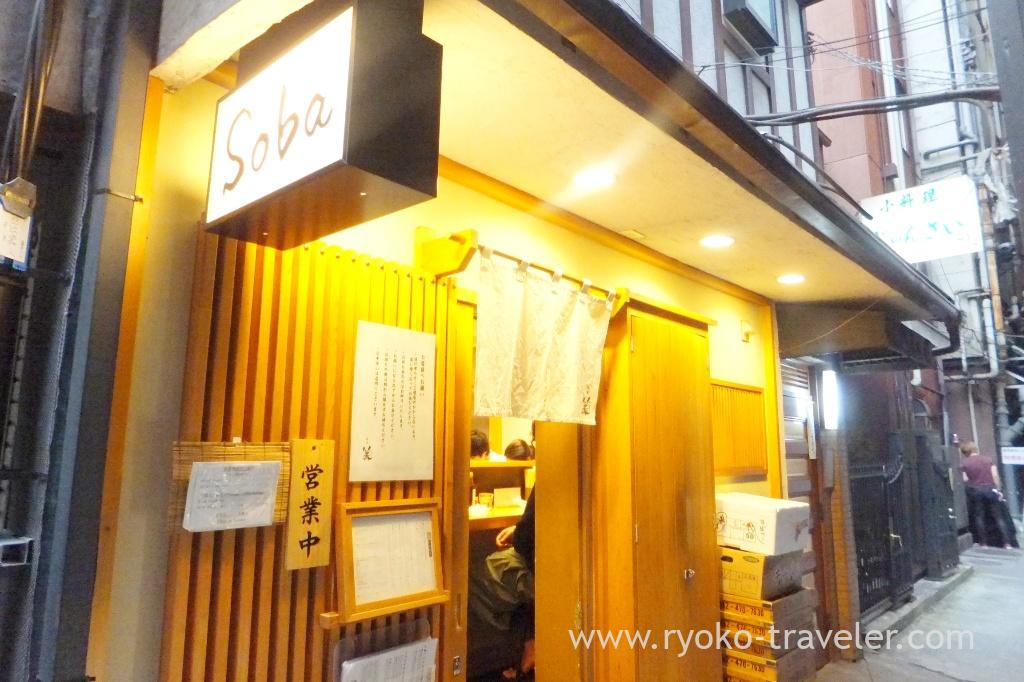 They have started their business in 2013. They soon won them popularity. I know people used to have to wait for two or three hours.

Even now, there are long lines in front of the shop at lunchtime on weekends.
But when I got to there after work on workday, there were only (only?) 7 people in front of the shop. It was past 6 p.m.
Almost all people seemed to be tourists from abroad. I followed the line and waited for about 20 minutes.

Attention. There’re some rules to wait in line. Because Kagari stand along the narrow alley, staffs watch line carefully lest they are trouble for shops and restaurants nearby.

Great number of tourists from abroad visit this shop, so the message is written in both English and Japanese.

Menu, too. The staff handed it to me while waiting and he took my order after a while.
There’s no ticket vending machine. We pay money at the table when we stand up to leave. 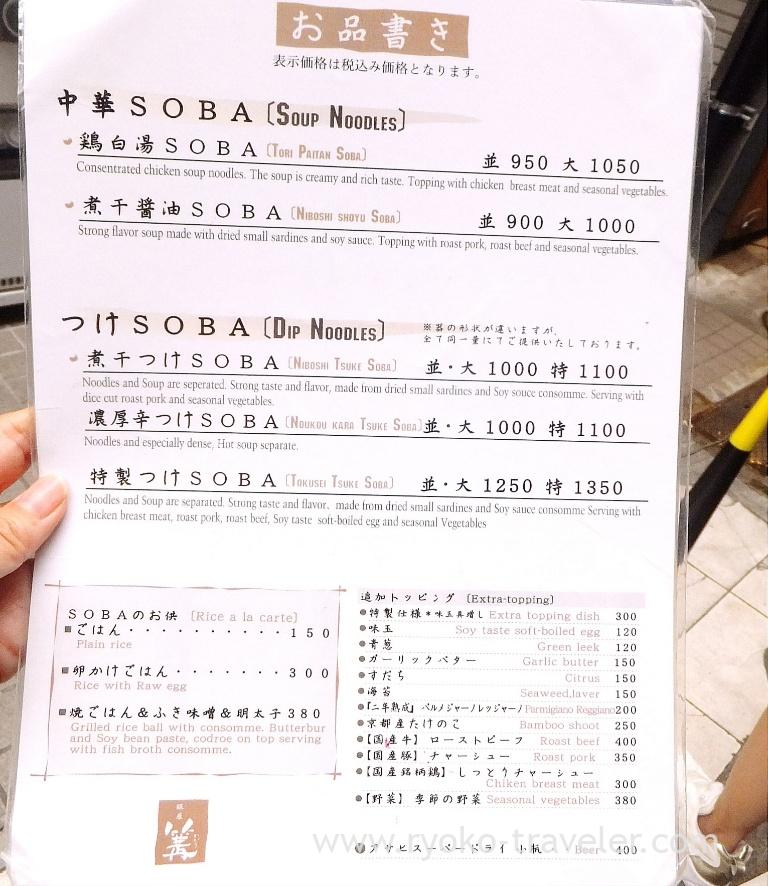 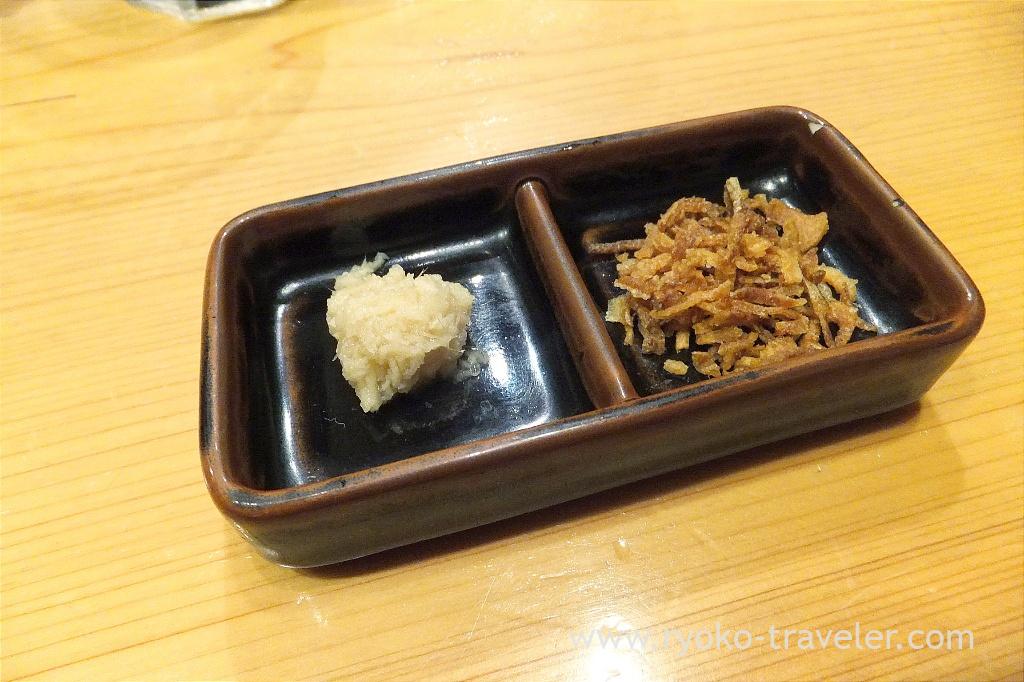 This is the Toripaitan soba (鶏白湯SOBA, 950 yen) with soft-boiled egg (味玉, 120 yen) that I had wanted to have for a long time !
It had chicken breast meat and seasonal vegetables on it.
Seasonal vegetables that day was green asparagus, cherry tomato, young corn, radish sprouts and so on. And three slices of boiled chicken on it.

I added deep fried onion and grated ginger after a while. The ginger added it refreshing taste. Toripaitan soup basically have thick tastes and sometimes I get tired of eating while eating. So it’s good idea to change the tastes and add refreshing tastes.

I can’t eat so much and I didn’t try, but if you have enough space in your stomach, please try to order rice and pour toripaitan soup into the rice bowl. they recommend such a way of eating it. It’s like porridge 😉

Almost all people eat Toripaitan soba at Kagari. But Niboshi shoyu soba (Soy sauce with dried sardine broth) is my delight ramen soup. So, I tried it when I visited there second time.

It have roast beef on it 🙂 And another roast pork.

Ah, I love sardine  broth all the same. The soup was bitter just a bit because of dried sardine. But I love this bitterness.

Not only Toripaitan soba but also niboshi shoyu soba is good. I recommend it, too 😉

Summer special refreshing soba. I knew the existence of sudachi soba on twitter this summer. Sudachi soba ... is lot...

Winter tastes. I went to eat Boiled anglerfish with soy sauce (あんこう煮, 1800 yen) at Katou in Tsukiji Market the other d...

I knew a branch of Manriki (卍力) that is popular ramen shop as "spice ramen" was open in Akihabara area quite before, an...
Taipei 2016 Spring : Difua street (迪化街)
(Moved) Tonkatsu Narikura (とんかつ成蔵) in Takadanobaba