I went to Tsukiji Market to eat Shell set ,one of the set that I had wanted to eat at Tonkatsu Yachiyo. After a long absence 😀 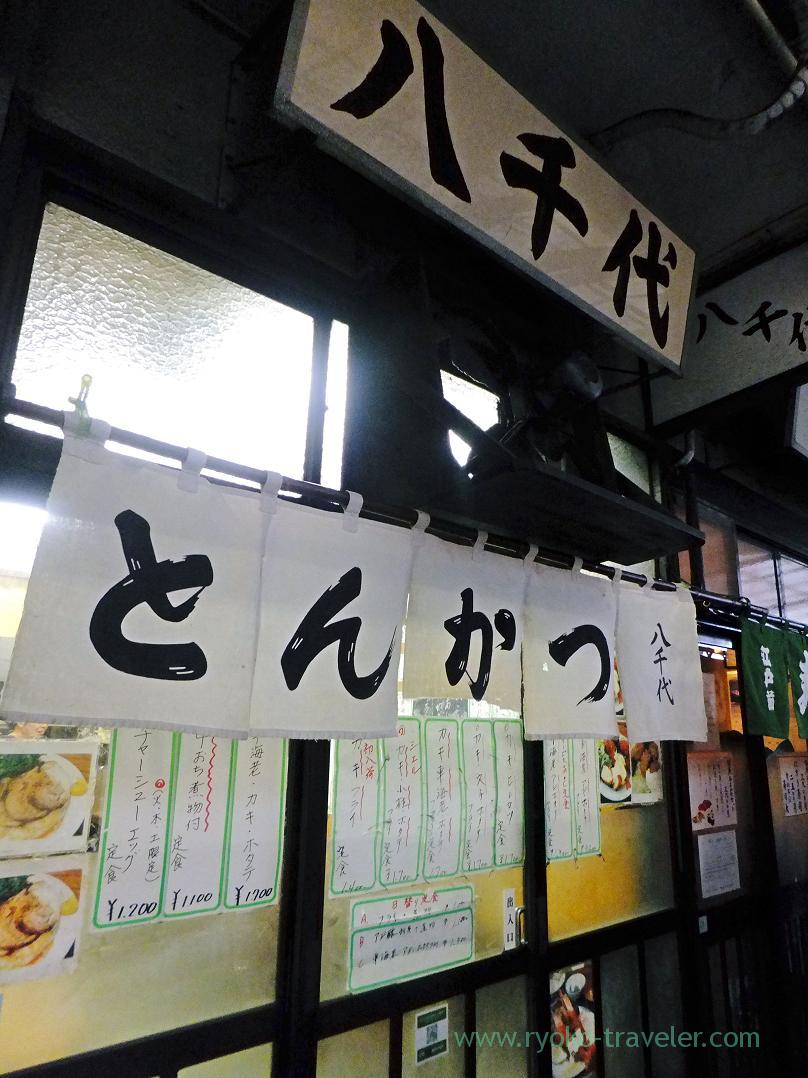 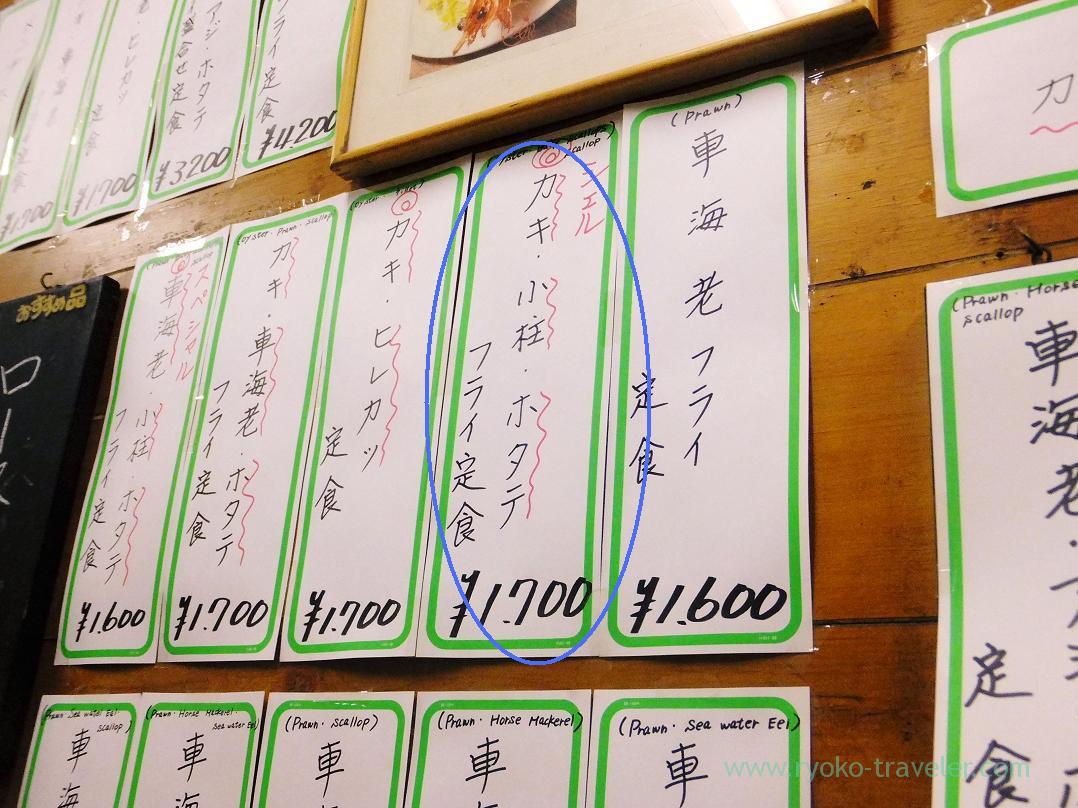 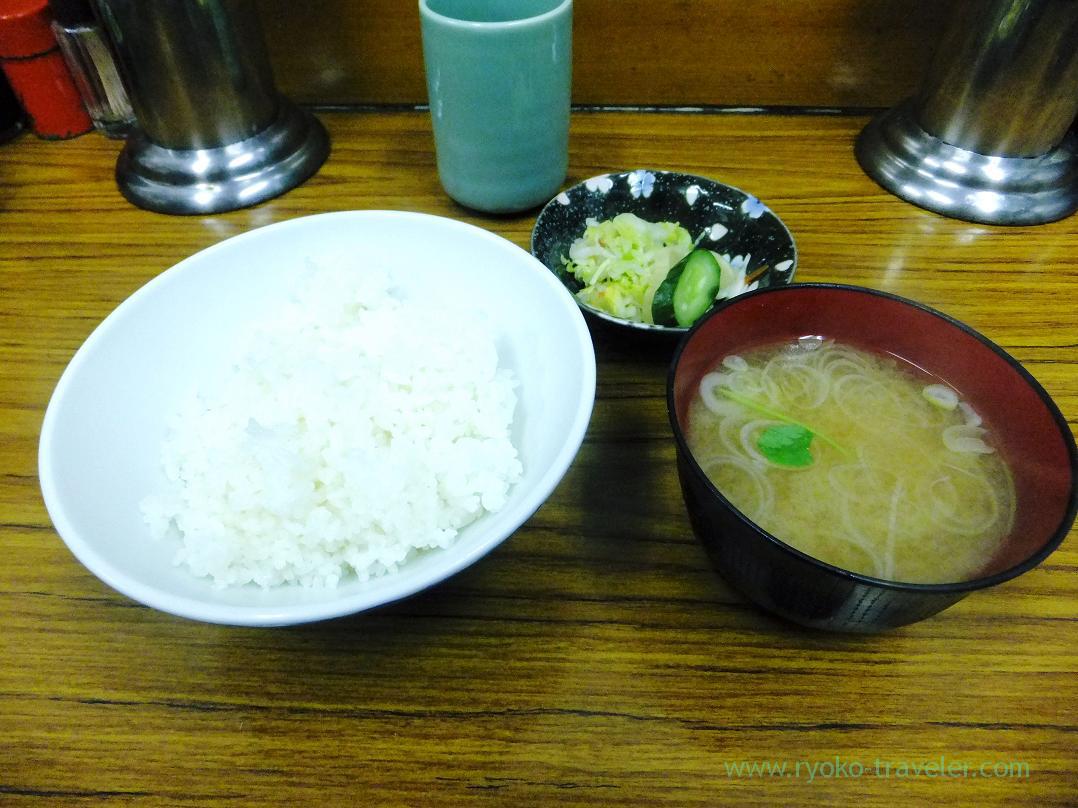 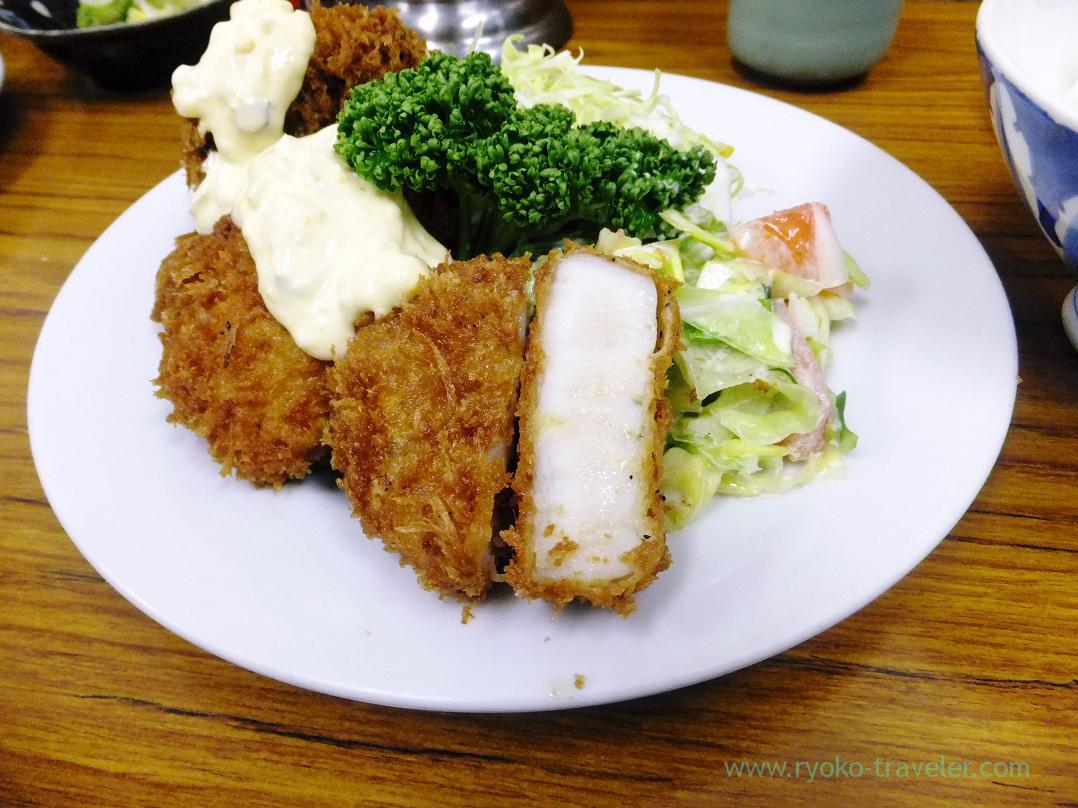 Shell set have deep fried oysters, so it is served only in winter season 🙂

In comparison to oysters eaten this season, those oysters were smaller. Especially, I had eaten so big oysters at Odayasu before that.
But ｔhe scallop was tasty.
And croquette, too. 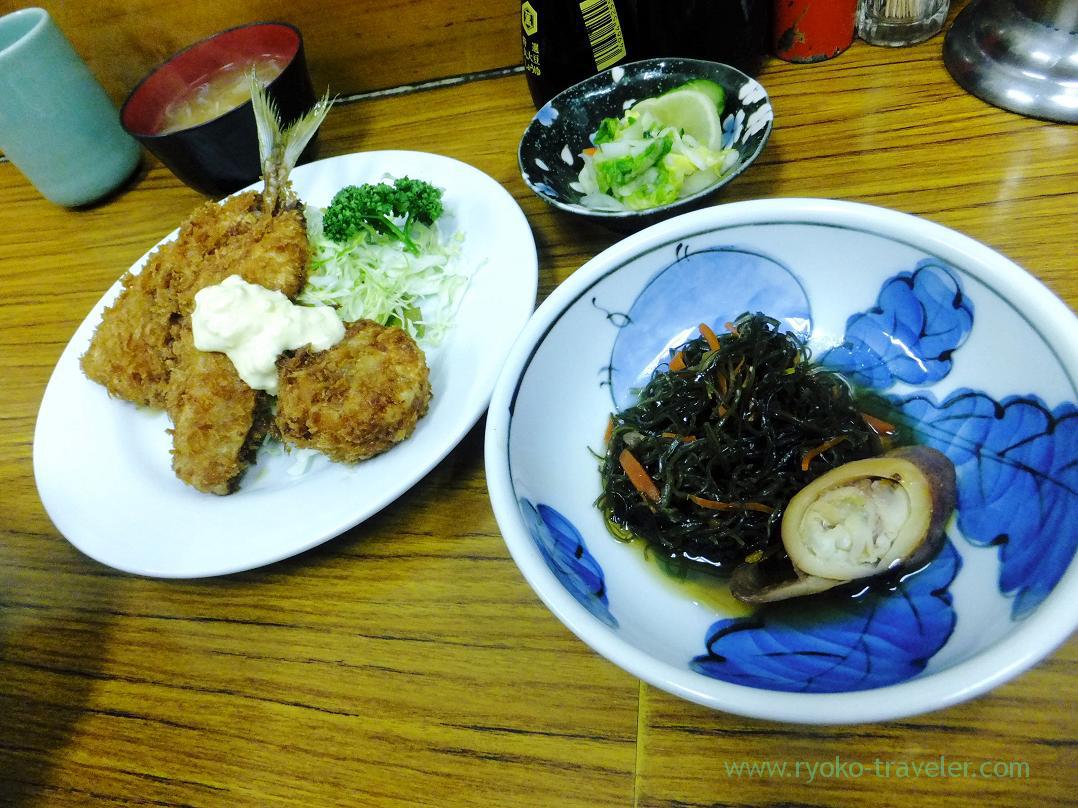 A set (A定食, 1000 yen) had boiled squid and seaweed with soy sauce, deep fried horse mackerel and deep fried scallop.
Strong soy sauce was used as seasoning for the boiled food. So, it went with rice very well.

As a whole, every deep fried foods were fried so deeply that day. So crisp. But I like rare one 🙂

I like C set (Deep fried horse mackerel, scallop and shrimp) best at Yachiyo all the same 🙂

After got out of Yachiyo, we had a coffee at Four season as usual 😀 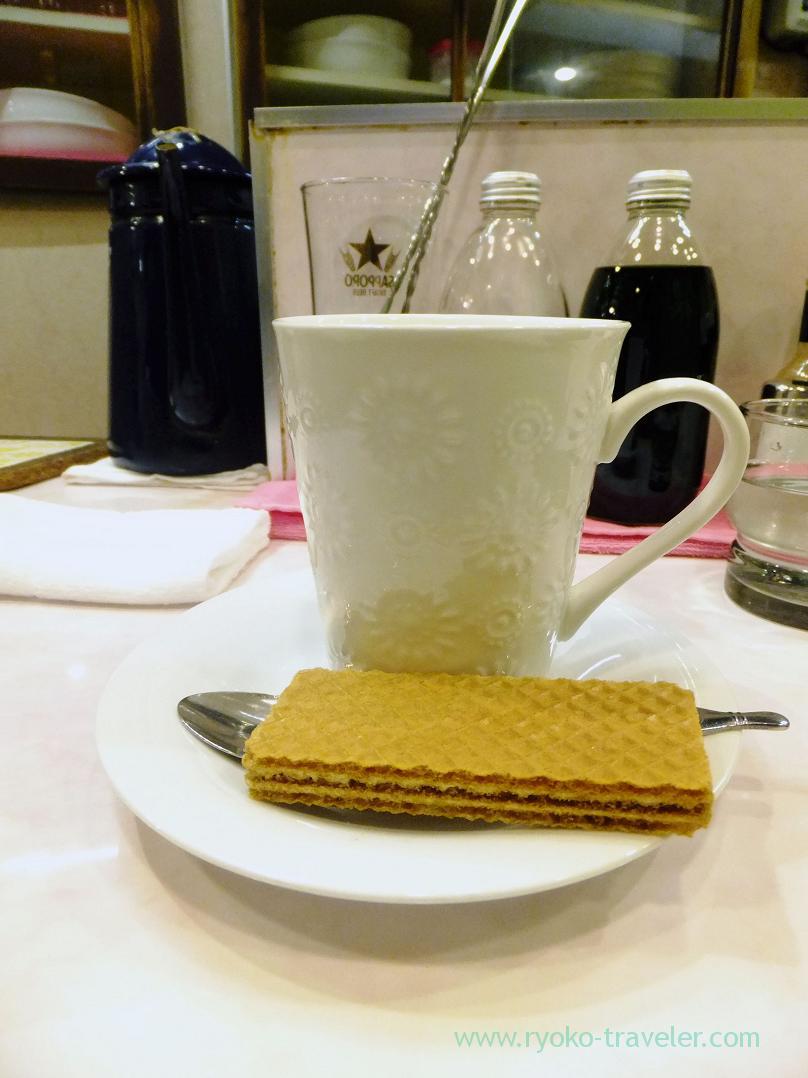 Level 6 !? Recently I feel like eating something spicy foods because of muggy weather. I remember Sichuan Dandan no...

Not just fish but also vegetable ! I took breakfast at Yonehana in Tsukiji Market after a long long interval ! Ente...

One of the few restaurant serving Goto-style udon in Tokyo. I heard that there's a shop that is a specialty shop of "Go...
Siem Reap 2014 (1/8) : Starting my trip by Korean air
(Closed) Funabashi : Holiday lunch at Apgujeong dong (狎鴎亭洞)