Though simple looking, everything was delicious.

When I opened the door of Yonehana, I found there was no people except the waiter. One year have passed since I had met such a situation last. After Yonehana was featured by popular TV show, we couldn’t eat at Yonehana with relax because Yonehana was always fully packed and people came one after another.

By the way, what month is it now ? Christmas, halloween, New Year and Setsubun ??? 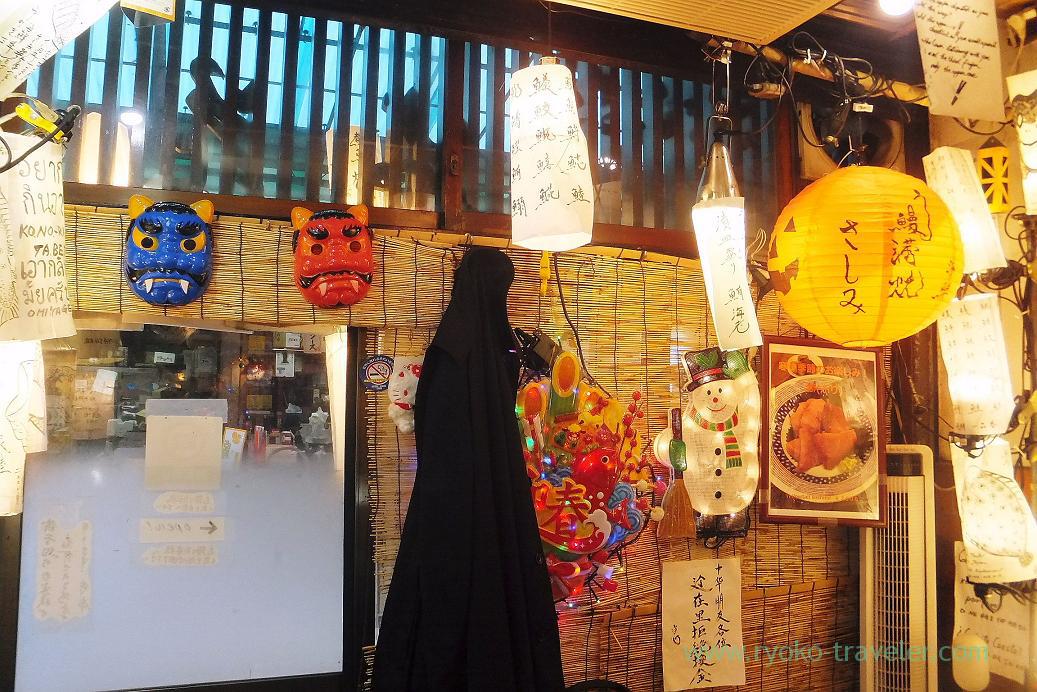 As soon as I was seated, this dish was served.
Boiled tuna and green onions. As you see, it’s the sea of tuna’s fat. It looks too fatty ? No. Certainly it was fatty, but the plenty of fat was not too thick. Maybe I could drink it :p (Though I didn’t do)
And green onions dressed with tuna’s fat was delicious, too. 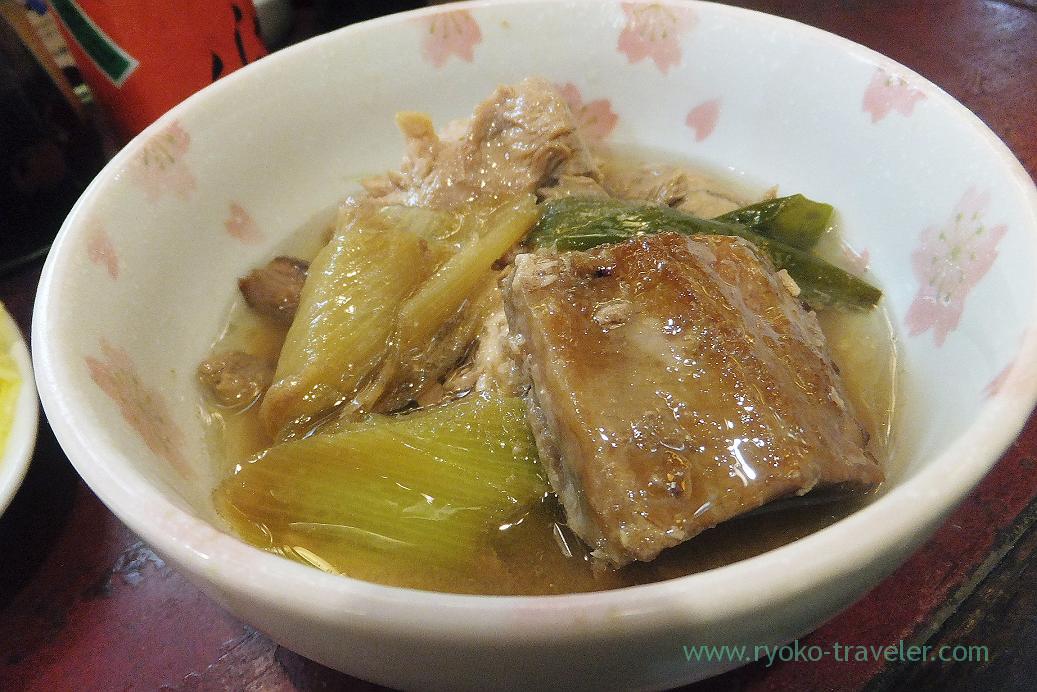 I waited for a while with the tuna and rice, miso soup and pickled Chinese cabbage. 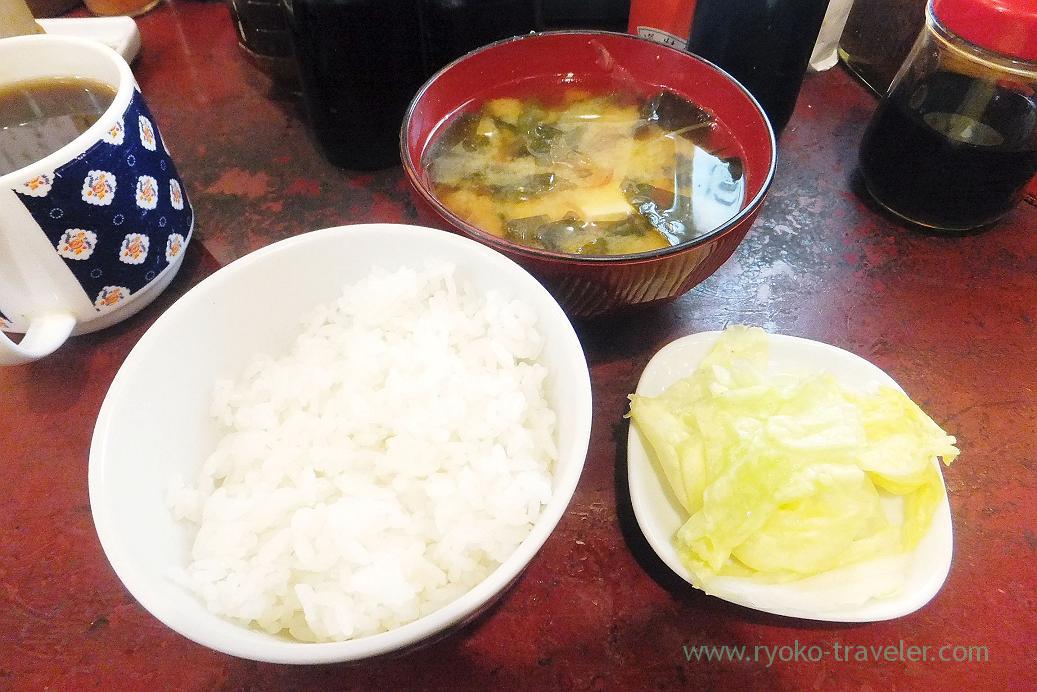 And then, this hot soup was served.
Hard clam and chicken ball soup.
You might not feel it looks tasty from its simple looking, but the soup had abundant  extract of chicken and clams by simmered for a long time ! It’s the taste of happiness in cold winter. 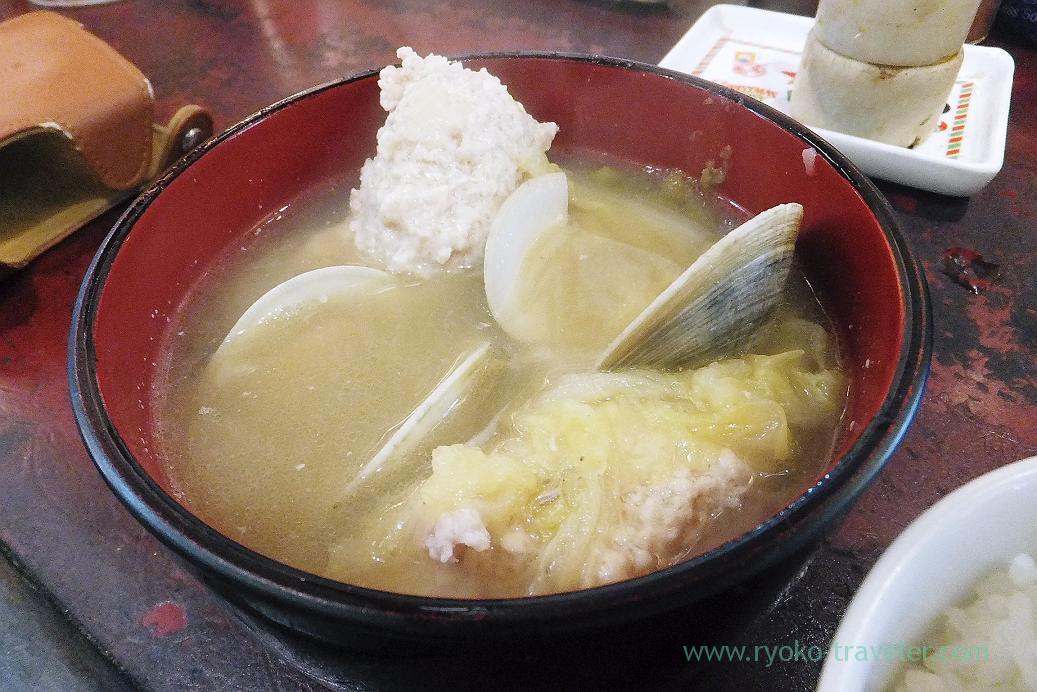 My 71st time to visit Yonehana was great, too 🙂

Notice: Yakitori-imai is temporarily closed to move to Gaienmae area close to Harajuku and Omotesando. Imai in ...

I rarely have breakfast at any shops along Monzeki street because those shops have seats outside. Too hot in Summer, and...

Gorgeous violet flowers in full bloom. The most popular Wisteria Festival in Tokyo is now held in Kameido Tenjin shrin...

When I walked in front of Tsukiji Han-tei (築地 はん亭) in Tsukiji. They were about to be open at lunchtime. Though I had an...