Though I wanted to go Tsukiji this Monday, I couldn’t wake up.
But I managed to get up early the next day and went to Tsukiji.

Tsukiji was not crowded that day.
When I got to Tsukijishijo station, there were few people getting off the station.
And also there were not many people in the market.

…Except Sushidai, Daiwa Zushi, nakaya and Oedo 😛
And unexpectedly Tenfusa had much guests. There were about 10 people waiting in front of the entrance.

I had breakfast at Yonehana.
To tell the truth, I intended to go to Yajima.

But I knew that day’s chef’s choice of Yonehana was grilled sablefish with Saikyo miso on twitter.
I love Saikyo-yaki 🙂

Half of the seats were vacant.

Well, after a while, my chef’s choice was served. 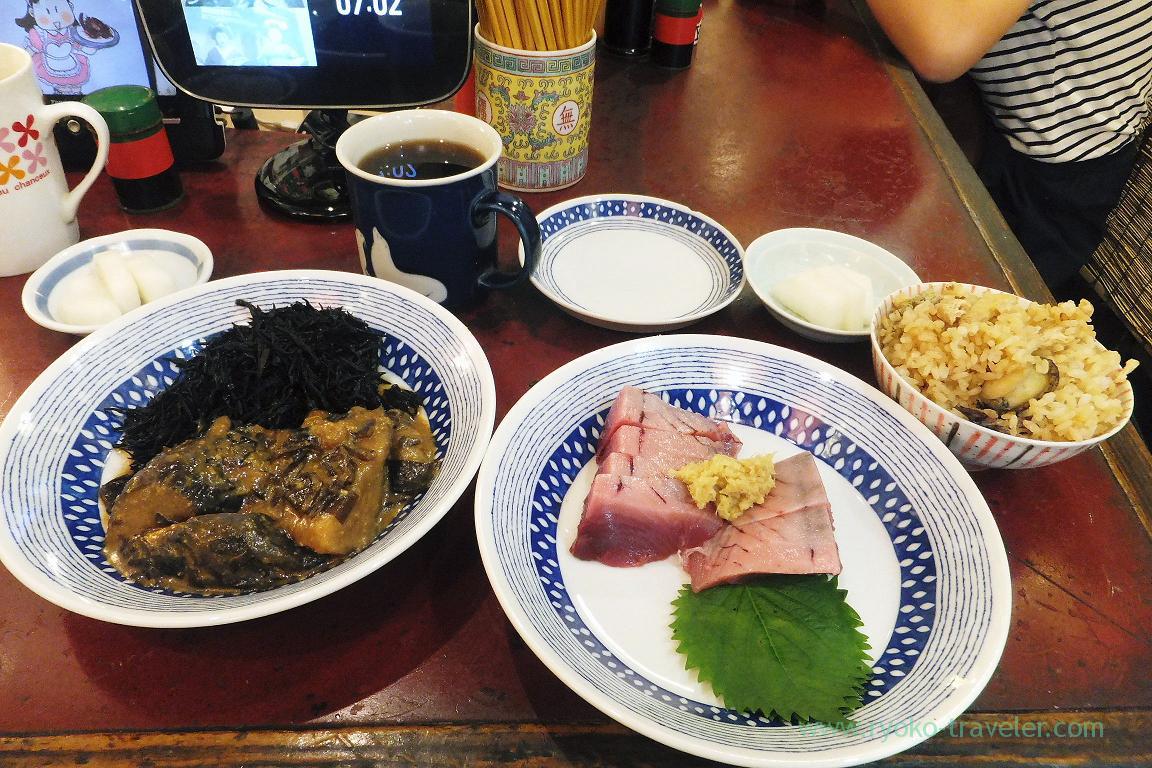 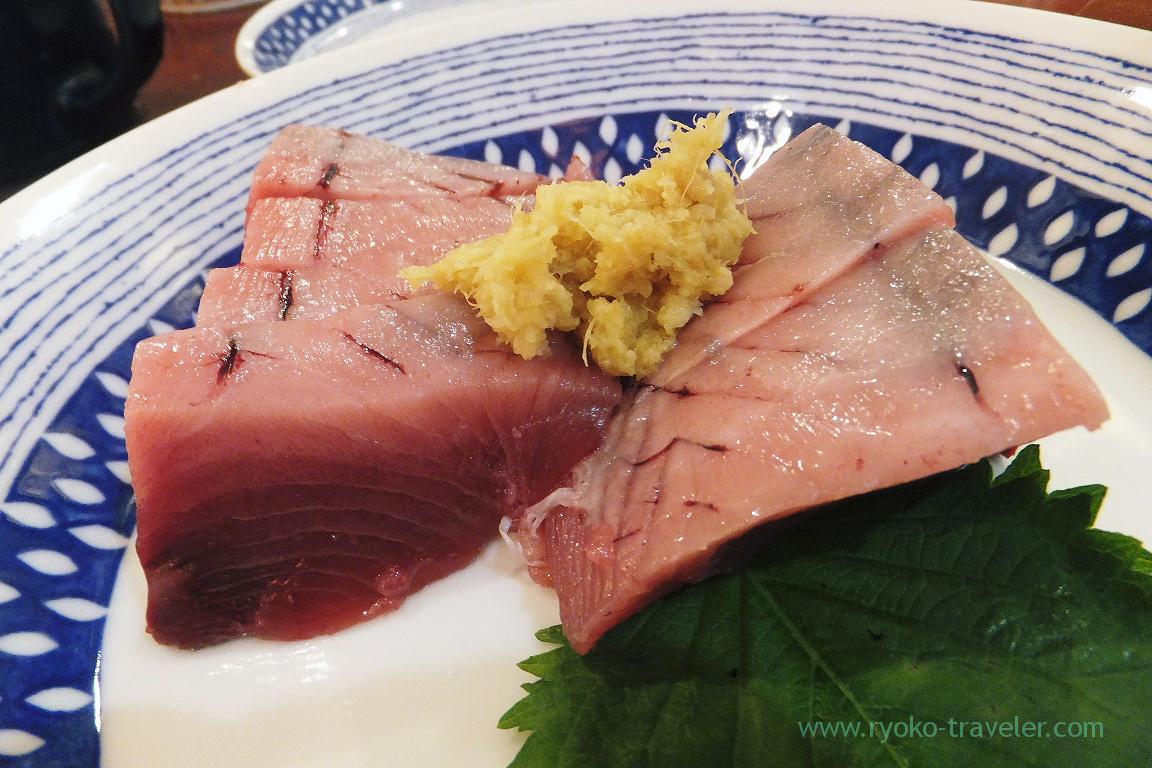 Yonehana’s Chef’s choice is changeable.
If it were usual, I would be really pleased with it. But that day, I intended to tweet some jokes with the photo of Saikyo-yaki 😛
And, I had a plan to have sashimi bowl at Hajime Sengyo-ten or sushi at Motodane as lunch.
So, I had to do a little considering.

The bonito sashimi ? Of course, it was splendid that day, too ! It was not fatty, but so fresh 🙂

Takikomi gohan
My friend said this is matsutake gohan. But,,, 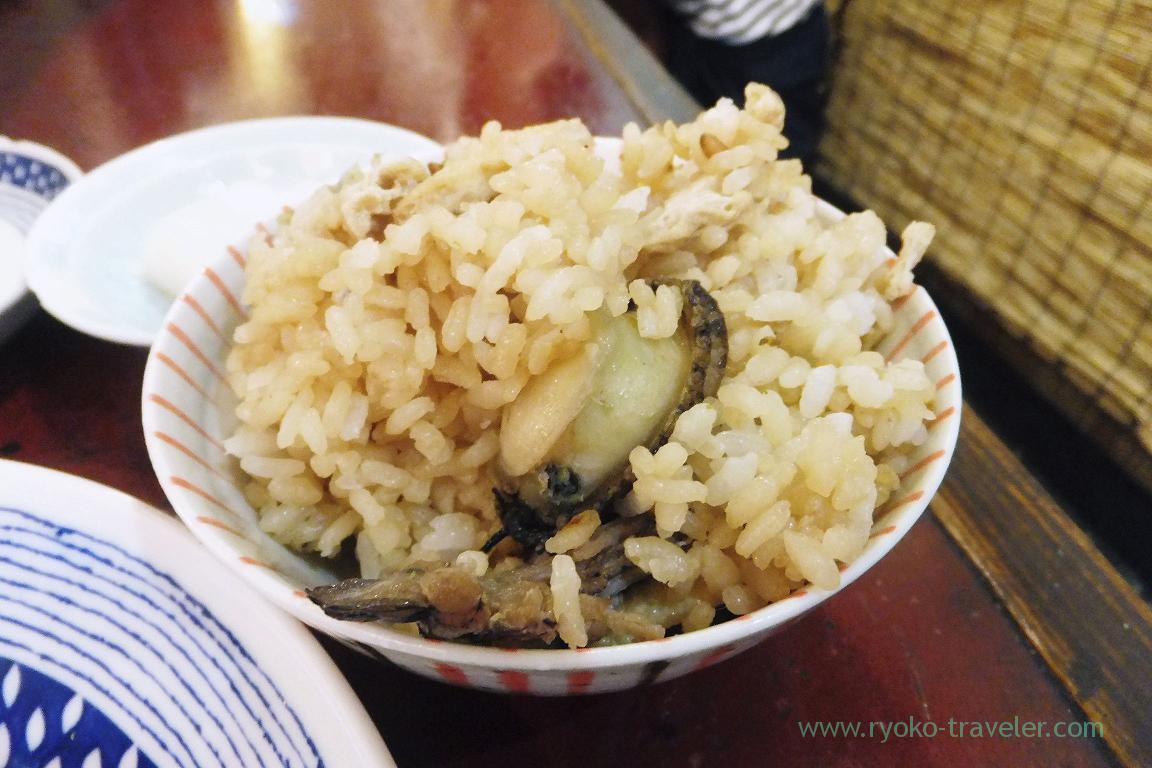 I couldn’t find the taste of Matsutake mushroom because there were many ingredients like abalone and giant clam. 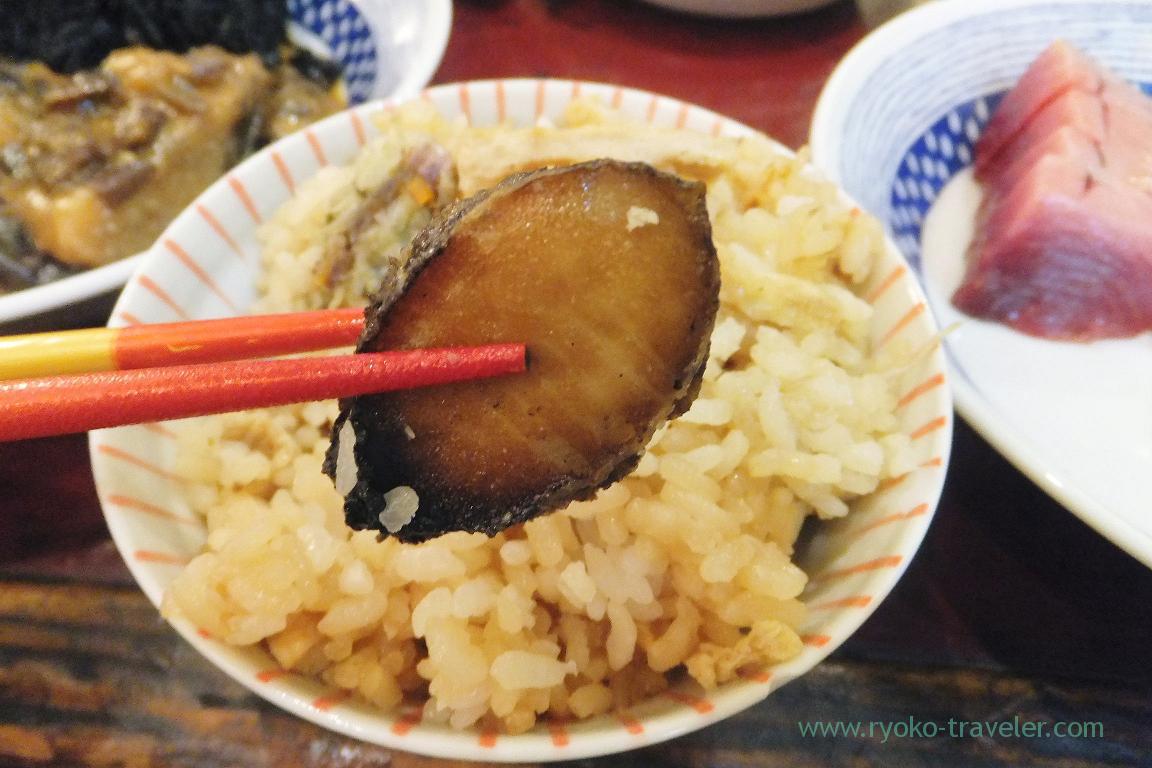 By the way, miso soup with shrimp was included in the chef’s choice, but it wasn’t served. Maybe, the waiter forgot it.
I intended to ask about it later, but it was hard for me to eat it up.
Boiled hijiki seaweed and boiled eggplants with peanuts and miso sauce. 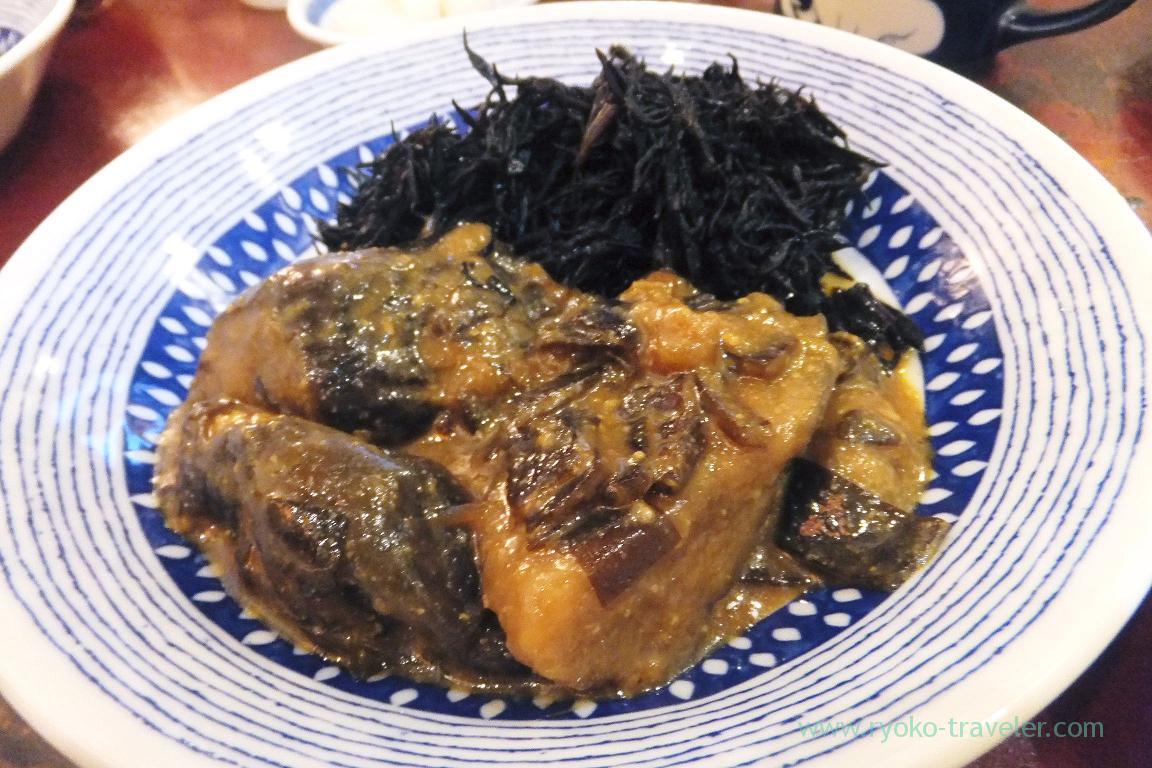 I ate the miso soup before. So, there’s no problem.

Unless crossing Kachidoki bridge, fresh tuna can be eaten. I tried to go to Tsukiji while my lunch break the other day,...

New year is drawing near, so I thought how is Tsukiji, and I went to see, But Tsukiji Market opened as usual unexpected...

One of the few Sri Lankan restaurant in Tokyo. I had wanted a small bag for my lunchbox. I had searched for a long ti...

Incredibly huge daikon radish. I had breakfast at Yonehana as usual. There were few vacant seats when I entered the sh...

Popular lunch spot in the Kachidoki view tower building Whenever I passed through in front of the shop, I was very inte...
Kagawa Ippuku (香川一福) in Kanda
Tsukiji : Cold duck meat nanban soba at Choseian