Serving raw pork meats is prohibited from this June 12nd by law in Japan.
Already raw beef meats is forbidden.
Strictly speaking, serving those raw meats itself is not forbidden, but they have to cook them under harsh rule, so it is actually impossible to serve raw meats for ordinary restaurants.
Only exclusive restaurants can serve it under the rule at higher price now.

Because of serious food poisoning at cheap yakiniku restaurant chain store a few years ago, the government moved to strengthen the regulation of serving raw beef meats.
(Part time worker was in charge of cooking at the restaurant… )
And then many restaurants served raw pork meats that is said to be fore dangerous than beef,  instead of beef.
I don’t know why it is said raw pork meat is more dangerous than beef…

This Hyottoko having served high quality raw meats for a long time will quit serving meats as raw this time.

So we visited this shop suddenly to bid farewell to raw meats. 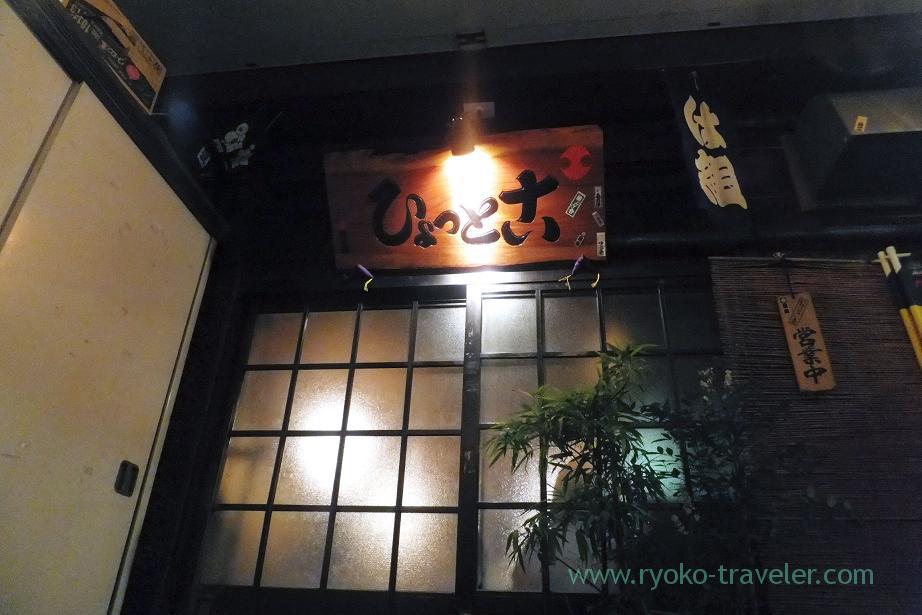 Hyottoko is close to Ningyocho sta.

After a while, we found there were much people following us 😛
People usually stay at izakaya for two hours, so we had to wait so much. We didn’t know how many hours we had to wait. Still everyone endured and waited in silent !
They were curious ! (Us, too :P)

We waited for one hour and 30 minutes or so.
Finally !

But we were three. There was space only for two persons along the counter table and the staff put one pipe chair between two chairs and we managed to keep our space.

On entering the house, we ordered our drinks and some raw meats !

Mine was citrus depressa (shiikwaasaa) sour ! 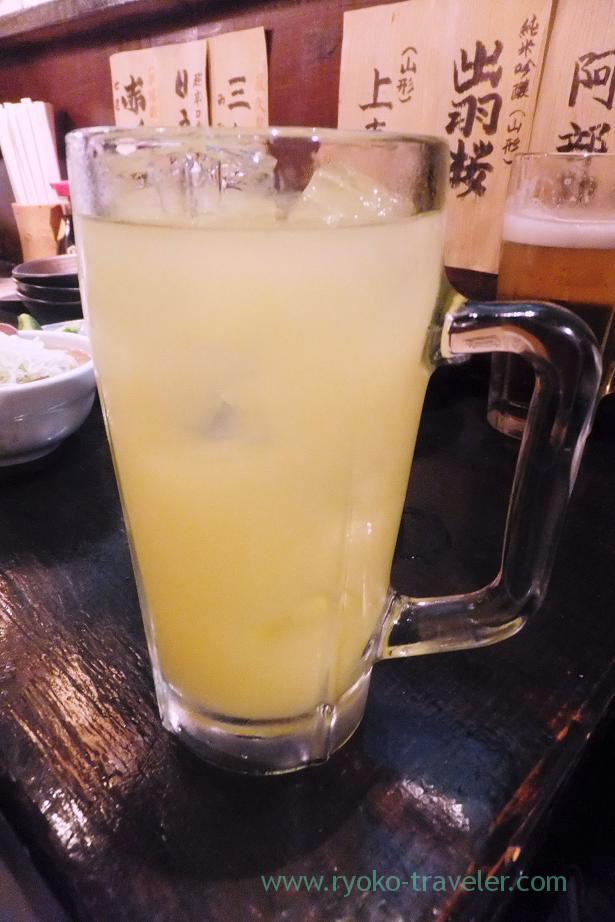 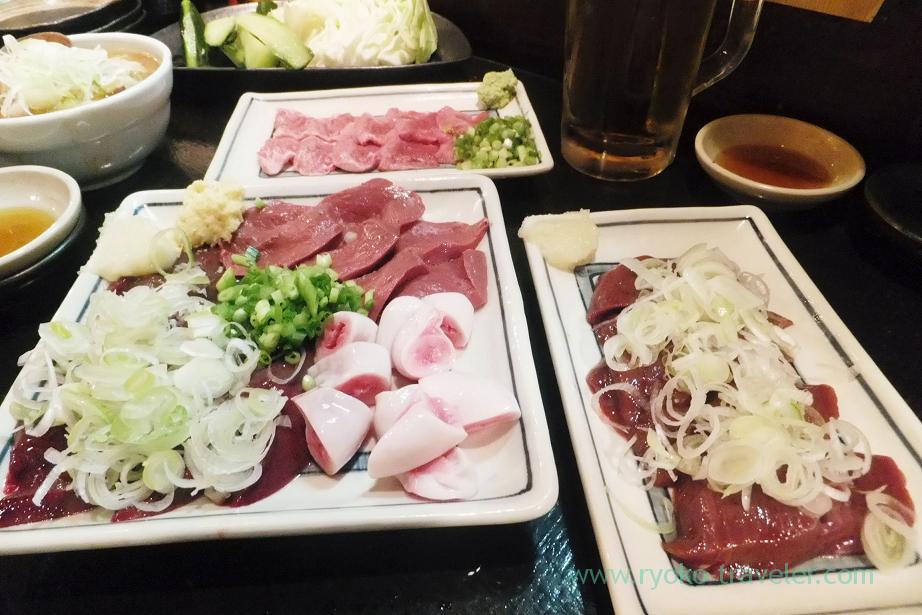 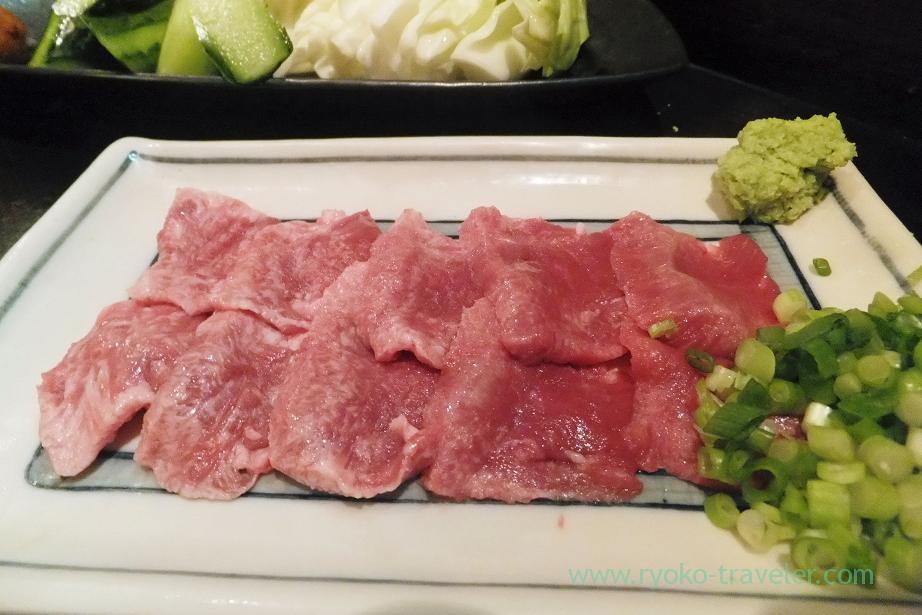 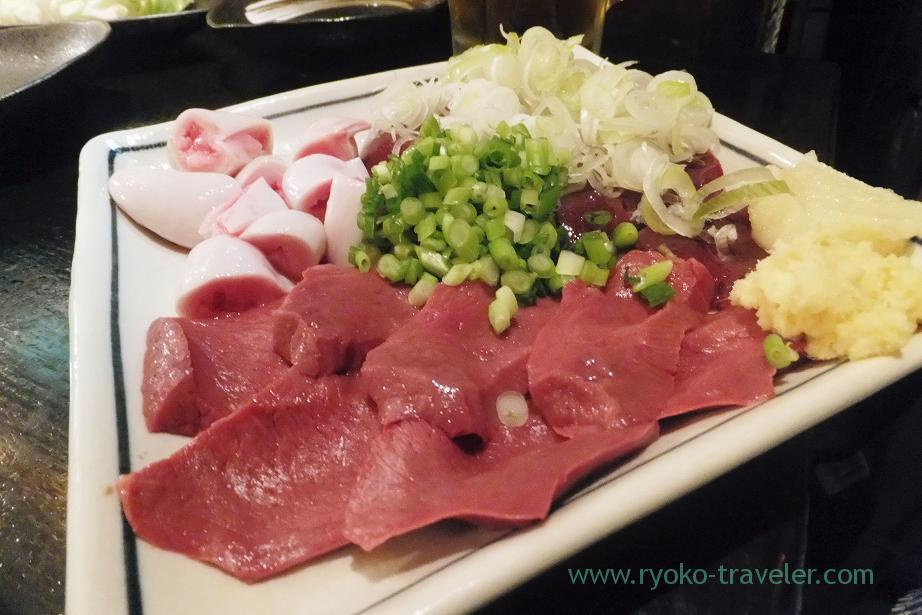 The uterus was boiled lightly.

Why Japanse love raw meats ?
I know. Foods specialists erase just wild smells of those fresh meats and serve them to us with savory ramain.
Seafood, too.

Besides meats, this Baked atsuage tofu (厚揚げ焼き, 650 yen) is popular. 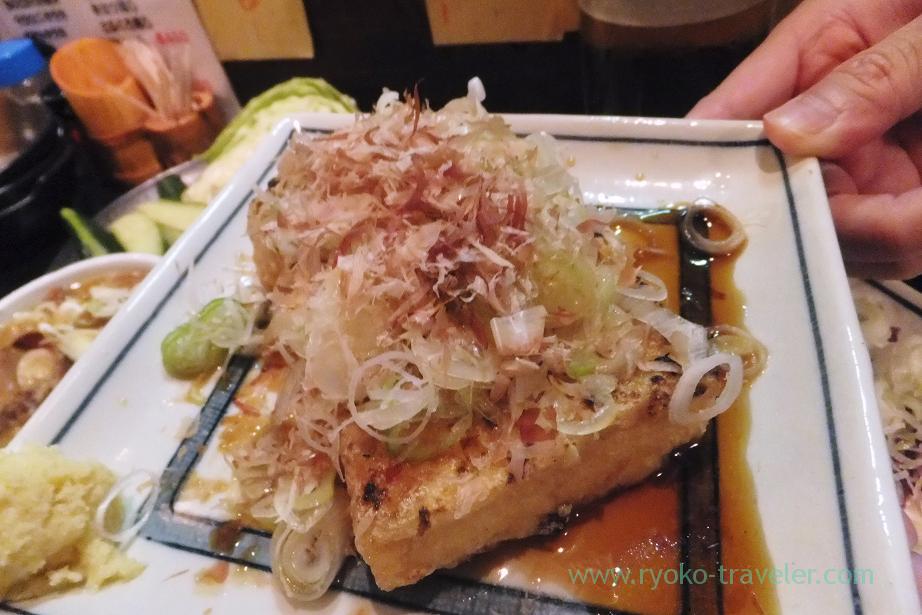 Especially, it seems to win middle-aged men’s heart and mind 🙂 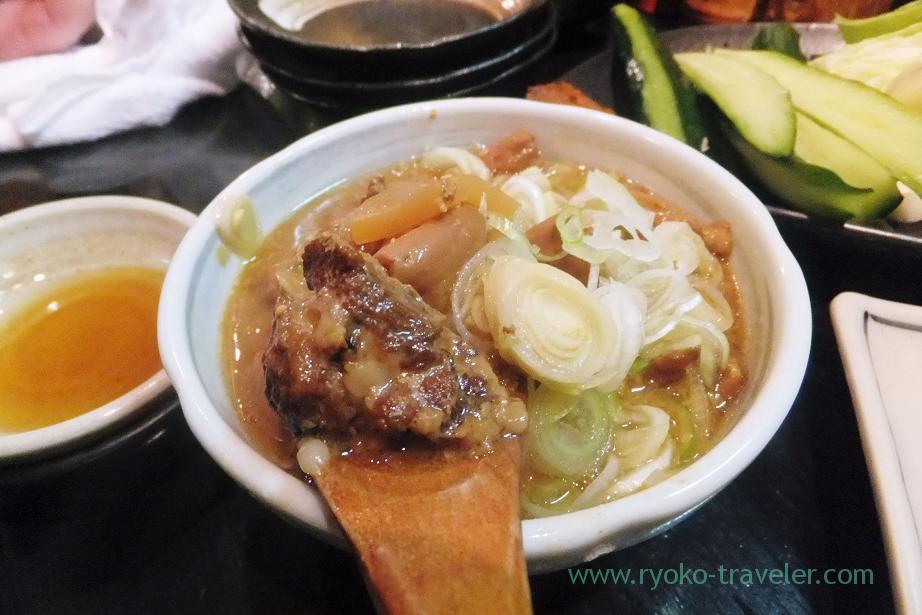 And otoshi (We forgot its exists for a while :P)
This fresh cabbage and cucumber was good. 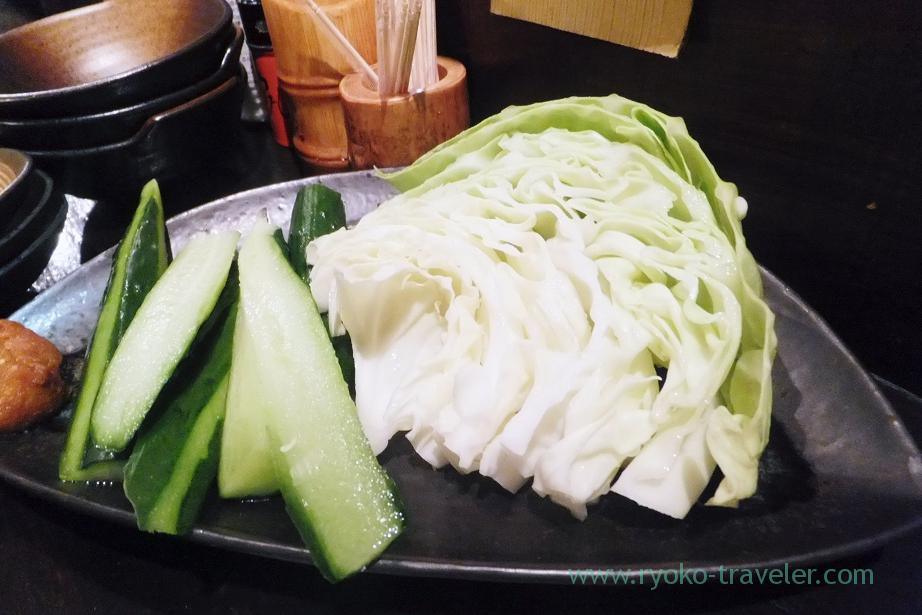 We ordered too much ! Our space was too narrow !

But I added Japanese sake 😛 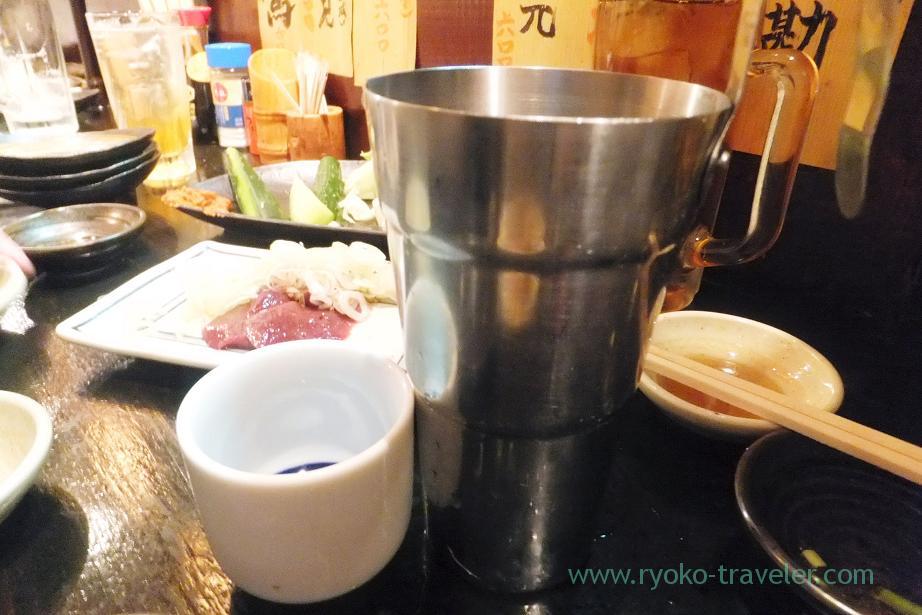 When had another dish of liver sashimi and were satisfied with raw meats, one group at the table left. So we moved to the table ! 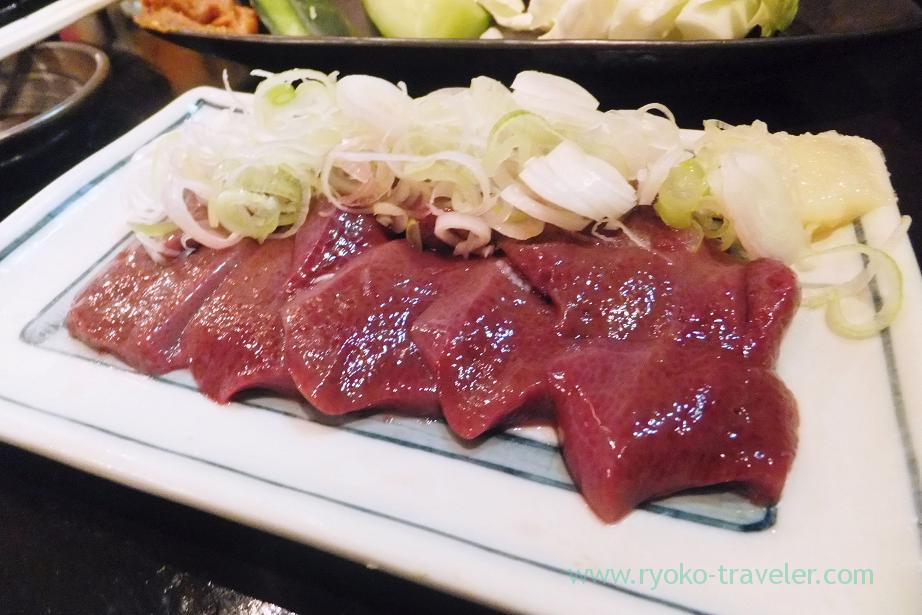 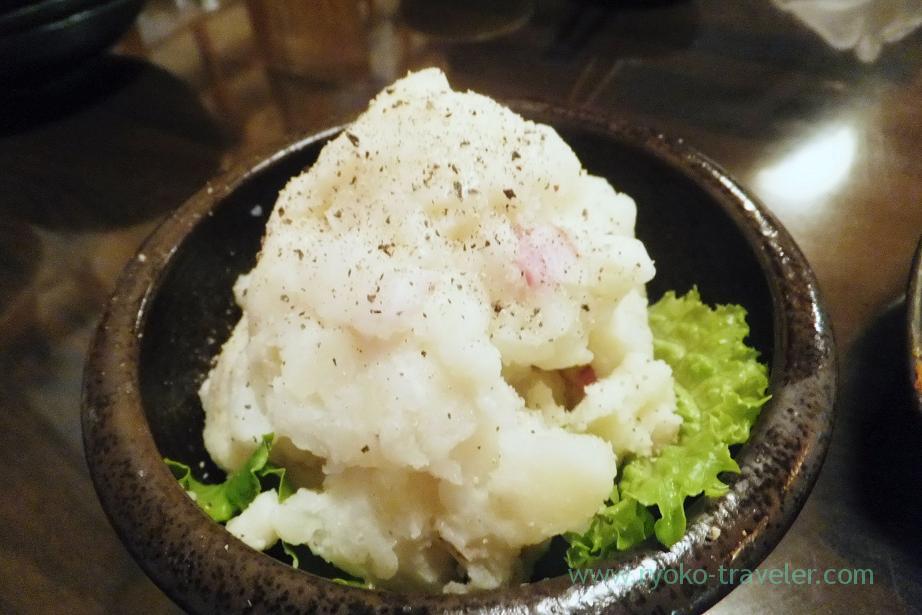 And we ordered some grilled foods. 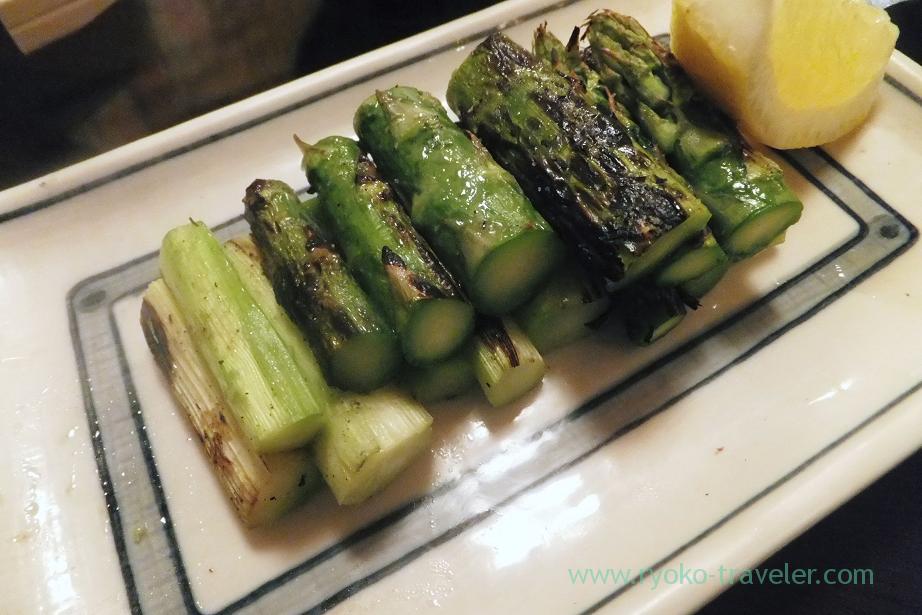 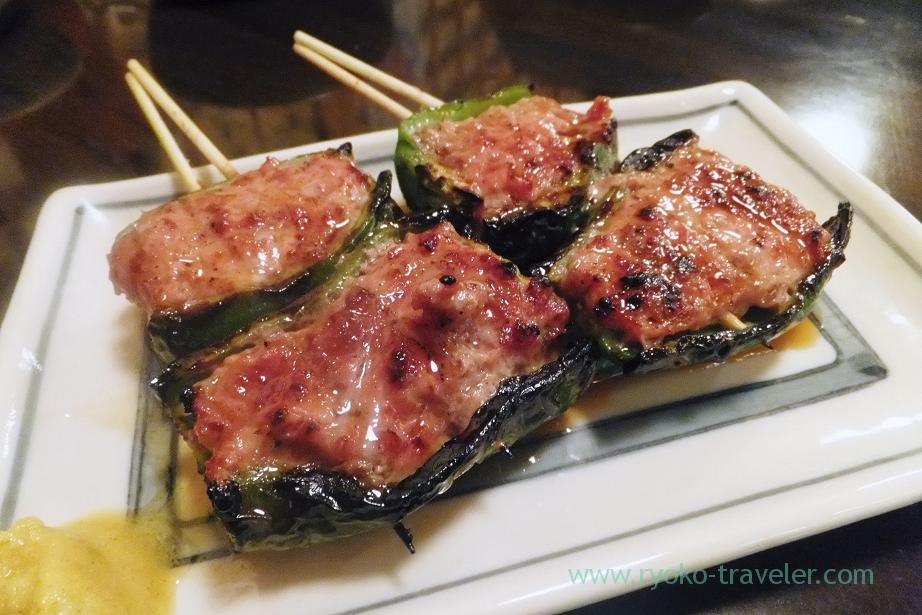 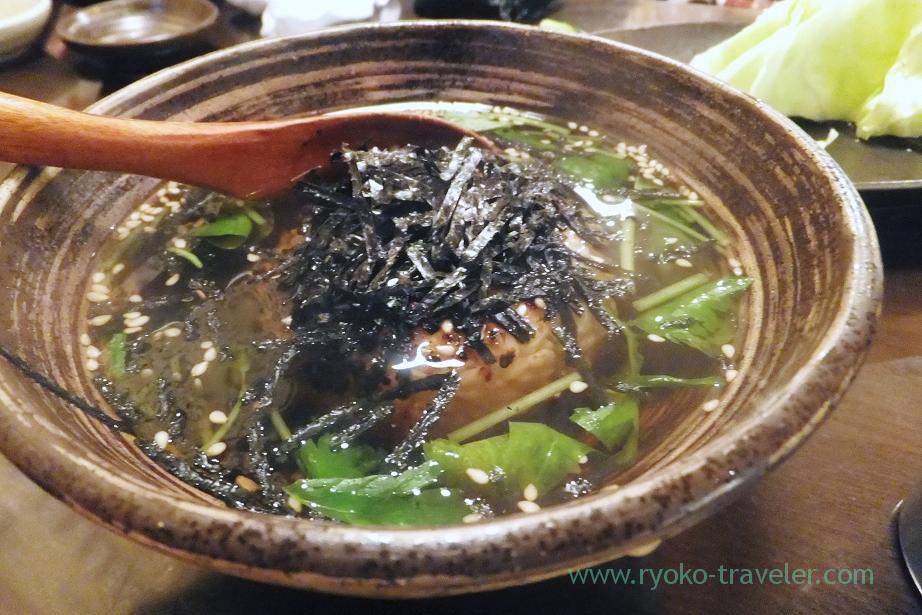 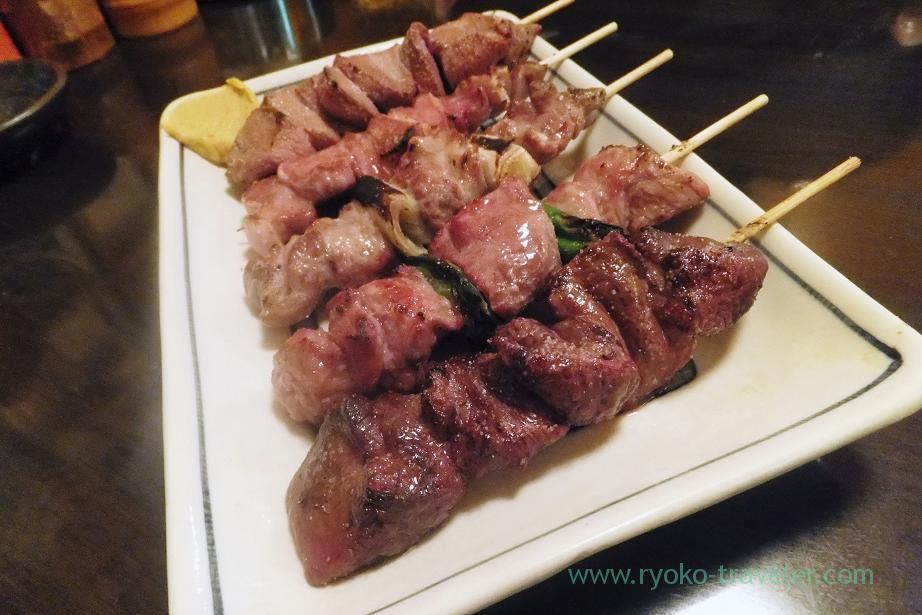 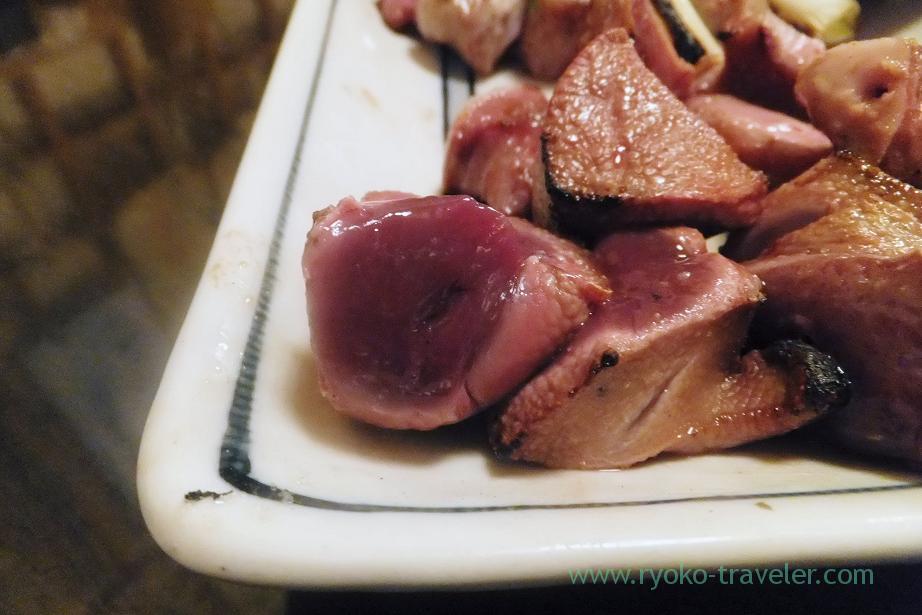 Liver was rare ! Almost raw ! But I think they are going to cook the inside more.

Ah, we were really sad that we can’t eat such a delicious raw meat in Japan !
Korea… I know we can eat raw meat in Korea…. Next trip is Korea ? 🙂

And we enjoyed raw meat at another shop before the day, too 😛
At “Konpei” in Nishi-Ojima station close to Kameido 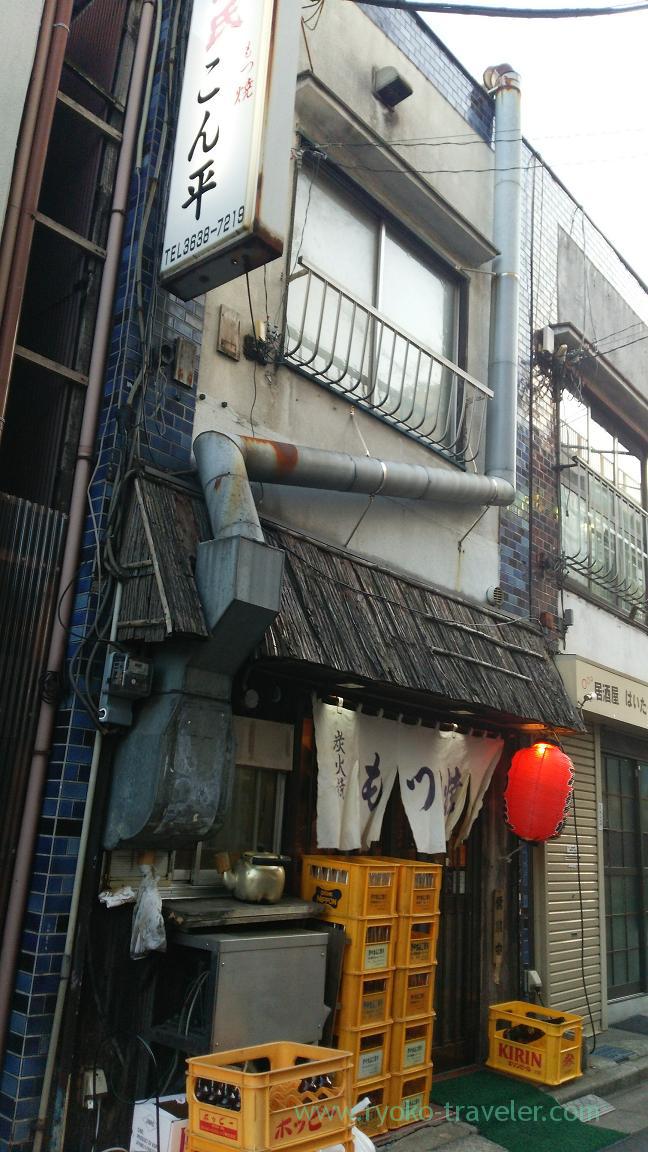 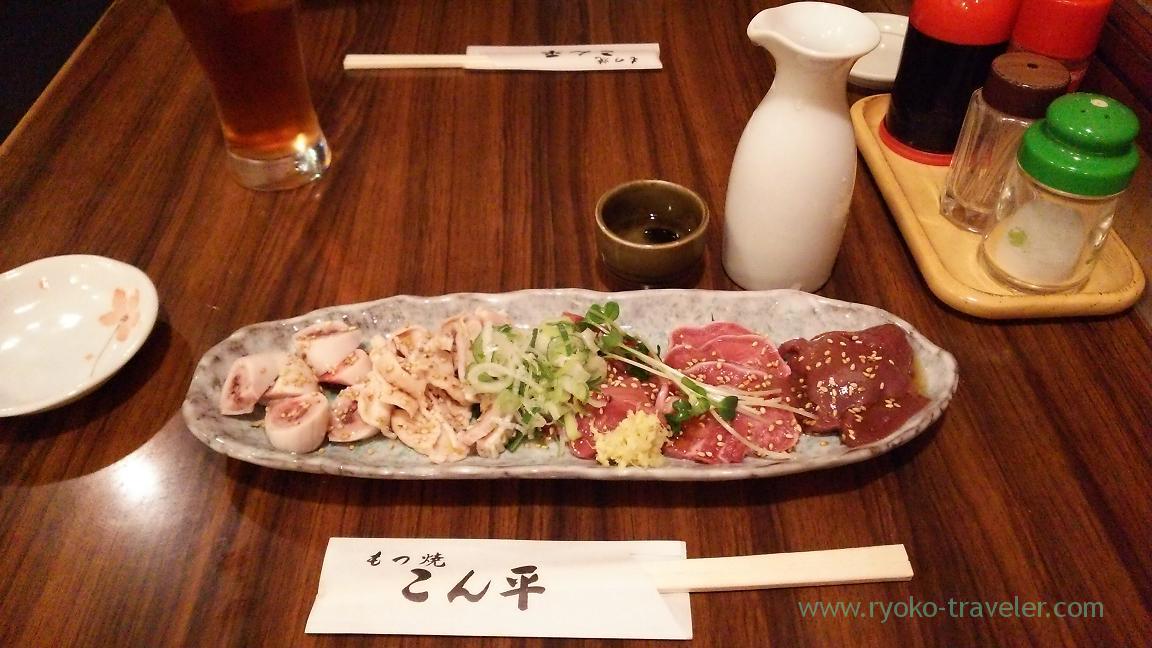 Second helping of Tongue and liver sashimi (タン刺しとレバ刺し, 450 yen each) 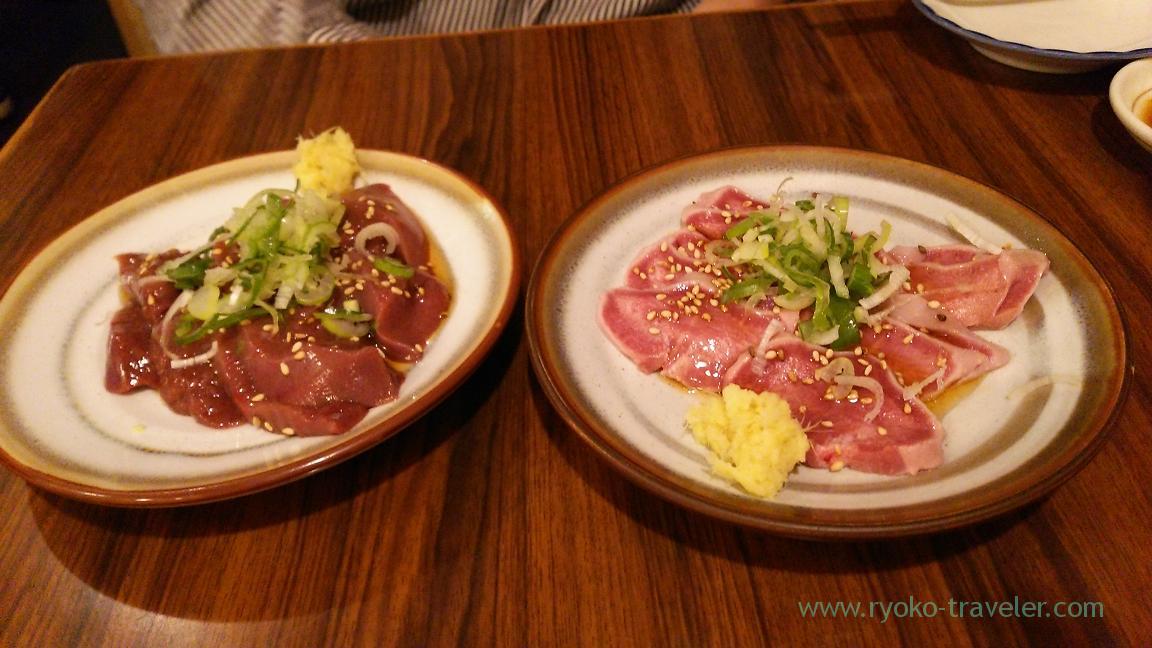 We enjoyed hotpot party to the full ! Fujimura has started to serve hotpot dishes, so we went to there to eat hotpot. ...

Yonehana is best choice if you want to eat sashimi bowl at Tsukiji ! The first day I went to Yonehana, I ate Sashimi...

I made it :) Odayasu serves "chicken nanban" from April to September. I forgot to eat it and I found October ha...

I found a good restaurant for lunch in Harumi Toriton Building. The name is Harumi Toriton branch, Chigasaki Umibune ....
Funabashi : Ayutthaya is in Japan, too ! (アユタヤ)
Ebikin (えび金) in Tsukiji