Finally, Tomo-no-moto near Higashi-Nakayama station is reopen 🙂
The manager (chef) recovered from his disease and opened his shop again.

So, we went to there after two years absence. Tomo-no-moto is located close to Higashi Nakayama station (Keisei main line) as before. 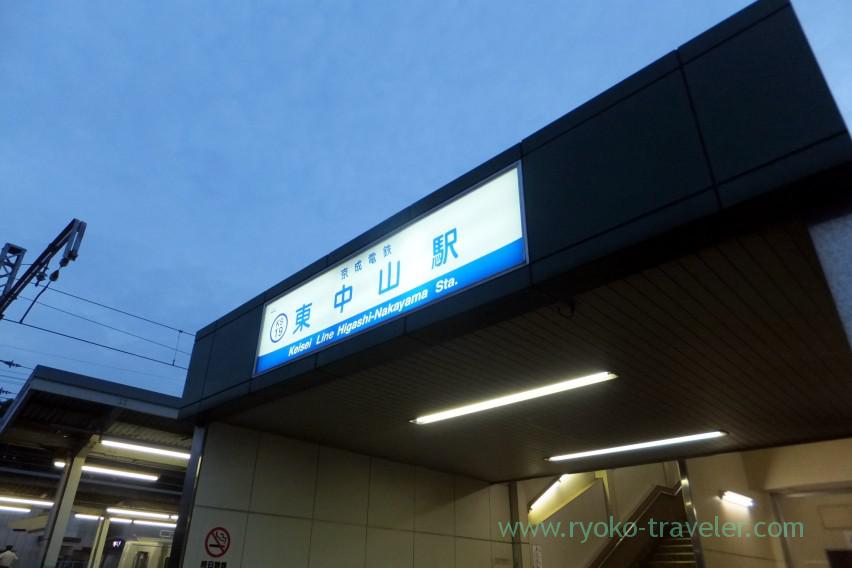 Nothing has changed. The manager welcomed us with his big smile as well as before. The manager trained in the rather popular ramen shop close to Funabashi Sta that is named Sandaime Maruha Kiwami. And then he opened this shop.
http://www.ryoko-traveler.com/sandaime-maruha-kiwami1/

But unfortunately he got severe disease several months after he started this shop. Everyone who like his ramen were waiting with hope. And finally he was out of the hospital and restarted his business.

Shio ramen having much extracts of clams !

And this luxury soup had plenty of extracts of clams ! It’s not Shio (塩 = salt) ramen ! It’s Shio (潮 = sea water) ramen ! If you visit to Tokyo, it’s well worth coming to Chiba only for this ramen ! You can get to there from Tokyo station within 50 minutes on train. This noodle is made with whole wheat flour. The noodle has changed, too.It had springy texture and tasted good. His shio ramen is one of the best shio ramen for me. I’m really glad that I can go there on foot because I moved within the same city 🙂

Shoyu ramen is good, too

Chinese Noodles (All toppings on, 特製中華そば, 930 yen)
I ate it when I visited there for the frist time.
Huge roasted pork covered the surface of soup. Noodles are can’t be seen :p
Kinso-dori Chicken (special chicken grown in Chiba with good bait) based soup was sweet just a little and tasty.
Two slices of roasted pork, hard clam, boiled egg with soy sauce, hosaki menma (ear of bambo), and white radish sprouts on it.
This half-boiled egg had raw yolk. I like this narrow noodle and it went with the chicken-based soup very well. He prepare Toritama (200yen) after you finish eating noodles in the soup. Toritama is, what is called, Kaedama (替え玉). Kaedama is second helping of noodles.

But this toritama is not normal kaedama. Normal kaedama is simple noodles.
Toritama is noodles dressed with chicken-based sauce and put raw yolk and chives on it. You can eat it as it is as “aesoba” (ramen without soup). And also also you can put it into the soup as kaedama. Now the business hours is short because he haven’t still recovered from his disease completely.

Bolt's made a part of history of spicy curry in Japan I tried a restaurant that is close to my house and I had wanted t...

Hut-like restaurant. I had lunch at a small restaurant that is named "Petite restaurant Hut" and look like cottage in ...

Texas Steakhouse Group. I had thick meat after a long long absence because of dental treatment for a long time :) T...