Sushi Hashimoto passed their 1st anniversary. Only one year have passed since they have started their business ! They’re already well-known as high quality sushi restaurant. 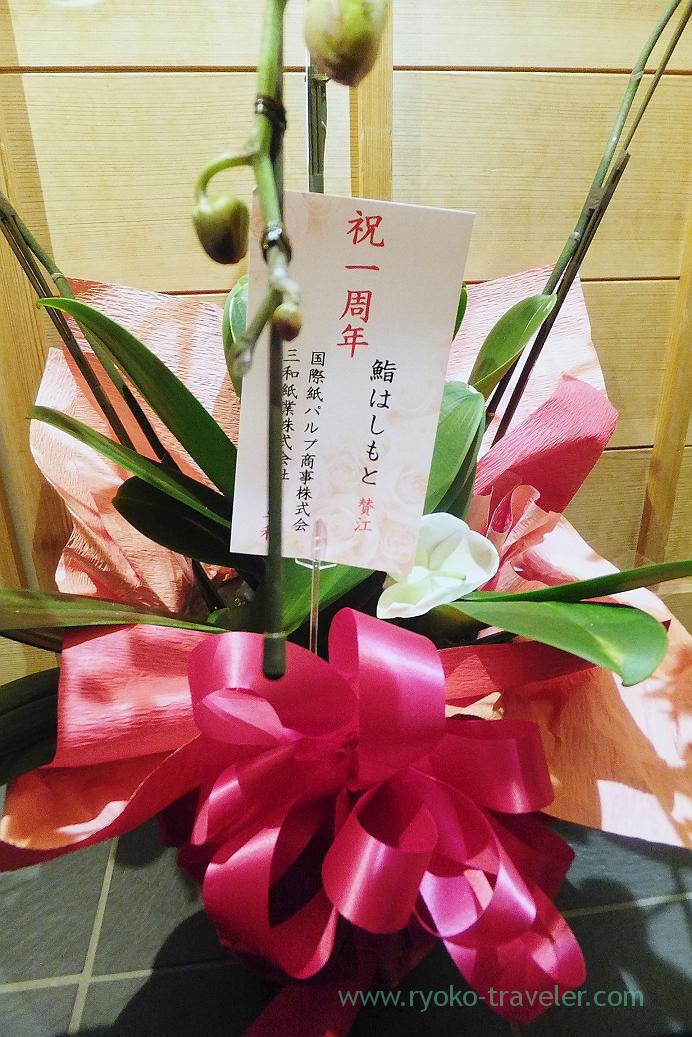 I rarely drink alcoholic drinks at sushi restaurant, but somehow Hashimoto’s foods are suitable for Japanese sake and I can’t avoid having Japanese sake with them.

They chose my Japanese sake. Their choice was
“Yuki no Bijin” from Akita prefecture. “Yuki no Bijin” means beauty in the snow. They chose it because it mean me ? :p
Anyway, it was easy to drink and flavory. 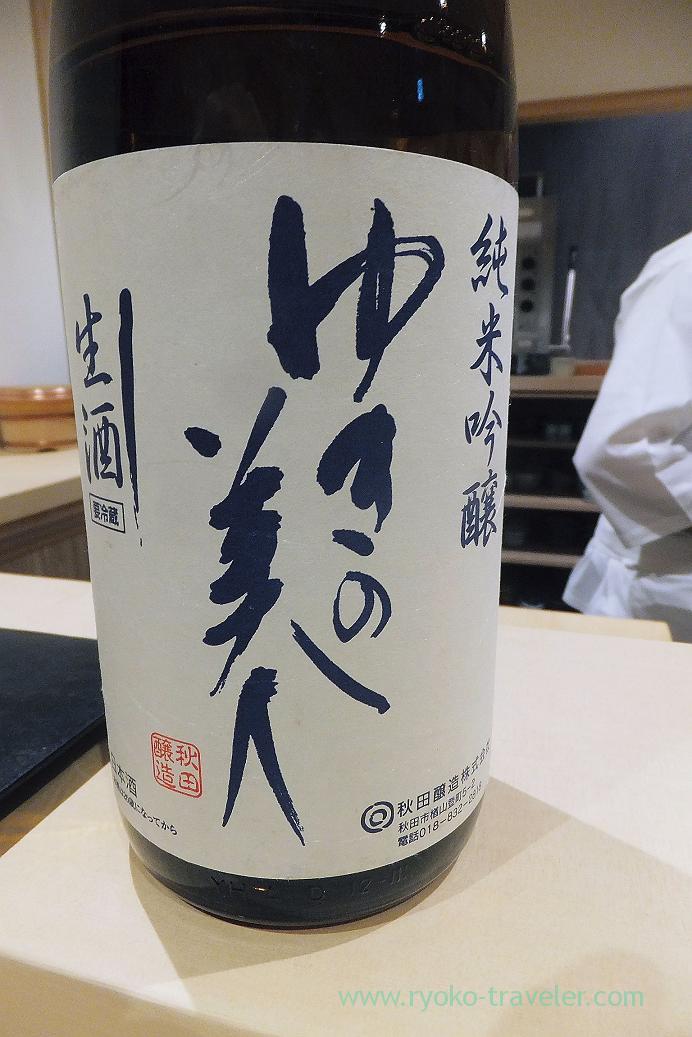 Sush Hashimoto have one course only. So, all we have to do it to wait our foods to be served 🙂

Otoshi was Kinukatsugi (きぬかつぎ) as same as last time. I could peel it easily because I learned how to peel it 🙂 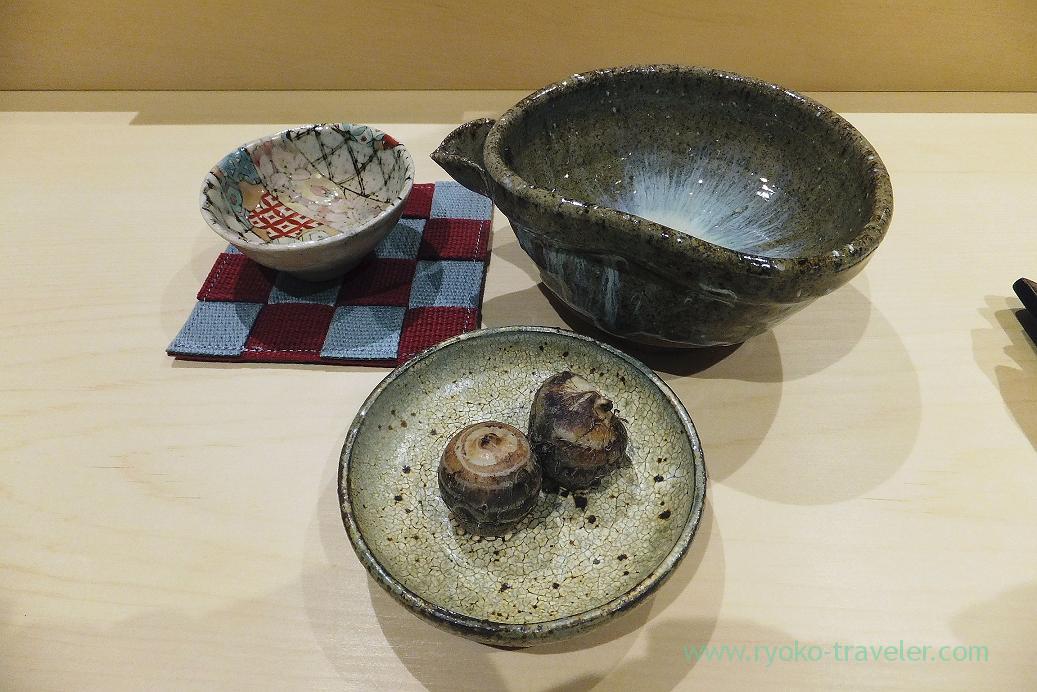 The course had some same foods as last time. But I wanted to eat these foods again, so, there’s no problem 🙂

Shintomicho : Sushi Hashimoto in November (鮨はしもと)
Thanks to my friends, I could visit Sushi Hashimoto again. Once in a month ! But, finally, we couldn't reserve next time at that time :( The reservation was full for another two months. The ...
www.ryoko-traveler.com With sauce made from soy sauce and its liver.
The chef said to us, “Please left the sauce as we can”. 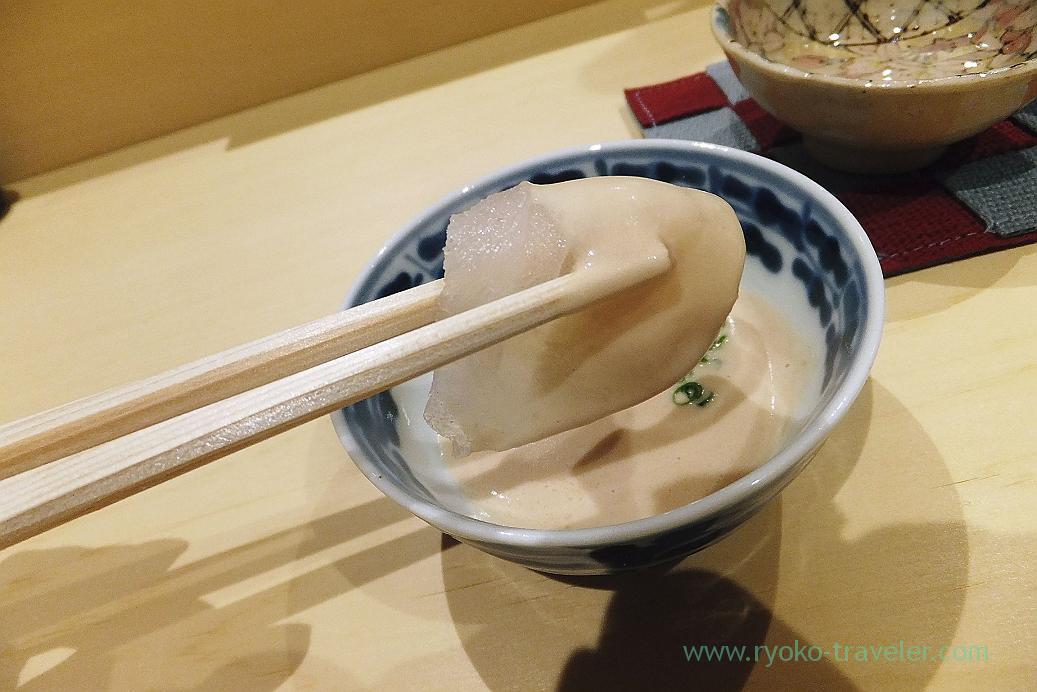 After we finished eating filefish, the chef collected our sauce and …

The chef put vinegared rice and a kind of squid named Shiroika (シロイカ) into the bowl. 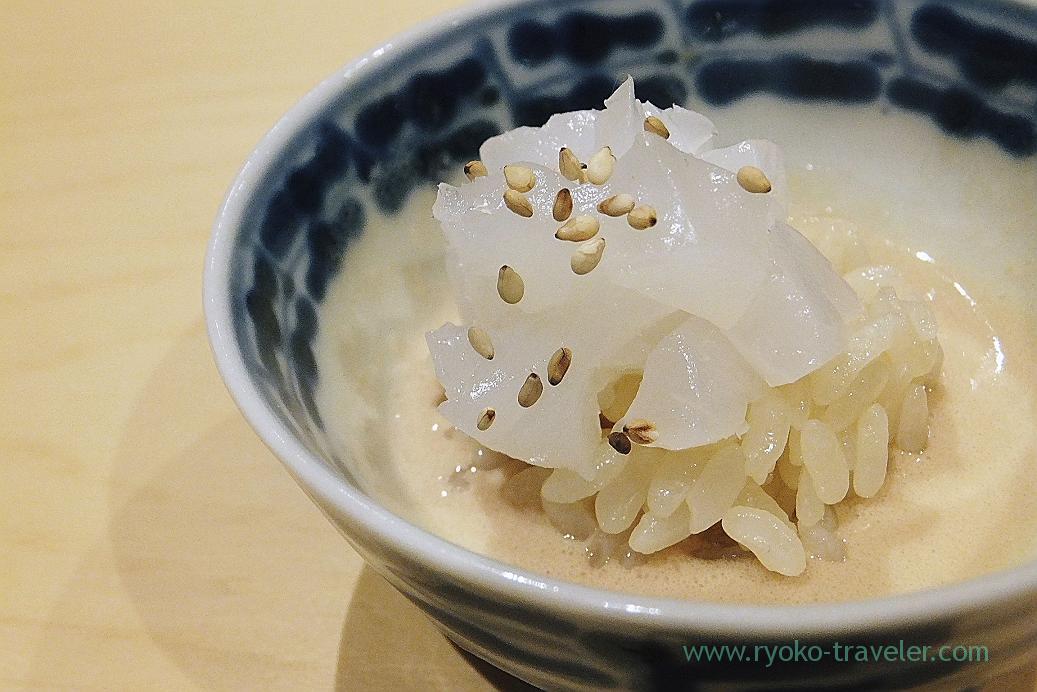 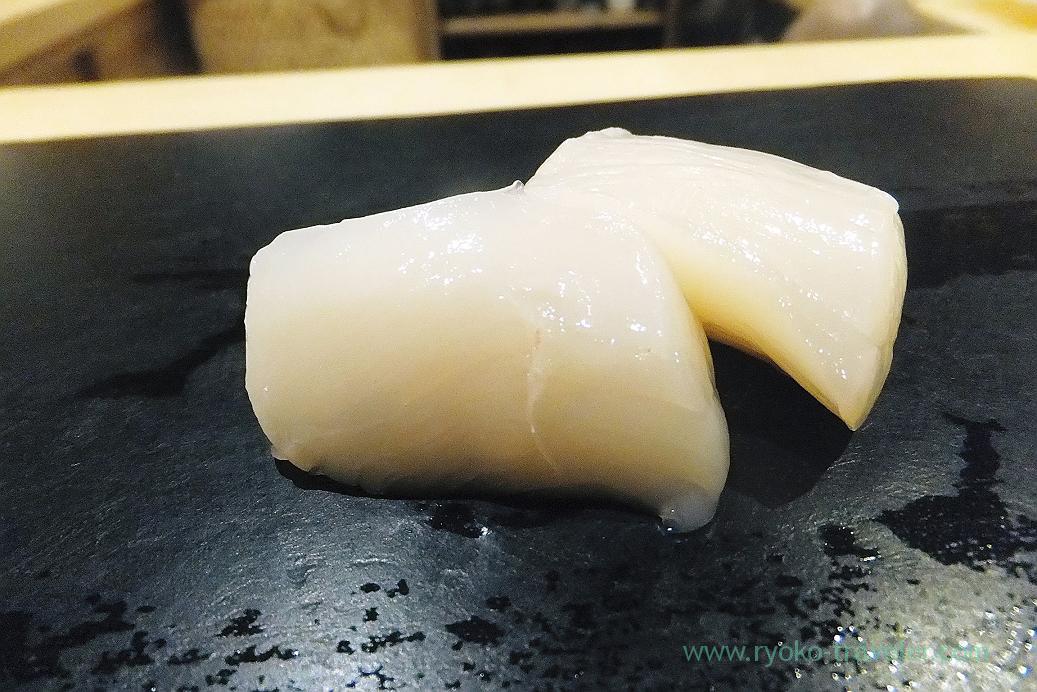 Steamed abalone with its innards sauce (蒸し鮑 肝ソース)
Of course the abalone was soft and tasty, and more, this sauce was great. It had a little bitterness and the bitterness was good. 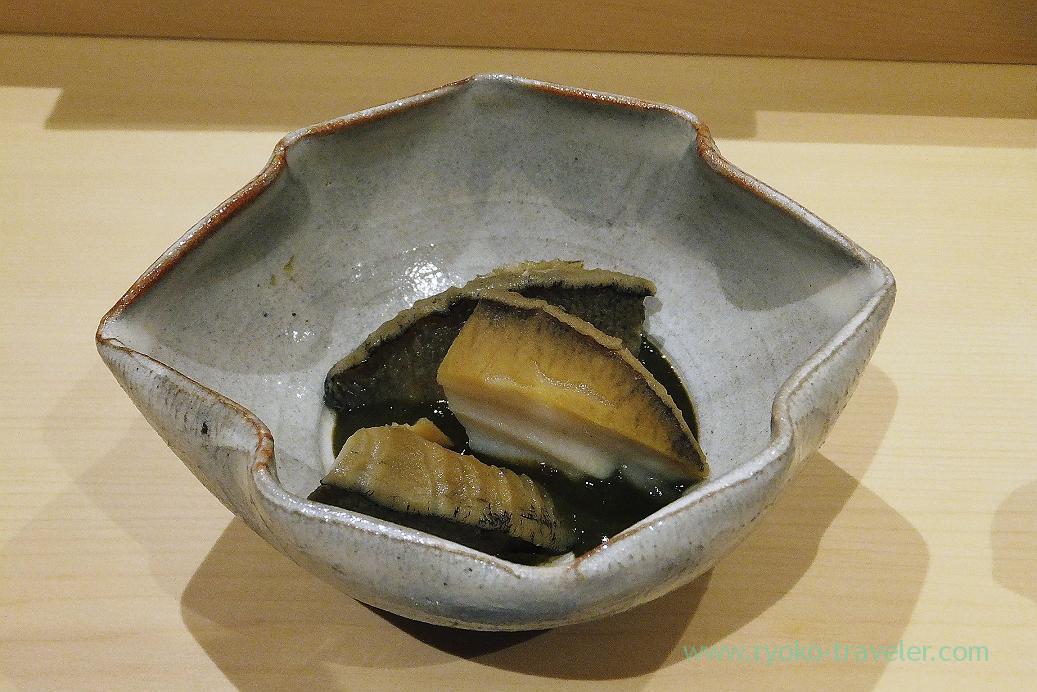 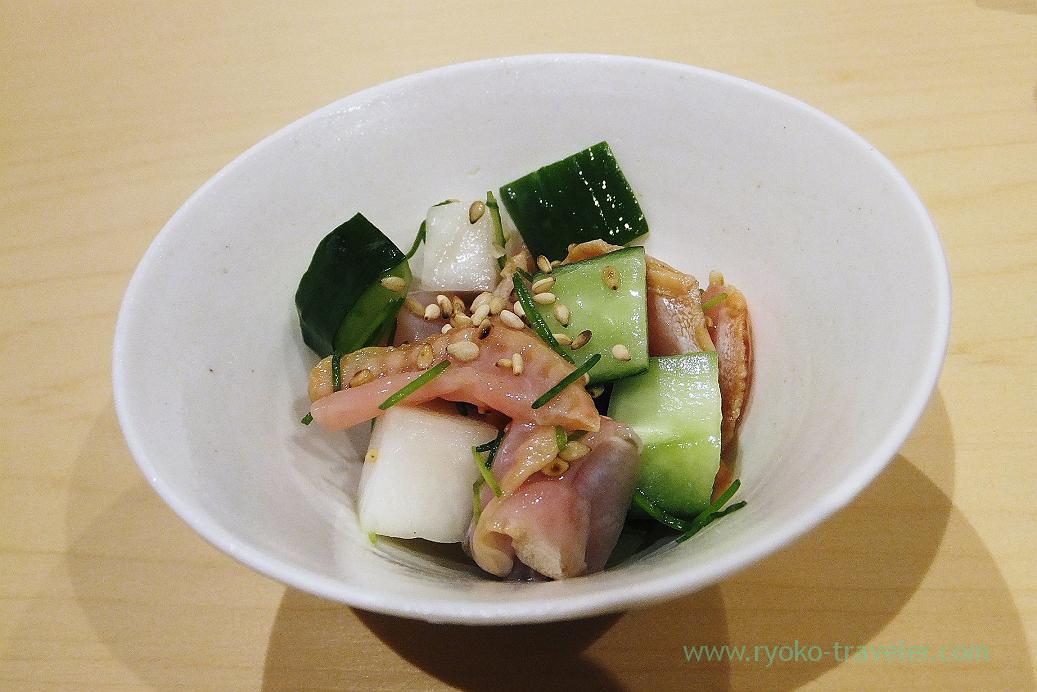 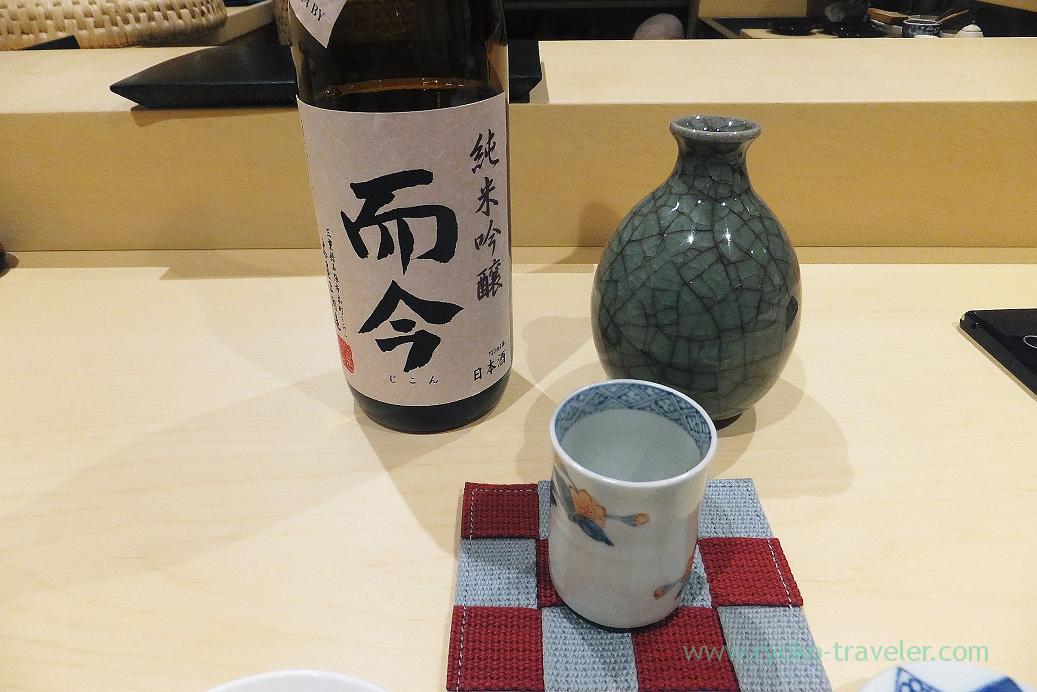 Chawanmushi with soft roe (白子の茶碗蒸し)
Those thick texture was good 🙂 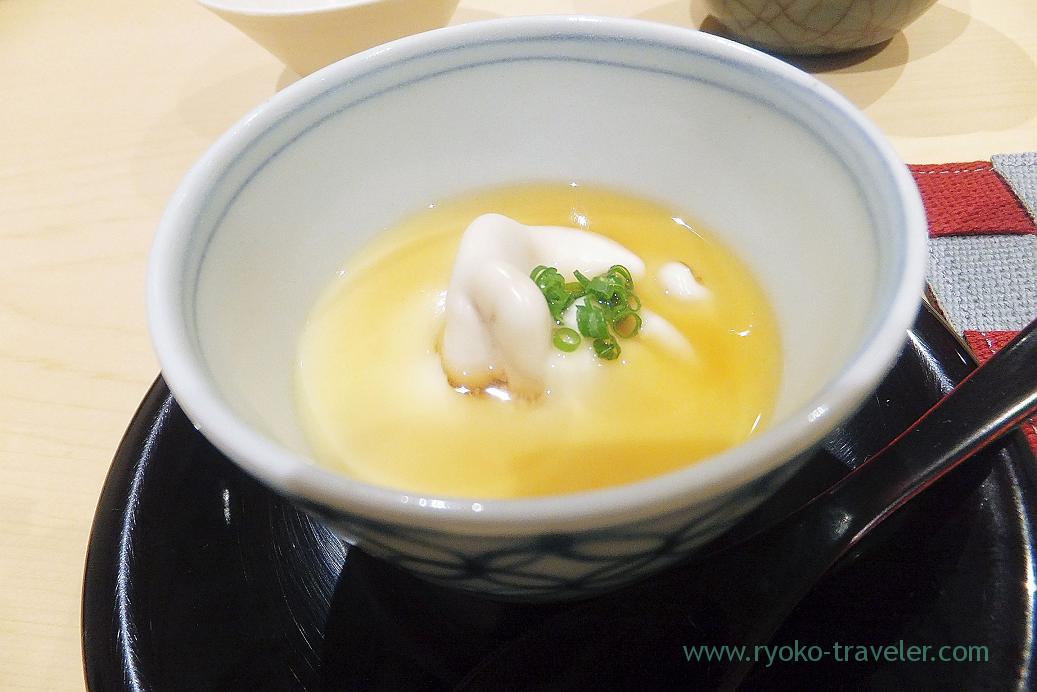 And then, Grilled hairtail with salt (タチウオの塩焼き) was served as the sign of the last tsumami.
I like the hairtail best as grilled fish at Sushi Hashimoto. 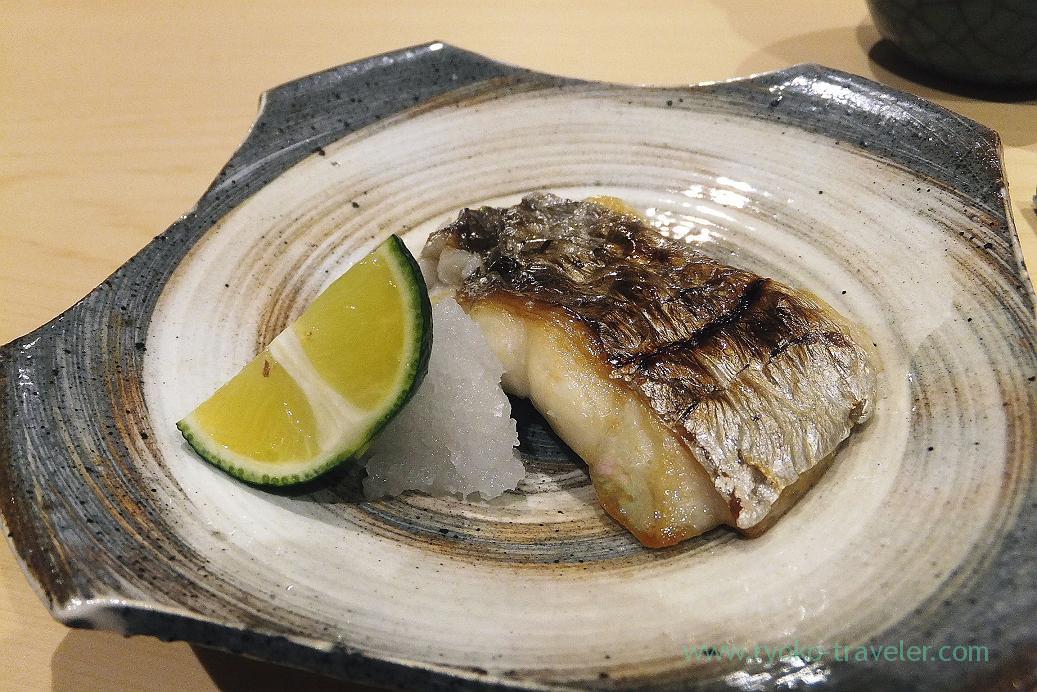 And then sushi time. I wanted to drink my sake up before sushi time, it left just a little :p 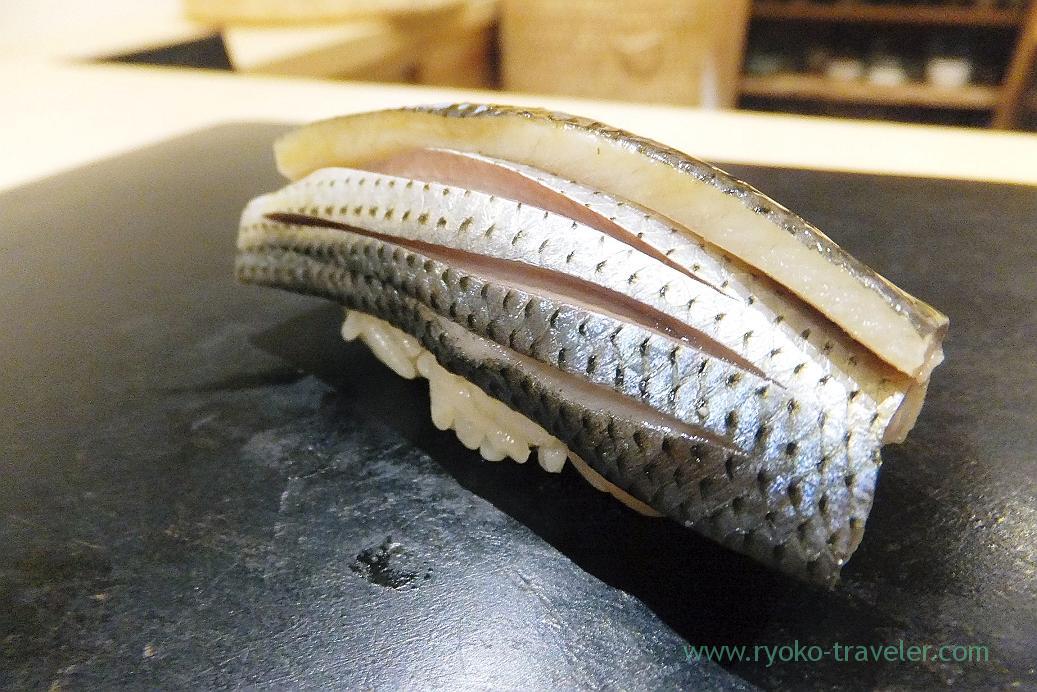 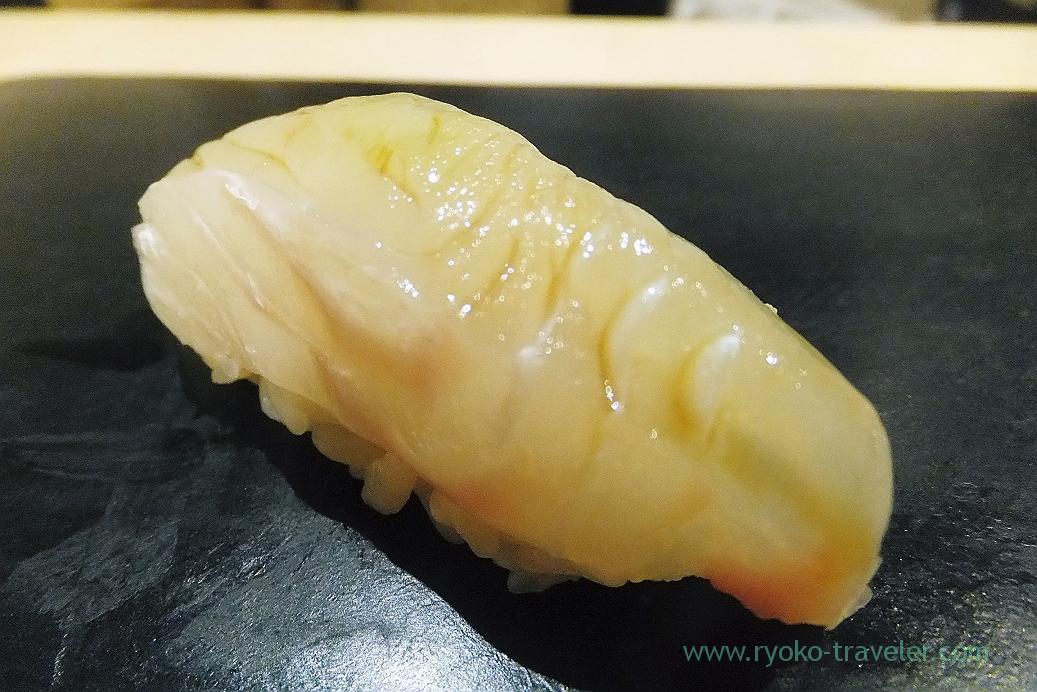 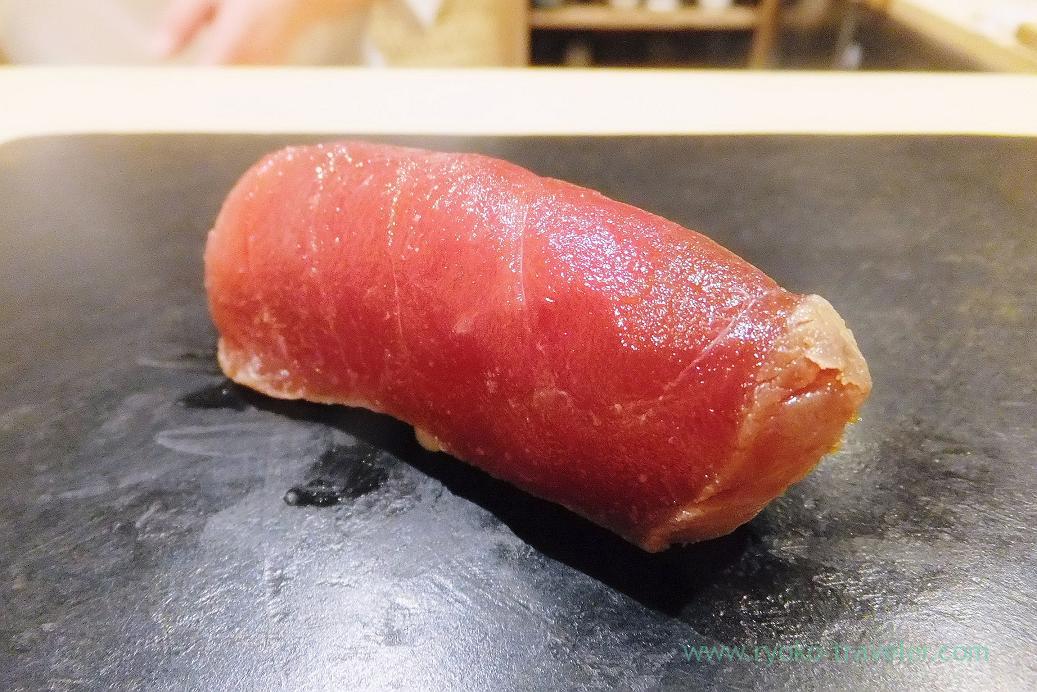 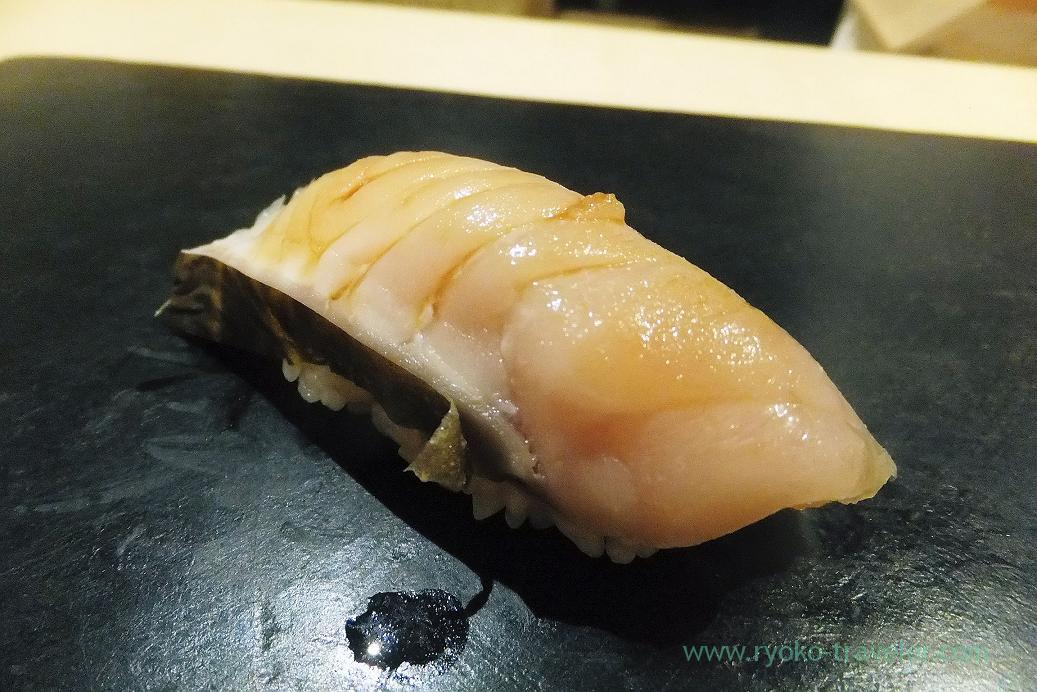 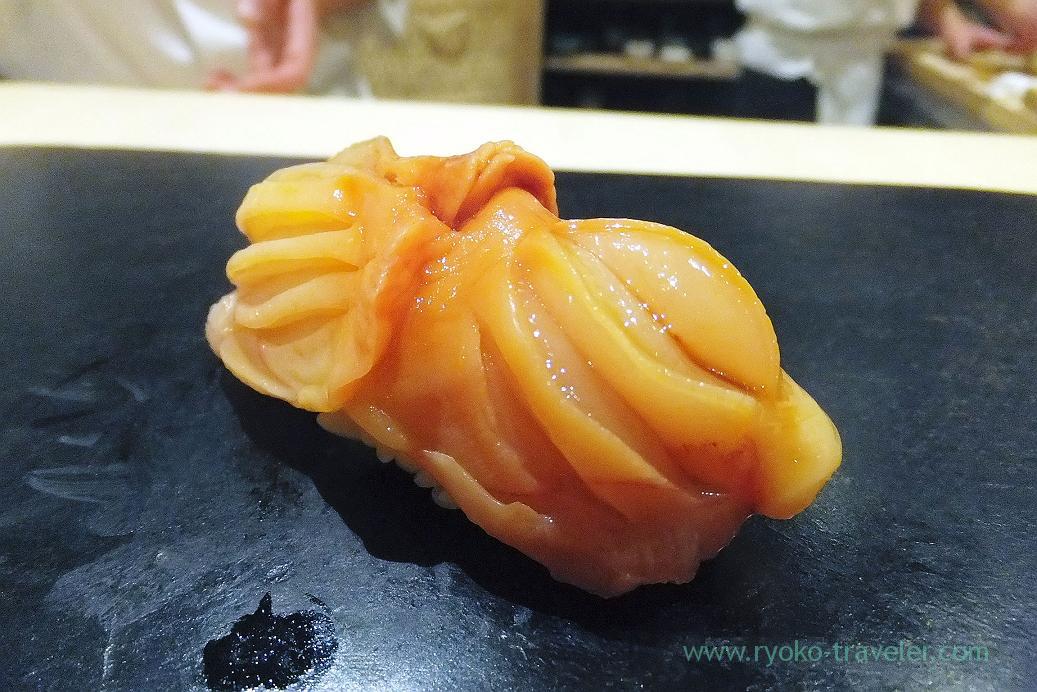 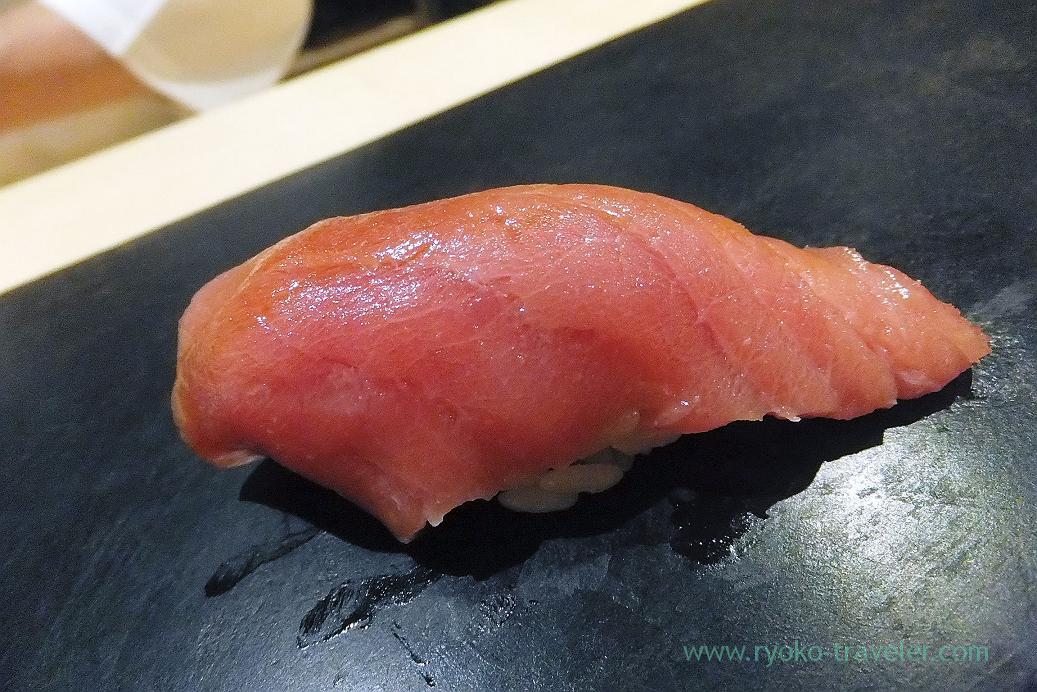 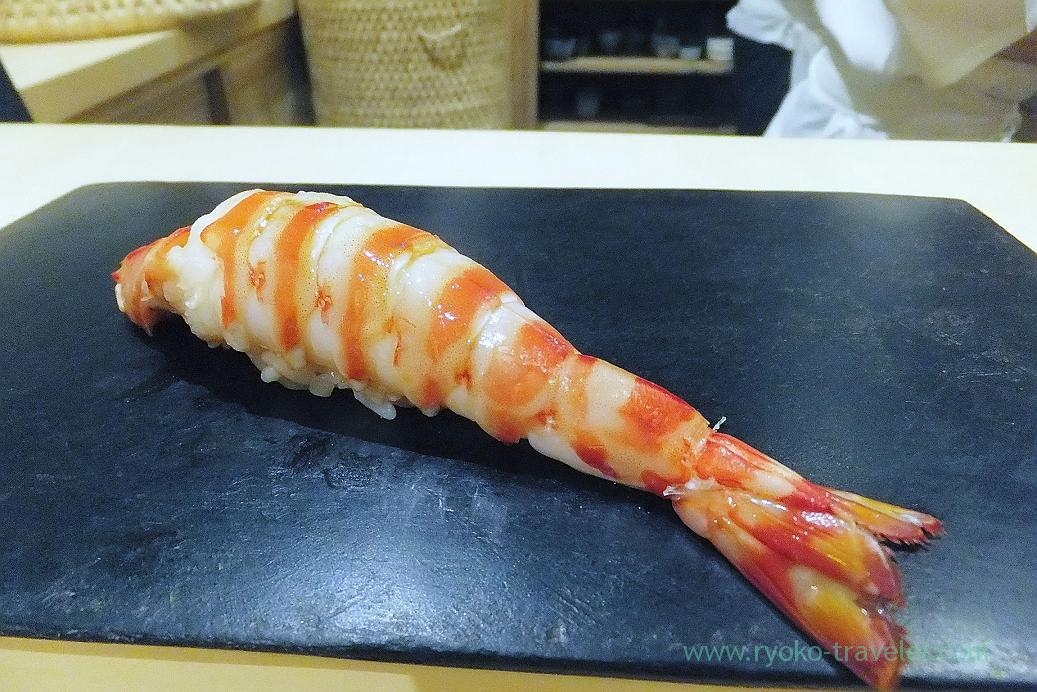 Sea urchin (うに)
As you see, the sea urchin was so soft. I picked it up so carefully and put it into my mouth. 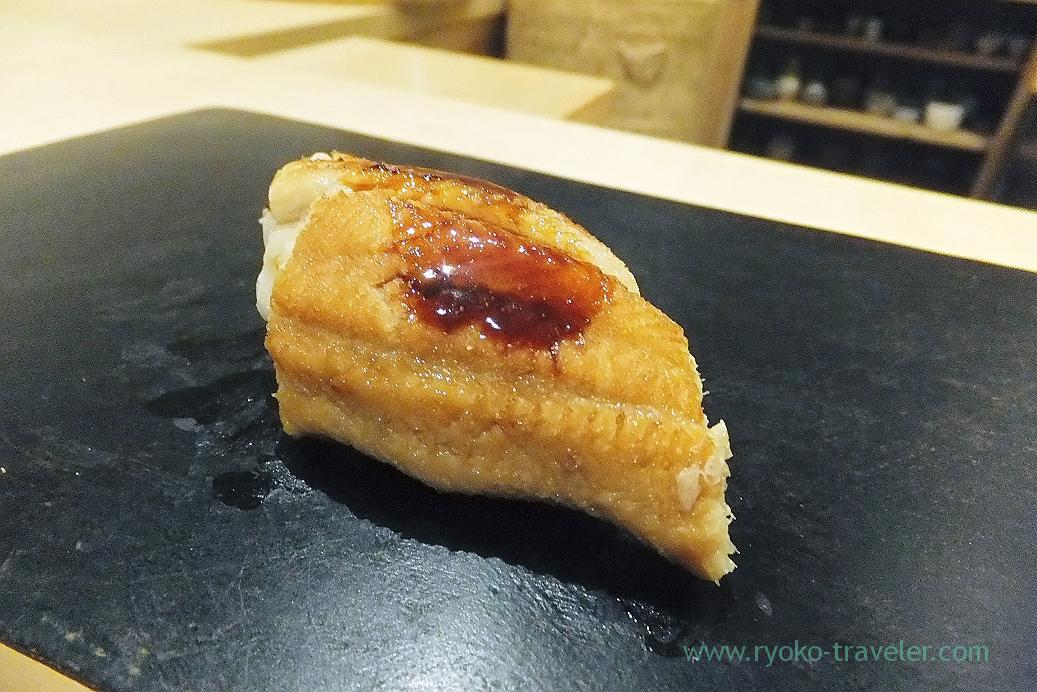 Sushi in our course has finished. We asked their seafood for sushi in stock.
The chef said to us (me ?) that they have golden cuttlefish in stock. So, I ordered it. It’s my delight. I order it everytime when they have in stock.
Golden cuttlefish named Sumiika (すみいか) 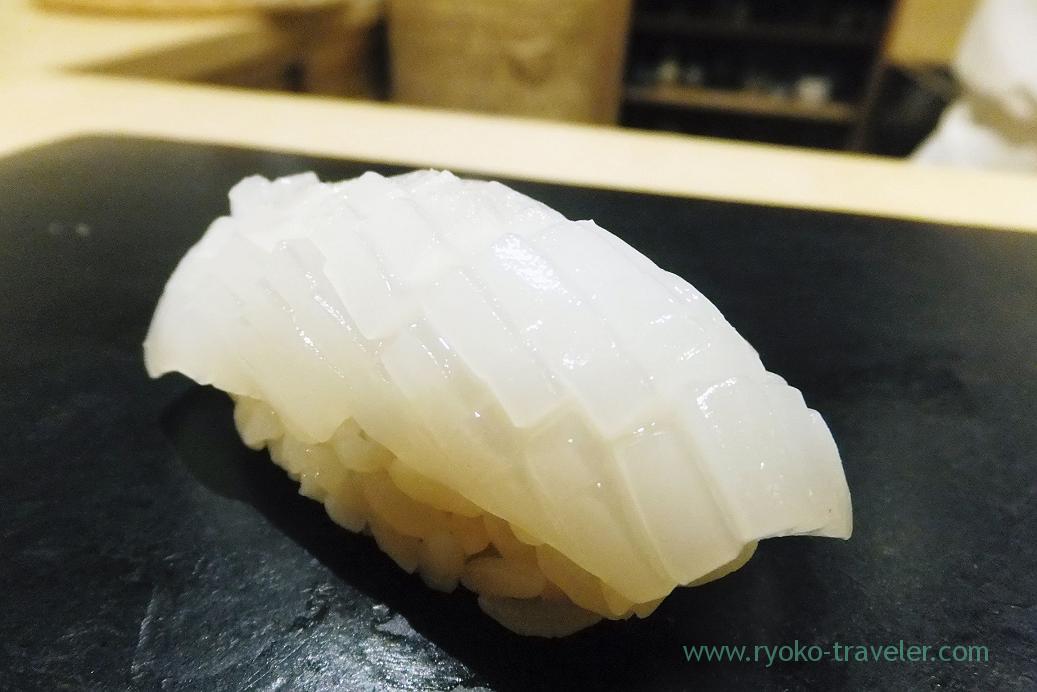 And, Vinegared sardine (イワシの酢〆)
I had to ask them more. I didn’t think “sardine” was vinegared. I wanted to eat sardine without vinegar.
But it was good. 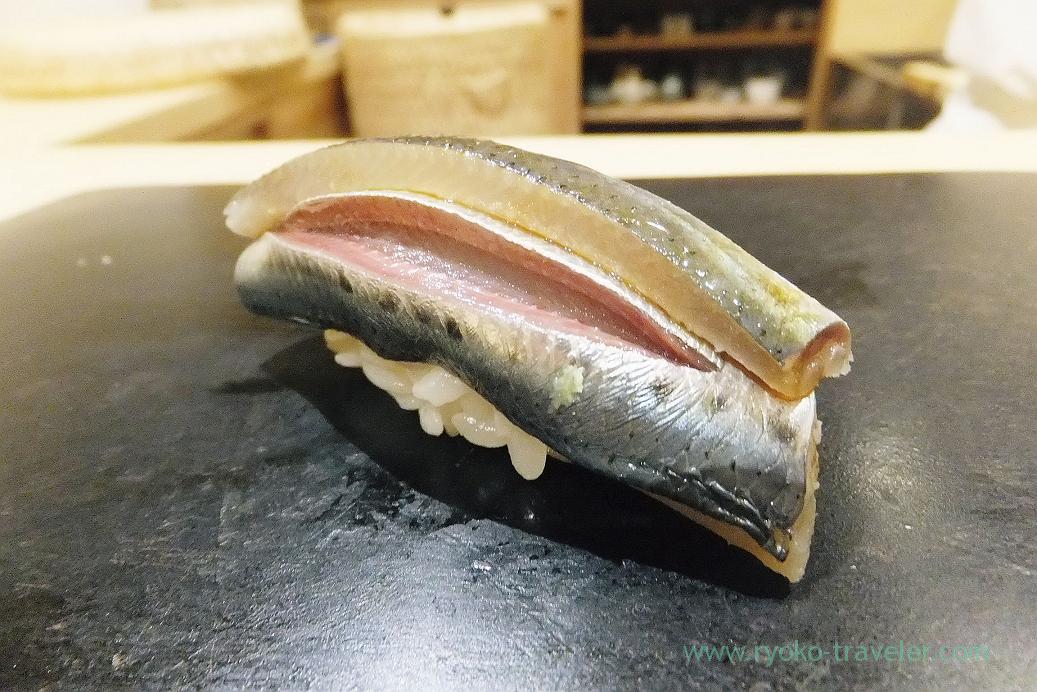 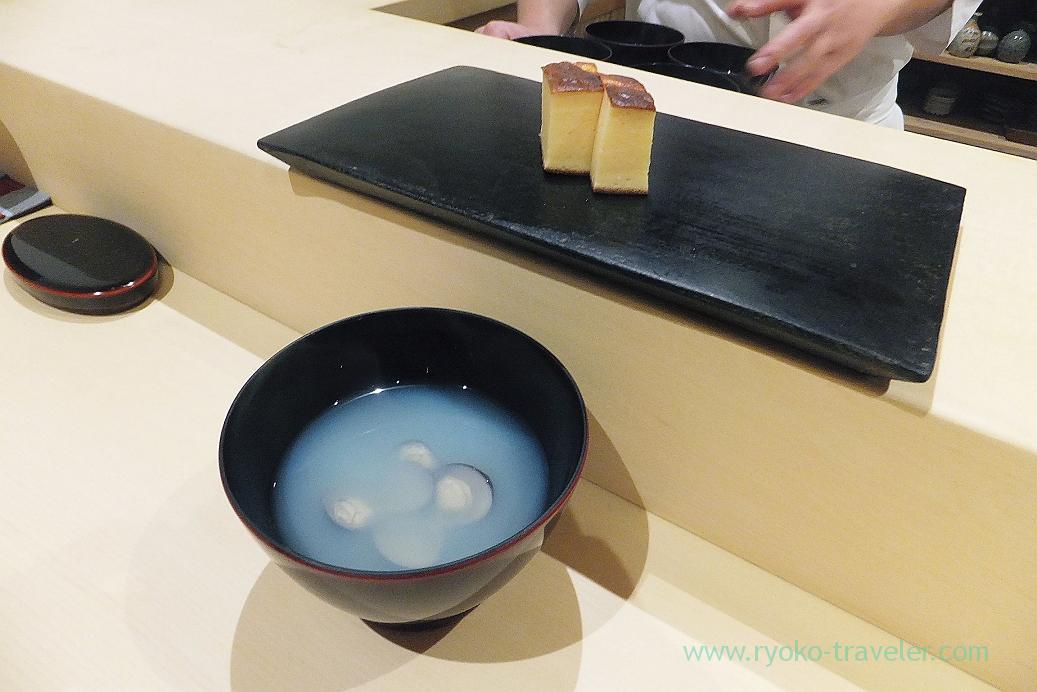 That’s all. Next, we’ll visit Sushi Hashimoto at Valentine’s day 🙂