I took a day off on Thursday and I visited Peninsula Tokyo. Mid town Hibiya has been open in Hibiya Area and many people gather Hibiya now.
But Peninsula around 6 p.m. was comperatively calm.
I visited there for Peter bar on 24th floor of Peninsula Tokyo that offer Happy Hour !

Gate A6 of Hibiya metro station is within the site of Peninsula Tokyo.
It’s really close to Mid Town Hibiya, Hibiya Shante and Hibiya park.

Park View Garden in Mid Town Hibiya
I visited Tokyo MidTown Hibiya before the opening time. They have started their business from March 29, 2018. Des...

There’s an elevator directly between the ground floor and 24F. The elevator is at the back of the lobby. There’re some elevators for another floors in front of the elevator for 24F, so you’d be better ask staff 🙂 24F have Peter Bar and Restaurant Peter. There’re many staffs, so if you ask them to Peter bar, they lead you to there. The night view from this room is loved by people, but now days are longer. So, it was already around 6 p.m., but it was still bright. If you want to enjoy night view from earlier, you’d better go there from Autumn to earlier Spring. There’re tables along the window and counter seats are at the center.
The window is hidden by curtain because of strong sun in the daytime.
It was around 6:30 p.m. Finally the staff open the curtain. ! Fine view. Some people hate their interior. But some people like it. Anyway, they offer extraordinary experiences. As for me ? Umm. I rather like it 🙂 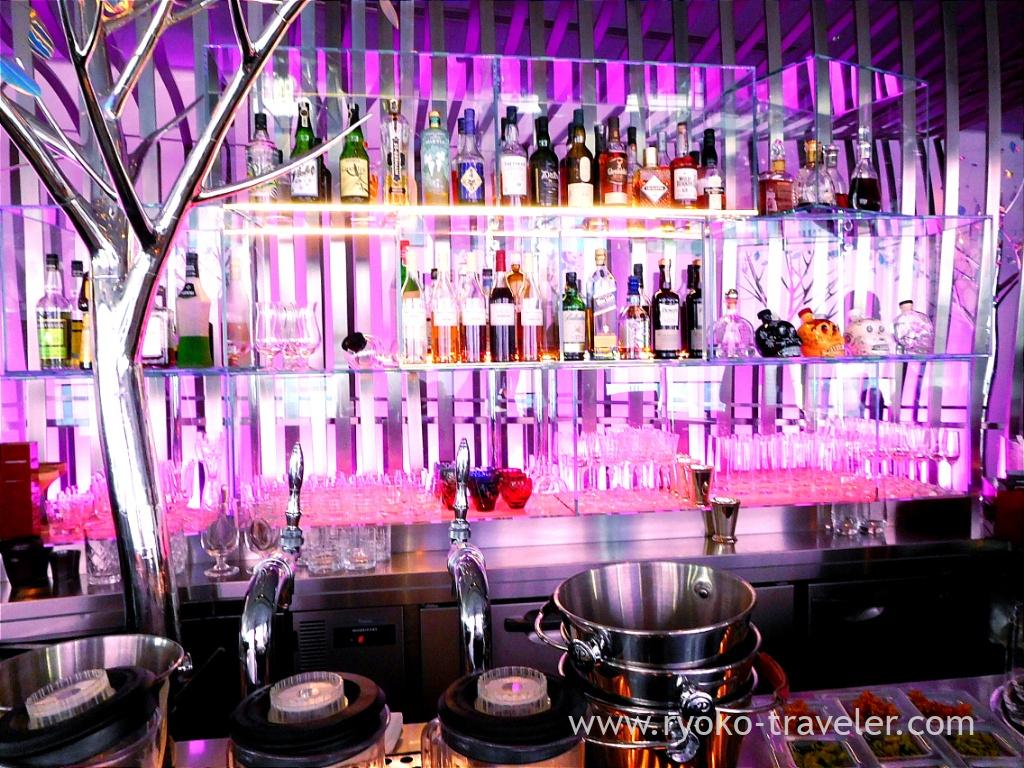 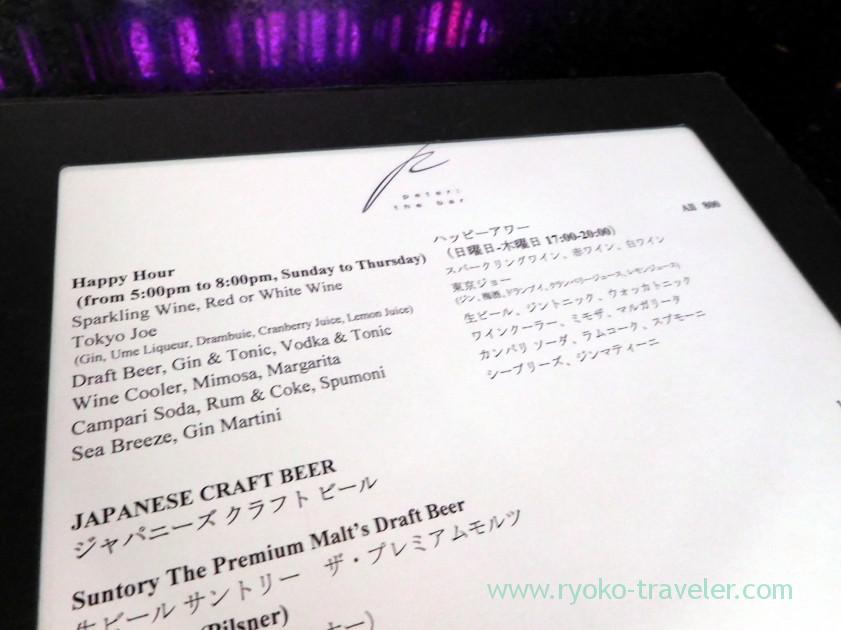 Ordinary, one cocktail of Peter bar is around 2000 yen So, very inexpensive !

Because there was no vacant table, I was seated on the counter seat.
As soon as I was seated, the snack was served. Free refills. I had sparkling wine at first. It was sweet and had refreshing tastes. I drunk just two drinks and got out from the hotel.
Dress code ? Casual is OK. So, we can visit there with light heart 🙂

I felt like eating kakifurai (deep fried oysters), so I went to Kachidoki Sun Square Bldg at lunchtime. There are many ...

I visited at Eiichi (栄一) that is yakitori restaurant in Kyobashi at lunchtime. I had wanted to been there for a long ti...

HAKOYA is high-populated restaurant as serving awesome sashimi bowl at inexpensive price. And their branch is open in H...

Speaking of Tsukiji, many people think foods are delicious but expensive. Yes. Right. But on weekdays, many restaurants...
Summer Tree Sweet (夏樹甜品) in Taipei
(Moved) Fukusen (福せん) in Tsukiji Market