Odayasu is the most suitable place for breakfast for me

Sorry for my blog being stopped for a while. I’m just back from Osaka 🙂
Osaka is really delicious city. I want to go there again without fail.

And Tokyo is also a delicious place.Even among them, I understood again Tsukiji is No.1 in Tokyo.

Odayasu is my eatery in Tsukiji now !
So, I had breakfast there again 😀 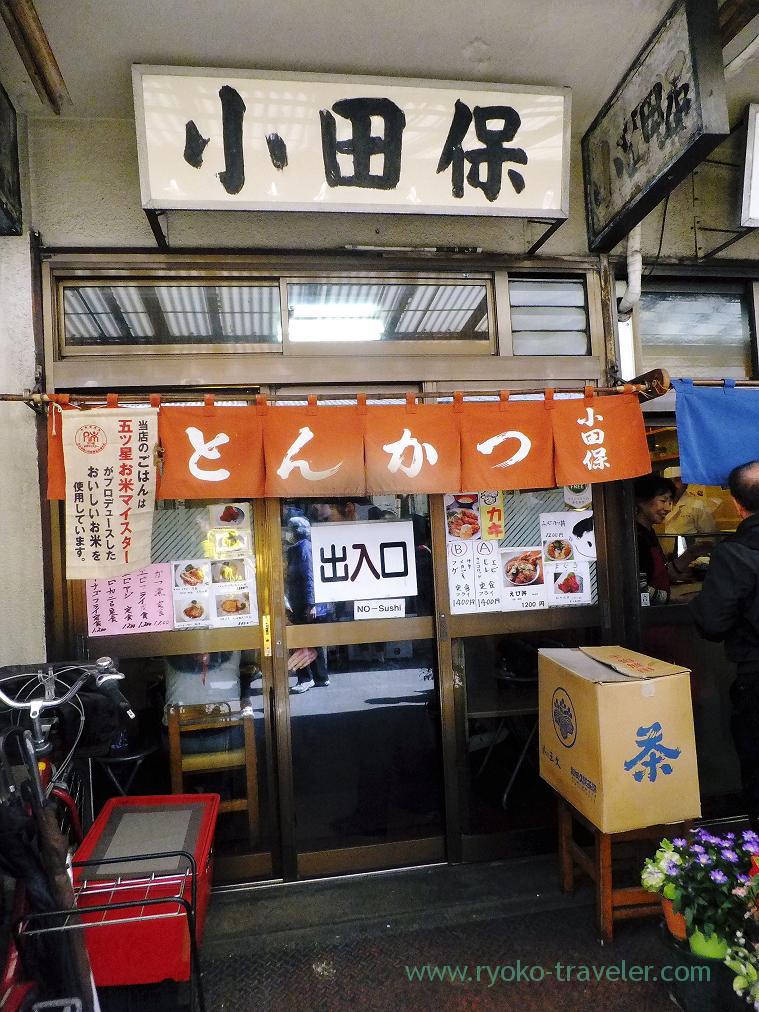 I shared those dishes with my friend. (Though I ate almost all the rice …) 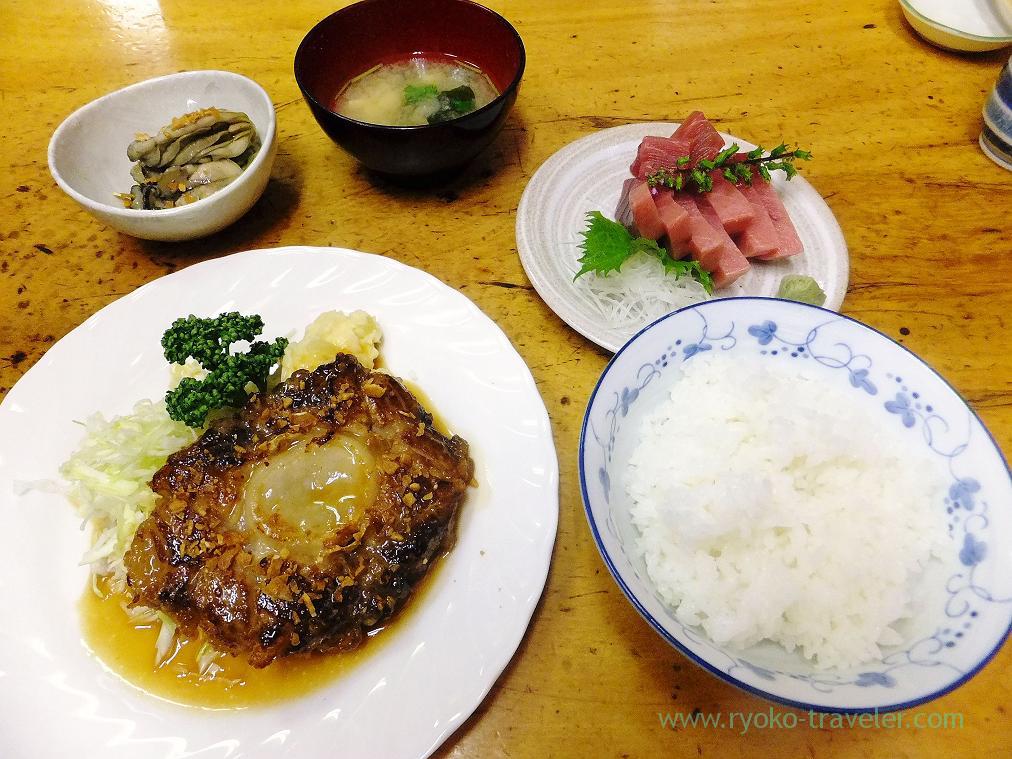 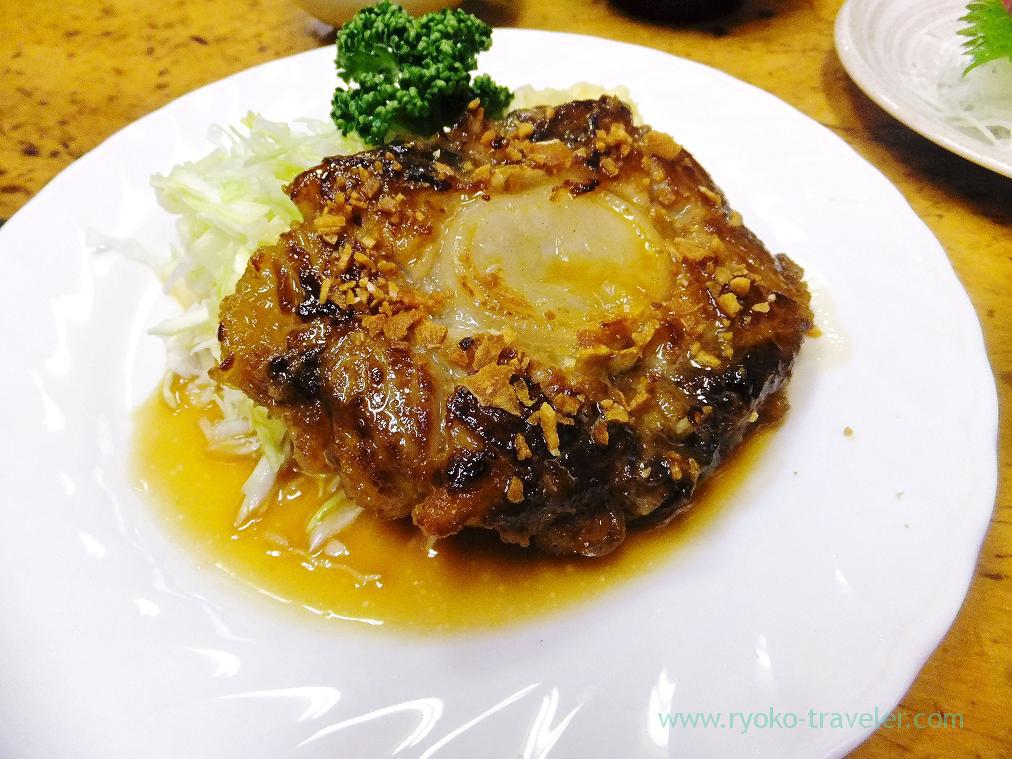 Spicy and sweet soy sauce and garlic chips. The marrow of the bone (white one, middle of the meat)  had  so much collagen 🙂 That’s great. 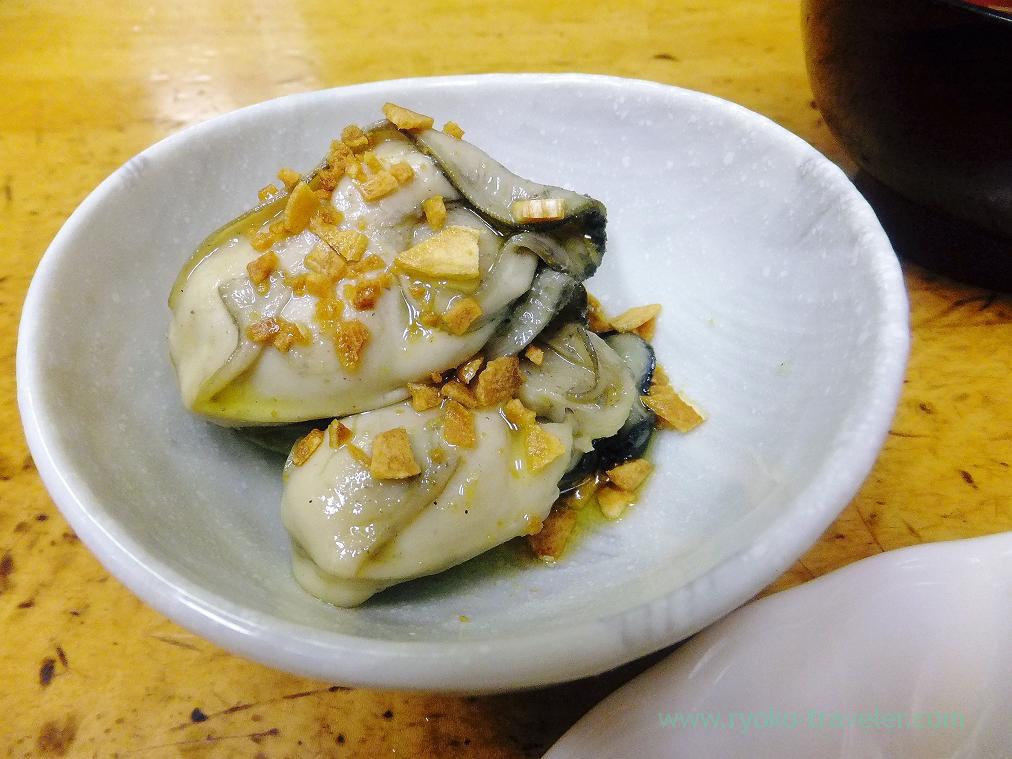 Four pieces of oysters on the dish. Those oysters were marinated lightly. So fresh and it had springy texture.

Recently Odayasu challenge new dishes. Those dishes, too 🙂
I cannot take my eyes away from Odayasu’s menus !

And, though it is not new dish, but we also ate Tuna sashimi (まぐろ刺身, 600 yen) .
Odayasu is not a fresh seafoods specialty shop. But Odayasu stand within Tsukiji Market. So we expected they serve us good sashimi. 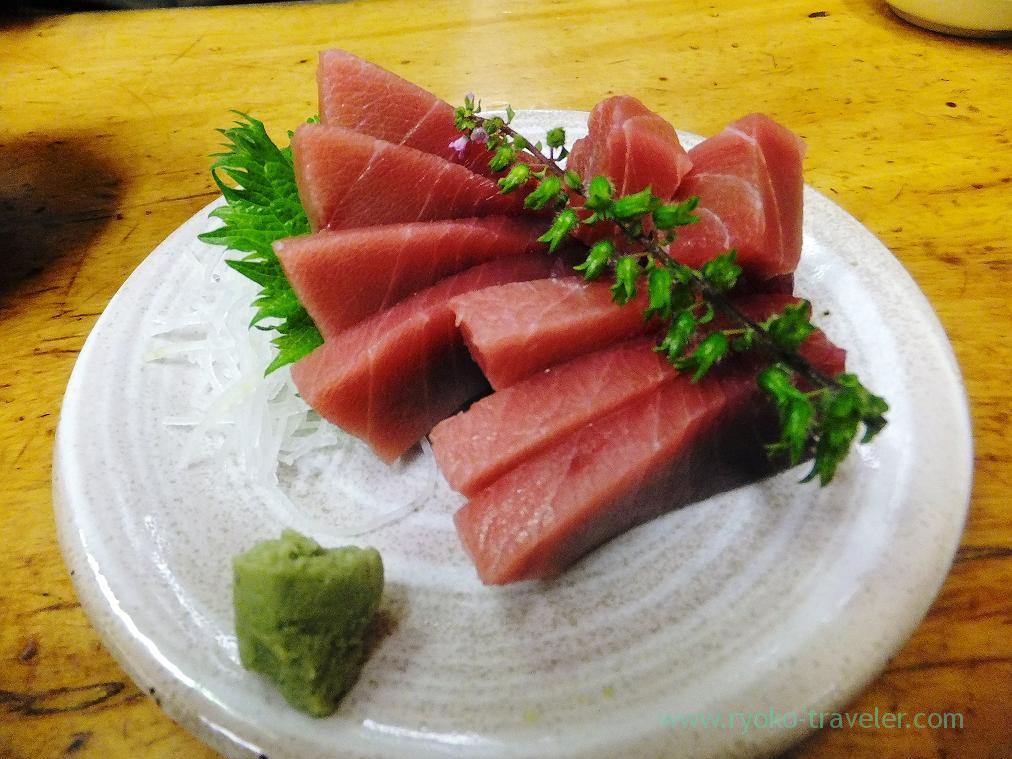 But it tasted like iron… Indeed, lean meat of tuna have much iron …. 😉
I’m anemic.So I have to eat such a food more…
I heard that Odayasu get raw tuna within their budget. And they don’t decide the variety of tuna. Thawed tuna, raw tuna, bigeye tuna, yellow fin tuna…
Sometimes they get raw bluefin tuna at valuable price and serve to guests !
What we ate that time was maybe thawed tuna 😛

Finally, “Golden week”(early-May holiday) has set in this year, too.
Tsukiji will be so crowded.
A, I think Odayasu don’t have much guests even during golden week because many people connect Tsukiji with sushi and sashimi bowl.

And, why Yonehana don’t have much guests is …such a strange and not Tsukiji-like appearance 😛 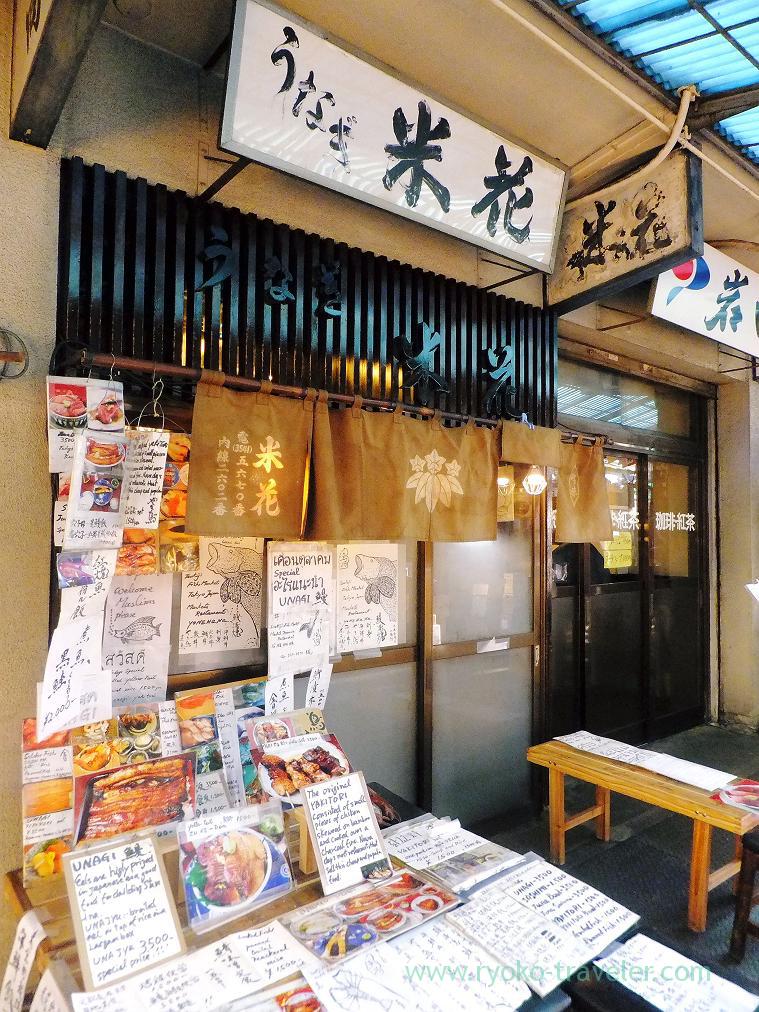 Last, I have information for you. Price of Yonehana’s sashimi bowl increase from 1500 to 2000 yen because of consumption tax increase.
But it seems the amount of sashimi increase too.

Oyster season will be end in April Oysters season is until end of March . So, I have to hurry! What I wanted to ea...

(Notice) Kissa Mako already quit their business. (July 11st, 2018) Tsukiji have many cafes because there are so ...