There’s a shop in Tsukiji that I had wanted to go for a long time.

That’s not a seafood shop. 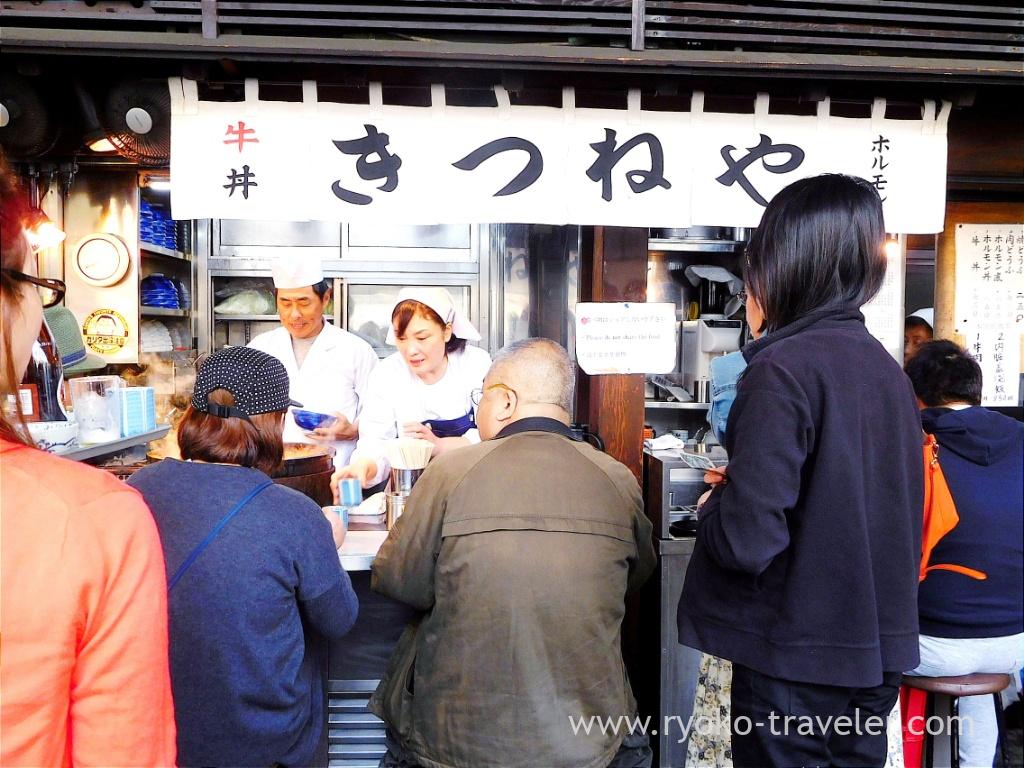 Most shops along Monzeki street are exposed to air, so it is very cold in Winter and the smell of simmered giblet make me feel bad under the brazing sun in muggy summer.
So, there’s no choice but go there in Spring or Autumn.

I didn’t have something in mind what I want to eat that day, so I thought I should go there and if I miss this chance, muggy summer will come before eating it.

Of course, I ordered simmered giblet bowl (Horumon bowl, ホルモン丼, 850 yen).
Simmered giblets on the rice. There’s no doubt  that it is delicious !

There are only three seats along the counter table. There was a vacant seat, but I didn’t want to eat there because it is close to the fire and people gathering for order.
So, I moved to the stand-up-eating area along the car road.
They didn’t have much people that day, so I could eat slowly.

I recommend you order pickled vegetables with it if you eat it.

After that I went to Turret coffee after a long absence.

Though I wanted to have it on the turret, but I thought I’m going to spill the coffee, so I just took this photo and then moved to the counter table :p 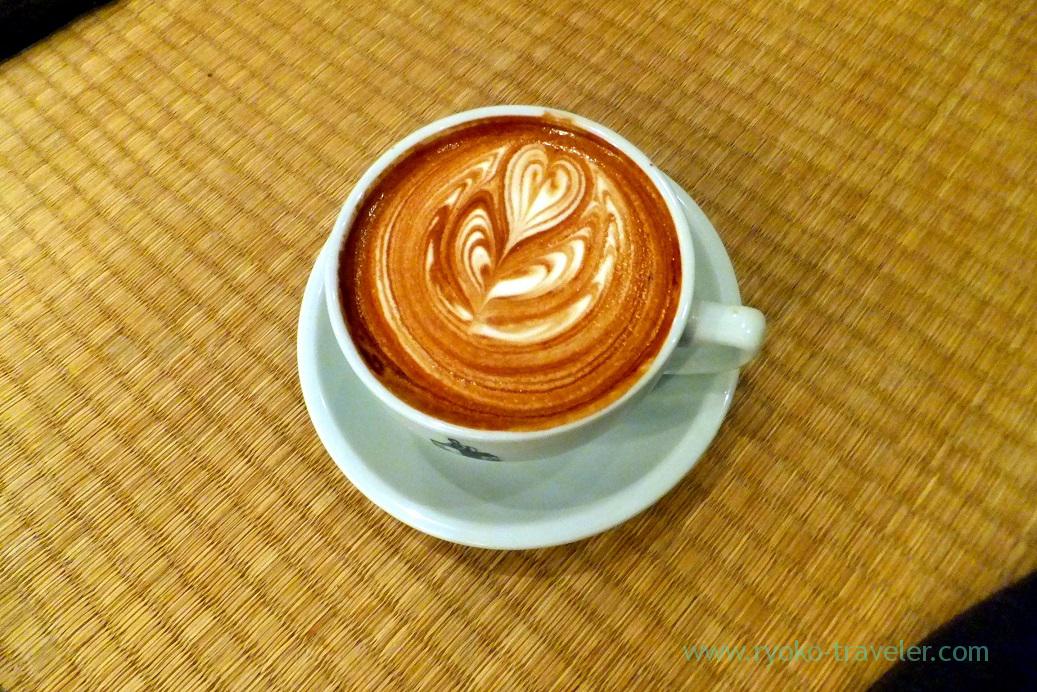 Kitsuneya is one of the most popular shop along Monzeki street as same as Ramen Inoue.
http://www.ryoko-traveler.com/inoue-tsukiji1/

Sento in historical area, Ningyocho I went to there last month or month before last. From the appearance and int...

Making sashimi bowl is fun ! I ate chef's choice at Yonehana in the morning after a long time absence. The chef...
Daimon AOKI (大門 檍) in Daimon
Motoyawata : New branch of Sansar (サンサール) !