I went to here the other day.
Katou 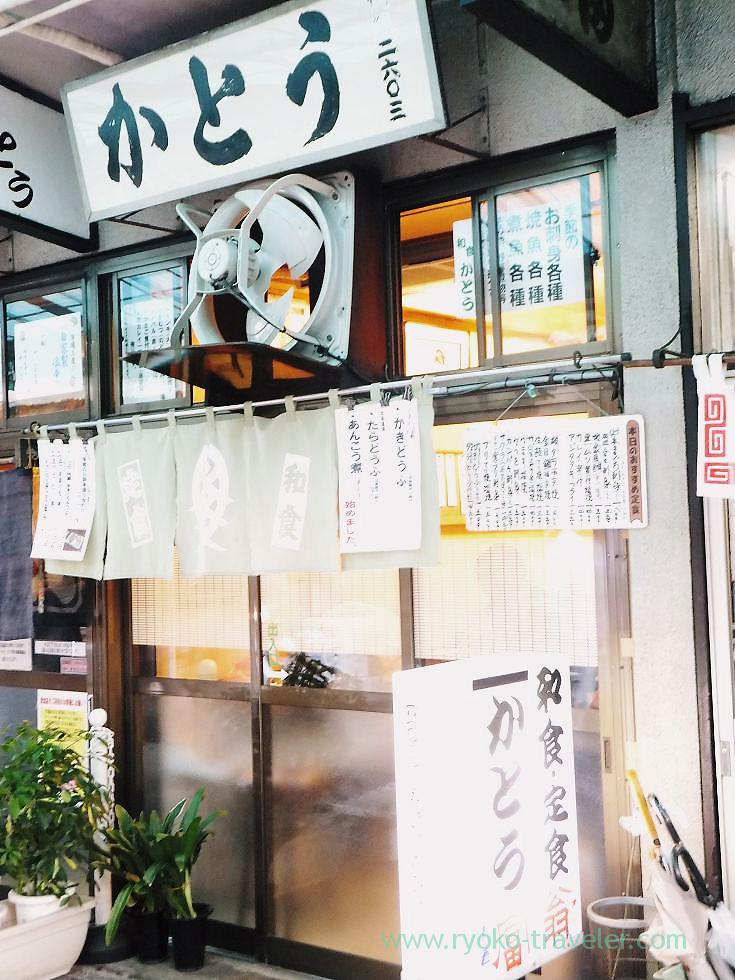 I wanted to eat tara dofu and kaki dofu. After all, 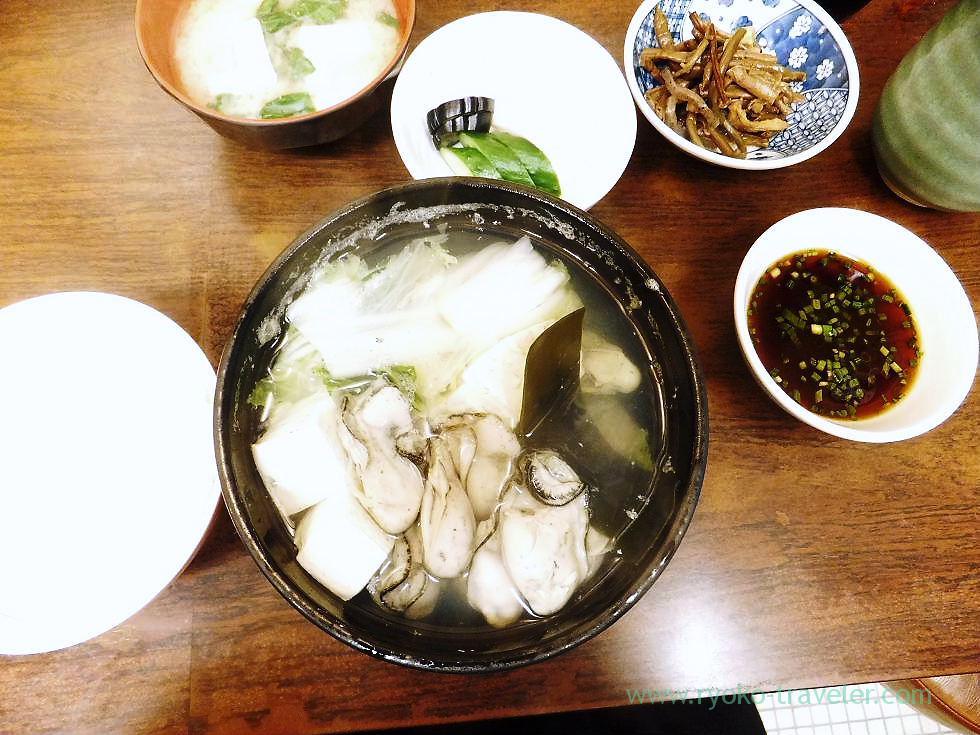 I ordered a Kaki dofu (牡蠣豆腐, 1500 yen). This was the first time to visit Katou !
Kaki dofu is hotpot having oysters. (Tara dofu have cod)

That day’s oysters were from Mie prefecture. Oysters are still smaller this year.
About 10 oysters in it.

If cod and tofu pot had soft roe, I would have decided it. But there wasn’t notice about it and I wanted eat oysters, too.

Though those oysters were smaller, but the taste of oysters were rich.
I was very glad because I didn’t expect it had plenty of oysters like that 🙂
I was happy to have such warm oysters pot in the morning 😉
Speaking of oysters and tofu in a pot, also Takahashi serve it. So I want to try it, too.

By the way, that day’s Tsukiji was so crowded.
At first, I didn’t hit upon the reason. But I found upcoming Thursday was holiday and there were many people that have four consecutive days off !

The line in front of Sushidai was the longest than ever.

Well, Kato had much vacant seats. Tourists are not interested in Kato 😛

Winter tastes can be eaten at Odayasu Though I want to try another regular foods, whiteboard menu of Odayasu attracted...

I like the way of eating fish best is eating as it is raw :) Grilled fishes is second best for me. Burnt smell of fishe...

Chicken foods restaurant serve ramen during weekdays' lunchtime only I took a day off the other day and went to Monzen-...

I visited Canton cuisine Keiraku in Yurakucho that is so popular as fried rice in soup. There are always much people i...
I cancelled the reservation
Ichikawa : Asahiyu