We want to eat fresh meat as raw

You know eating beef meats as raw was prohibited by law quite a long time ago, don’t you ?
But pork and chicken’s meat was still eatable now.At present……

So, we went to eat pork meat as raw !!!
Hyottoko 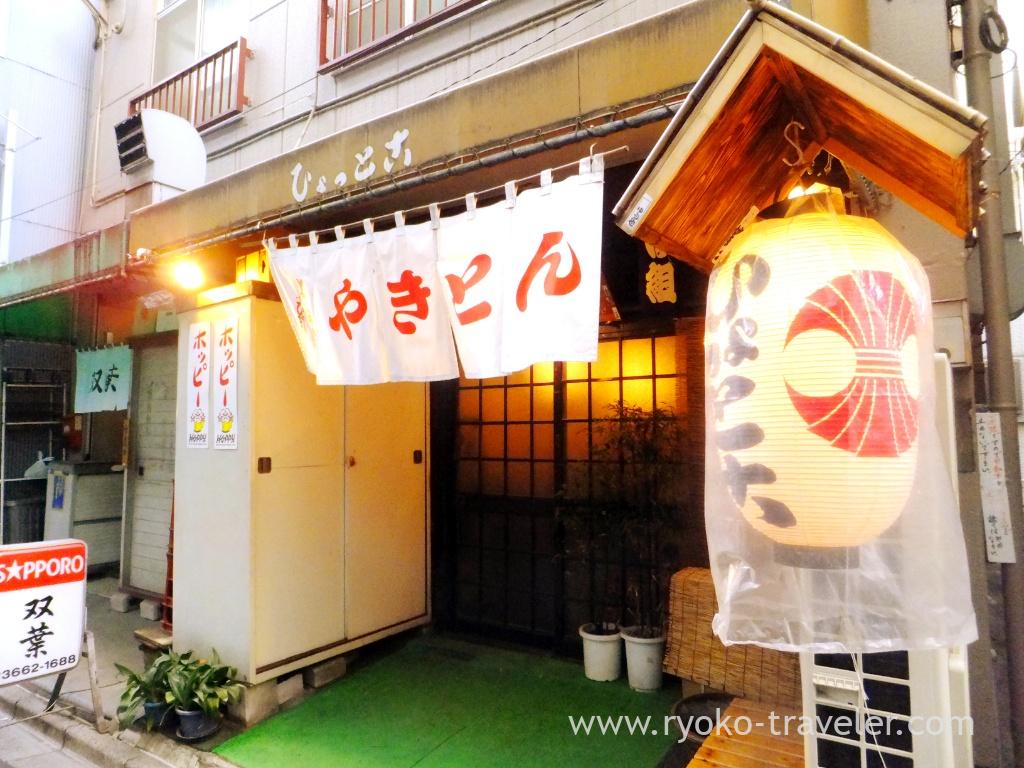 My drink was pickled plum of Kisyu Nanko sour (紀州南高梅割りサワー).
Whole one big pickled plum was bottom of the glass. This plum was sooooo tasty !!!!!
I couldn’t bear and I put the plum out of the glass and started to eat 😛 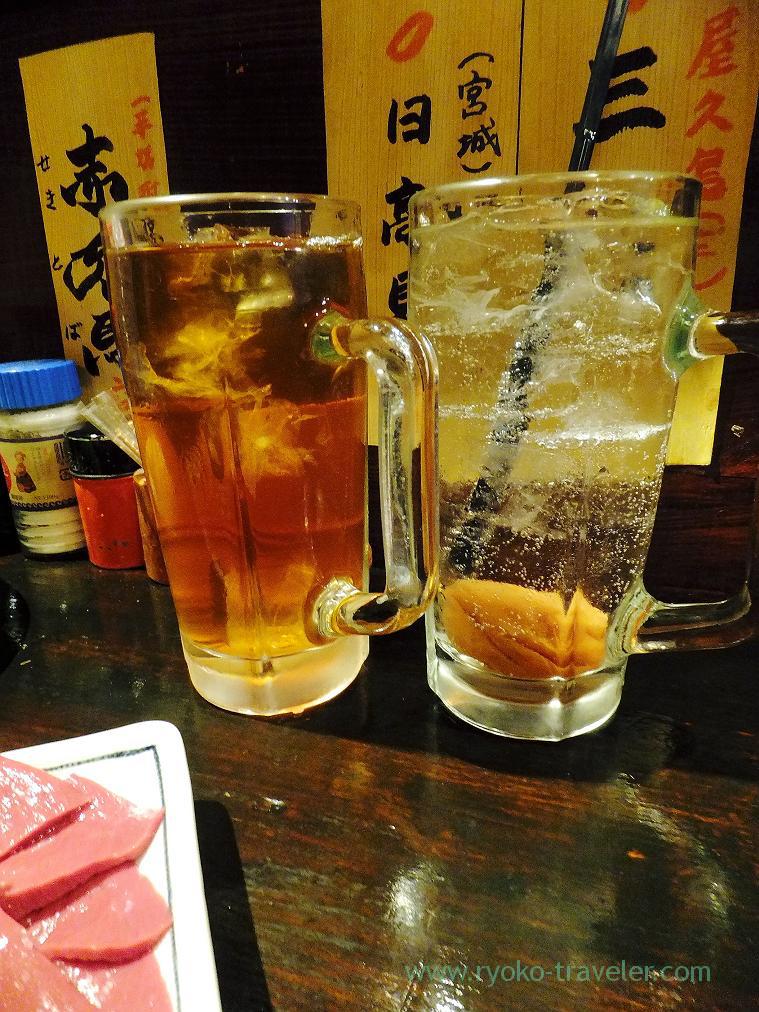 Otoshi was cabbage and cucumber as raw. We ate them with the sweet miso.
This miso went the cucumber well. A N D !!!!
Assorted sashimi of three parts of pork giblets (モツ刺し三点盛り)
Heart ! It was chewy and tasty !!! 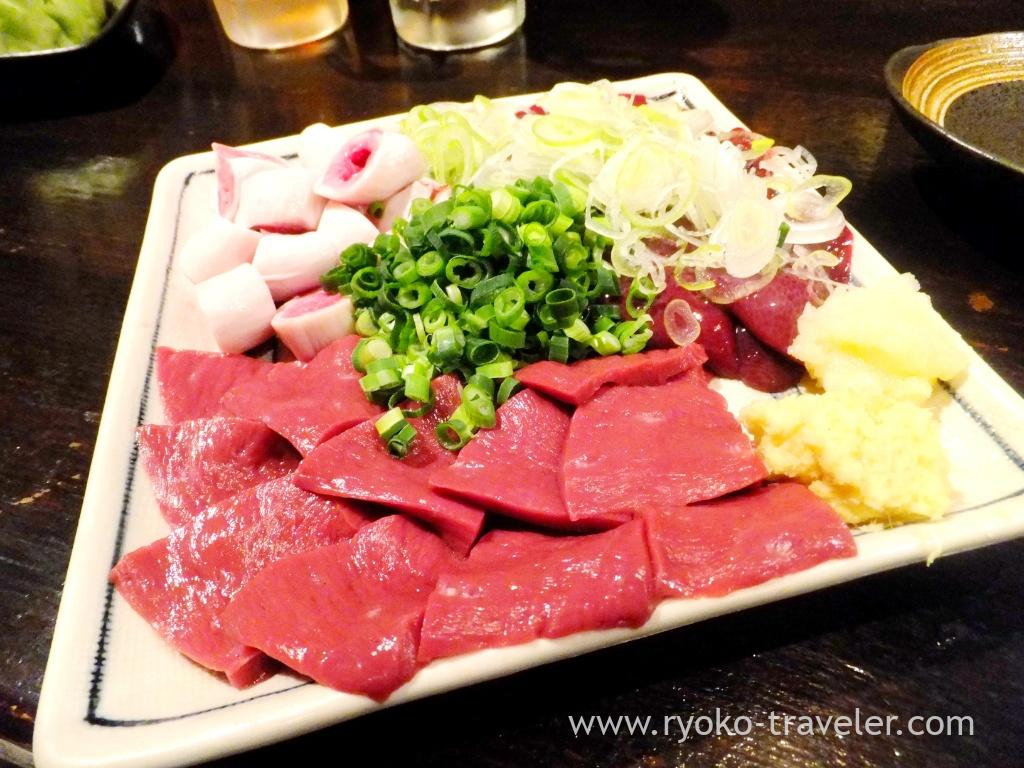 Uterus !!  I had never met such a appearance of uterus !!!
Uterus is very chewy, so most of restaurants cut smaller than it. 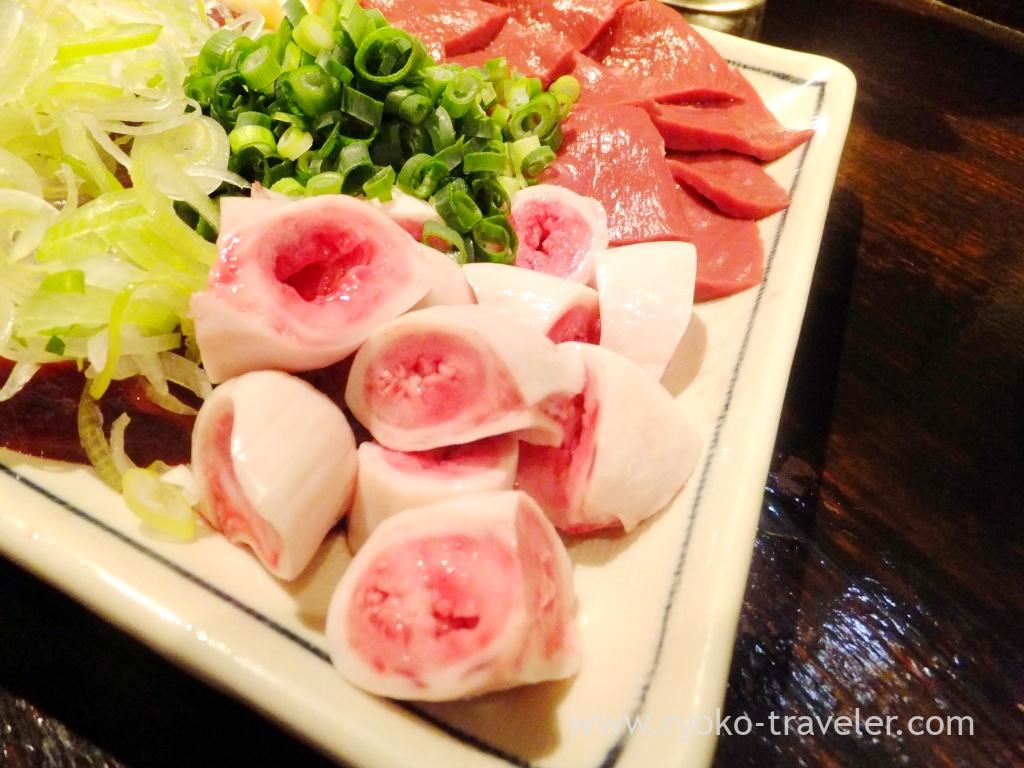 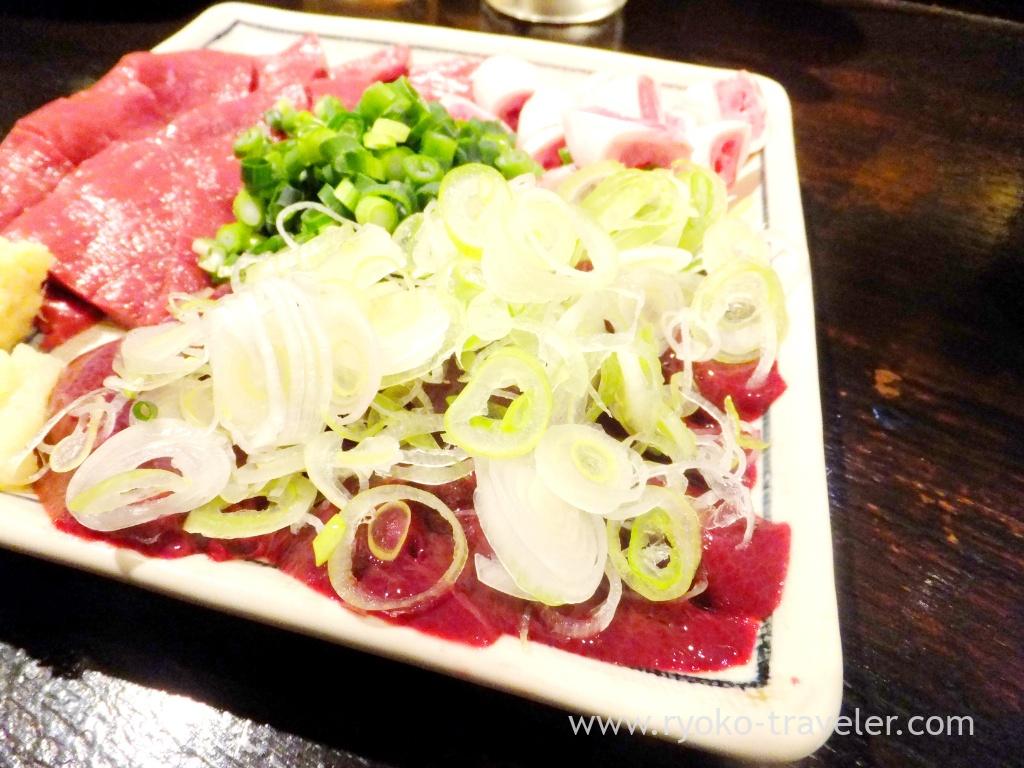 Minister of Health, Labour and Welfare is cruel that they’ll prohibit to eat such a wonderful food. They’ll take serious mistake 🙁
Nevertheless so many restaurants deal fresh meat as right way and dishonest restaurants are only a few, that’s bothersome for the minister to set restriction in detail for such dishonest restaurants and they’re going to prohibit everything about eating meat as raw.

And spit-roasting. From in front of this side to left. Shiitake mushroom, liver, diaphragm, tongue and heart (椎茸、レバー、ハラミ、タン、ハツ). 140 yen each. Those were inexpensive and so tasty !!!
The liver and diaphragm was rare. 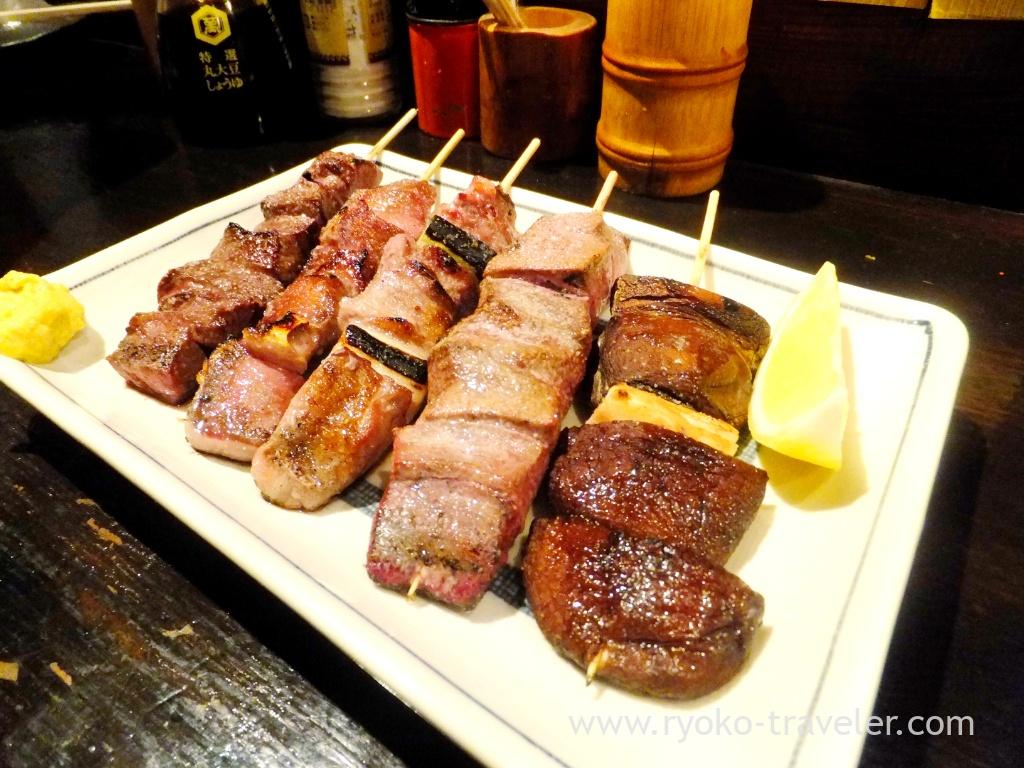 And more we wanted to eat tongue sashimi (タン刺し) and ordered it. Though I don’t know until when we can eat meat as raw, I want to visit there again soon. No, I’ll do soon:P

Tempura restaurant outside the market. I spent my lunch hour for eating tempura at Tempura Kurokawa in Tsukiji the othe...

Hidden cafe at the back of busy street in the Old books town. I had something to do at Jinbocho the other day and I ha...

Notice : They moved. They are back to Setagaya area and now reservation is required at all time. Shop information...

Unadon can be eaten in Kanda area only for 1450 yen I went to eat eel after a long interval. Here, Kubota near Suehir...

I went to the shop that named Toripota ramen THANK the other day. They're popular tsukemen shop in Daimon are of Tokyo....
Osaka 2014 (15/15) : View of Osaka
Keisei Nakayama : Local Chinese foods restaurant – Cyujitsudo (忠実堂)