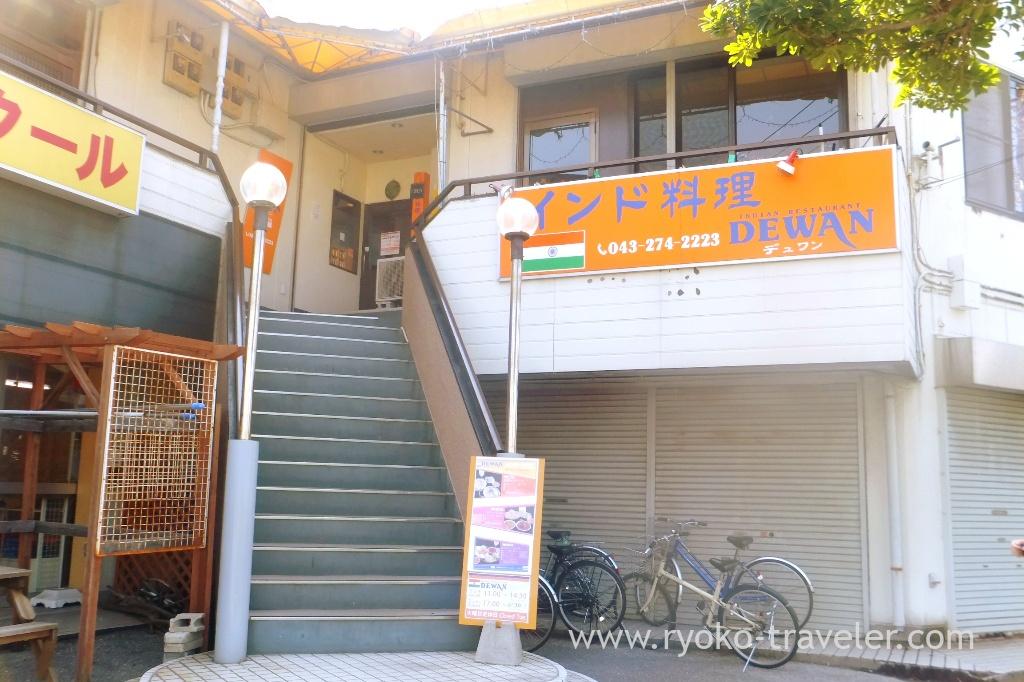 I said now it’s “better” location than Ichihara branch. But it isn’t good location.We had to got off at Makuhari-Hongo station and took bus (15 minutes ?). We got off at Makuhari Driving licence center and then walked for five minutes.

But thanks to this poor location, their restaurant is large ! Good place is very expensive.
Still, there were lots of people in the restaurant and few vacant seats !

The menu is almost as same as Ichihara branch’s.
And the prices are Makuhari prices ! :p 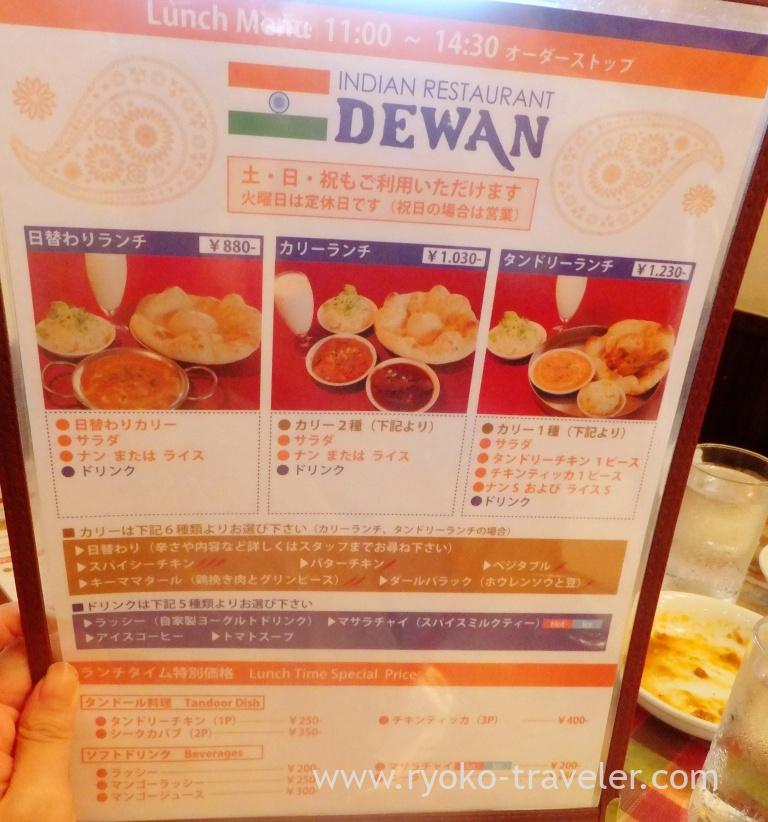 We ordered Curry lunch set (カリーランチ, 1030 yen) that can be chosen two curries from six curries. That is to say, we were two person, so, we could eat four curries 🙂
Curry lunch set have salads, naan (or rice), two curries and one drink ! Oh, huge naan appeared ! It was really huge ! But it had springy texture and delicious 🙂

We chose these four curries. 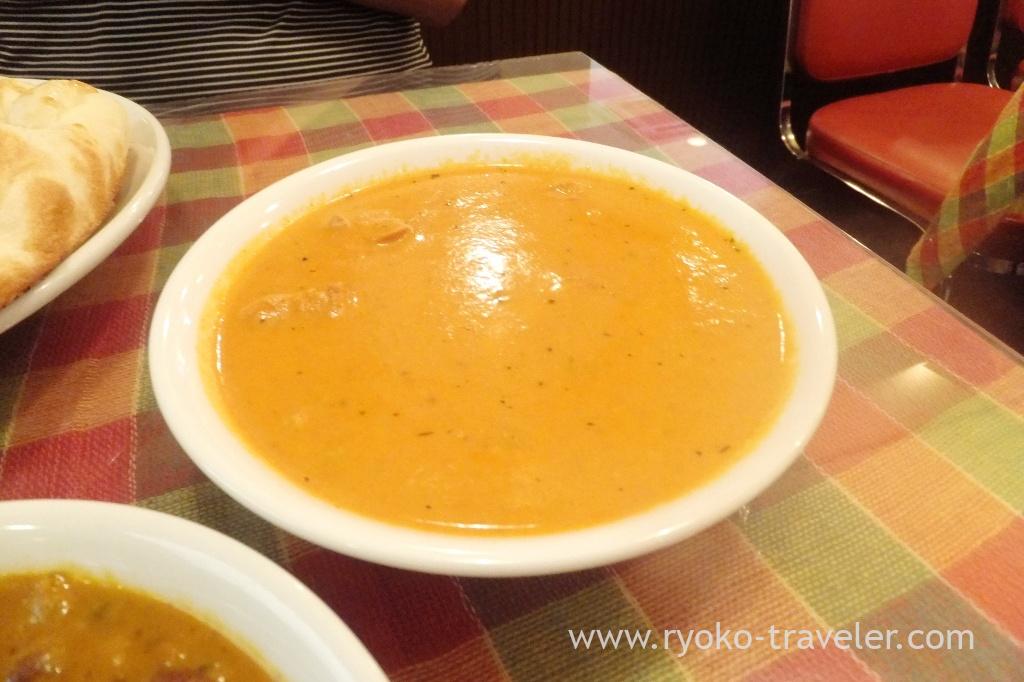 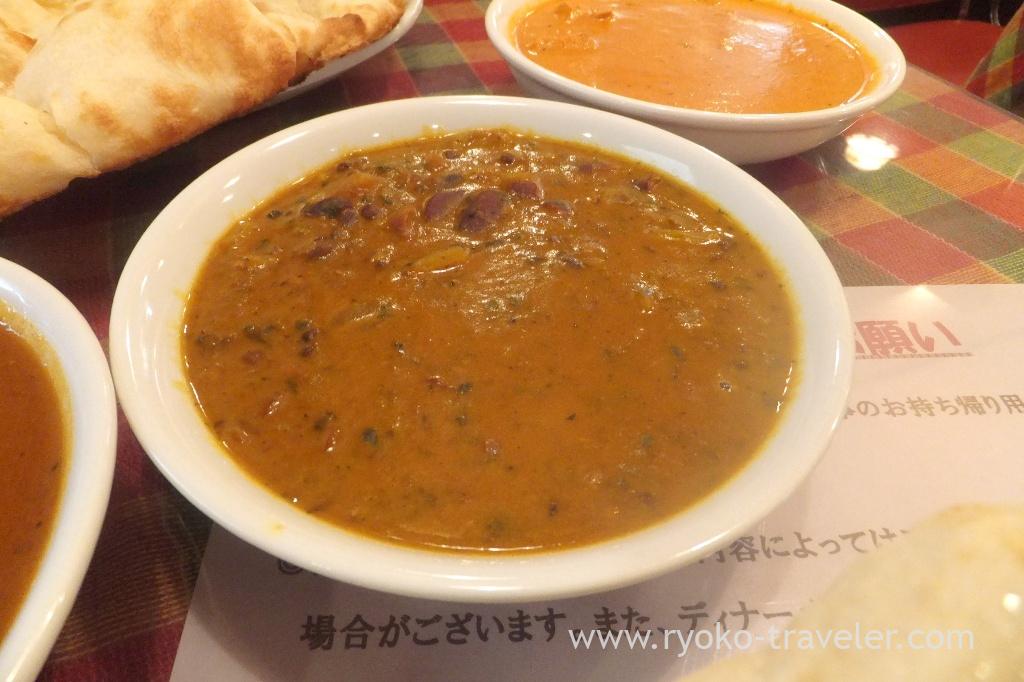 Keema
Keema curry with green peas. So much minced meat ! 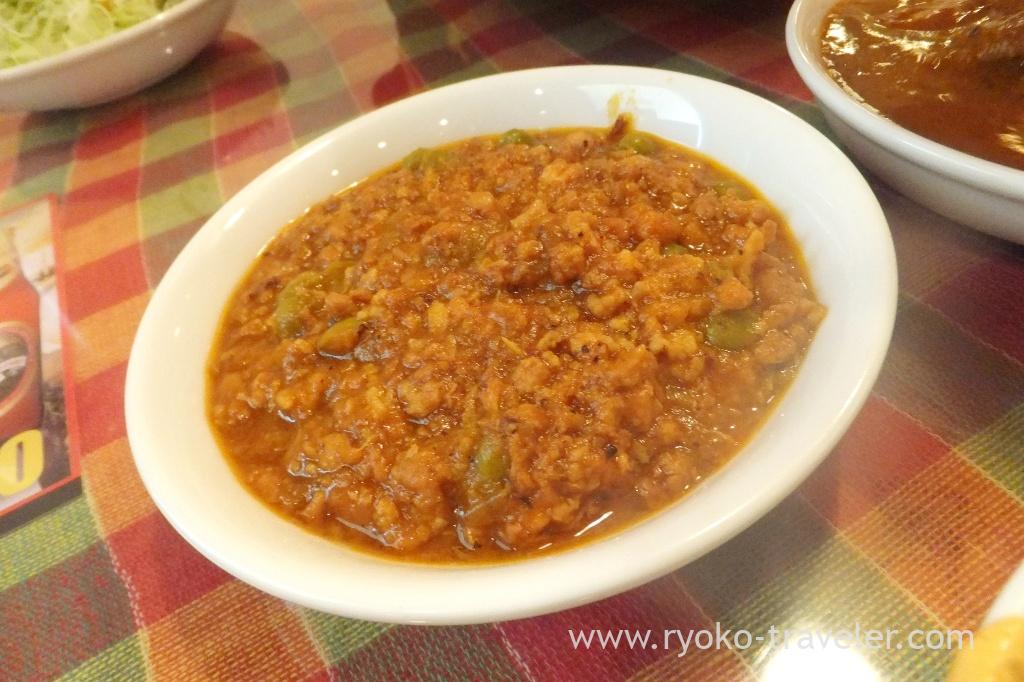 Spicy chicken
As its name, it had plenty of peppers and was spicy. 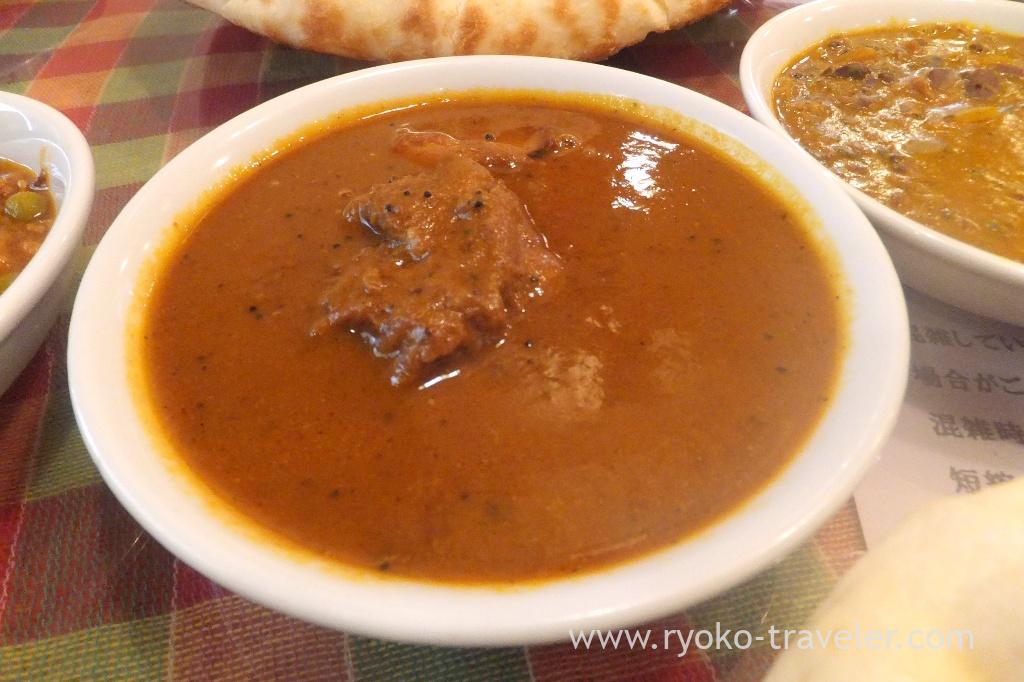 Drink could be chosen from lassie, chai, iced coffee and tomato soup
My drink was lassie 🙂 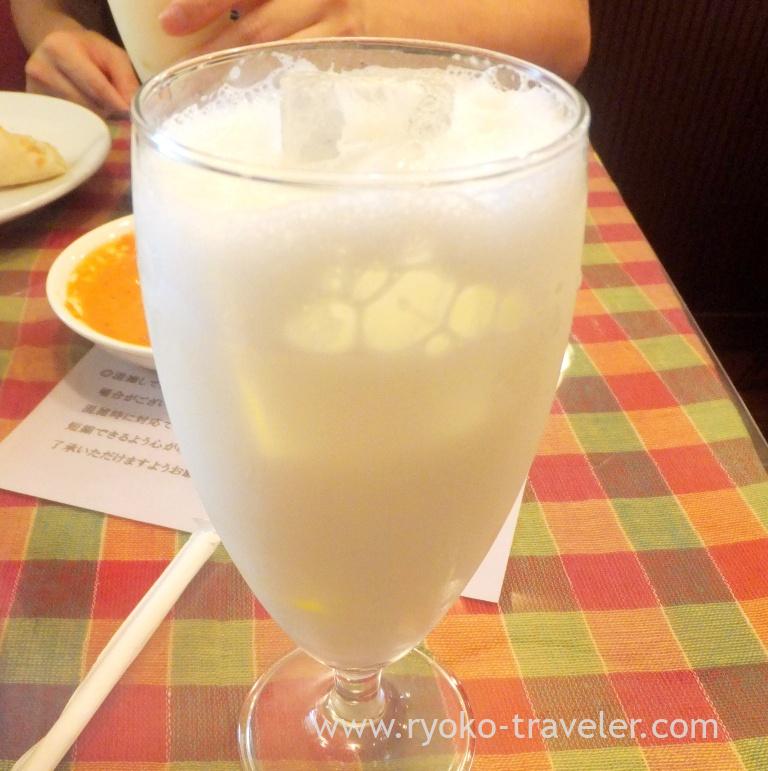 Roses are bloom beautifully There are roses in in the premises of this Keisei Funabashi station. I'm always looking fo...

Kid friendly cafe serve cute latte art ! I hadn't seen a complex, and difficult latte art ever. Though I sometimes get...

Eating SOBA at Ichikawa on my Golden week (Kounodai)

May 5, Children's day. I went with my friends, a total of 8 people, to a cozy little restaurant. It took about 20 minut...

Fourth temple have Bishamonten. I don't forget to write :). The 4th temple I visited is Saiko-ji. It was close to J...

Tuna from Tsukiji market can be eaten in Urayasu ! My season ticket expired, so I tried going to my office through diff...
Hokuriku & Tokai 2016 (5/29) : Hotel Econo Kanazawa Katamachi (ホテルエコノ金沢片町)
Funabashi : Fresh sashimi bowl at Maguro-Ichi (まぐろ市)