Shizuoka-style Oden could be eaten in Tokyo !

I felt like eating oden before it’ll getting hotter.
My friend asked me if I’d like to eat out after work, and I said, “I want to eat oden !” 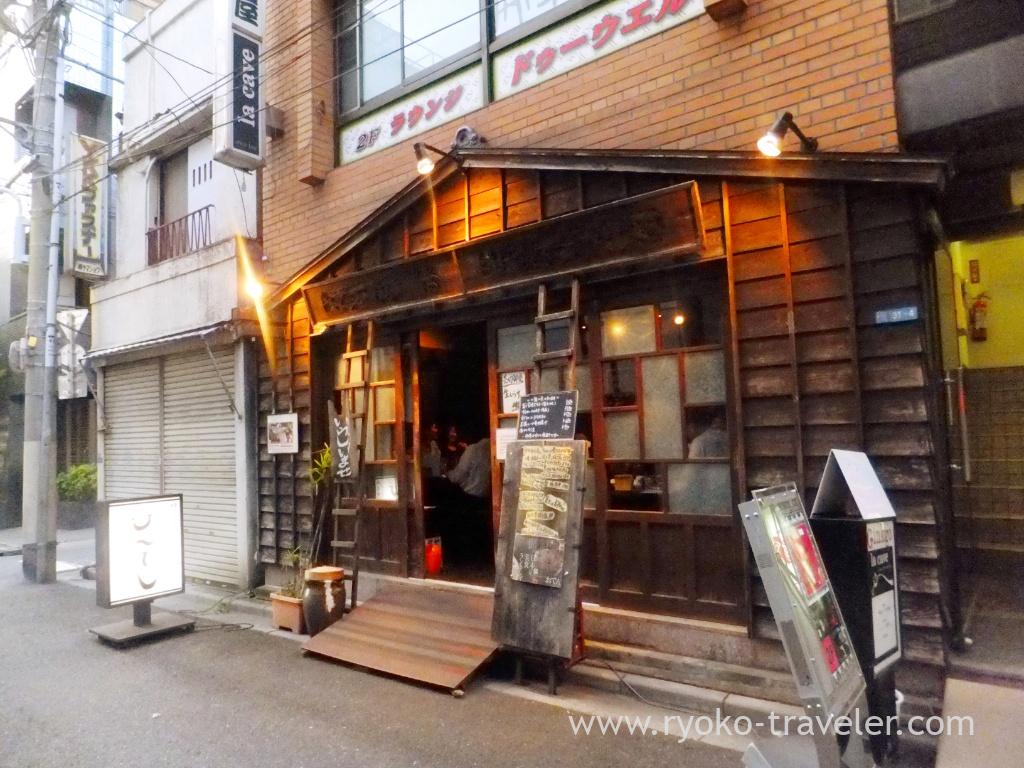 They don’t serve ordinary oden ! They serve Shizuoka style oden !
I had eaten canned Shizuoka oden before, but I couldn’t find the difference.

At first, we ordered our drinks. My drink was it.
Kakuqubaba. 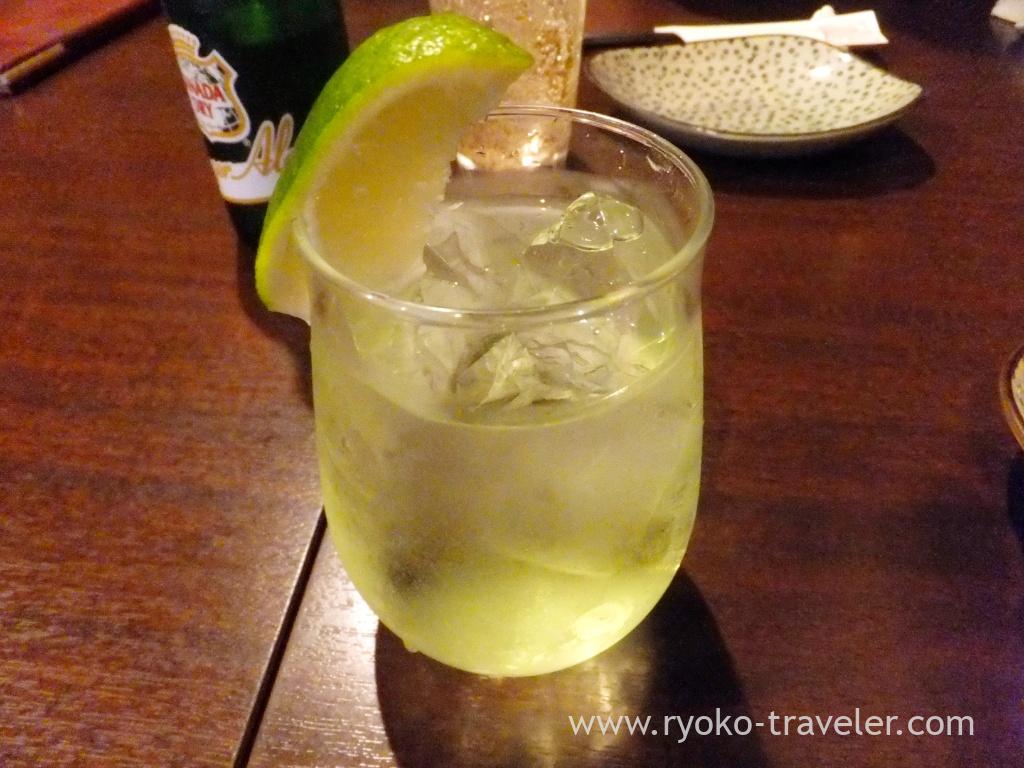 It went with alcoholic drinks (especially Japanese sake ;)) well because it was salty, but every foods were salty and it was too much for us, just two persons. Maybe, it as good for three or four persons 🙂 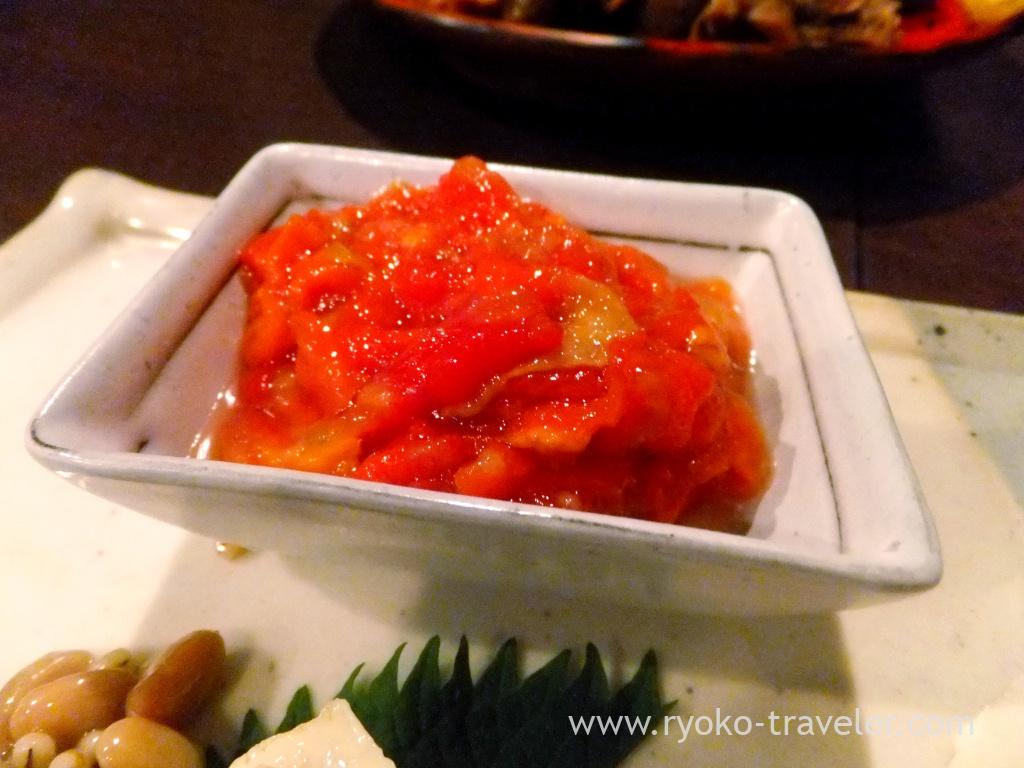 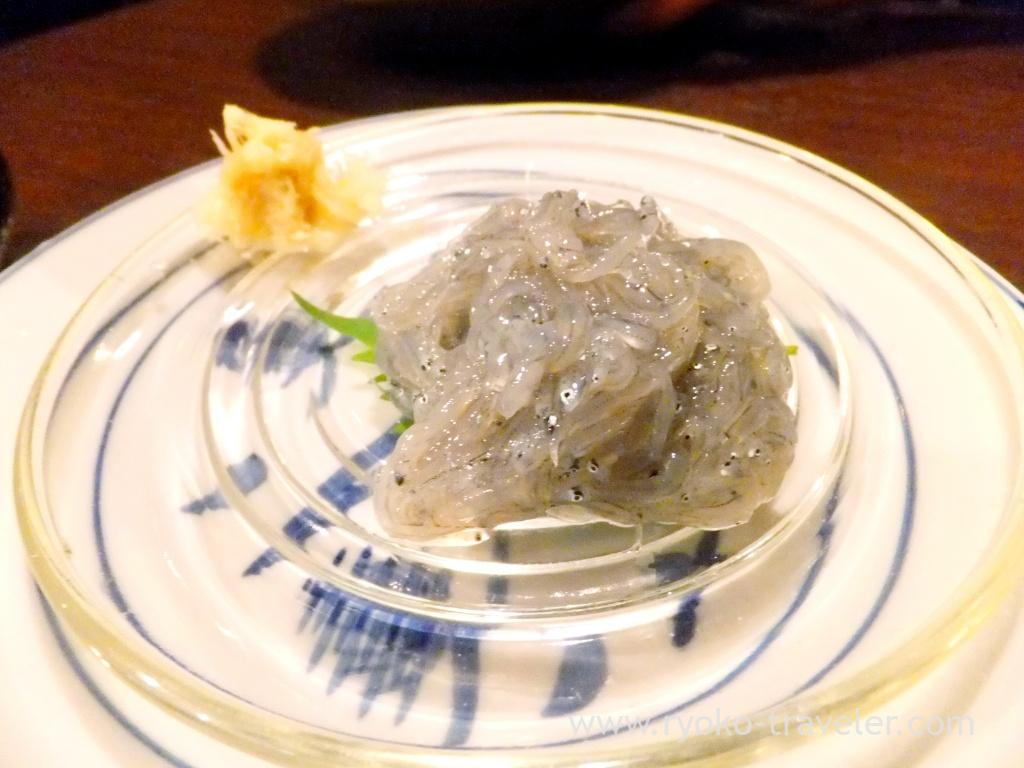 We didn’t expect so much because they are oden izakaya, but it was so tasty. I think it had good quality as same as Kashigashira’s 🙂 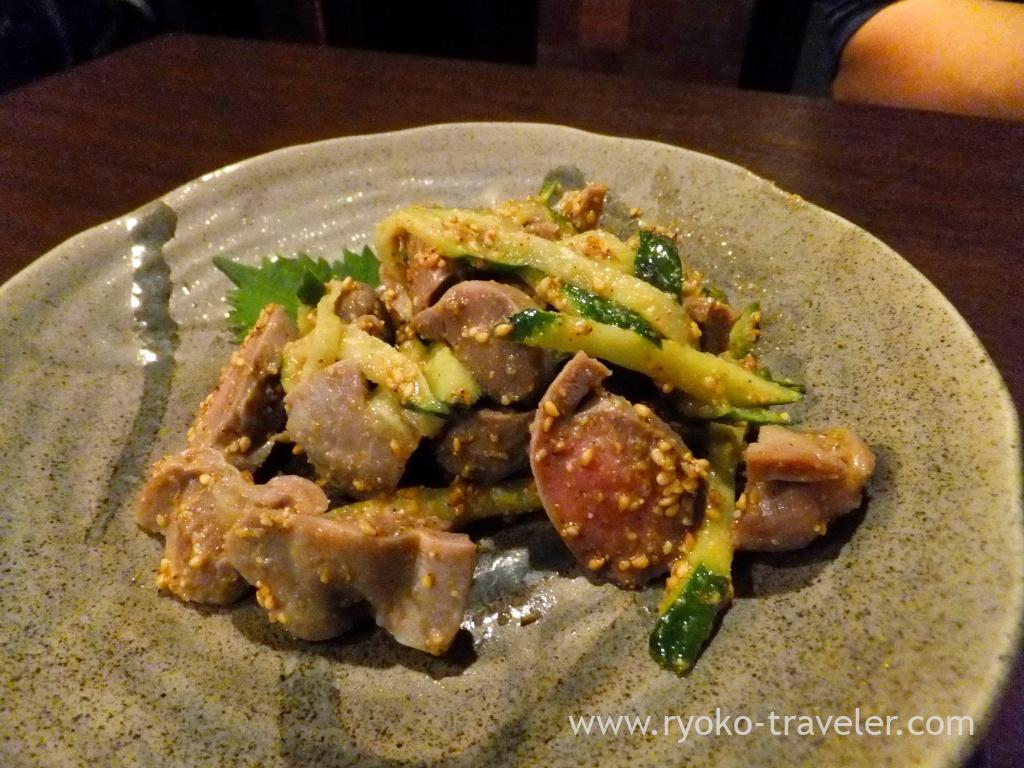 It had sesami oil flavor and its crunchy texture was good. Beef tendon and black pork stomach and bowel was soft.

The soup had stronger color than ordinary oden but it wasn’t strong in taste.
we put furikake on the ingredients just before eating.

We could find the difference of the taste between Shizuoka oden and ordinary oden easily by eating standard ingredients like daikon radish, boiled egg, beef tendon

I like ordinary oden all the same … 😉 but Shizuoka oden was good, too.
Ah, I feel like eating oden again.

I wonder if convenience store still sell oden,,,
Eating hot oden or hot-pot in the air-conditioned room is so happy 🙂

This season has come this year, too ! Now is summer. I hate muggy summer. But there is only one thing that makes me exci...

Fresh bonito. I went to Hajime Sengyo-ten for lunch the day before yesterday after a long long absence. Summer has pa...