Gorgeous autumn flavor could be eaten with ease at Yonehana

I went to Yonehana by myself after a long absence.
Recently I usually go to Tsukiji with someone.
So, Jiro-san said to me, ” You come here by yourself ?” 😛 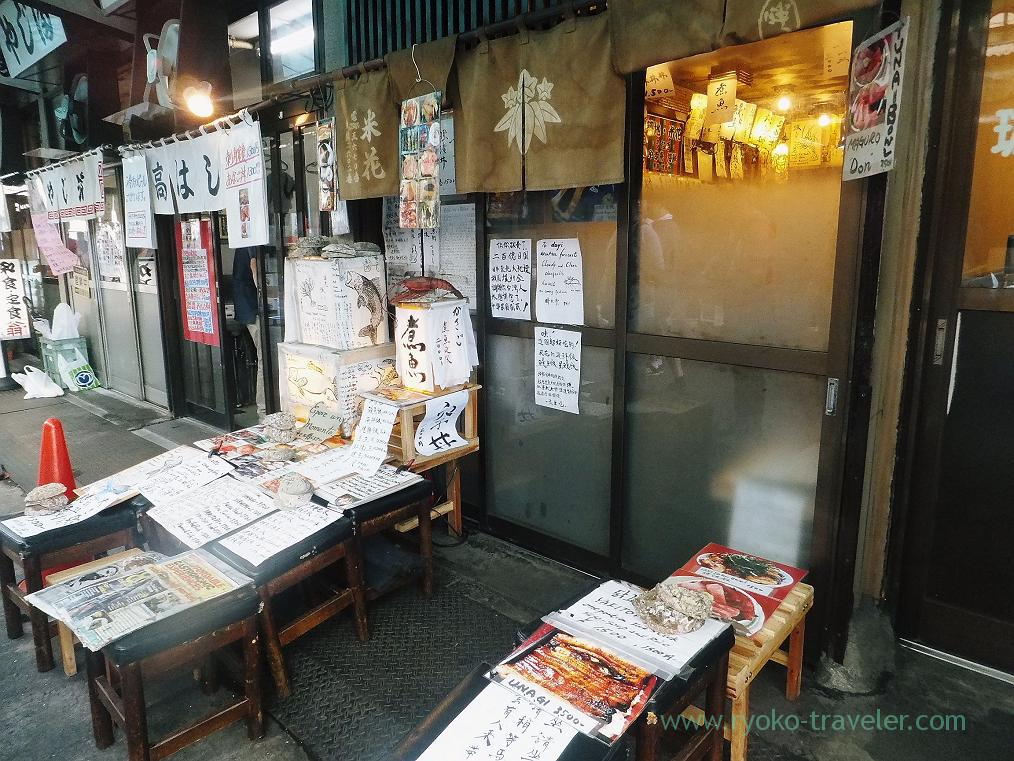 It never looked eateries in Fish Market all the same 😛 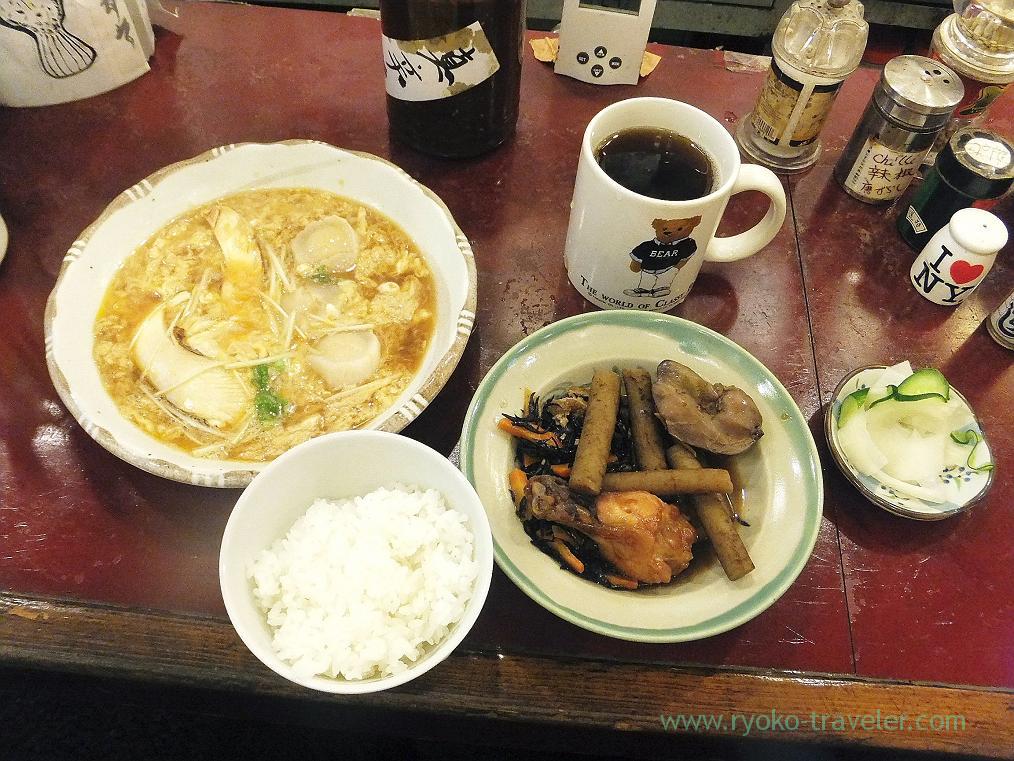 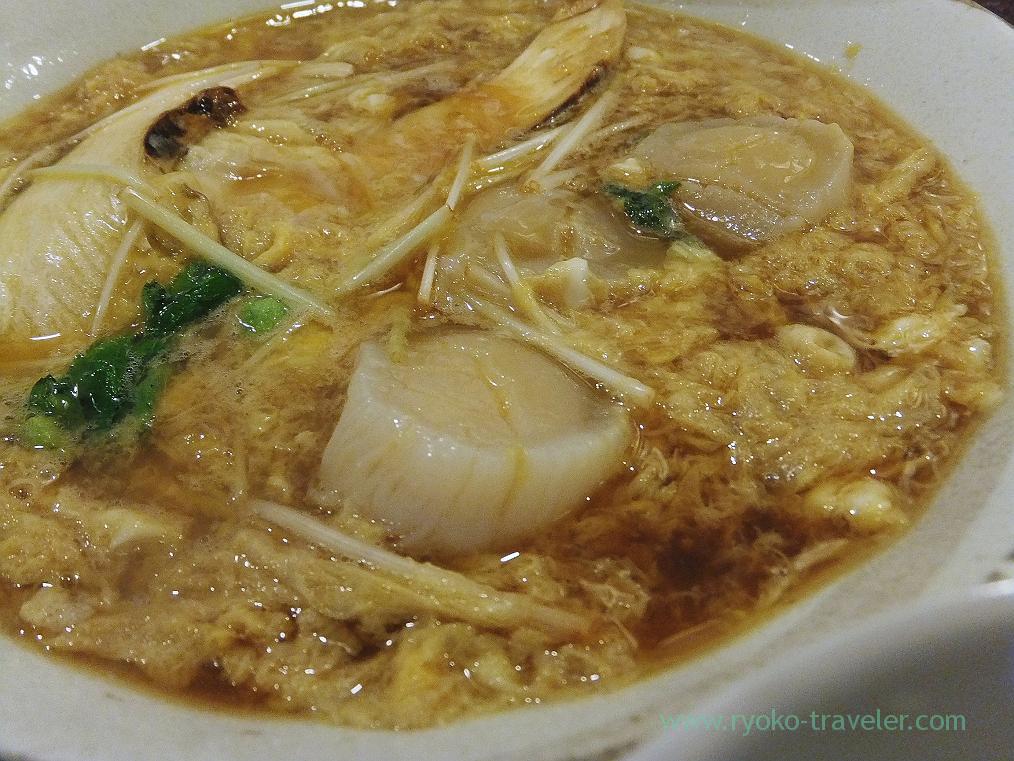 Tamagotoji is soup or stew over which a beaten egg is poured before serving; egg-bound soup,
Those scallops were nearly raw and sweeeet ! 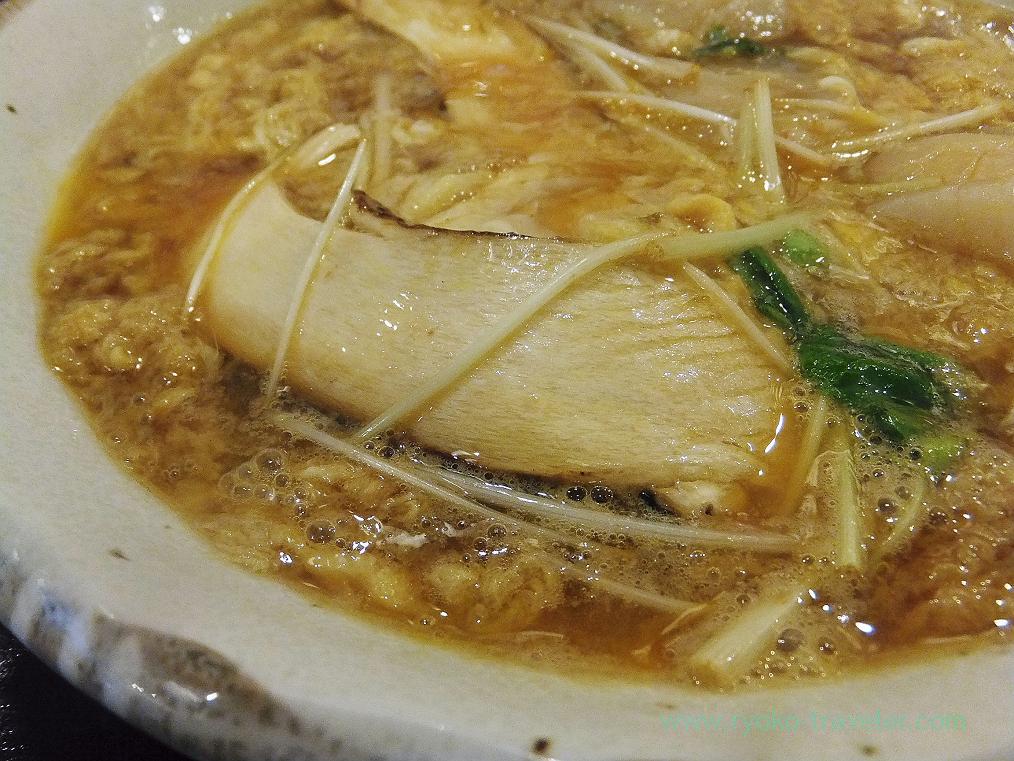 Matsutake mushroom is usually cut more more smaller and eaten bit by bit dearly.
I had never thought that I could eat such a bigger slices of mushroom !

Well, Jiro-san(waiter) said it is “mushroom and shell”
Such a gorgeous dish. He should have appealed “Matsutake” more.

That day I ate it by chef’s choice, but everybody could order the dish normally 🙂
But they could serve this dish in special because they happened  to get matsutake mushroom inexpensively.
Yonehana sometimes serves valuable dishes like the tamagotoji, so you’d better to ask recommended dishe to him.

And this was side dish, A lot of volume. Hodgepodge 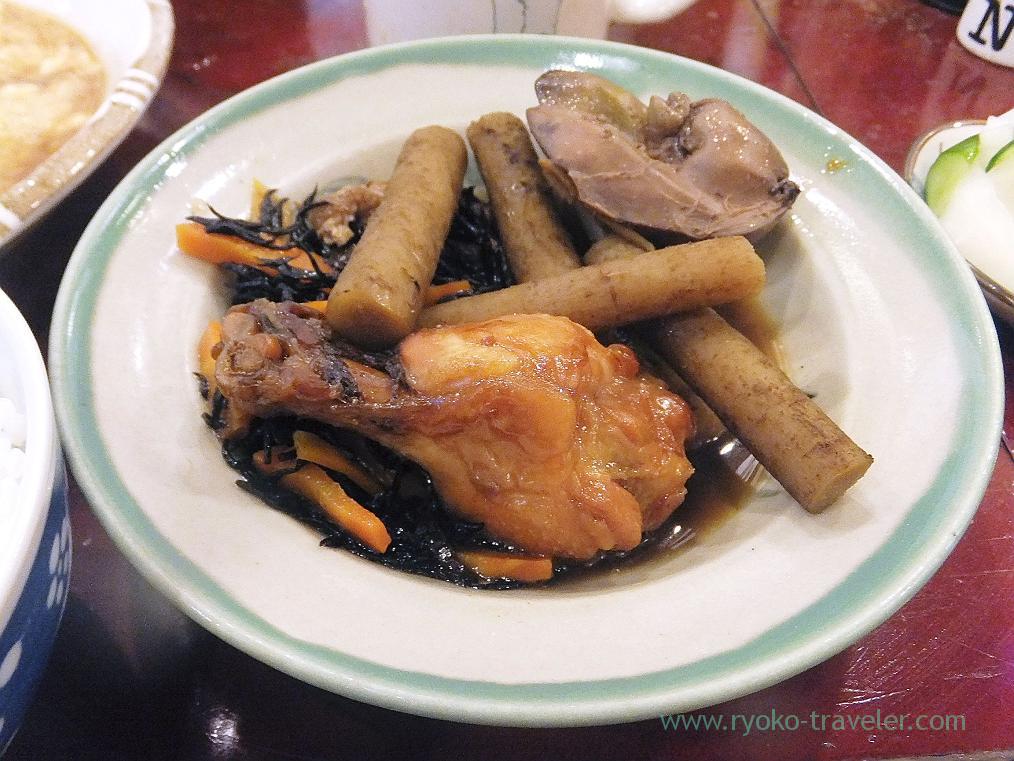 You think Tsukiji is the best place to eat sashimi bowl ? Certainly, Tsukiji is precious area. But there's also grea...

Kashigashira's seafood curry continue enveloping ! This is a sequel of the Kashigashira 1/2 yesterday :) Nigiri ...

Tandoori foods with alcoholic drinks. My friend asked me to join dinner at Kamal Pool. It is tandoor bar. They serve ...

Spring flowers in full bloom ! I'm now at lunchbreak. I found it's warmy today, so I'm going out from building :D...