I took my mother to Kamakura for viewing hydrangeas last week. Though we went to there on Friday – Saturday, it was really crowded.
Many of them visited there for viewing hydrangeas.

Because it kept rain until the previous day, I was anxious about the weather, but fortunately or unfortunately, it was fine and the temperature was near 30 degrees C !

Too fine ! The shiny sun made me hot ! My mother left me and went ahead 🙁 It is called a “Kakekomi (run away) dera” and “Enkiri (divorce) dera” because it has been a Buddhist temple to which wives ran away for refuge from their cruel husbands and had a right to give refuge to women who will soon be divorced. (There was no way except for women to divorce on their own will until Edo period). She left me and paid the admission fee (200 yen) and entered the temple. So, almost all photos had my mother’s back :p Small and colorless temple have bright hydrangeas. Those were beautiful. Compared with Meigetsuin and Hasedera that are the most popular temple, there were not many people and it was calm. 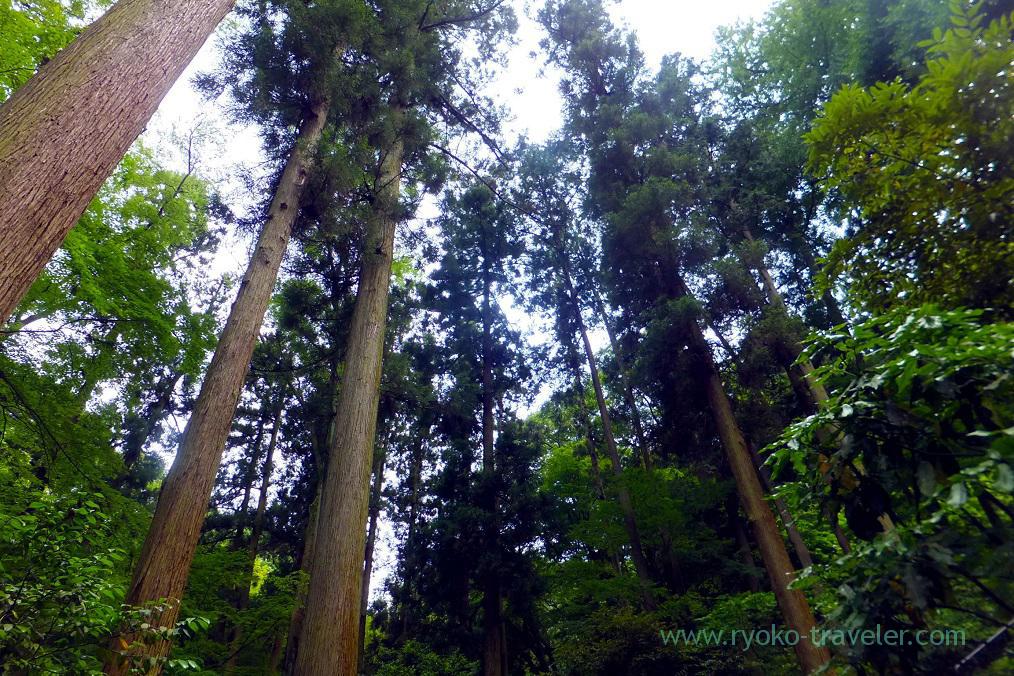 Though we were full, we couldn't stop eating. Next, we went to the restaurant named Yumisai to eat dim sum. The per...

I like spicy foods. So, I love Sichuan foods in all Chinese foods genre. Keitokuchin (景徳鎮) is one of the most popular S...

When I visited Kamakura, I had lunch at OXYMORON located within 10 minutes walk from Kamakura station. When we got to t...

Speaking of flowers in spring, I thought it is plum blossom and cherry blossom. But I found that yellow flowers that is...

Kakigori all year around in port town. I knew there is a so popular kakigori shop near Kugenuma-kaigan station. But it...
Yushima : Dandan noodles and coriander at Aun (四川担担麺 阿吽)
Kamakura Hydrangea Festival (2/3) : Meigetsuin temple (明月院)