The day that we had oyakodon for lunch at Sendagi, I had dinner at soba restaurant in Ginza with friends who were with me in Sendagi and someone gathered for dinner. We were five in total.
It was still bright. But we had early dinner at Sasuga Rin.
Sasuga Rin is soba restaurant and serve udon, too.

We were seated at the back of the restaurant.

They are located at the center of Ginza.

As soon as we entered, there’re some counter seats and kitchen. And some tables at the back of the room.

Because here’s old Edo, I ordered COEDO beer Beniaka (800 yen).
By the way, COEDO is CO(KO)-EDO. It doesn’t mean Edo. It means “flourish town like Edo”. The representative town is Kawagoe of Saitama prefecture :p
And this COEDO beer is local beer made by beer company in Kawagoe.
Its name have “EDO”, so, many restaurants in Tokyo serve it.
Also some supermarkets and convenience stores sell it.

With vinegared mozuku seaweed was served at otoshi (included in service fee). 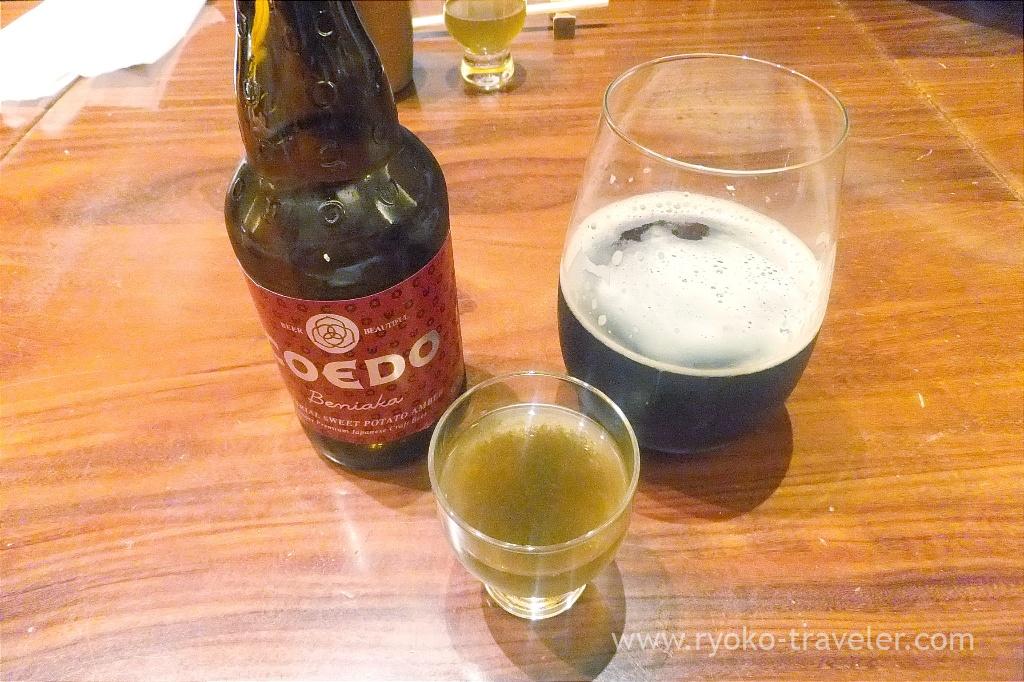 We ordered “Small 6 dishes course” (小皿コース, 1800 yen). This course don’t have much foods. It’s for drunkers before eating soba. (not included soba)
But I got enough full because I ate hearty oyakodon at lunchtime :p

At first, monaka was served. It’s not dessert. Potato salad having ducks meat was sandwiched, not anko 🙂 The potato salad was like liver putty and good. 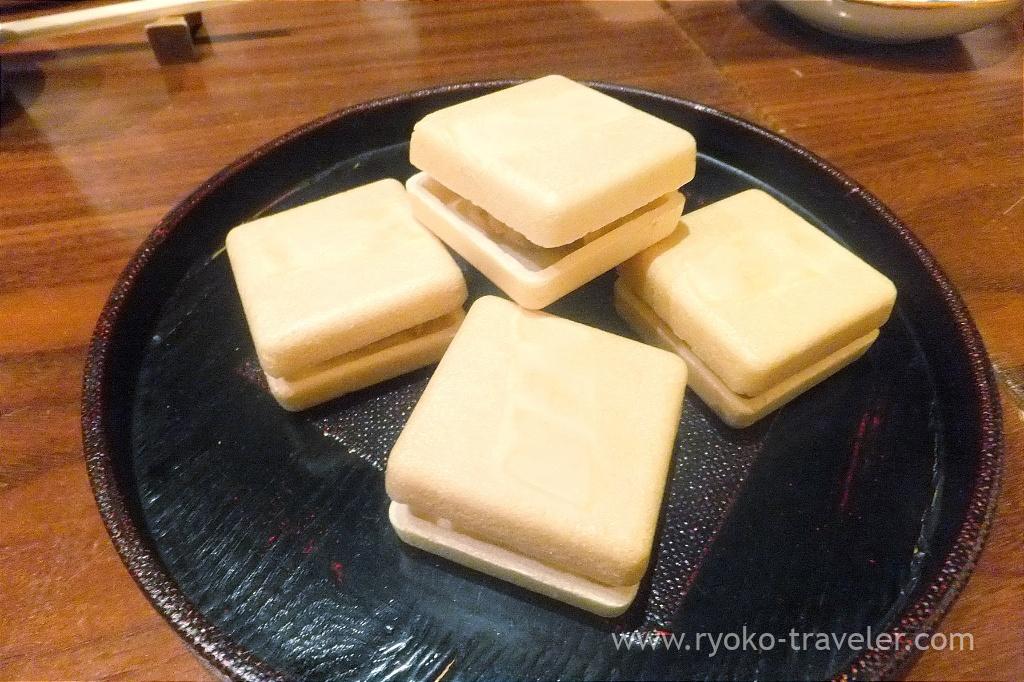 Sakura prawn kakiage tempura. So crisp and the smell of sakura prawn was great ! 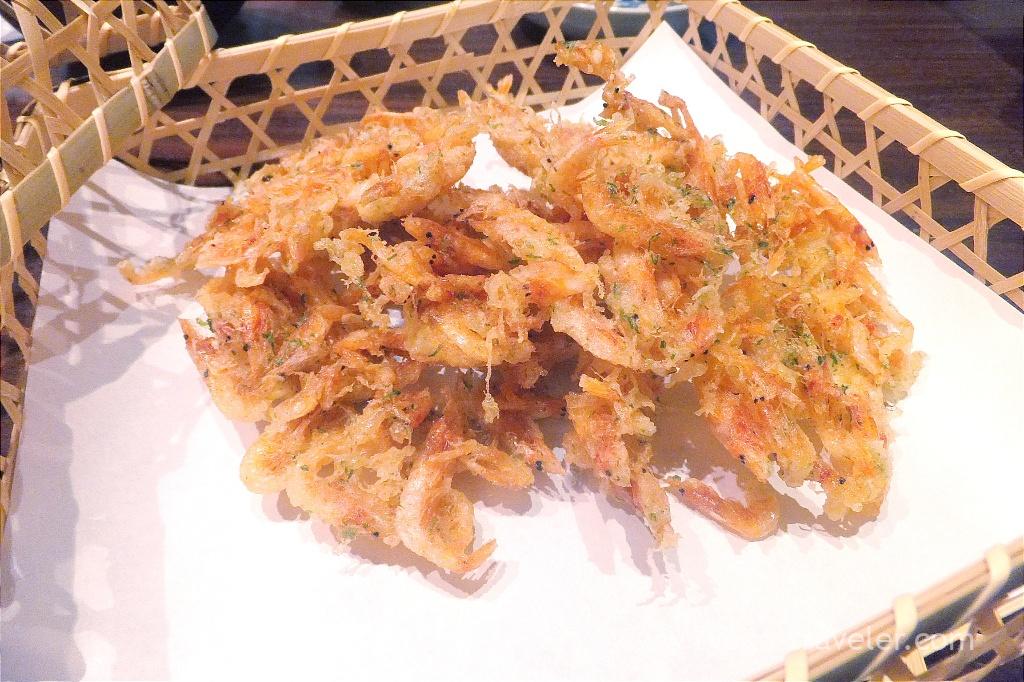 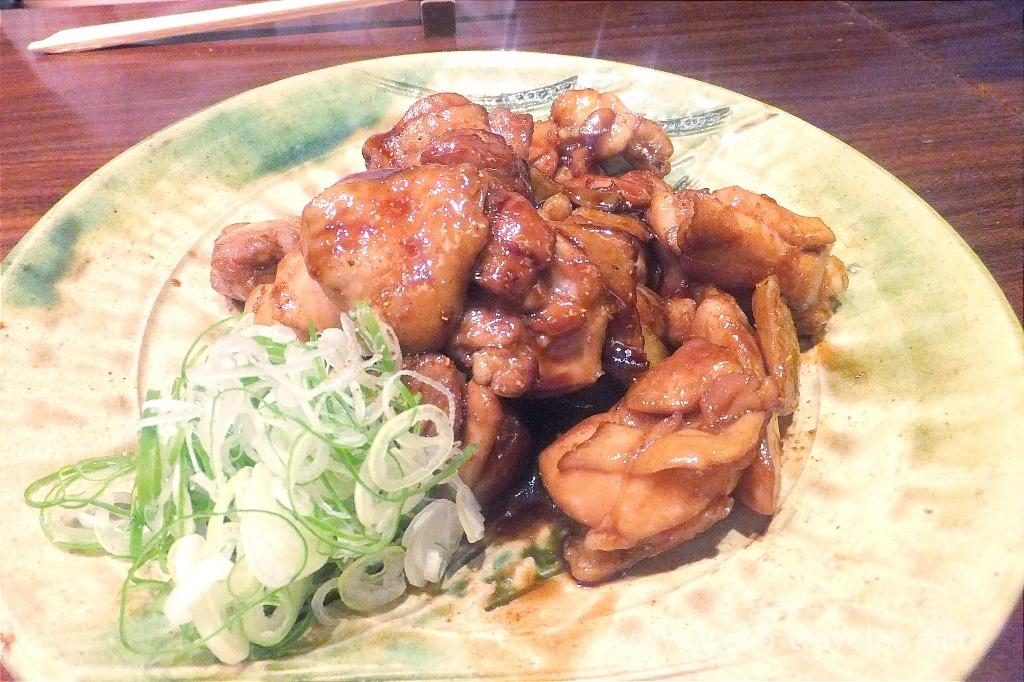 And then people who want to eat udon ordered something that they wanted. But I got full. So, I tasted my friend’s Hiyakake udon (冷やかけうどん, 1000 yen) just a little. 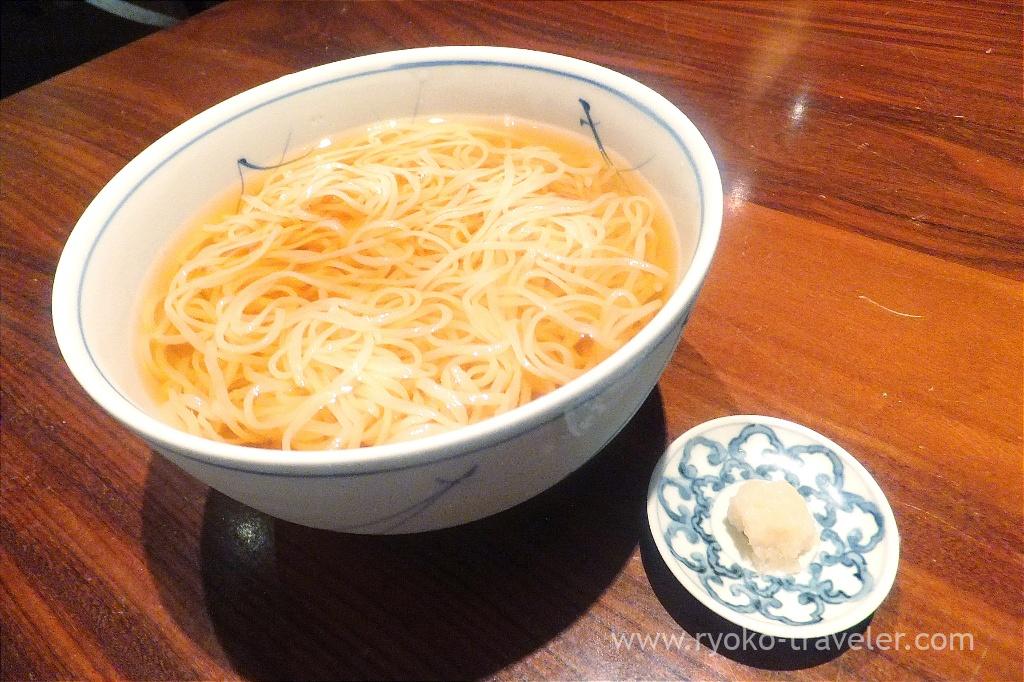 Though it’s a soba restaurant, soba was already sold out. So, they ordered udon. But udon was enough delicious.

Still it is good season for cold soba This is a sequel of last post about breakfast at Yonehana. After Yonehana, o...

At last, I ate deep fried sea eel It is the post about 23th August. I expected that Yachiyo serves sea eel yet, and I ...

Gorgeous tempura along the back alley in Tsukiji. Tempura Kurokawa is one of my longing restaurant in Tsukiji. It stan...
(Moved) Imai (焼鳥 今井) in Sendagi
Ushio (麺巧 潮) in Awajicho