I went to Ginza for having deep fried oysters ! Though there are some branches of Sansyuya in Tokyo, Ginza branch have the highest reputation about deep fried oysters.
They have started their business in 1968. Their appearance and interior have their long history. When I visited there past 11 a.m. because I heard it’s their opening time, but they weren’t open yet. And I went back to there around 11:20, they were open and half of seats were occupied. 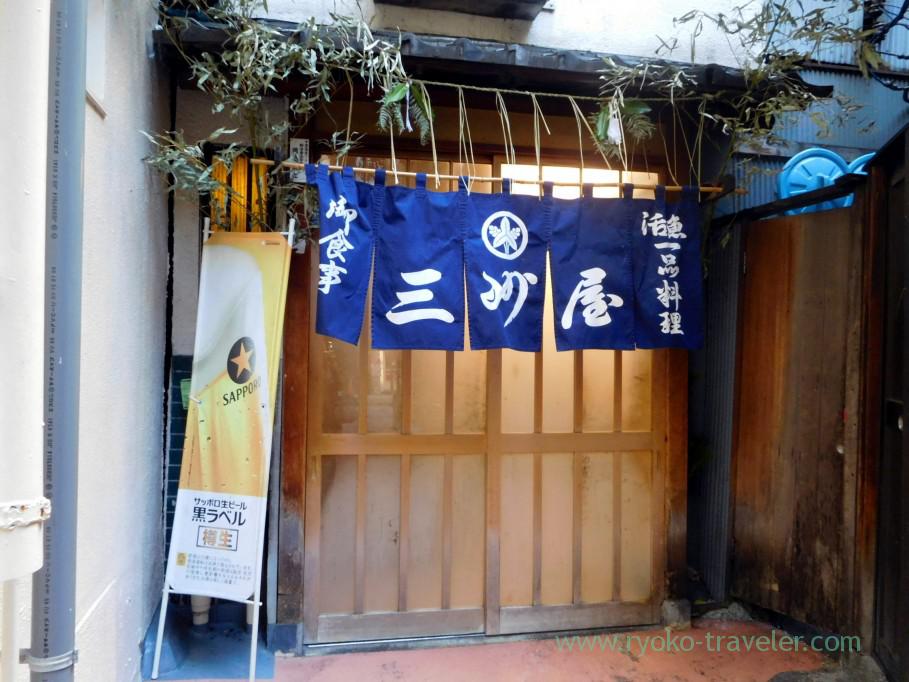 Ginza branch is hard to find just a bit because they stand at the back of main street. You might pass through in front of the house.

Their location itself is not bad. There’s MUJI shop close to the restaurant. But as you said, they aren’t face with the street.

But don’t worry. They put such a signboard on the street.

Also over our heads.

There’s the 1F and 2F in the house. There’s L-shaped counter table and many square tables.
Menus are on the wall. Also they have whiteboard menu.
Because it was on Saturday, many people had alcoholic drinks. 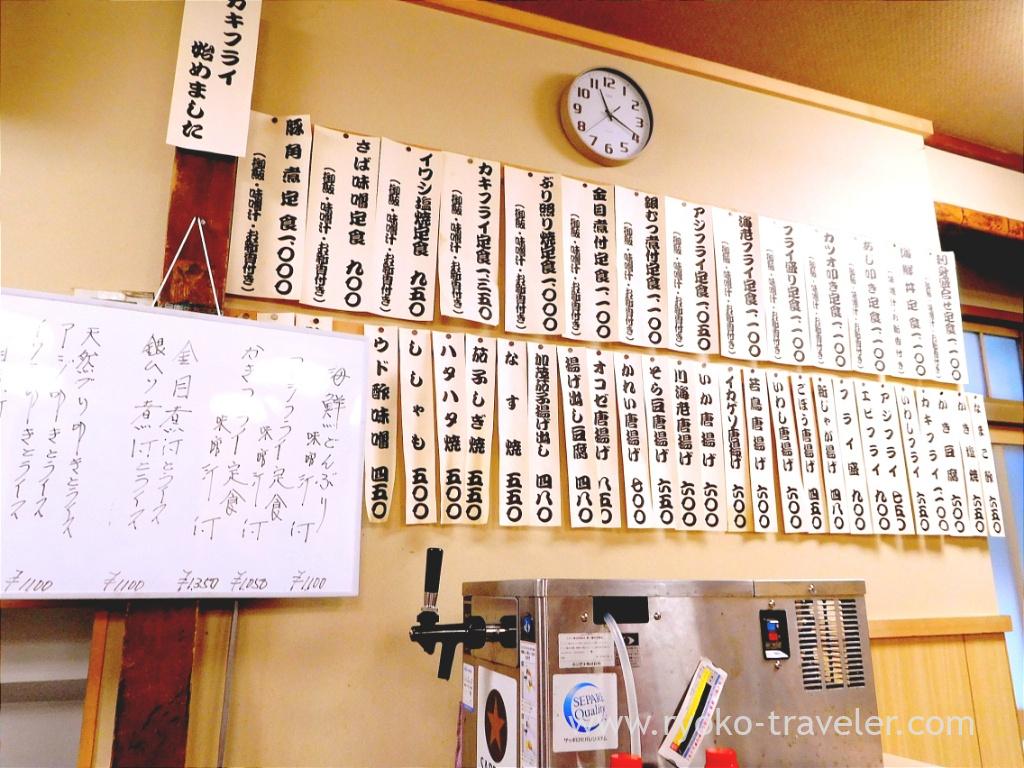 As soon as I ordered deep fried oysters set (カキフライ定食, 1350 yen), pickles were served. Turnip. It was pickled strongly. 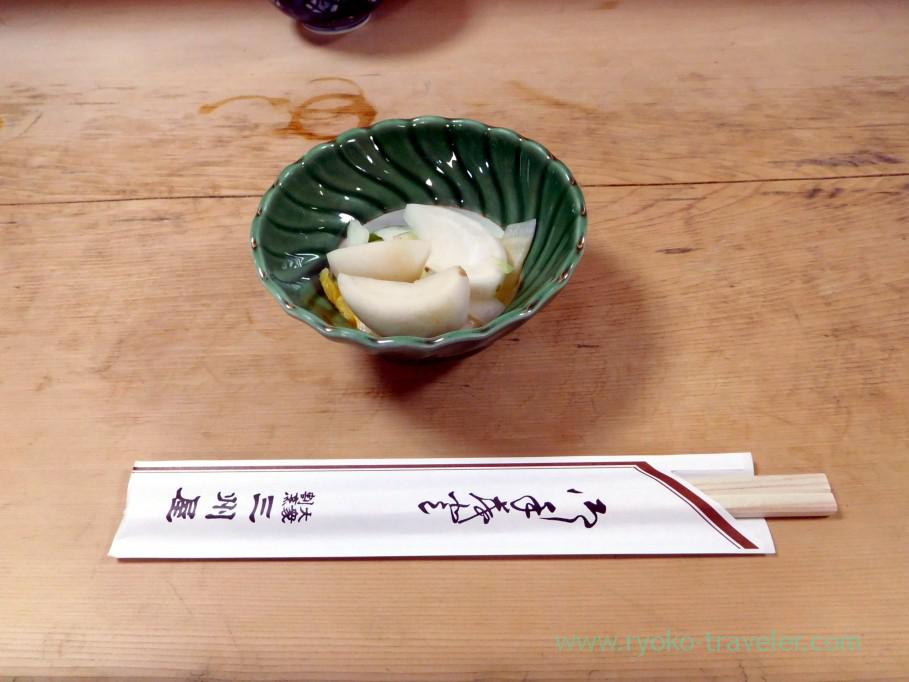 I thought my foods would take much time to be served, but unexpectedly everything was served soon.
Deep fried oysters, rice, miso soup. Miso soup have red miso.

Those were the smallest deep fried oysters that I had on this season, so I was disappointed at first.
But those had abundant extract of oysters and were really tasty. I wanted to eat them more.
Shredded cabbage and salads were good, too. Deep fried oysters were eaten with mustard, Worcester sauce, soy sauce. They don’t have tartar sauce.

Second time to visit Shimada We visited Ginza Shimada in Ginza area again ! That day, there were no bigger pers...

Welcome to Tokyo, Mitzie Mee ! Two days have passed since I came back from Osaka X( Osaka is great place all the same....

I visited Rinsuzu Shokudo in Ojima after long absence.They are popular as lemon ramen. It takes about 5 minutes walk fr...

My friend asked me to join dinner at il tram the other day. Of course, I went to there in the heavy rainfall. I ...
Ramen Toro (ラーメン燈郎) in Shinkoiwa
“Chanoka (茶の菓)” of Kyoto