After we enjoyed first Sanuki udon of this trip at Udon Baka Ichidai,
http://www.ryoko-traveler.com/teuchi-udon-baka-ichidai1/

we went back to in front of Kawaramachi station and had break slowly at cafe.
It was still around 10 a.m. and we were full. 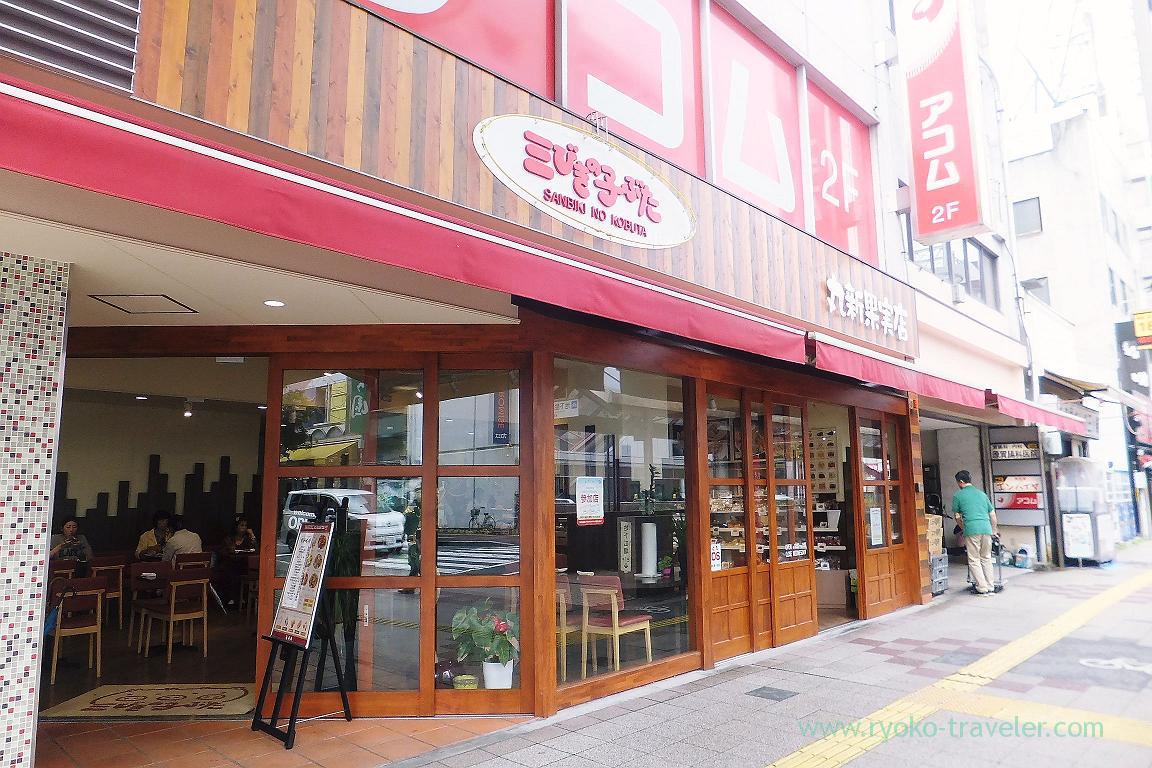 This shop take self-service system like Starbucks and the specialty is parfait and juice made from fresh fruits.
Their sandwiches, breads and cake can be taken away.
They also sell their fresh fruits besides the cashier. 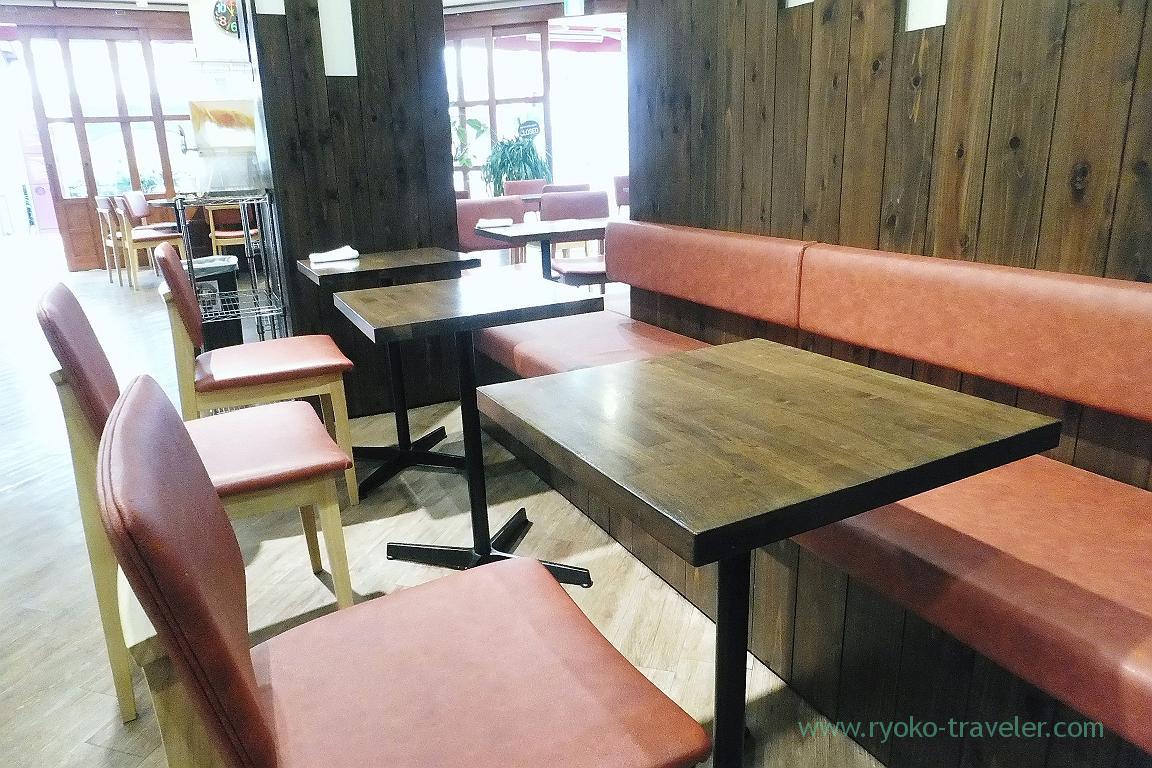 Though there was no people who visited only for buying those fruits when we were there, there might be someone to do so.

We ordered peach parfait and pear juice.
At first we hesitated to order peach because we think peach season was already end. But we ordered it because we love peach 🙂 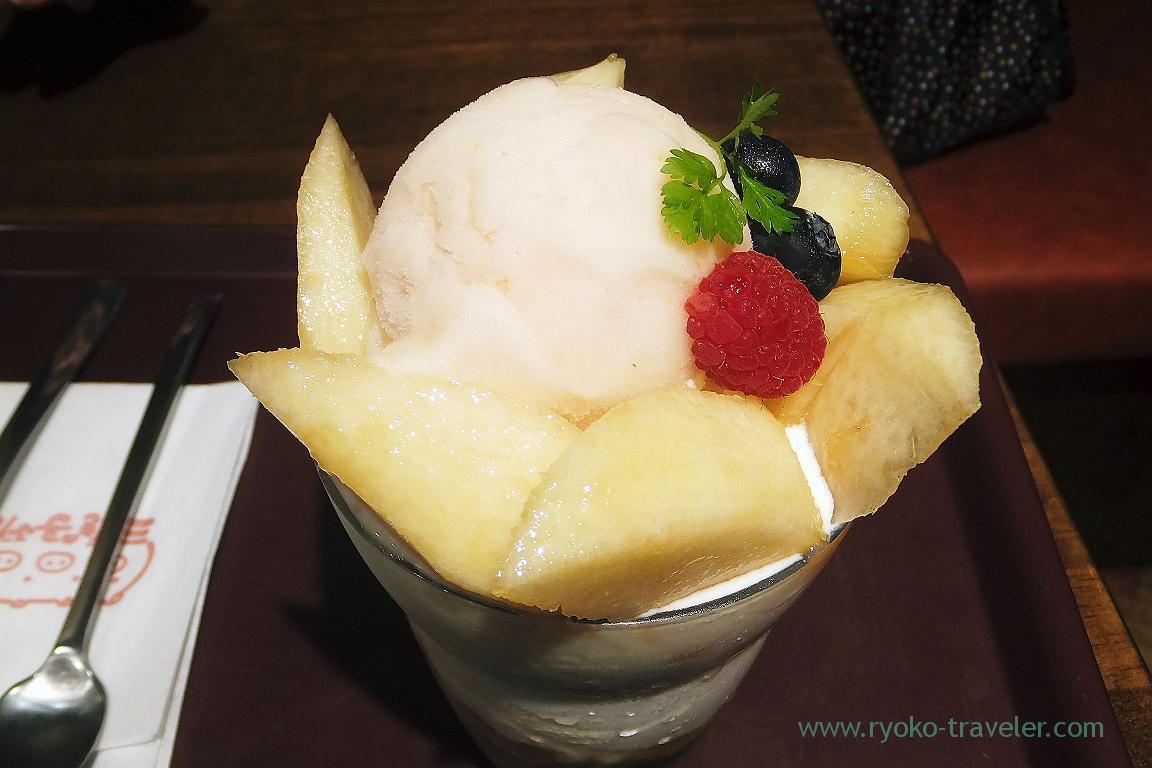 I dropped in at supermarket close to Takamatsu station next day and I found they
still sell peaches as seasonal fresh fruits.
I saw the price tag for knowing where those peaches came from. Those were from Aomori prefecture. I understood.
In our Kanto region, almost all peaches are from Yamanashi and Fukushima, But in the Takamatsu, peaches from Northern Tohoku region that is further away of Tohoku are in the markets.
Peaches can fry from Aomori Airport to Shikoku by airlines.
Yamanashi don’t have airport and Fukushima airport isn’t connected with Shikoku (Strictly speaking Fukushima airport have few services….regardless of the influence of severe earthquake…)

But the peach sorbet was delicious.

And this pear juice. 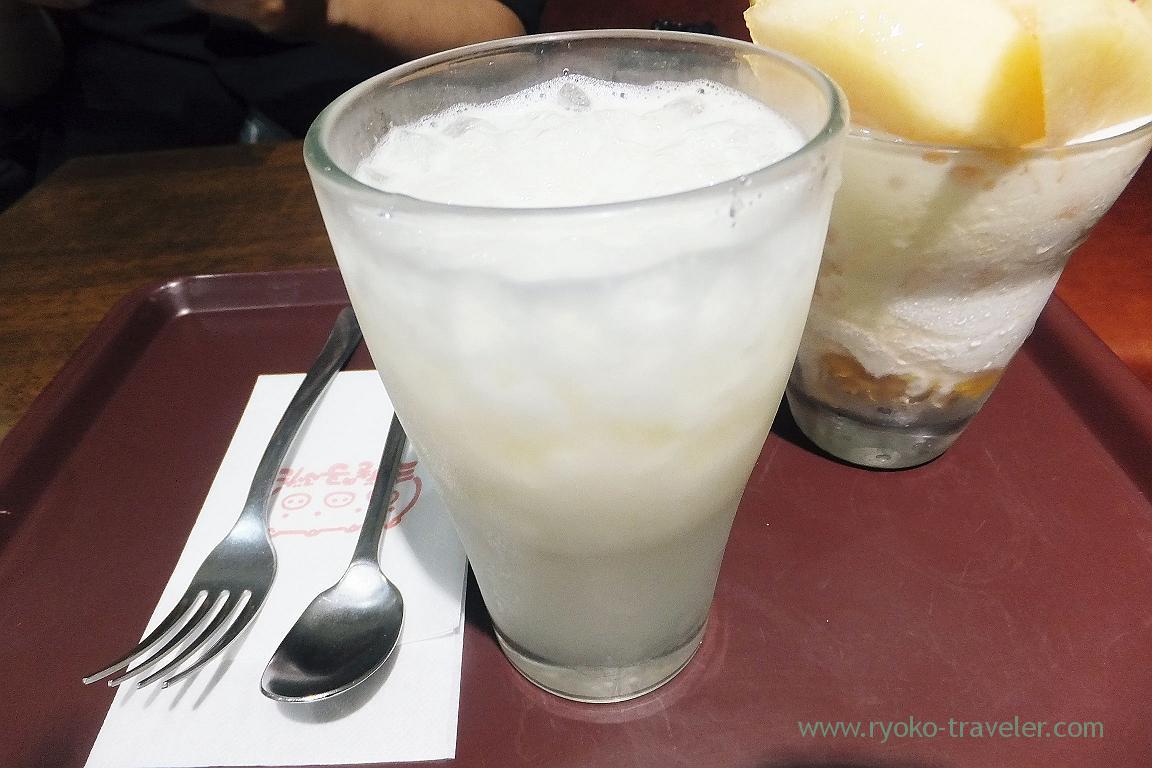 It had much sweetness of the pear, but more, they put much syrup into it. So,
it was too sweet.
And to my sorrow, chunck of pear sank at the bottom of glass covered the straw and it was hard to drink 😛
By the way, why did I ate pear juice in Takamatsu nevertheless I live in Chiba that is one of the most major production area of Pear ? 😛

We killed time at there for a while, but after 11 a.m., the shop got busy for lunch and got out of the shop. 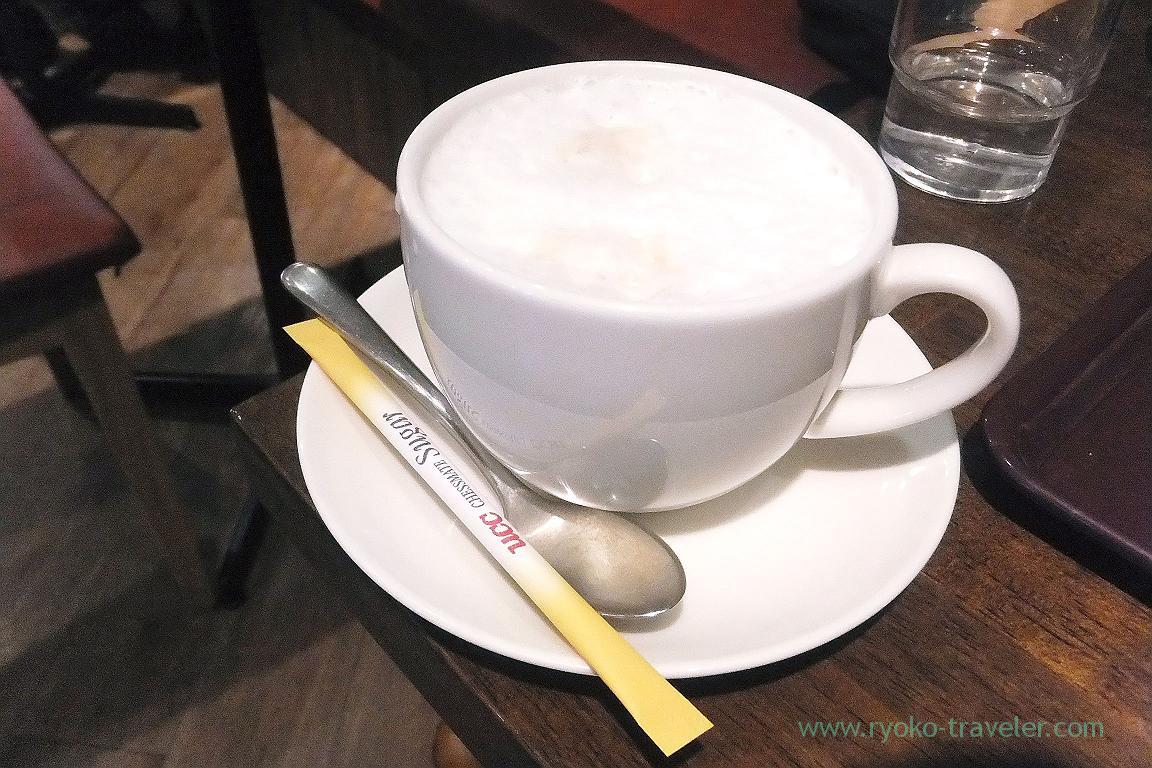 We went to our hotel in front of Takamatsu station and put our baggage at the locker. And then we started sauntering.

Though we got to Takamatsu in the morning, it was cloudy and sometime drizzled.
But fortunately, blue sky started to appear slightly around noon.

I have to move near the shop... The second day's morning of my trip to Takamatsu, we went to Hashioka station by train....

Beautiful night views in silent I posted about the breakfast that we ate in the second day's morning. But today, I w...

After we got out of Onmai, we took a rest and chatted at the bench in Kawaramachi station. After a while, we felt that w...

Our trip started at Udon baka ichidai and ended there, too This will be the last post about my udon trip to Takamatsu :...
(Moved) Tsukiji Market : Deep fried sweetfish with its eggs at Odayasu (小田保)
Funabashi : Foire gras and iberico at Hachijuro Syoten (八十郎商店)