Because I can eat oysters special set at Odayasu !

So, I ate oysters special set at Odayasu as breakfast this Monday’s morning. 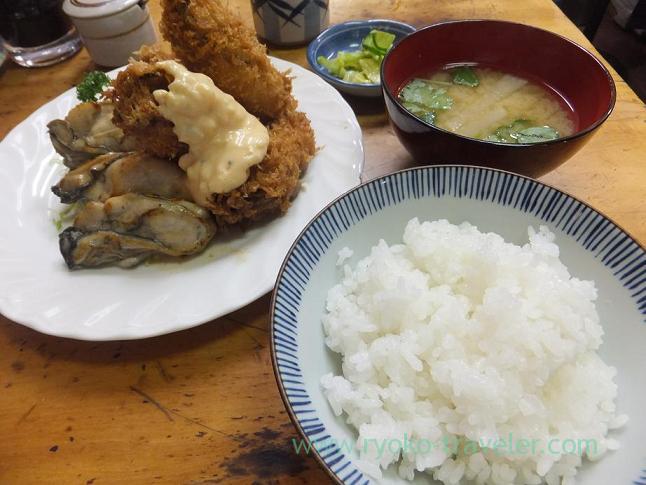 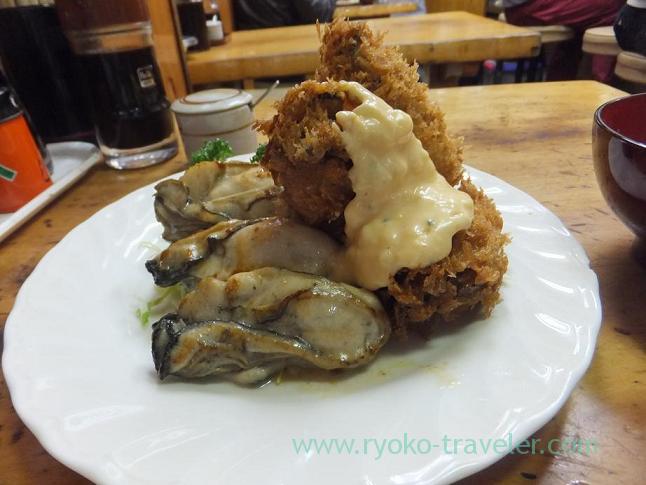 The waitress said that we would be able to eat this oysters set until end of this month.
But it depends on weather, so I want to eat it again early next week.

This is the year that I eat more oysters than ever.

By the way, Odayasu is sandwiched with long long waiting lines of Sushi shop. Terrific !
Recently Daiwa zushi have much people waiting, too.

This is the tea house that I had been wanting to visit for a long time ... GIAG GIOLO HERB HOUSE (ジャッジョーロハーブハウス) ...

Tsukiji Market has been changing... Nowadays, when Yonehana don't have much guests, they often close earlier. Sometim...

About two months have passed since Tsukiji Market finished their role as market. Tsukiji was bright that night, too. ...

"Choice two seafood from five !" Now it is already muggy all day, but I managed to Hajime Sengyo-ten for lunch. Well,...
Nishi-Ojima : Daini-Hisanoyu
Cute cats