The 2nd day of my trip to Nara, I went to Asuka to see Ishibutai Tumulus, Takamatsuzuka Tumulus and Oka-dera Temple.

I went toward Nara station for Asuka station by train.
Within the site of Nara Prefecture Culture Hall.Red leaves were beautiful. 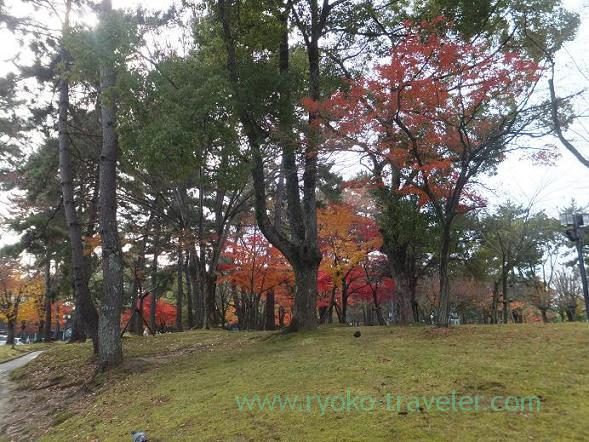 I heard deer is everywhere near Nara Park. But I was surprised deer is really everywhere,in the site of the cultural hall, the site of temples and on the roads and so on. 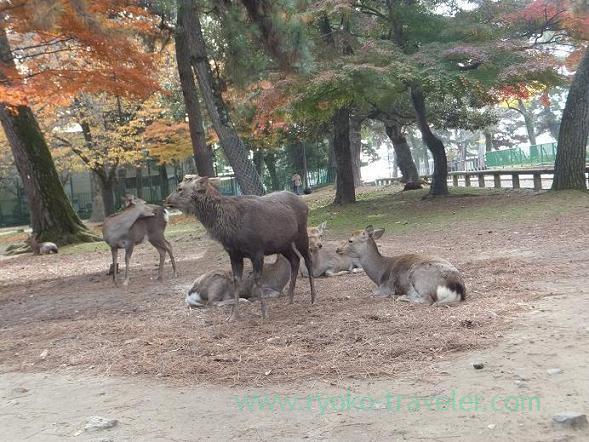 One reason is great increase of number of deer.
People are also having trouble with farm products’ damage by deer.

There was one solution presented by committe.
The solution is to remove deer.

But this solution is denied by many people. Of course.
I can’t understand why do they have no choice but kill or spare every time?

Slender legs 🙁 I’m envious……
Whenever I pointed my camera at deer, the deer turned his face away 🙁 All deer. 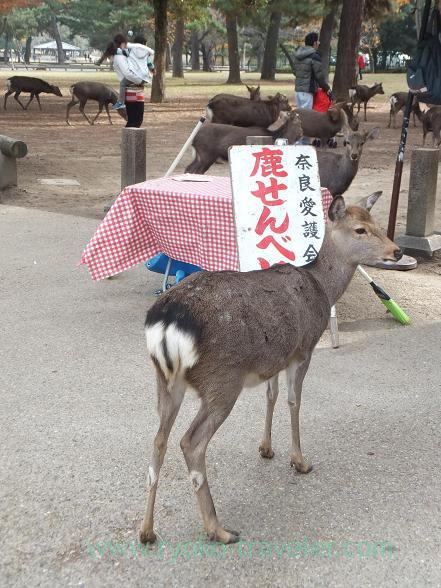 After I enjoyed watching deer and maple leaves, I went to Kintetsu Nara station and I got the train.

Then I arrived at Asuka station. I think Asuka(飛鳥) is cool name 🙂 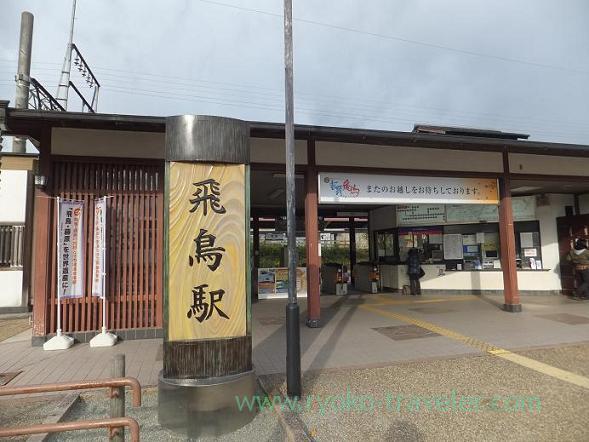 Who was buried in it is not yet known. And it is a small tumulus, so it used not to be valued much.
With the discovery of a richly colored mural paintings in 1972, it came into the spotlight in a single bound.
But those paintings got severe damage before it had been known to the public well.
So we usually can’t meet originals now.
Originals are carefully stored. We can meet originals only for a limited time in every springs and autumns. Now those originals are national treasures. 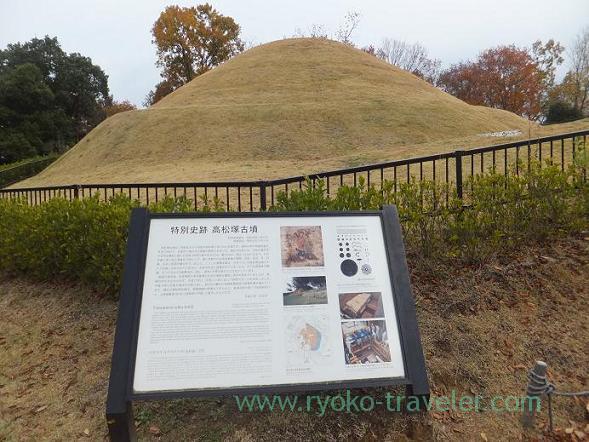 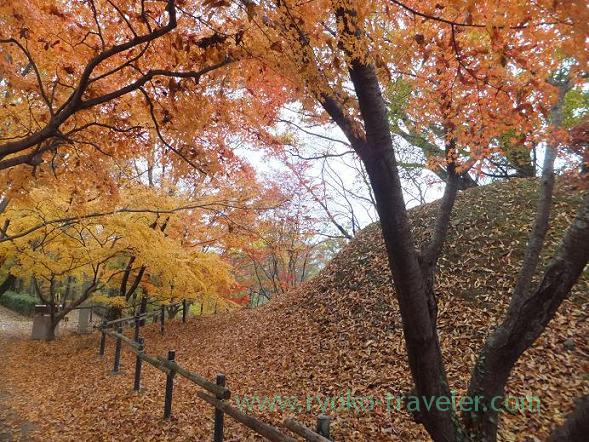 Mausoleum of Emperor Monmu (文武天皇陵) is back of Takamatsuzuka Tumulus. 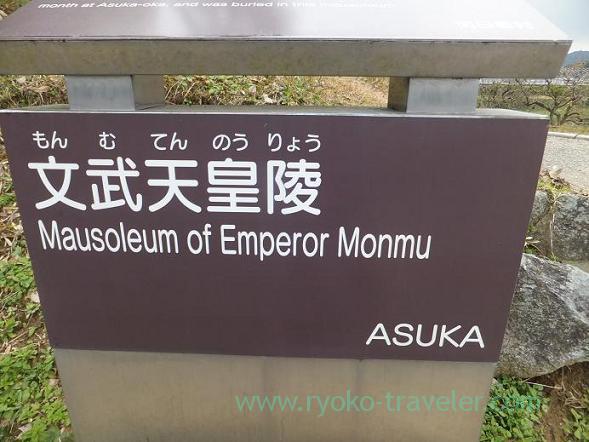 It is really in the shadows. 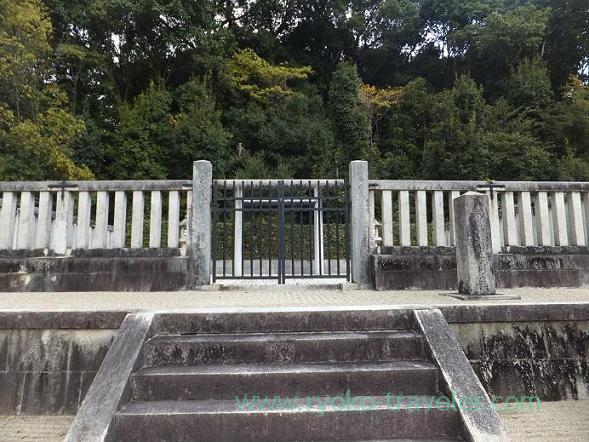 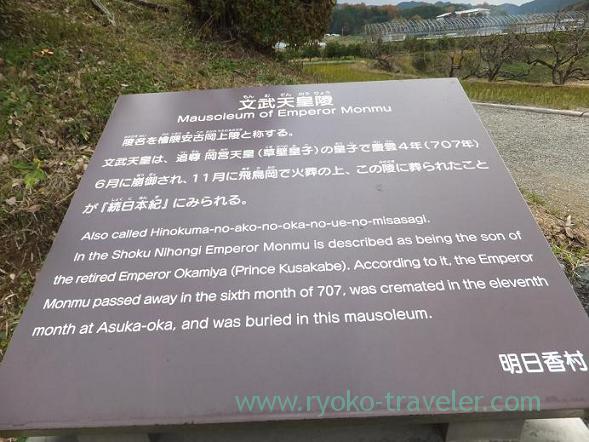 Four gods were painted on the wall of stone chamber of Takamatsuzuka Tumulus and Kitora Tumulus. These wee designed after the model of four gods.
Though already dead, but these were made of flowers and cellophane paper. 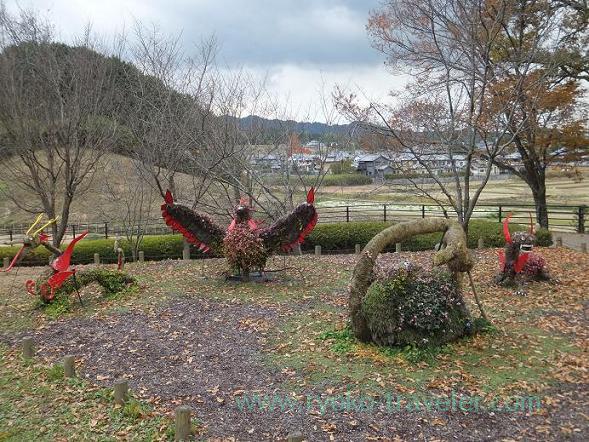 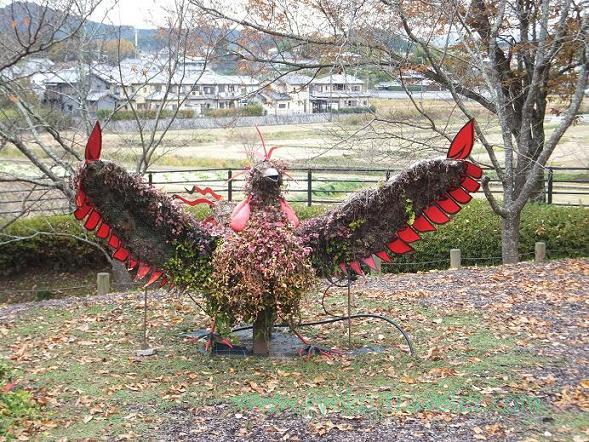 Then I went in Takamatsuzuka Mural Hall to see mural paintings.
There were imitations of artefacts and reproductions of murals. I could hardly understand what is drawn without explanations because of heavy deterioration. But there were also exactly the same paintings that is reproduced vividly. So I compared and tried to understand what was drawn on the immitation wall as much as possible. 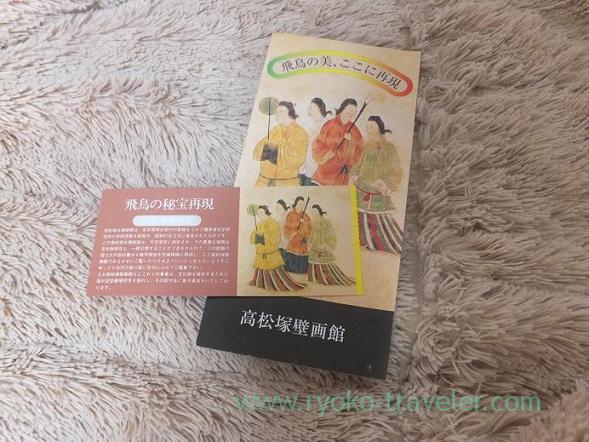 And I found the signboard of Nakaoyama Tumulus. I didn't know about the tumulus well, but I decided to go to see the tum...

Next my destination was Tachibanadera temple(橘寺) that can be seen from in front of Kawaharadera temple ruins. It is s...

After arriving Fukushima station, we went to ramen shop and then we took a rest at a cafe. Both of shops are popular aro...
Higashi-Jujo : From making to eating soba at Nojima
[Tokyo] : Winter tastes at Yamadaya (やまだや) in Tsukiji