Ningyocyo still have many old good restaurants and I had wanted to go to one of the restaurant that is named “Matsunami”. 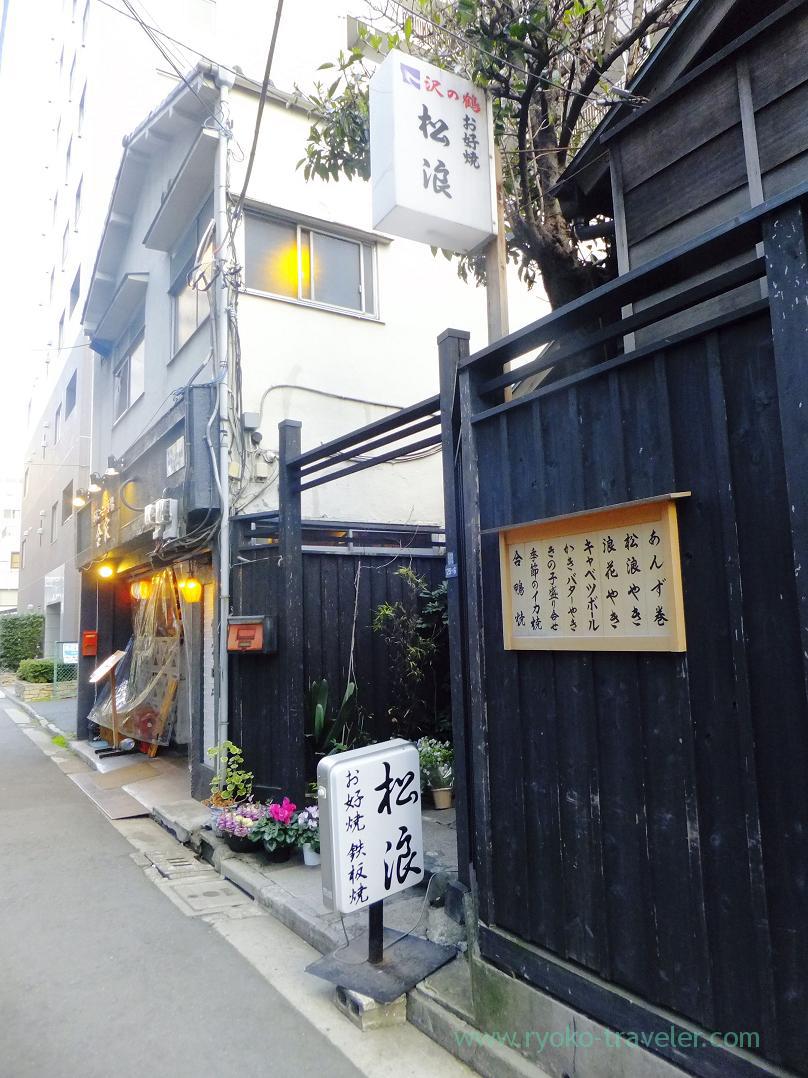 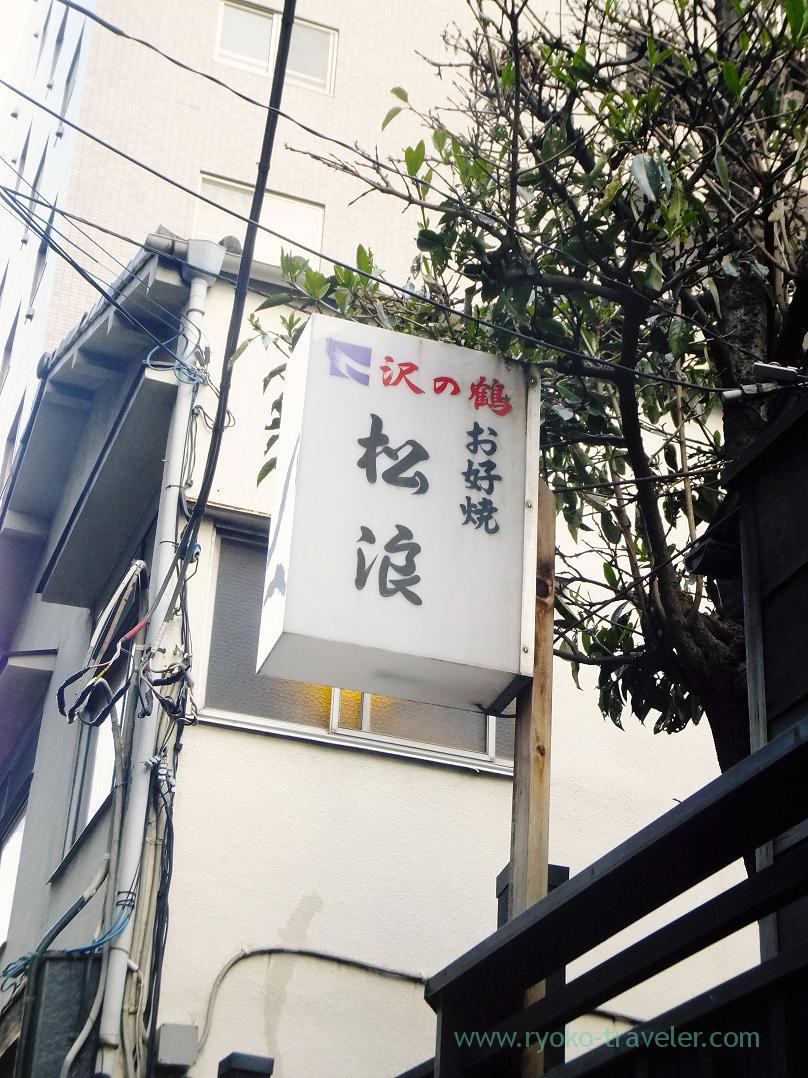 When we got to there without reservation just after the opening time, there was no guest there.
But the waitress said every seats are fully booked but we could stay 60 minutes or so

So we decided to enter the restaurant and eat okonomiyaki quickly.
The appearance have a nice atmosphere which reminds me of an ancient time.
(But if fire breaks out, it’ll disappear…. :() 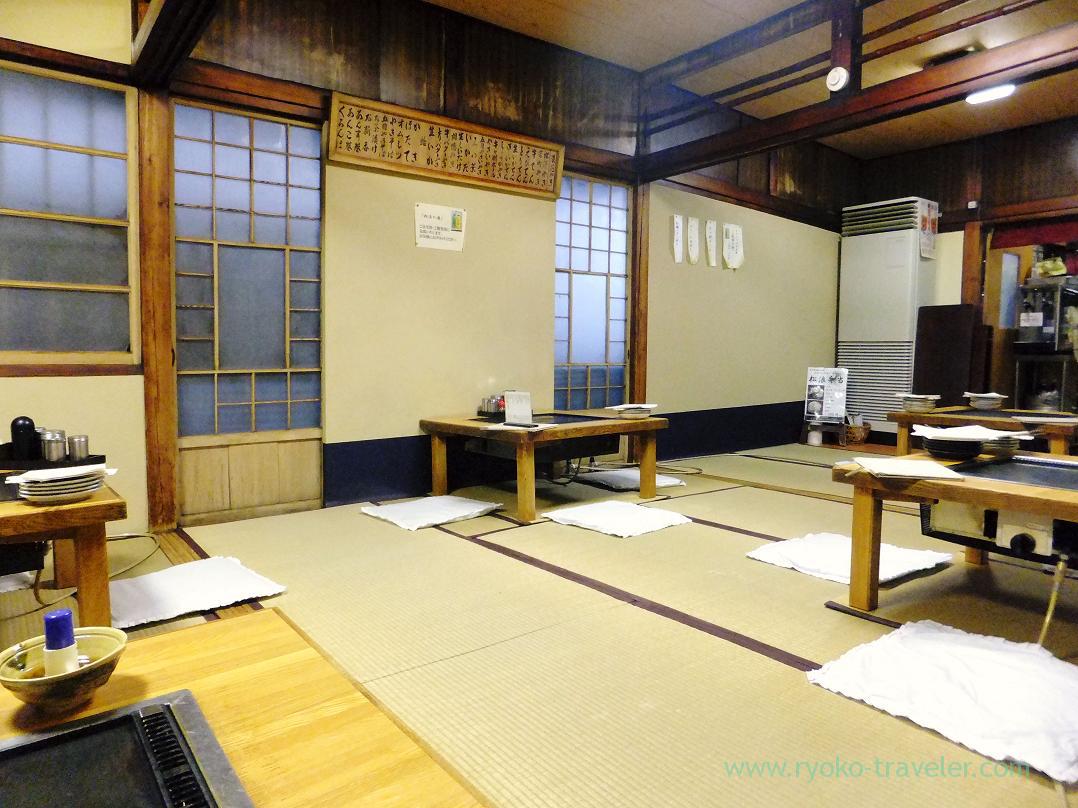 Anyway we had no time to lose, we ordered drinks. My drink was lemon sour (レモンサワー) 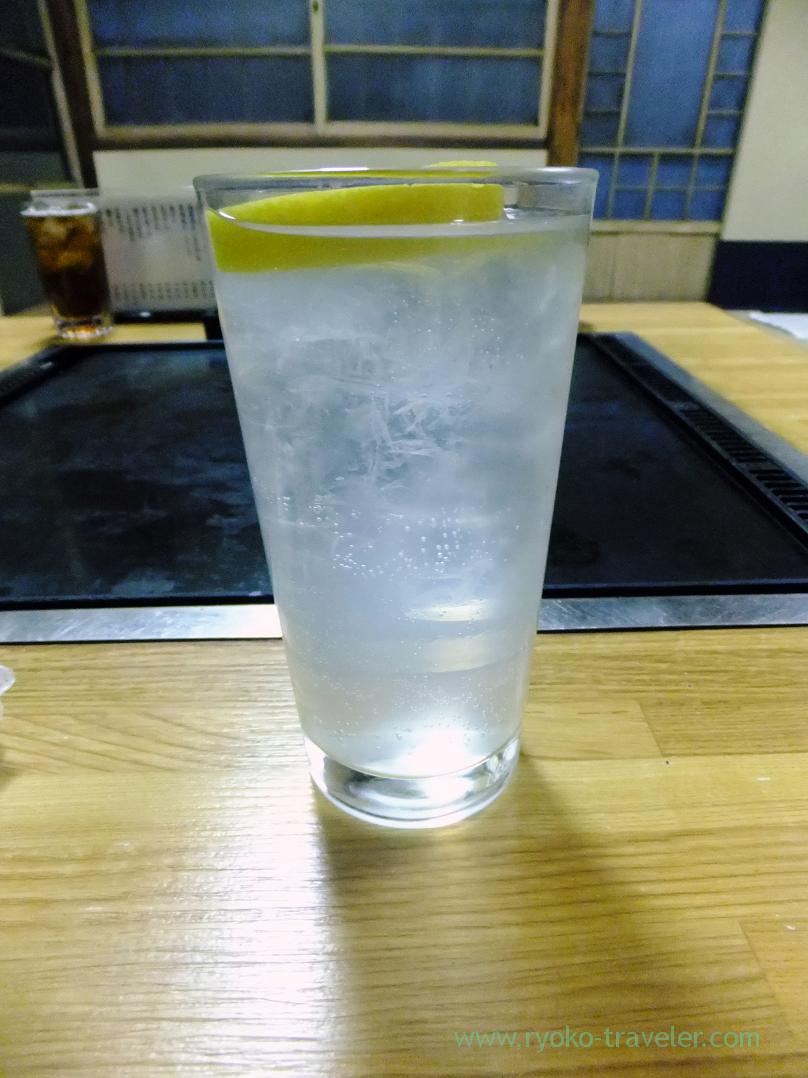 Speaking of Okonomiyaki, we remember it is local foods of Osaka, Kansai. But Matsunami’s okonomiyaki differs from Kansai-style.
http://www.ryoko-traveler.com/fukutaro-namba1/ 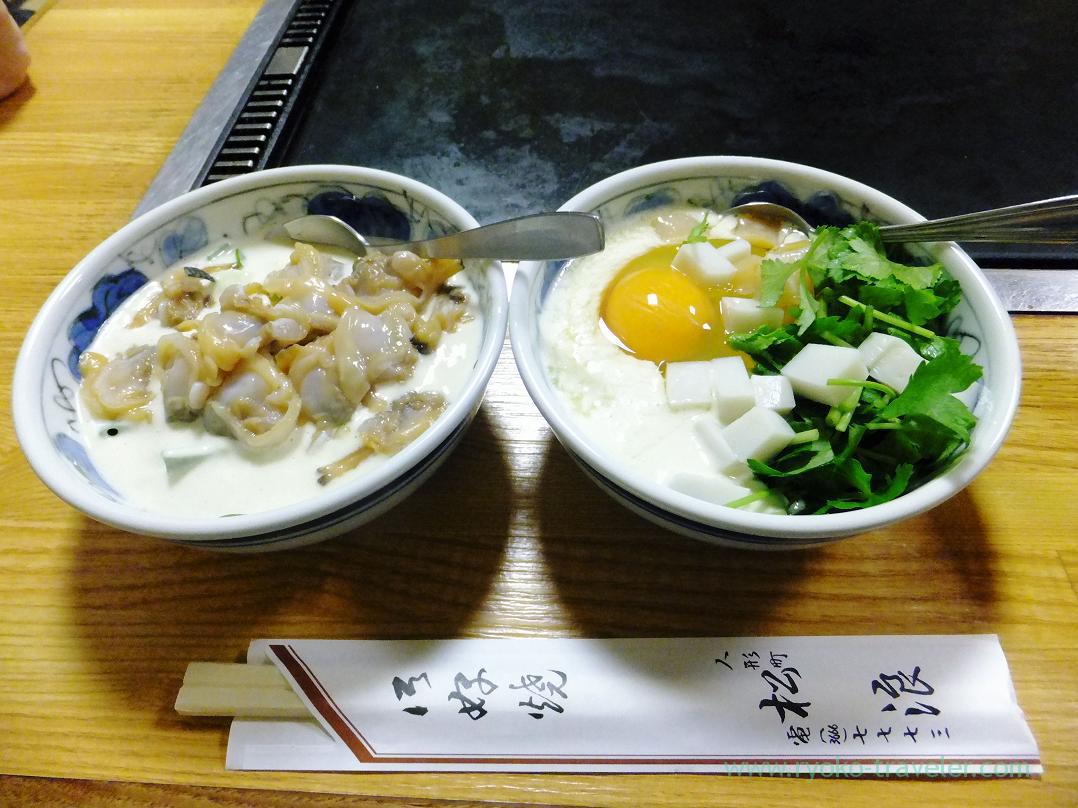 Matsunami-yaki have asari clam and green onions, and Naniwayaki have fish cake, Japanese honewort(mitsuba) and muscle of the clam.
The ingredients are differ from Kansai-style.  It looks like monja.
The way of grilling is same as the Kansai-style, but it looks lighter than Kansai-style. 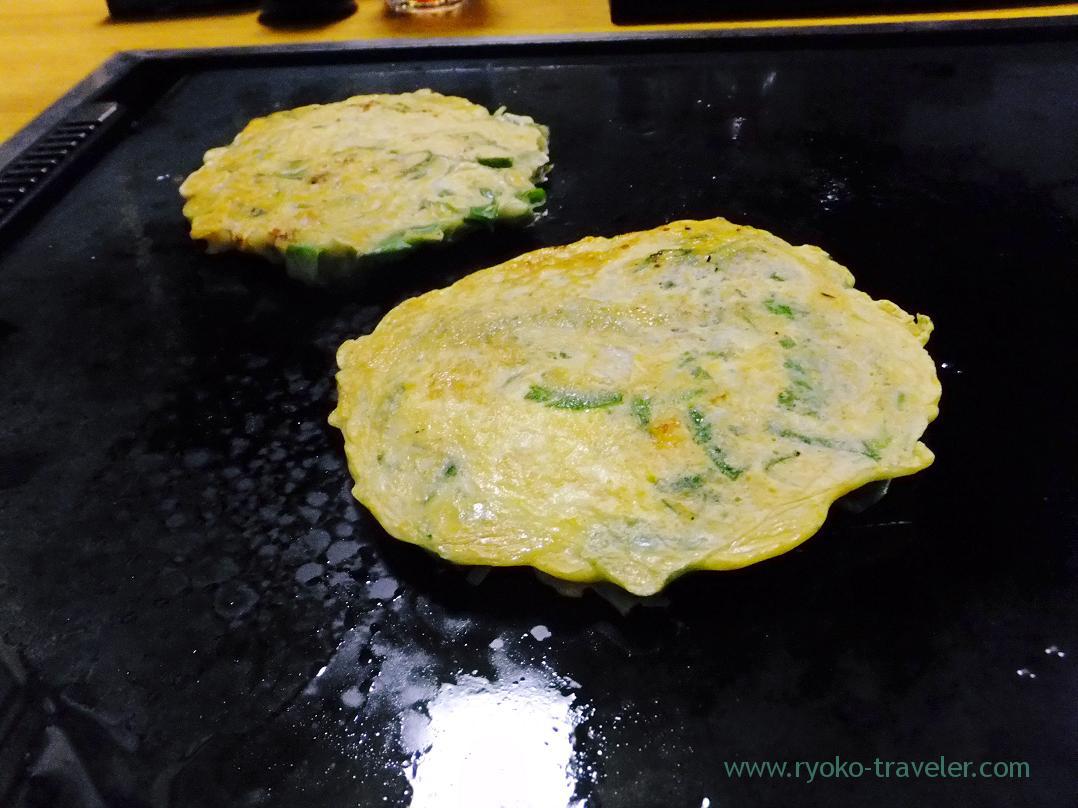 And we put soy sauce on it, not Worcestershire sauce like Kansai-style ! 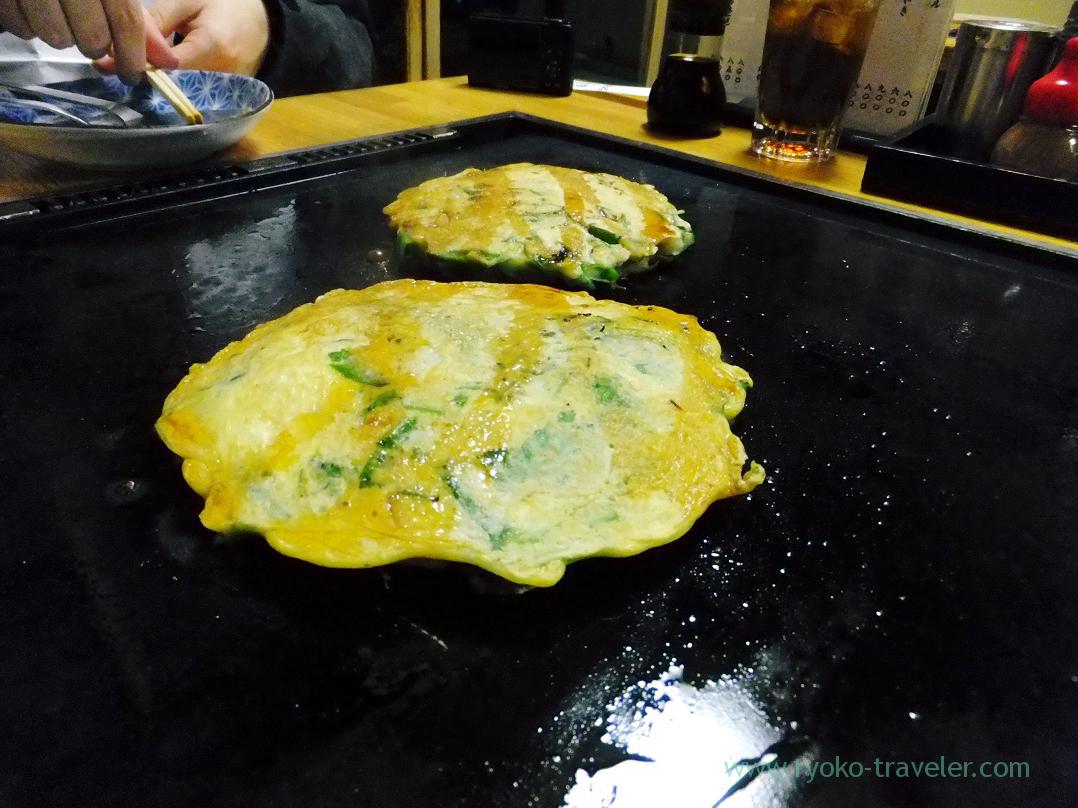 And we ordered fried squids with butter (生イカバター, 750 yen) 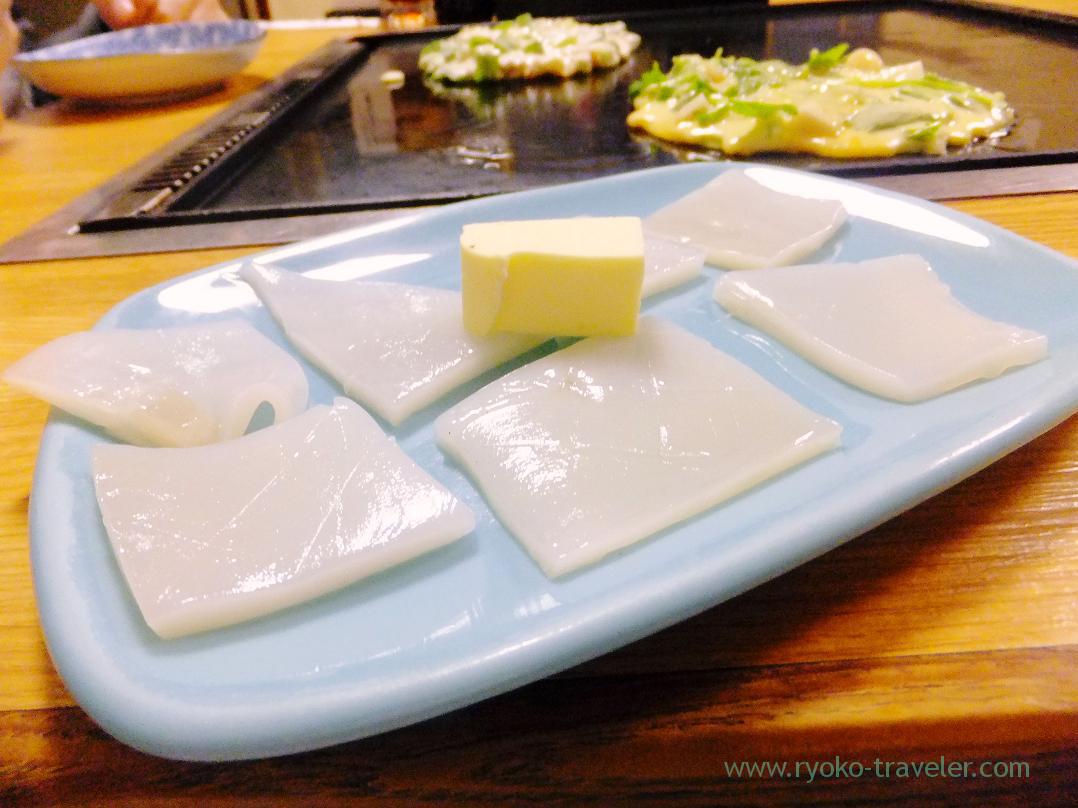 Of course it was tasty, but I think 750 yen is expensive for it. I know it is long-established restaurant in Ningyocho….but…

There were “oyster” on the menu, so we ordered it, but we couldn’t get it because it was for reservations only that day.

Finally, I visited Ginza Hachigou (Ginza Hachigo / 銀座 八五) that I had wanted to visit for a long time. They were open in...

I had something to do at Ningyocho the other day, and I dropped in at the shop to took a rest. Morinoen It is karaok...
Tsukiji : Seasonal Azuki Latte at Turret coffee
Tsukiji : Sashimi bowl at Hashiba (はしば)