Oyster rice, this year, too

I went to Isonoya, inside Tsukiji Market after a year absence 😀 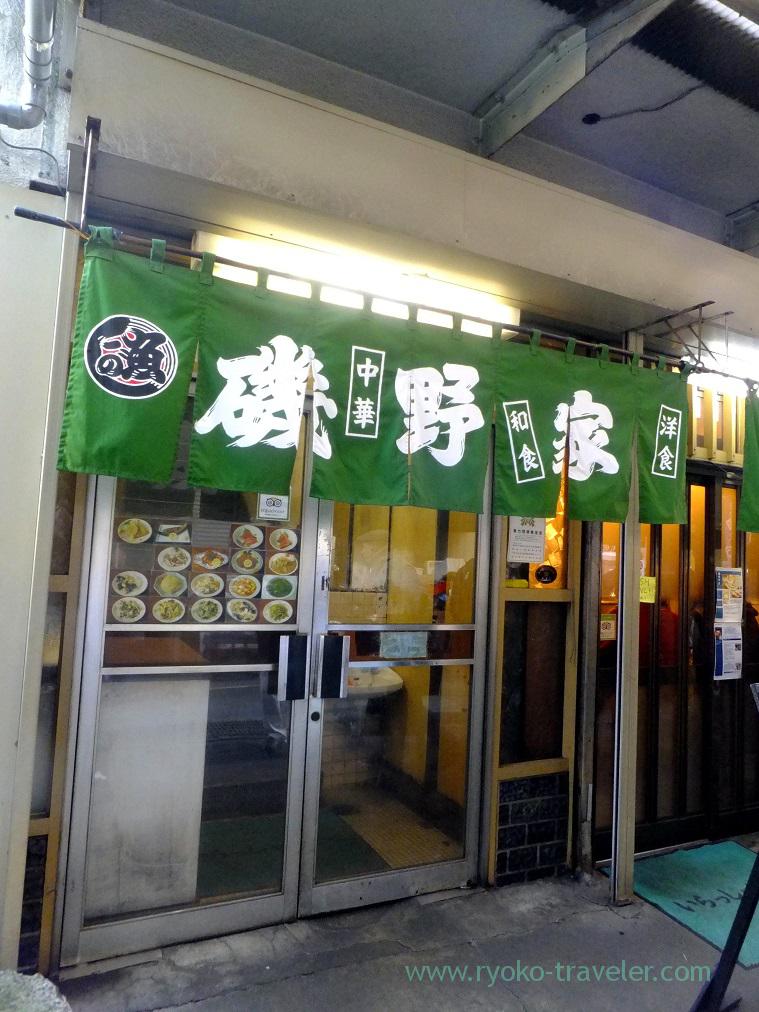 Their dishes are divided into three main classes. Western, Chinese and Japanese.
But people take delight in Oyster season because Isonoya serves oyster rice (かきめし) (rice cooked together with oyster meat). Needless to say, me, too ! 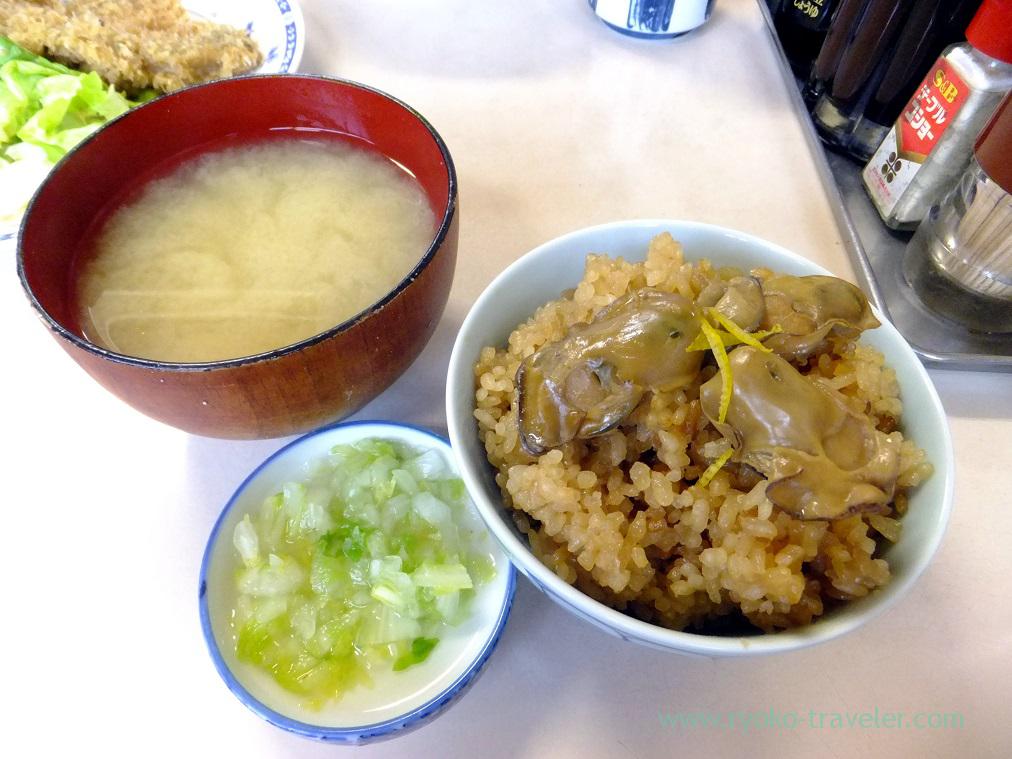 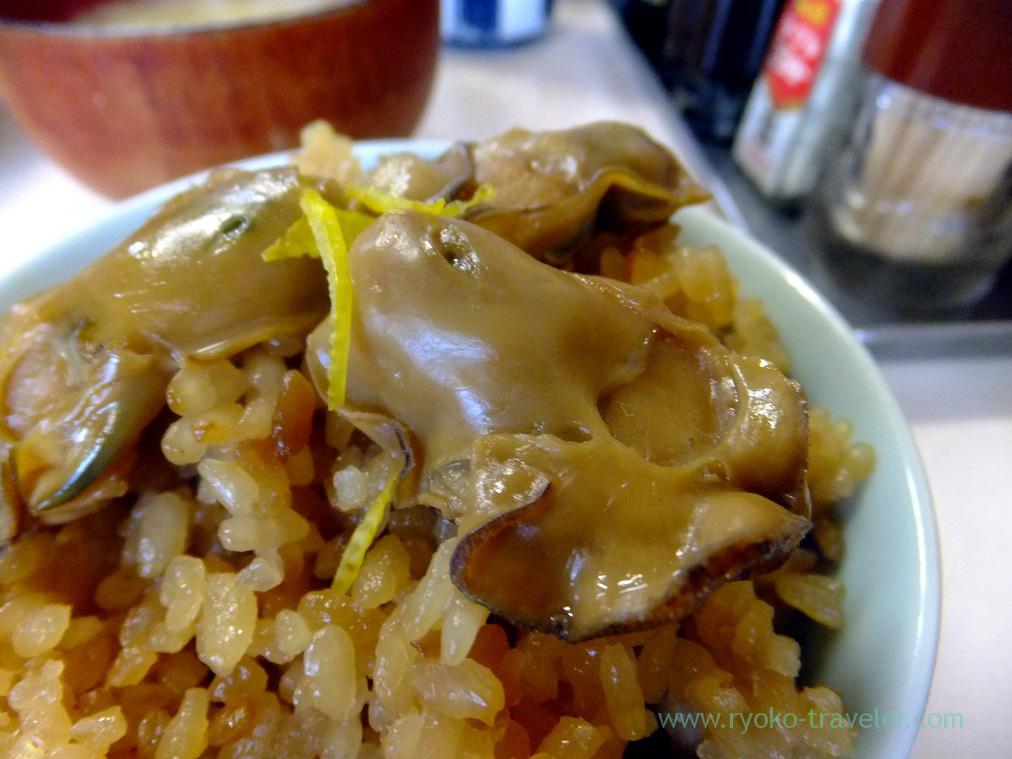 Three oysters on it. It had soy sauce flavor. 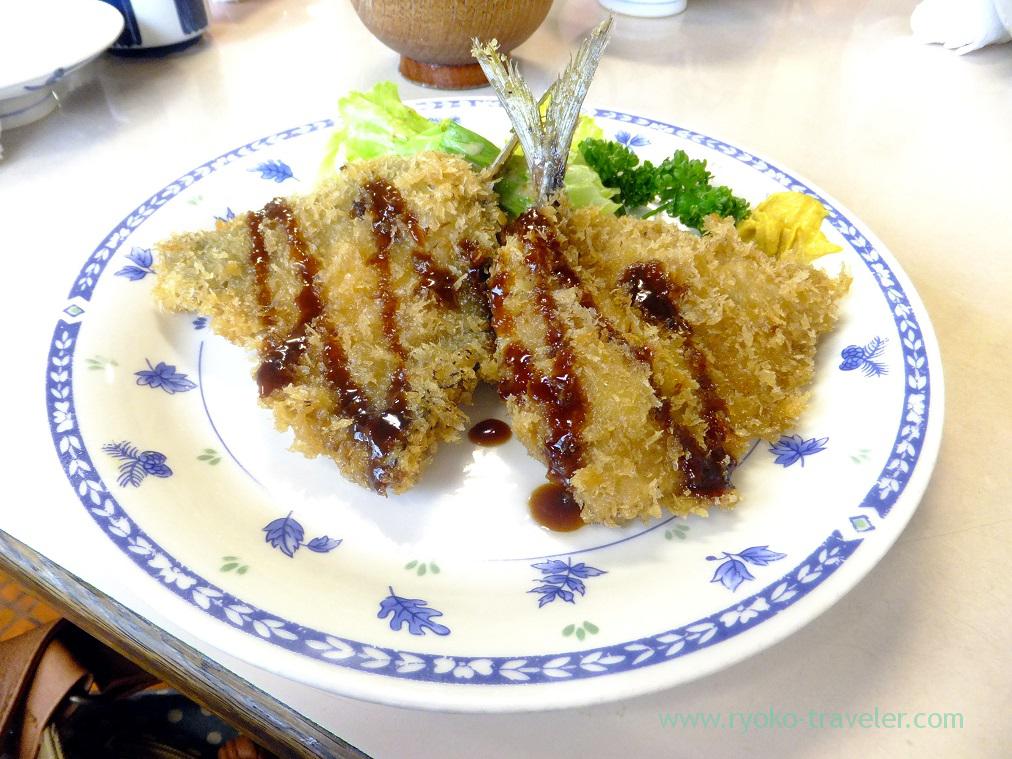 Compared with Yachiyo and Odayasu’s horse mackerel fry, it had heavy oily coating, but at the price, that’s no problem 🙂

My friend ordered this. Noodles with leek (ニラそば、735 yen). It had violent green, but it had lightly taste. 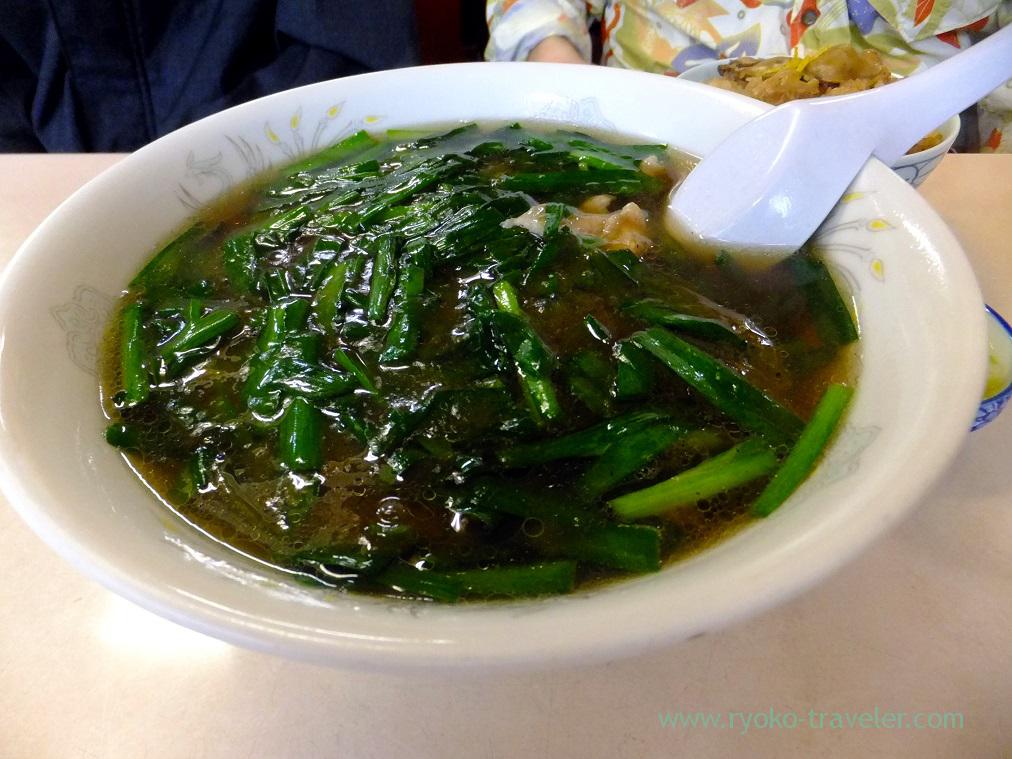 I want to try it next time 🙂