So, I choiced from my wanted list about foods of Tsukiji.
And I decided going to Isonoya
This was the first time eating at Isonoya.
There are three kinds of cuisine chefs – (Japanese) Western cuisine, Chinese cuisine and Japanese cuisine.So, there are so many dishes on the menus. 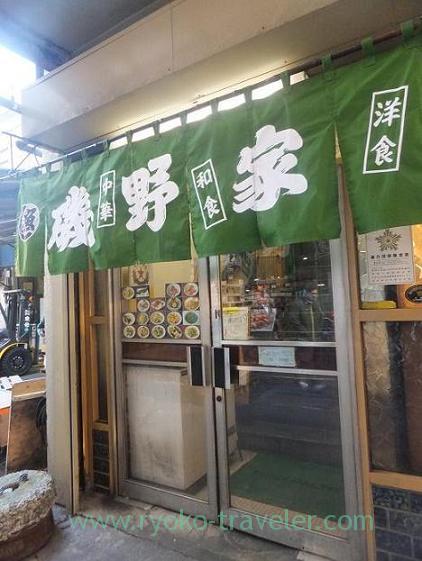 But speaking of Isonoya, Kakimeshi is the most popular dish in the shop.
Kakimeshi is oysters takikomigohan. I ordered a large one.

Green tea was served in such a cool teacup. 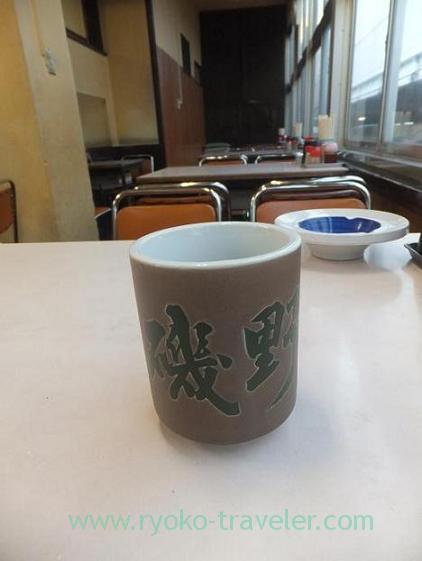 This is the kakimeshi with pickles and miso soup. 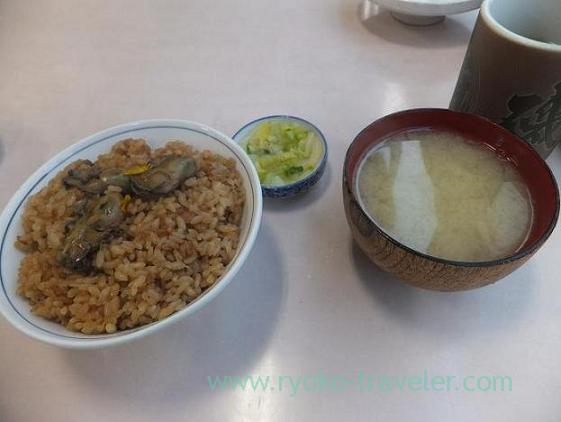 Too large for me. I managed to eat up.
There were five oysters but these oysters weren’t big yet. I heard oysters this year are hard to bigger. I expect that oysters gets more bigger after the New Year.
Yuzu peel smelled good. 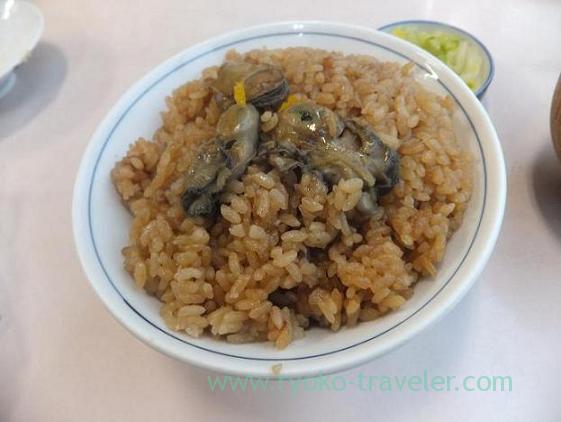 Well, I often got sick this year. Those were psychiatric disorder, I think.
I’ll try to remove those reasons for easiness one by one, bit by bit.
Anyway, I have to find a new job X-< 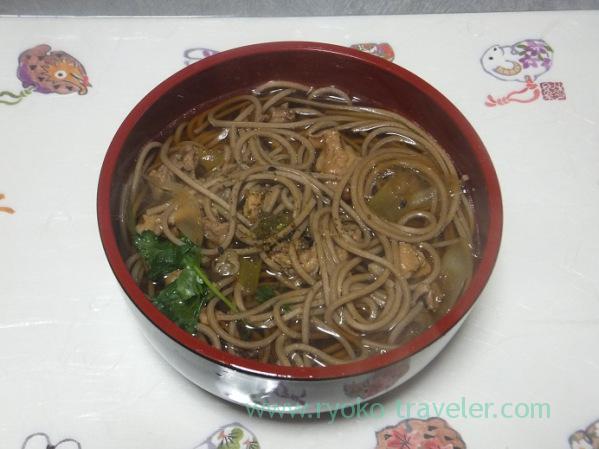 This dry soba has already passed the freshness date.But I ate up 😛

May next year be good one.
No, I’ll do good one.

I won’t be able to count down to Next Year this time, too. Good night.

We need cold sweets in such a muggy summer (Funabashi)

The hot and humid days continue. The temperature went up to almost 40 degrees Celsius (104 F) around here a few days ...

I have to find some good lunch spots along the street ! One day under the brazing sun, I went to Uokame to have lunch d...

Not just fish but also vegetable ! I took breakfast at Yonehana in Tsukiji Market after a long long interval ! Ente...