After I got back from Diamond Head, I dropped in at Kahara Mall and did some shopping 🙂
I bought too much, especially coffee. I bought much coffee at Long’s drugs. So my suitcase got so heavy 😛

Honolulu 2014 (3/7) : Diamond head
I'll never forget the view from Diamond head The second day's morning, I ate last night's leftover steak and dessert and then went toward Diamond head !!! I really wanted to see sunrise, but I ...
www.ryoko-traveler.com

I went back to hotel and I found Kalakaua street became pedestrian mall. 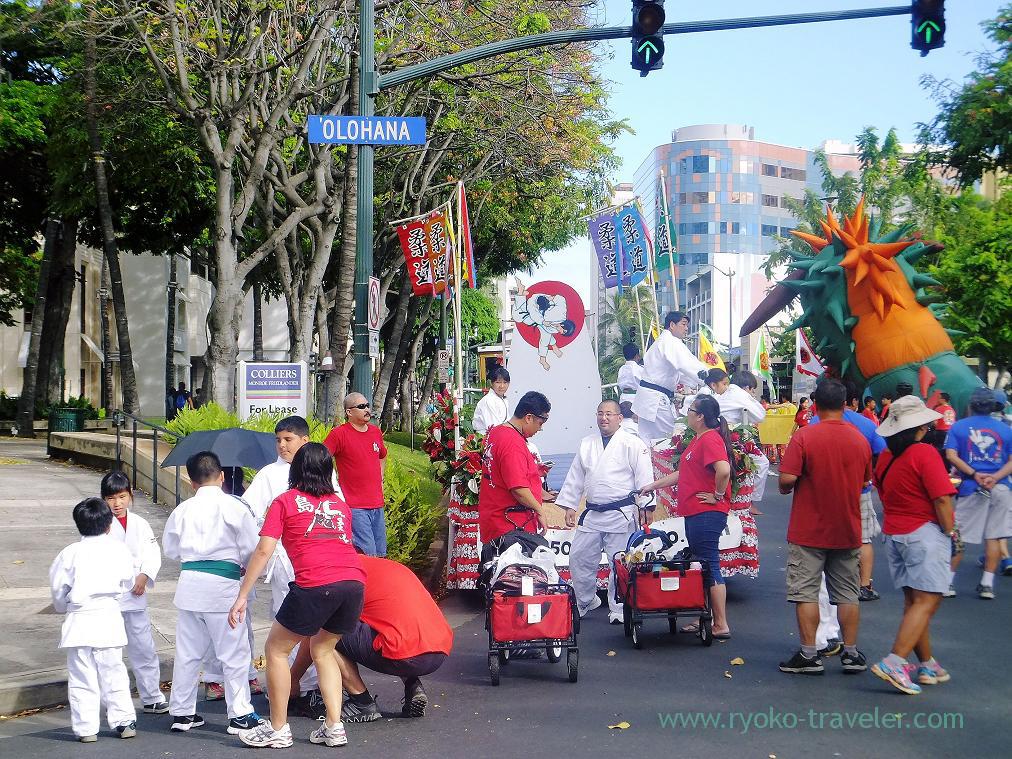 The preparation of parade has started.
Pan-Pacific festival was held while my stay in Honolulu. The parade was one of the entertaimant of the festival.

I was immensely curious about the parade, so once I went back to my hotel and then came to see the parade again.
I found it was Yuru-kyara (Japanese local mascot characters) parade !! 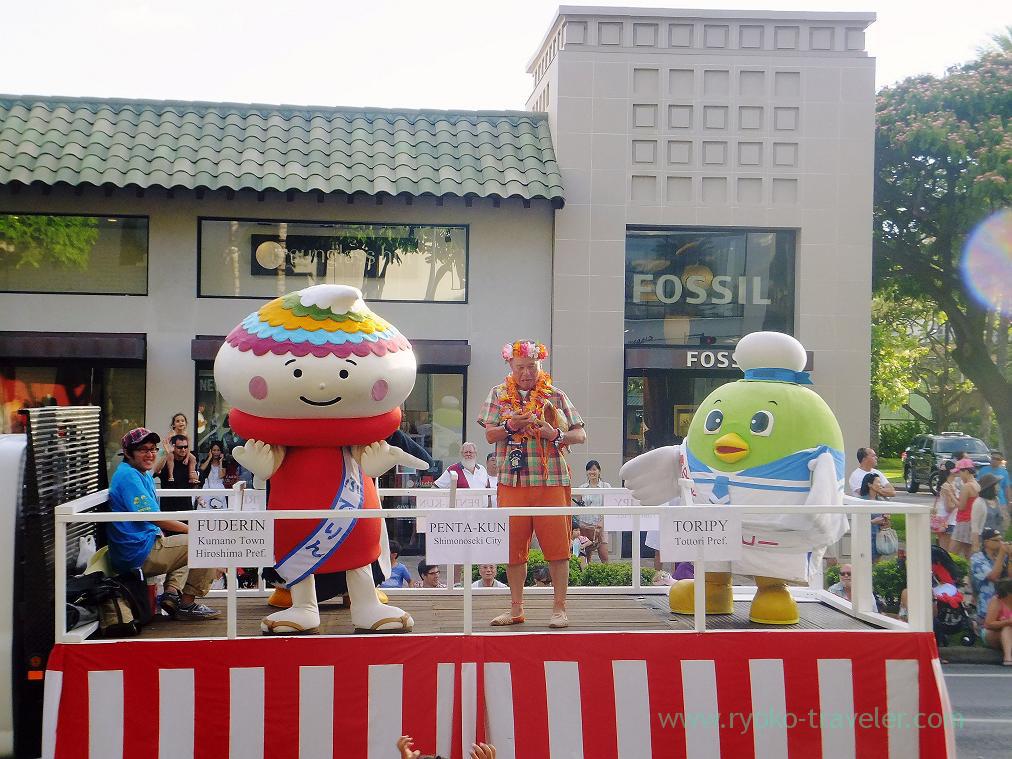 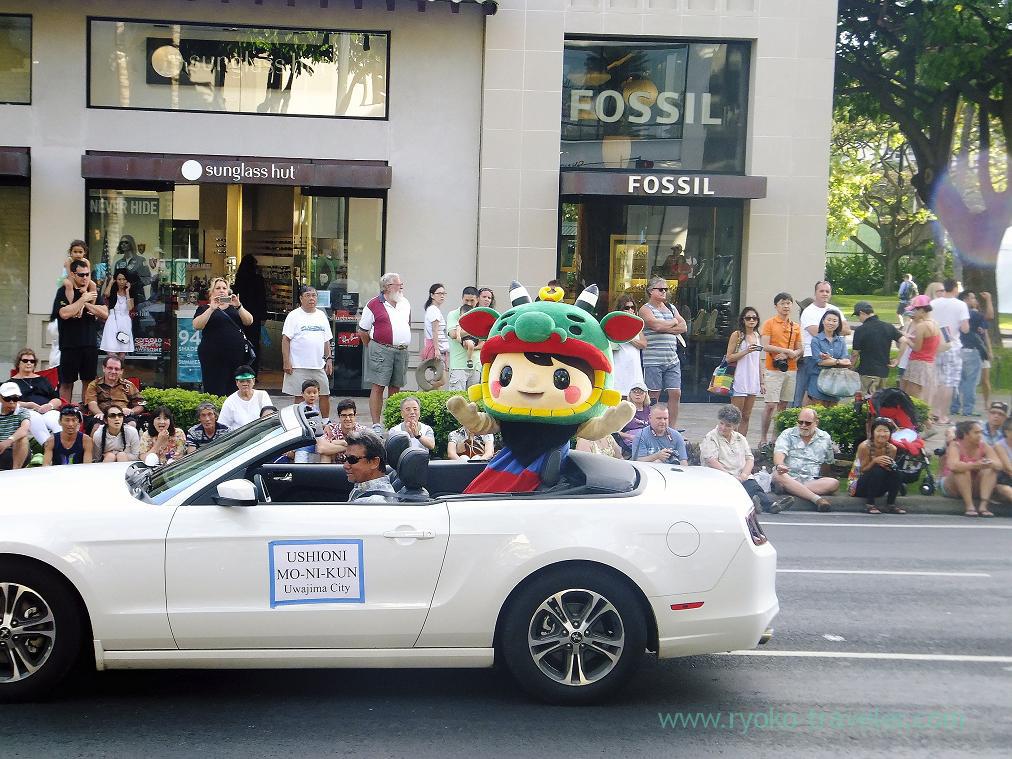 After seeing the parade, I bought my meal at here. Sam’s kitchen. 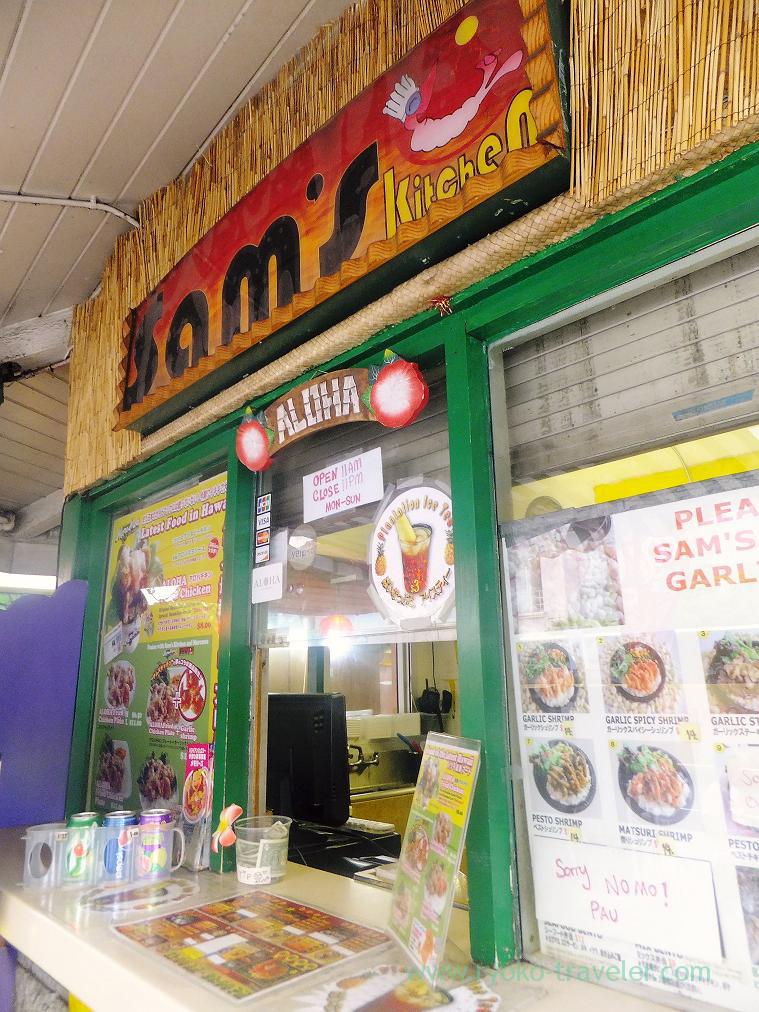 That day, I ate night meal in my room. I wanted to eat garlic shrimps !!! This spicy garlic shrimps set ($14) was so tasty. I didn’t like the rice, though 😛
And also papaya bought at Henry’s place was my dessert 🙂 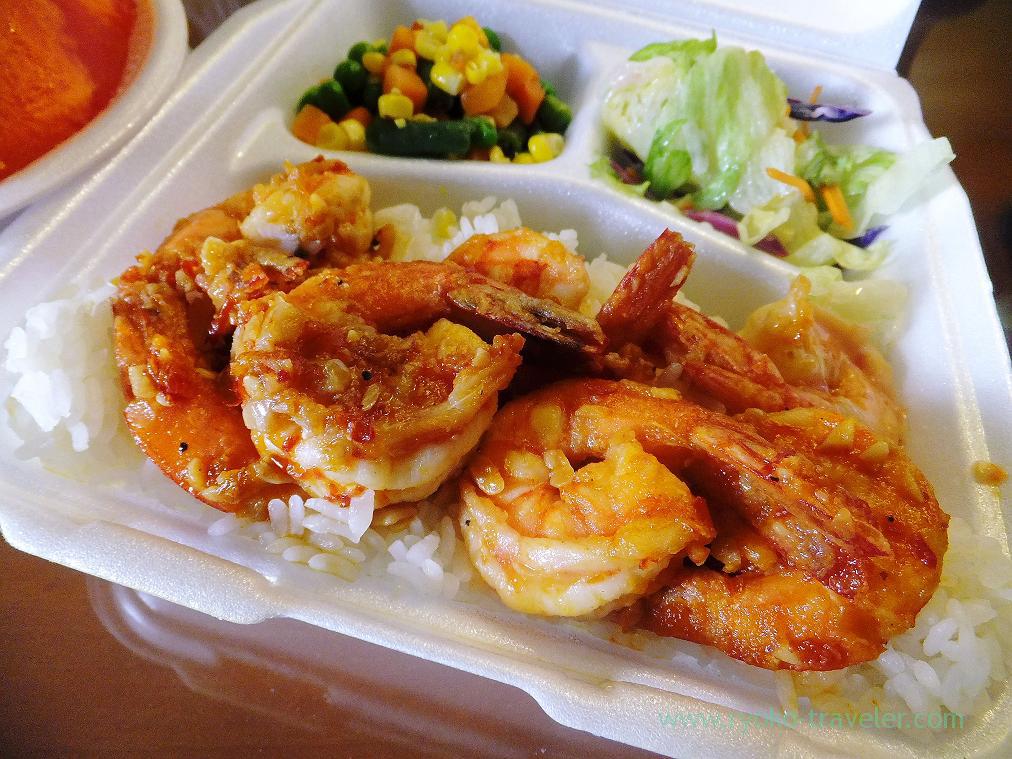 After taking a nap for a while, I went out to Kuhio Beach Park around 6:30 p.m for seeing sunset hula at Kuhio beach park (Kuhio Beach Hula Show). 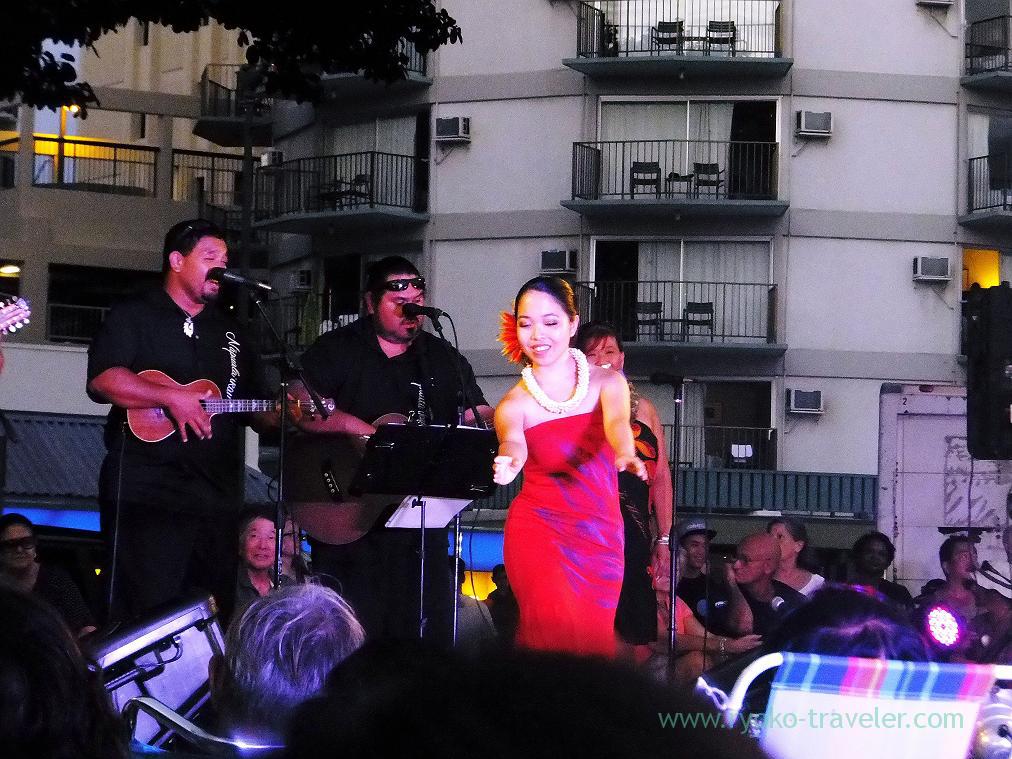 When the show was over, it was getting dark. 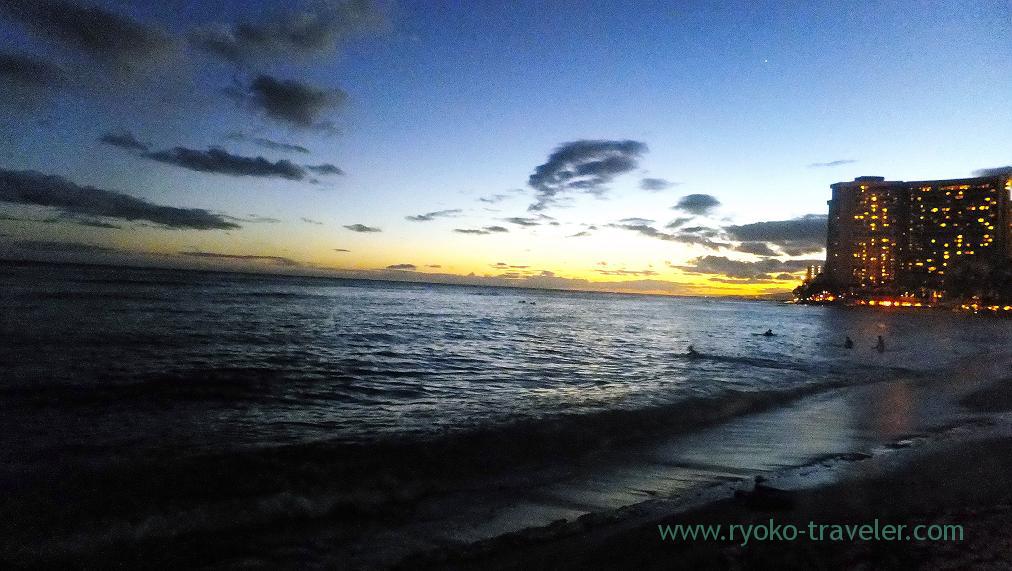 I strolled around Kalakaua street. Still so many people there. I was feeling very happy just strolling around the busy street.
After that I had a coffee at Honolulu Coffee within Moana Surfrider Hotel and then went back to my hotel around 10 p.m. 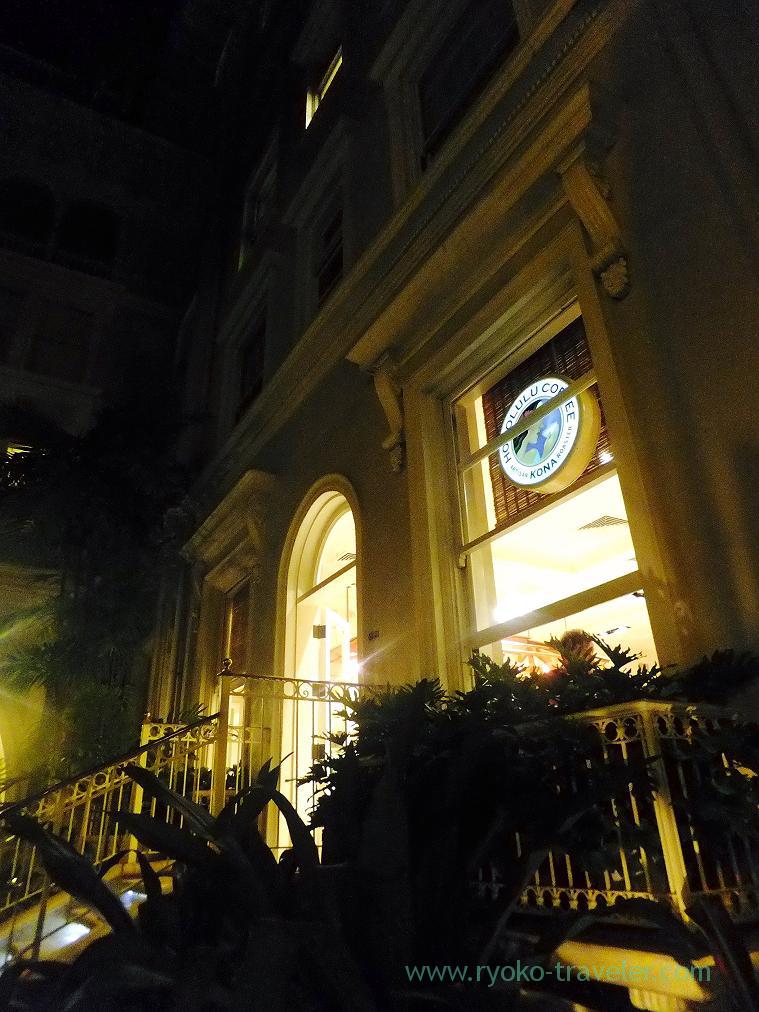 Though it was late at night, still lots of people were there 🙂 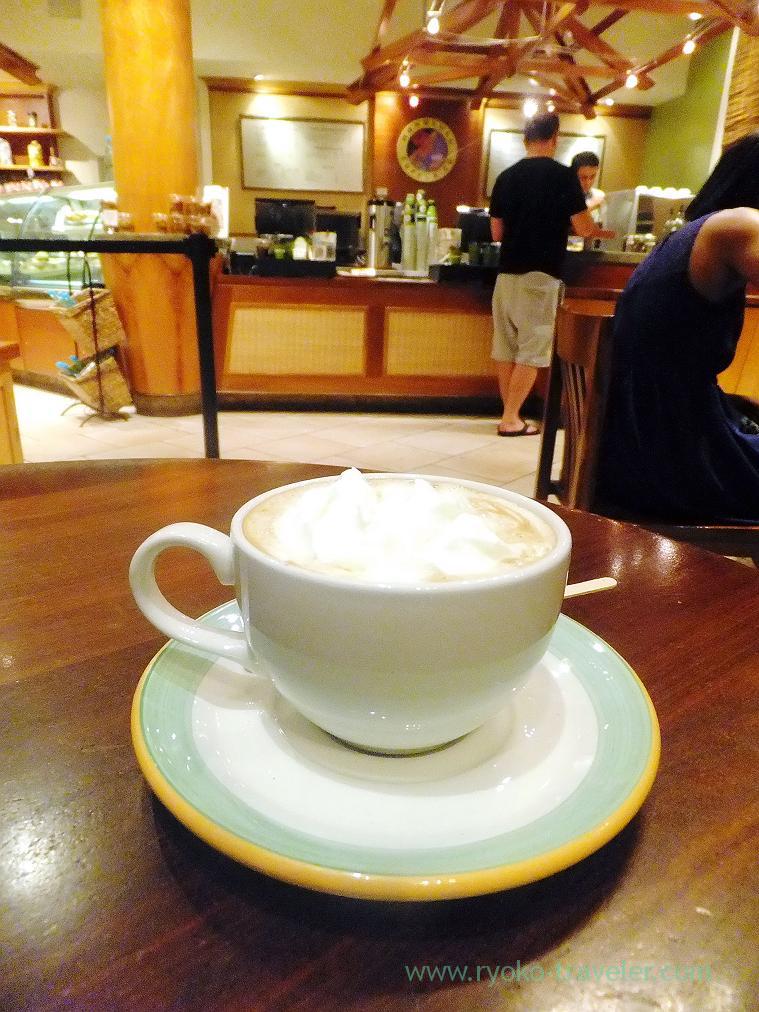