I posted about how to get to Nakaoroshi Suisan Uriba bldg (Wholesales of seafood bldg).

Though Sushidai have much people waiting as well as in former Tsukiji Market, Fukusen don’t show their menu outside and there’s calm atmosphere as usual.

Fukusen have some tables having two or four chairs and some counter seats.

Counter seats. Simple but cool. They serve hot green tea, but water is at the corner of the counter table. You can take it if you want some. 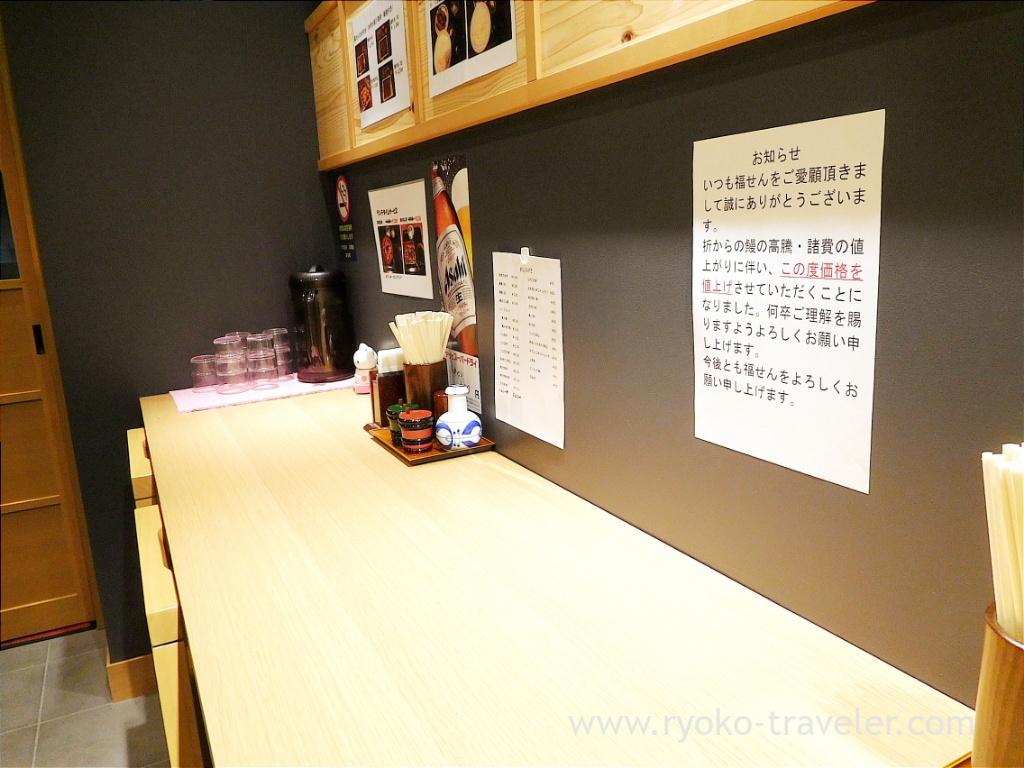 Seasonings on the table. Sansho pepper, shichimi pepper. Nothing has changed.

They brought this wooden signboard and menus from Tsukiji Market. Cool. Those added their simple interior more historical atmospthere.

Though there’s wooden menu, there’s paper menu like this on each tables.
Almost all foods are on the menu, but price of many foods raised because of the rising price of eels. 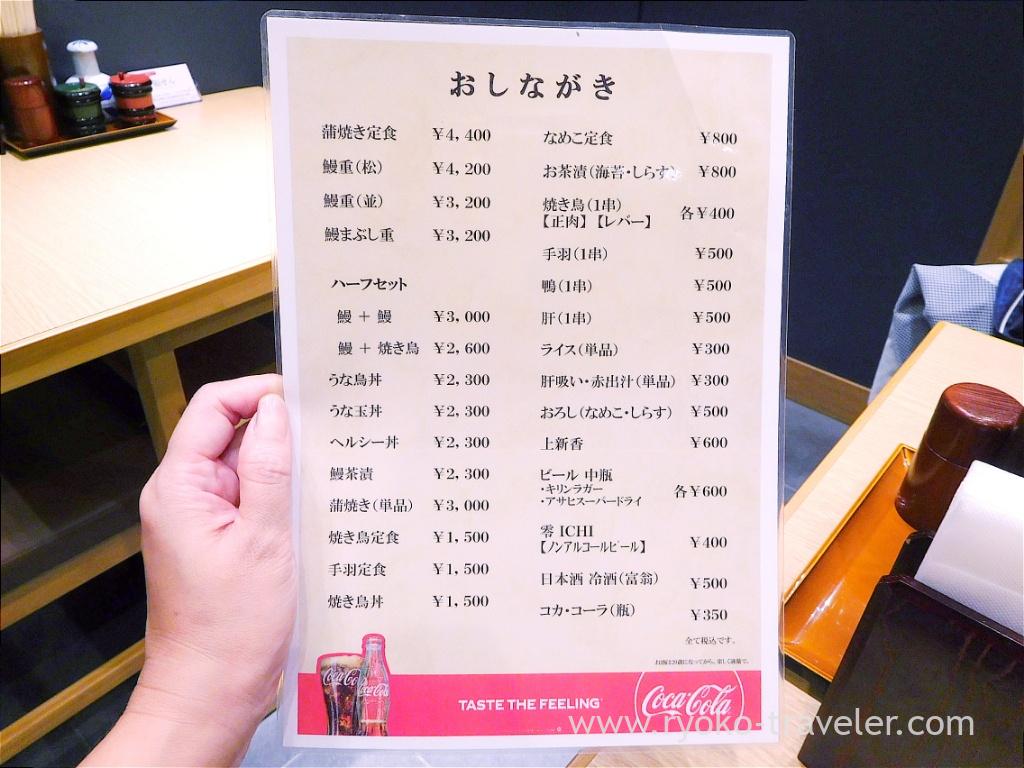 Breakfast and Japanese sake at Fukusen is great all the same !
Though I intended to order two yakitori and eels liver. But ordering yakitori separately is rather expensive, I thought. So, I ordered yakitori bowl (焼き鳥丼, 1500 yen), Eel’s liver (肝焼き, 500 yen) and after, Japanese sake (日本酒, 450 yen) 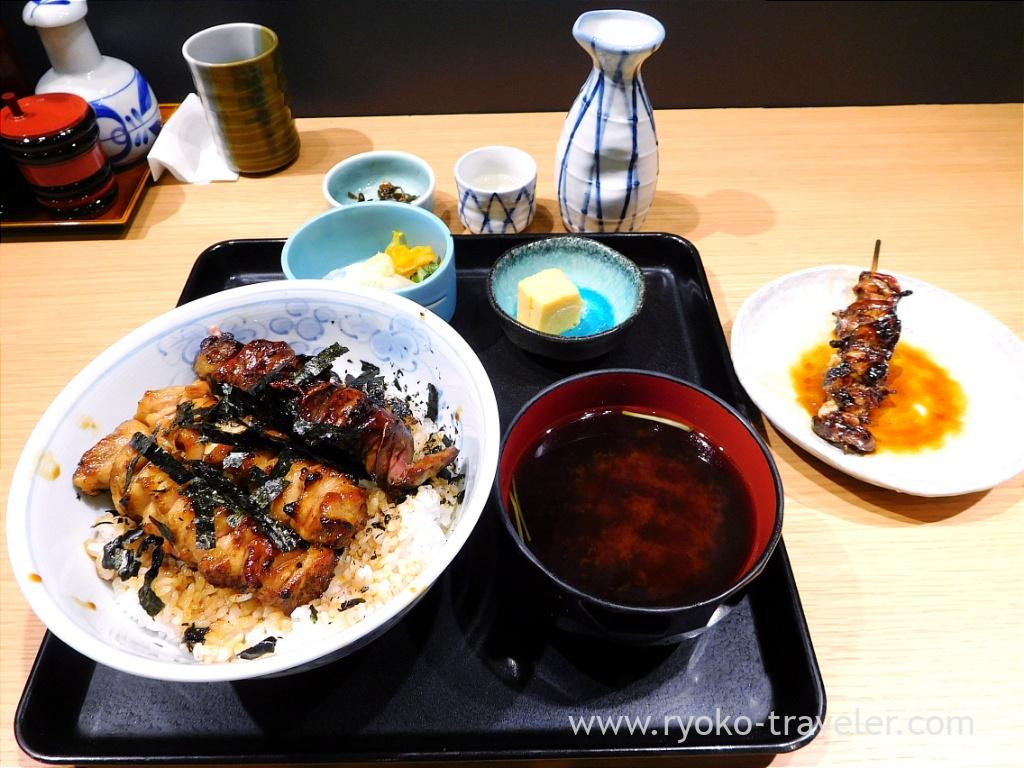 At first, I ordered yakitori bowl and eel’s liver. I didn’t intend to have alcoholic drinks.
But a few minutes later, I felt like having Japanese sake all the same. Here’s Fukusen ! I took a day off ! There’s no choice but have Japanese sake in the morning ! 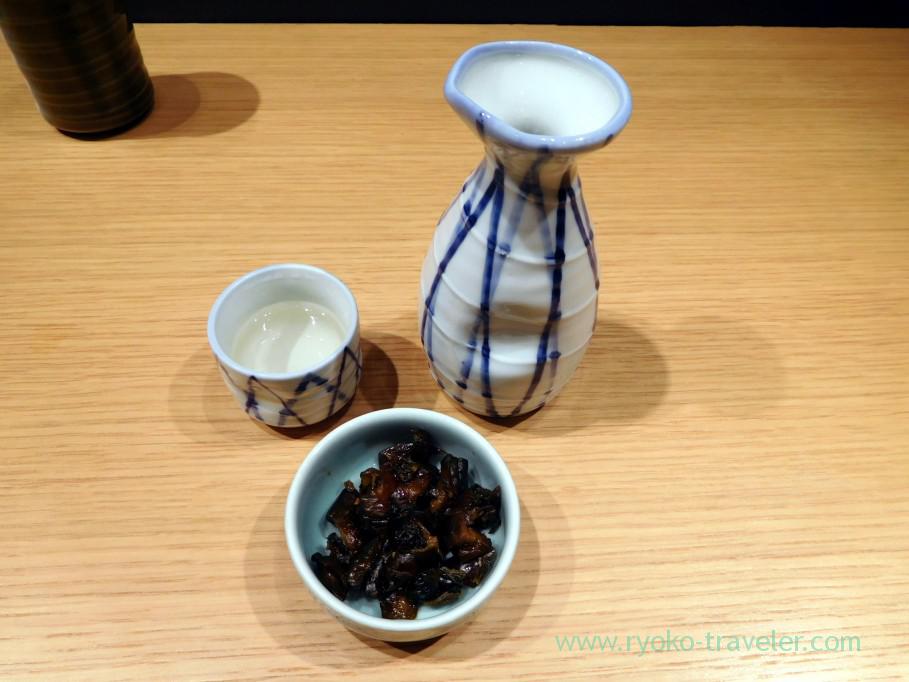 It have pickles, tamagoyaki and miso soup. I recommend their liver yakitori. So soft and there’s no bad smell. Chicken meat and its skin yakitori have springy texture. Everything it good. The sauce is rather sweet. 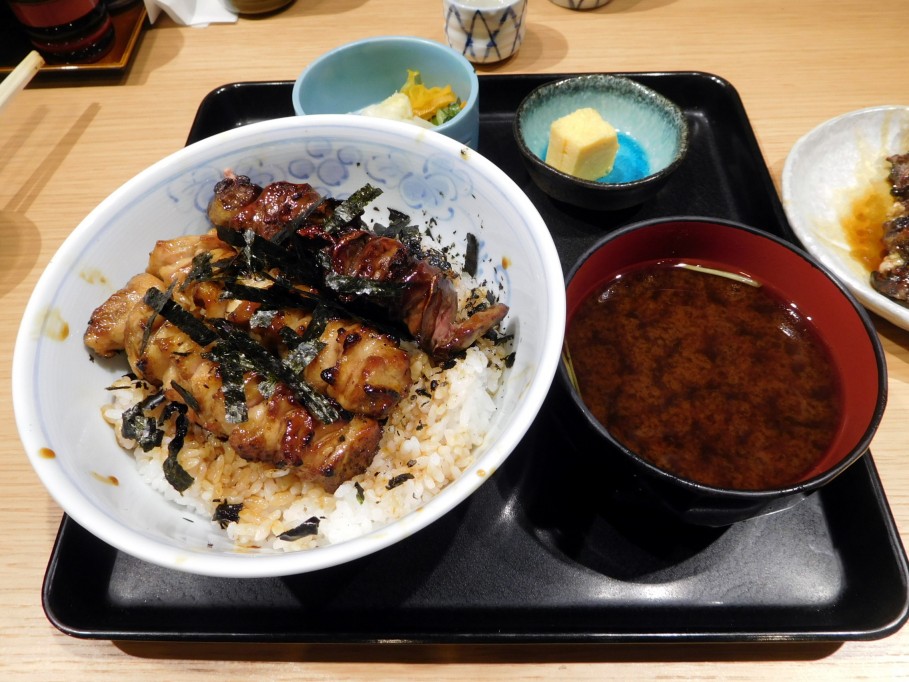 They have changed their cooking tools, so yakitori become softer and juicy than they were in Tsukiji.

If you want to have rice and yakitori separately, there’s yakitori and rice set 🙂
I posted about this food when I had it at Tsukiji Market. Please see it.

(Moved) Fukusen (福せん) in Tsukiji Market
I often go to Tsukiji for breakfast, but I always go to same places (Yonehana, Odayasu, Torito and so on) So, I asked t...

Most simple noodle ever for me. My friend said that he want to eat "Chinese noodles dressed with oyster sauce", so we...