Moving to Bukhara from Tashkent by air early in the morning.
I had a breakfast about 6 a.m.
Hard bread, it was not good, but honey and blueberry jam were very good, so I spreaded the bread with the honey and jam very thick.
I heard the cheeses are very inexpensive and good before the trip , but it’s tasteless.
It is merely milk constituent hardened. Surely, it’s inexpensive.

Our airplane is propeller planes. This airplane, very very terrible.
The plane showed sign of takeoff again and again, but didnt take off each time.
We managed to takeoff after all.
But, it went down slowly, and heeled over.
Luckily or unluckily, I could see propellers from my seat very well.
There were strange sounds from propellers,rattle-rattle, flap‐flap.
It was close to stop.

I knew that Uzbekistan domestic airlines are dangerous on the internet,

I don’t know whether or not the Uzbekistan domestic airline is really
dangerous, because I don’t know about airplanes well.
But it can be much disquieting.

On arriving Buxoro, picup car was waiting for us.
We went to Asia Buxoro Hotel. We leave our baggeges in our room, and went sightseeing.

Bukhara is very very hot, too.

the most oldest mausoleum of Islamic architecture in central asia.
This is made of baked bricks. 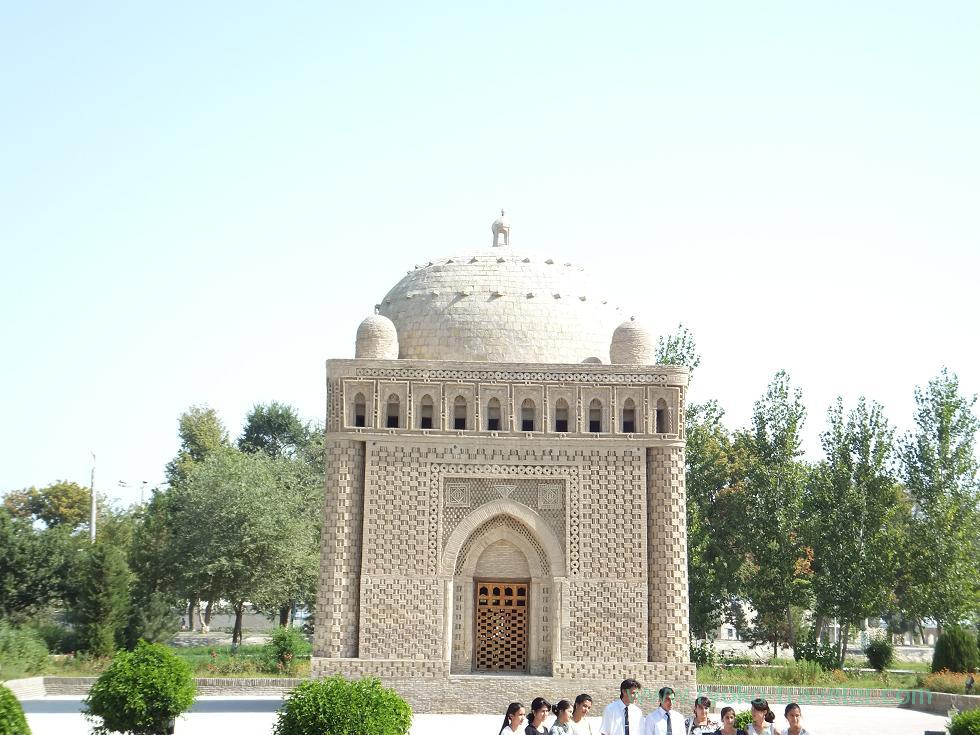 It is well ventilated .It’s cool. 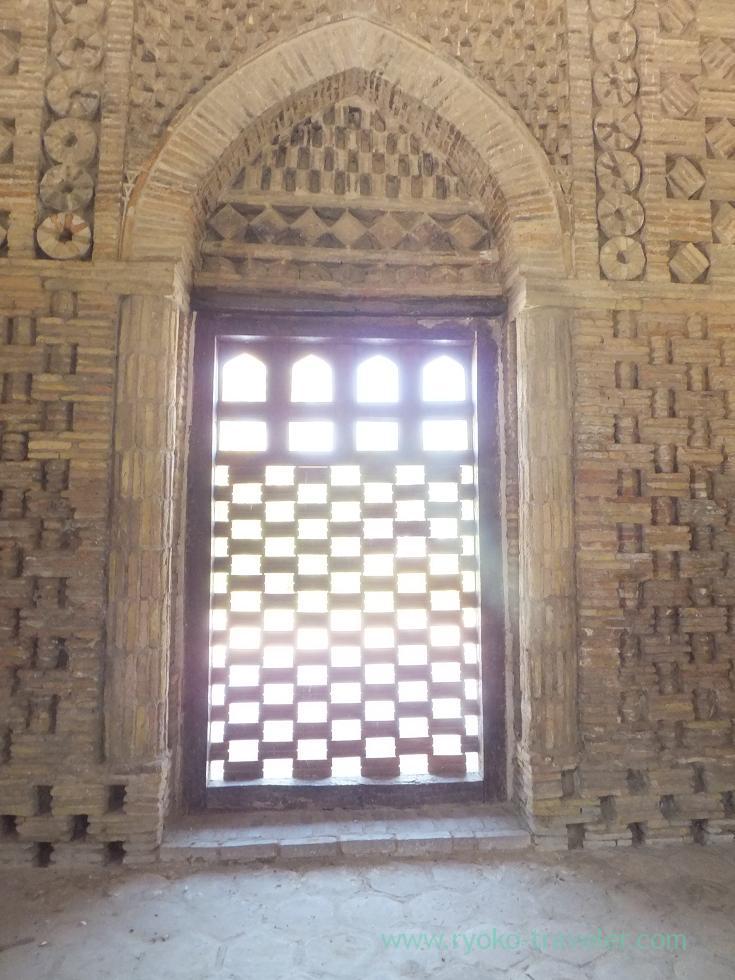 Park (I forgot the name) 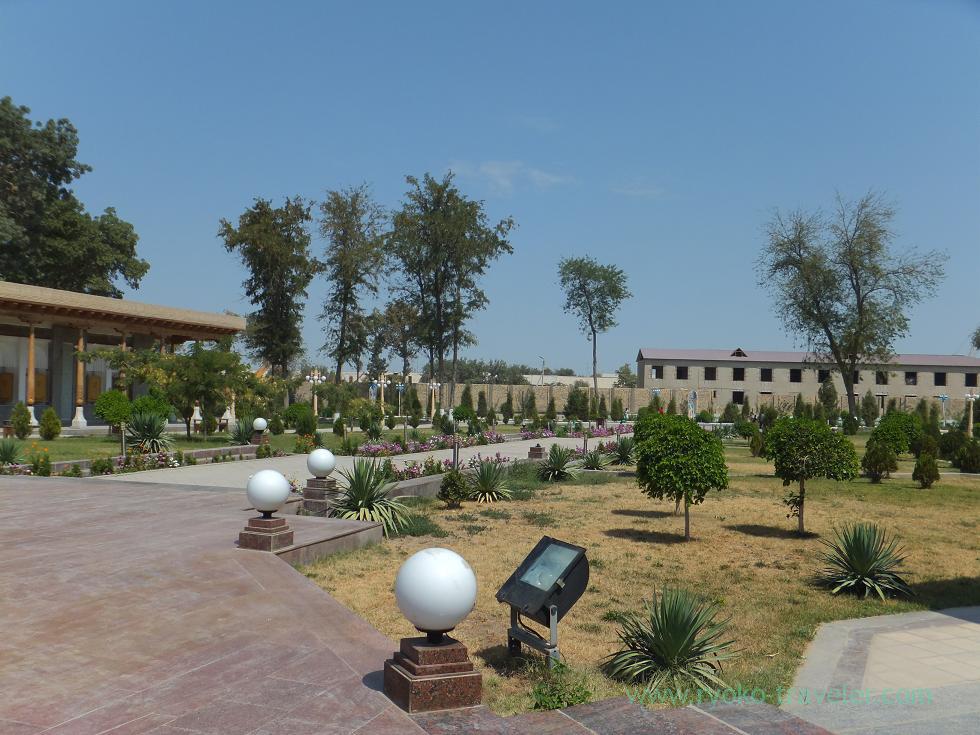 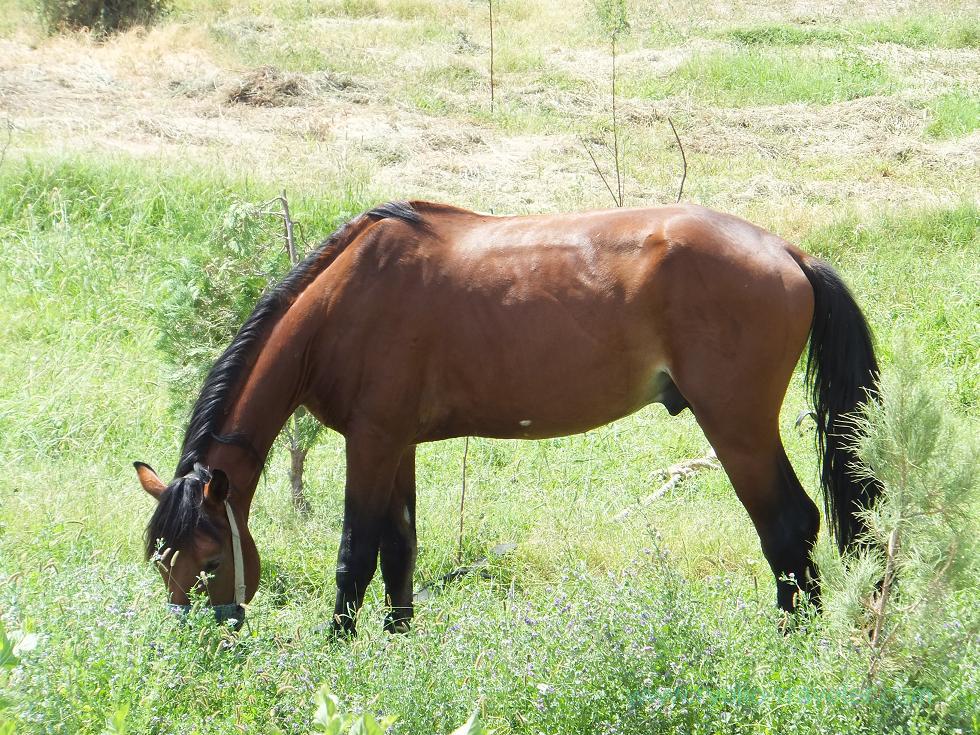 This is a It means Job’s spring( Job’s well).
This is a structure that name means Job’s(Ayub’s) spring.
There is a legend that Job beated the ground with a cane, then spring started to flowing.
Spring water gush now, too. And you can drink.
(I didn’t drink just in case.)
There is a museum of water in it. 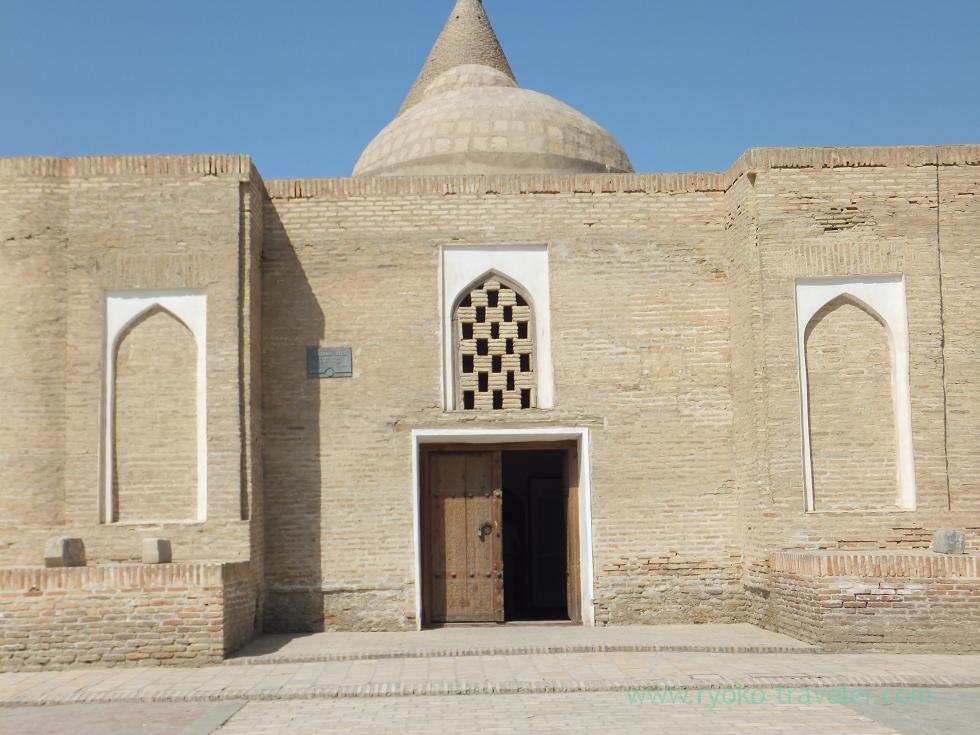 It is the mosque only for Khan.
There was a man praying in mosque in practice.
“bolohauz” means “in front of hauz ponds”.
There are no ponds on my photo, but there are ponds in front of mosque.
This mosque have 20 pillars, and this pillars are mirrored in the pond. So this
mosque is called “40 pillars mosque”. 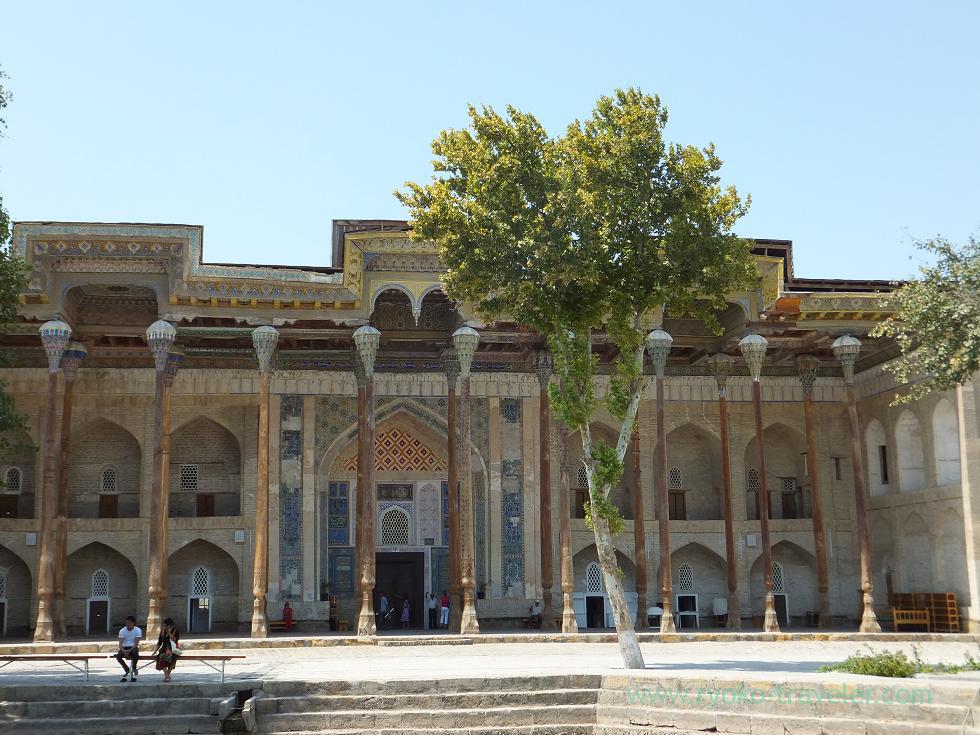 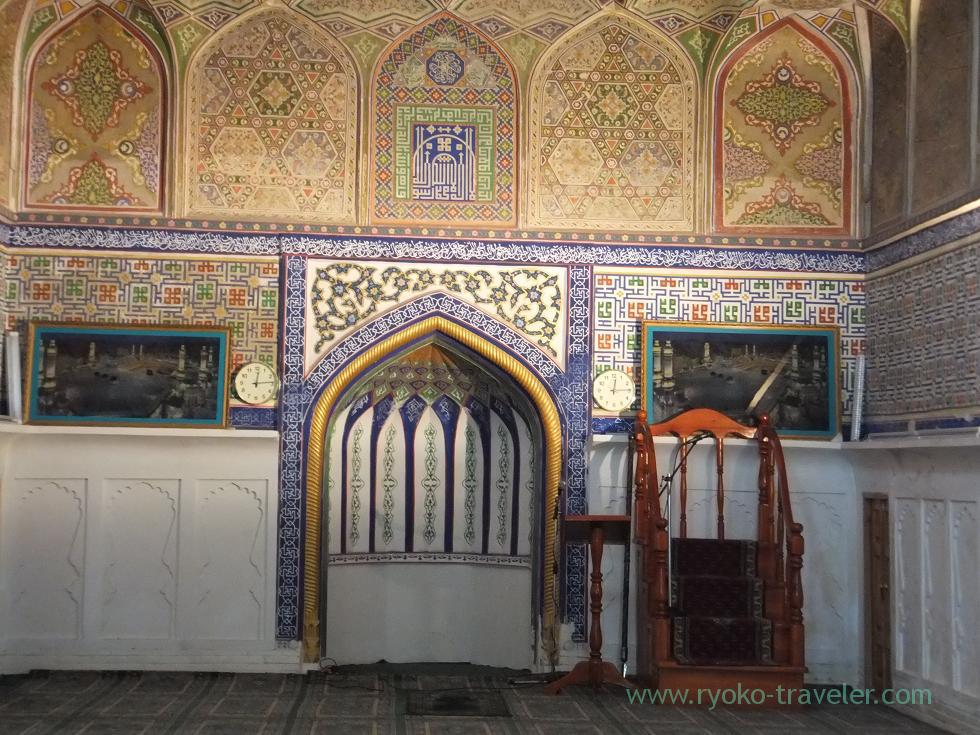 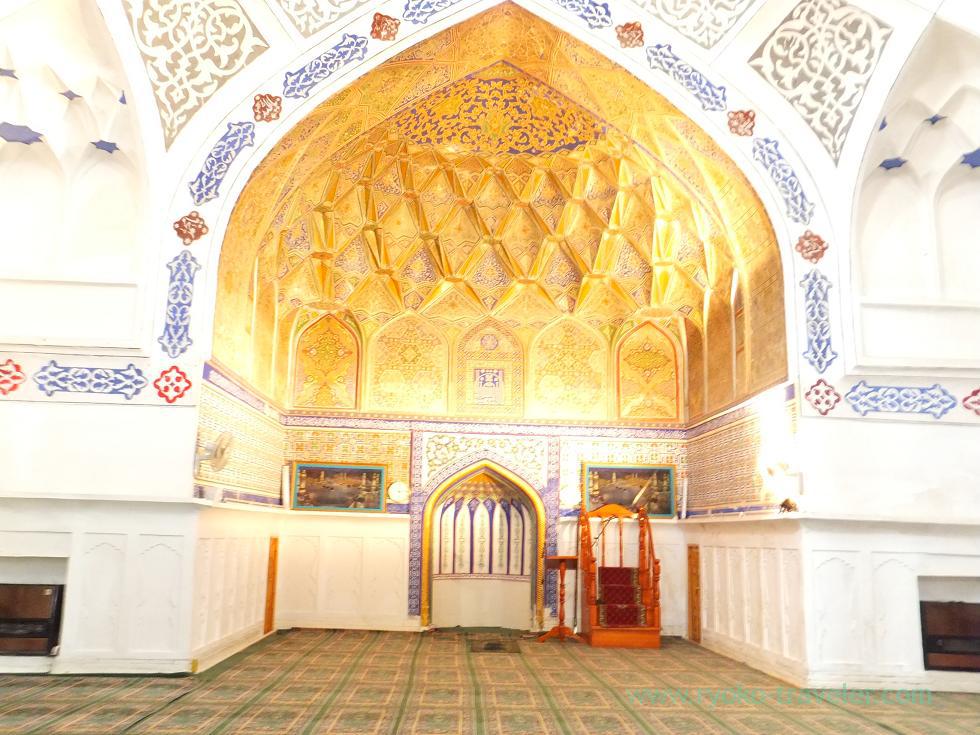 Khan’s residence castles where successive Khan instituted region of terror.
There is a duplicate for prison at the time, it’s scary.
The front is restored, but the back lies in ruins.
I knew later, we can see the back of castle with extra charge.
I wanted to see that, too. 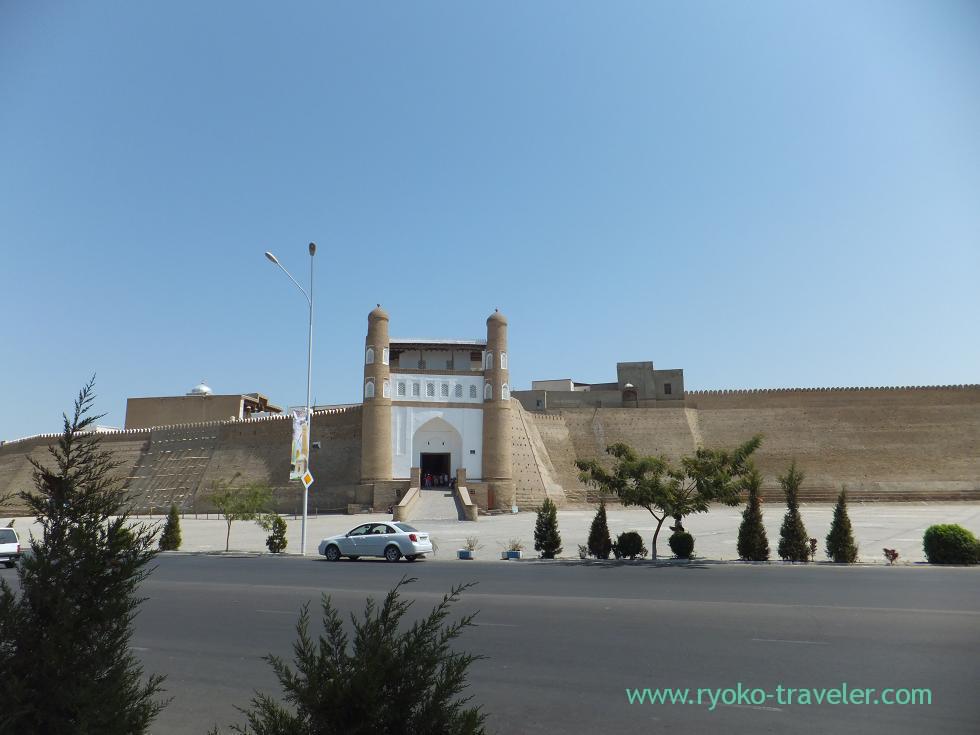 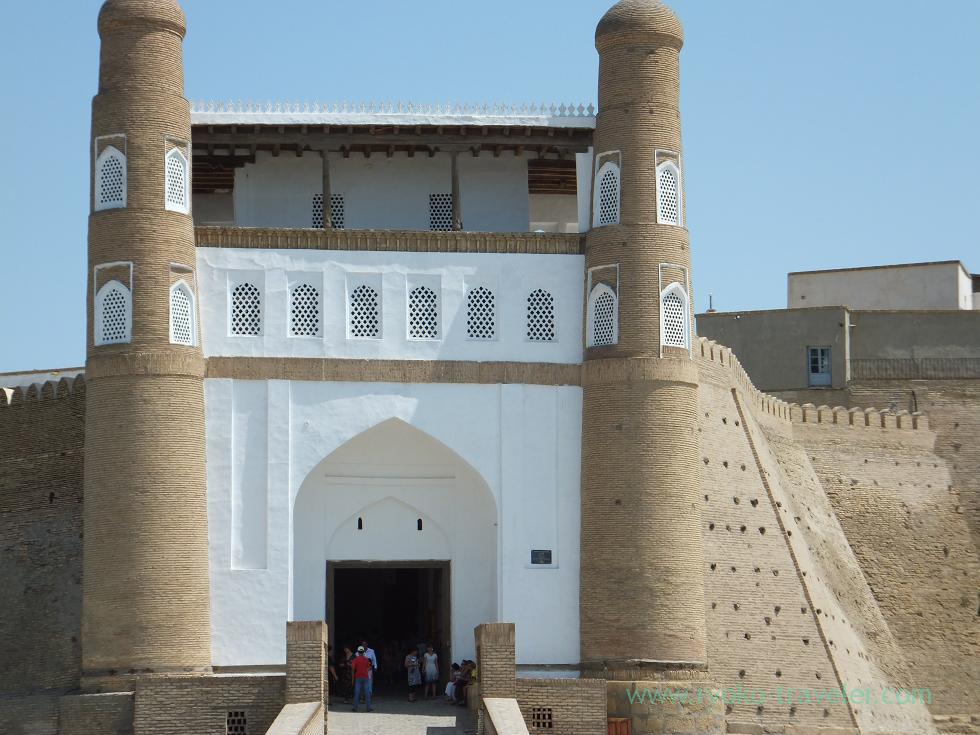 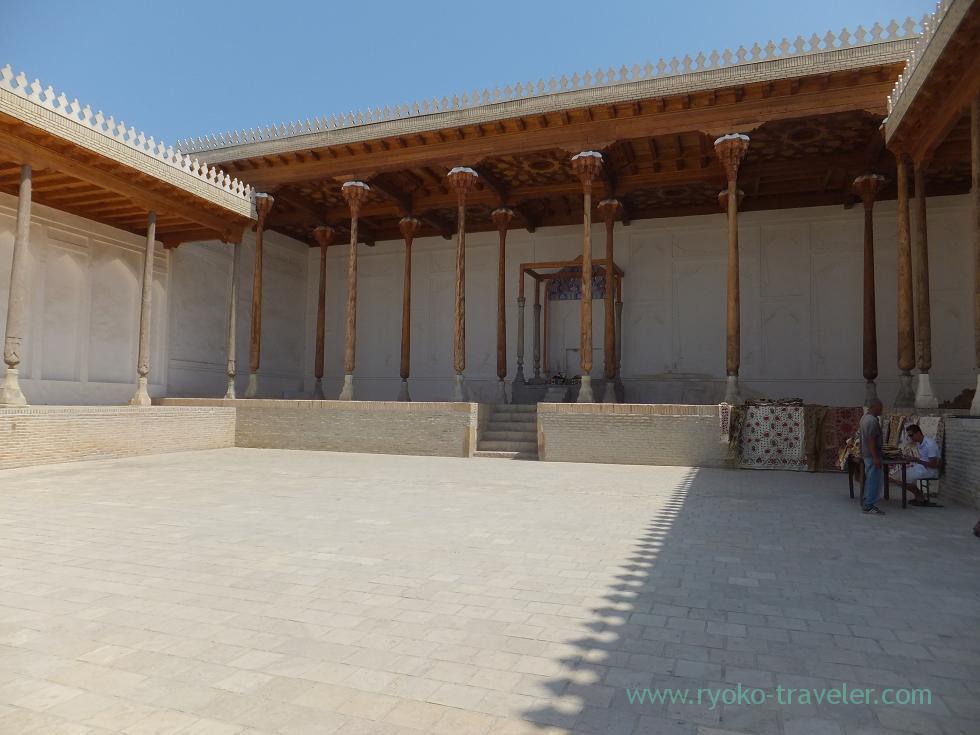 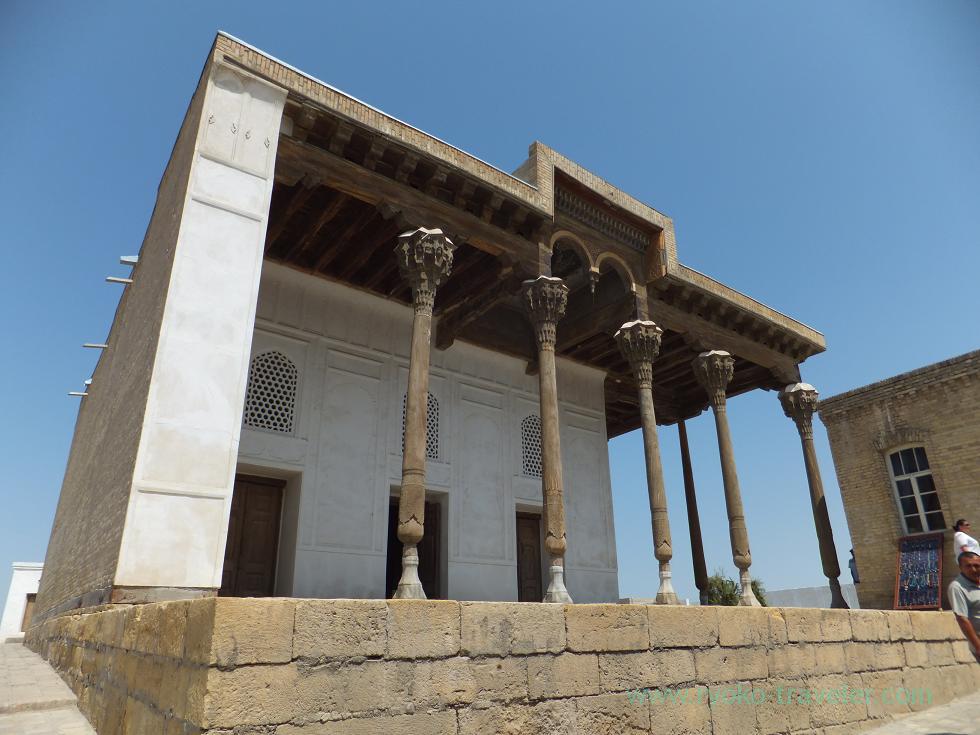 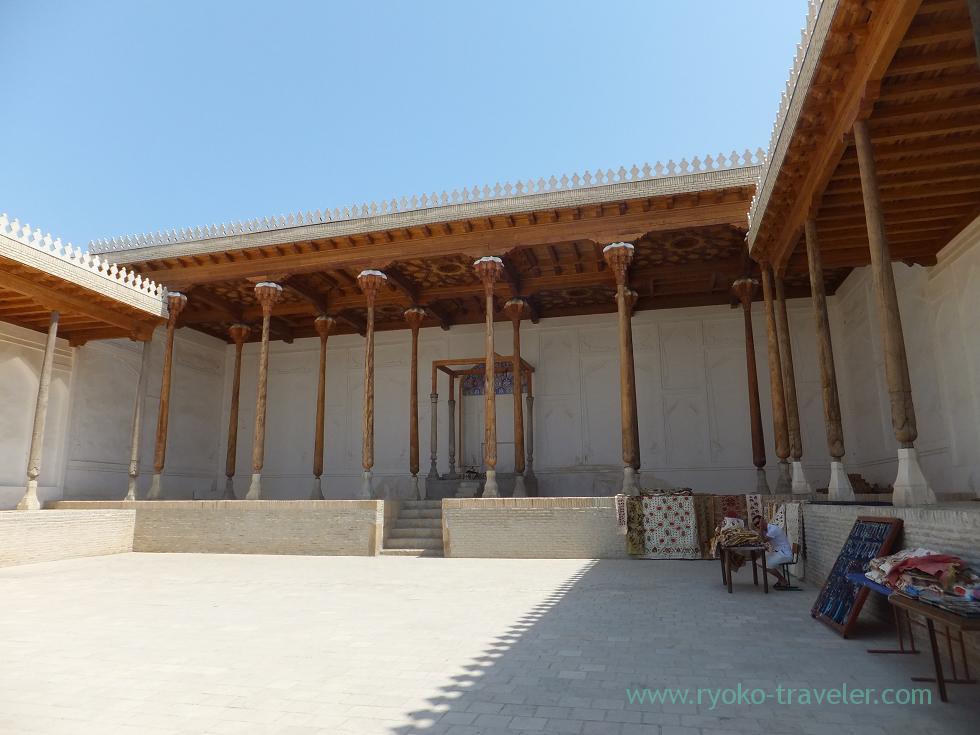 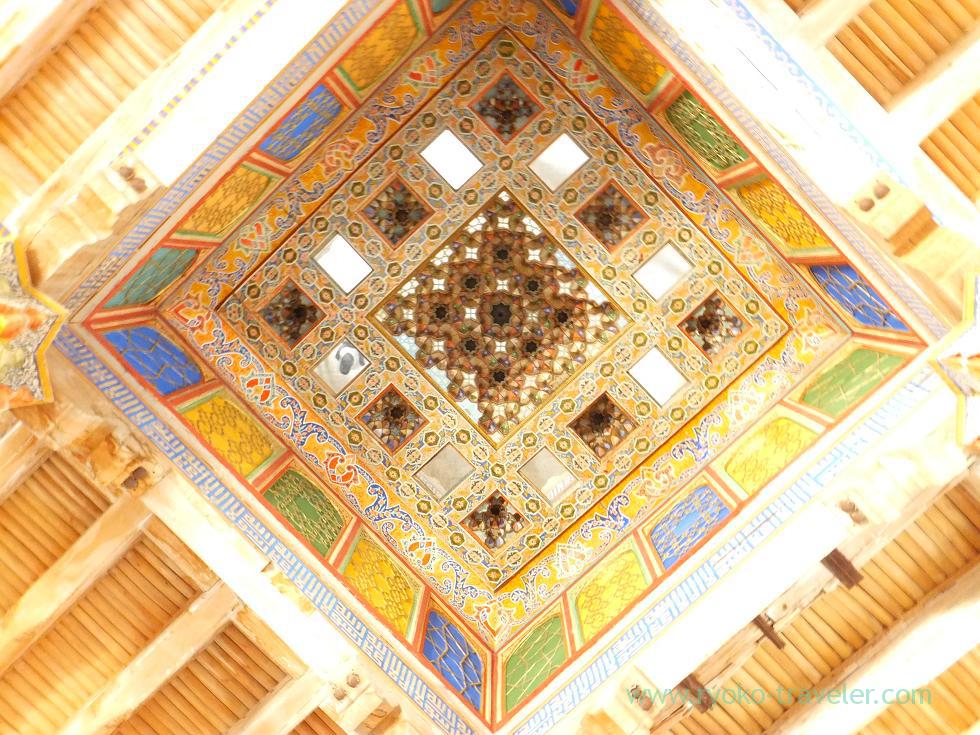 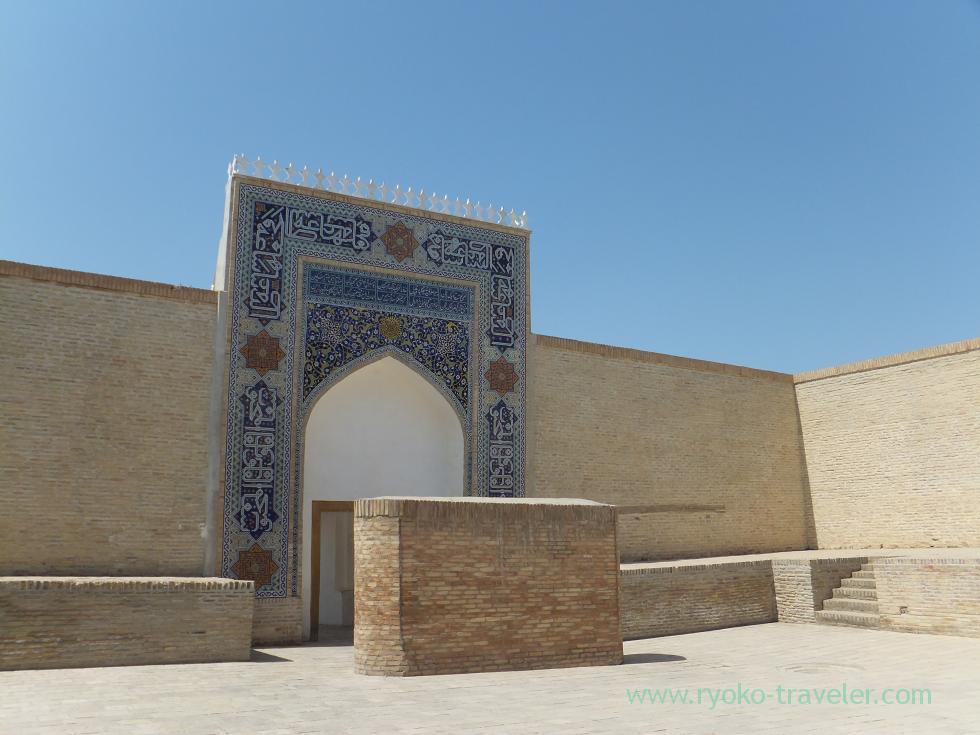 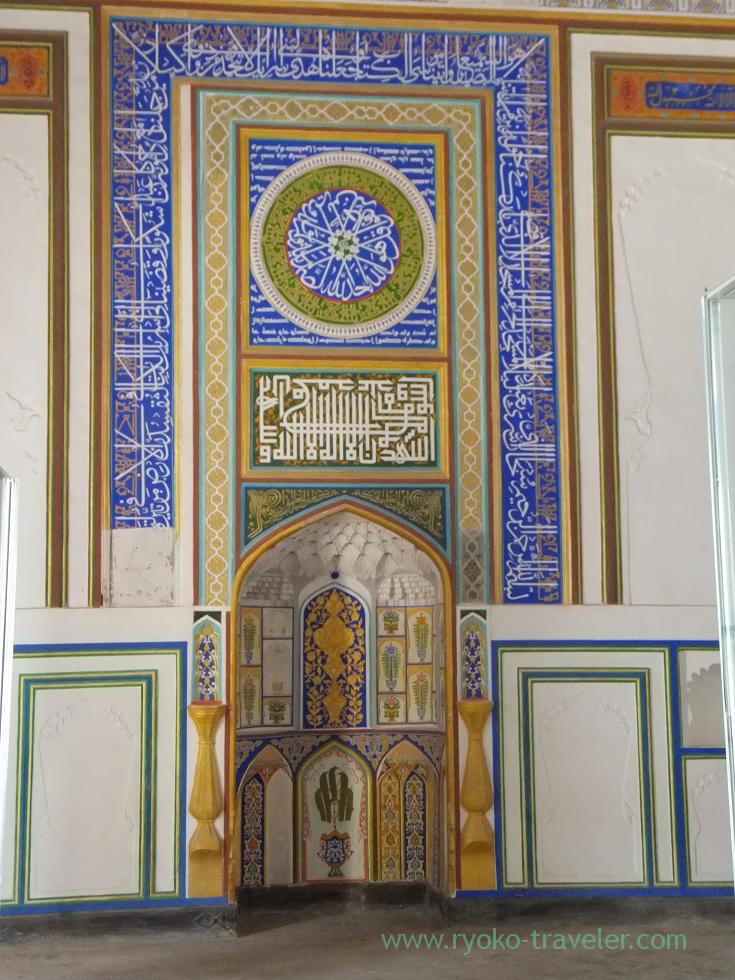 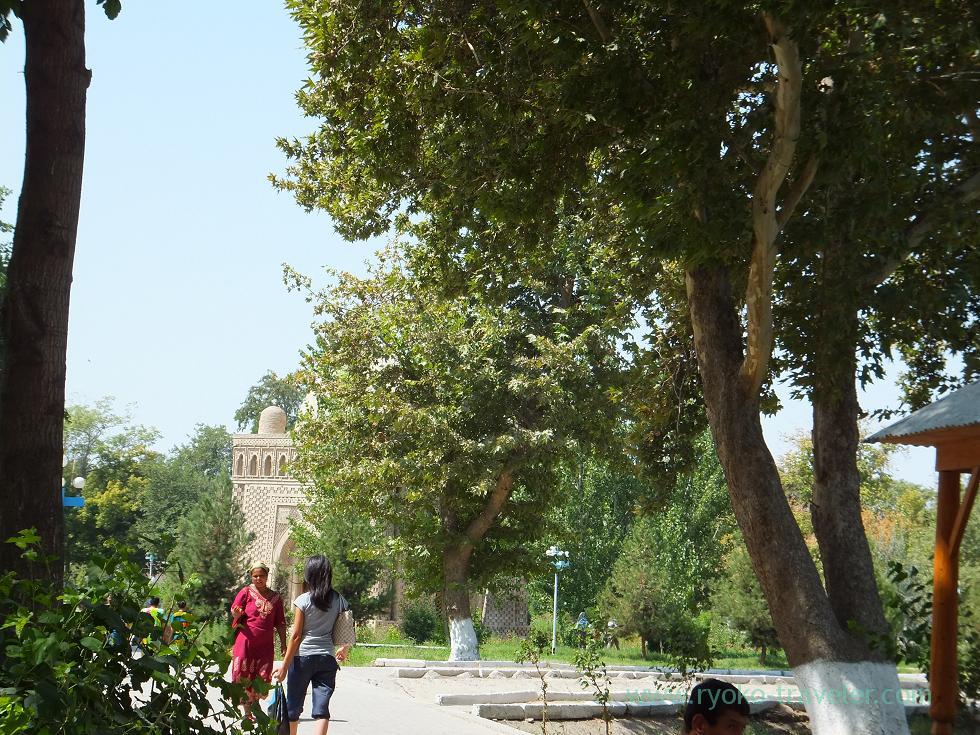 I took a morning bath at Dogo Onsen Honkan last morning of my trip to Ehime 2010. I bought a ticket to took a bath at...

Next my destination was Tachibanadera temple(橘寺) that can be seen from in front of Kawaharadera temple ruins. It is s...