I had breakfast at Yonehana as usual. There were few vacant seats when I entered the shop.

But as soon as I started eating, everyone got out of the shop one after another.
So, I could take the photo. Halloween decoration was cute 🙂 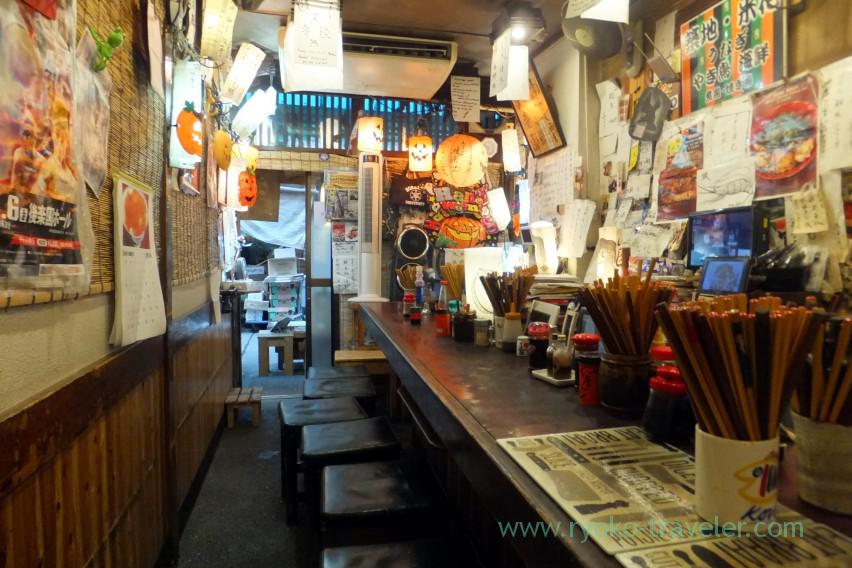 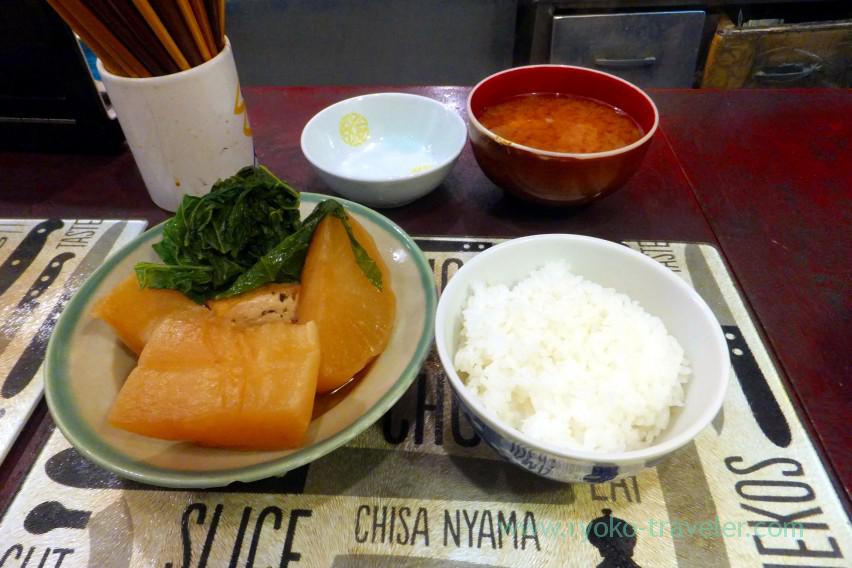 So huge daikon radish ! Now, prices of vegetables are so high because of typhoons. So, it’s really nice breakfast. But still… huge !
But I could eat it up with no difficulty because daikon radish is made of much water. 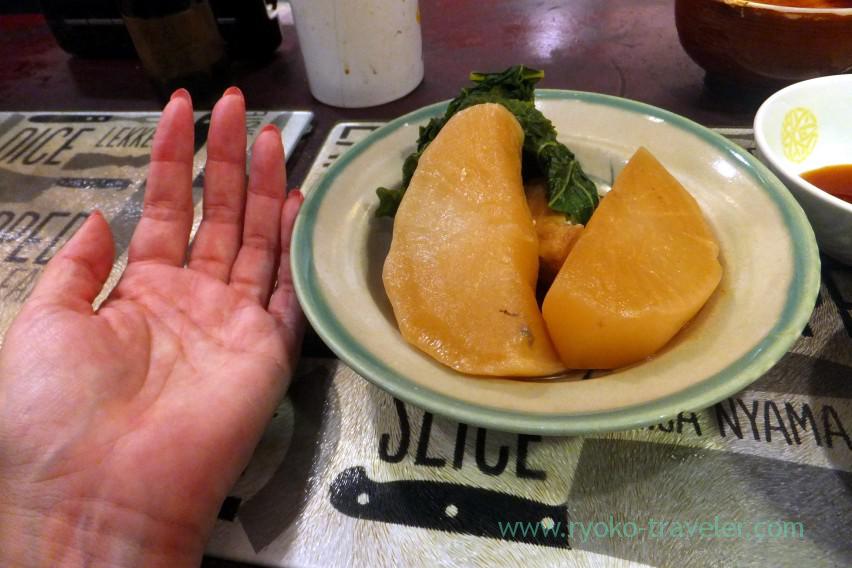 That day’s entree was daikon radish ? No.
It was served late. Sashimi. Lean meat of tuna and Spanish mackerel. 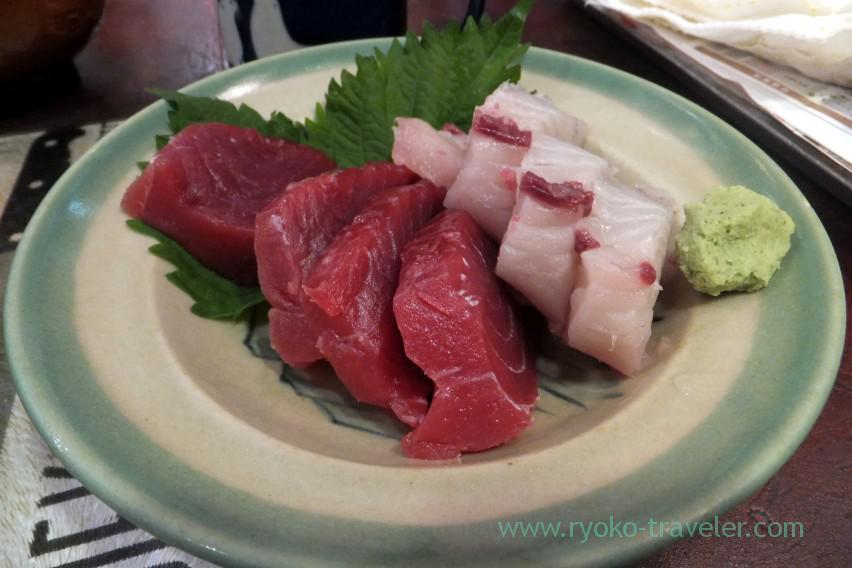 Of course, I put some slices of them into the soy sauce for a while and put it on the rice. Delicious. Even though I put them into soy sauce for a longer time, but it wasn’t salty at all because fatty sashimi was waterproof ! 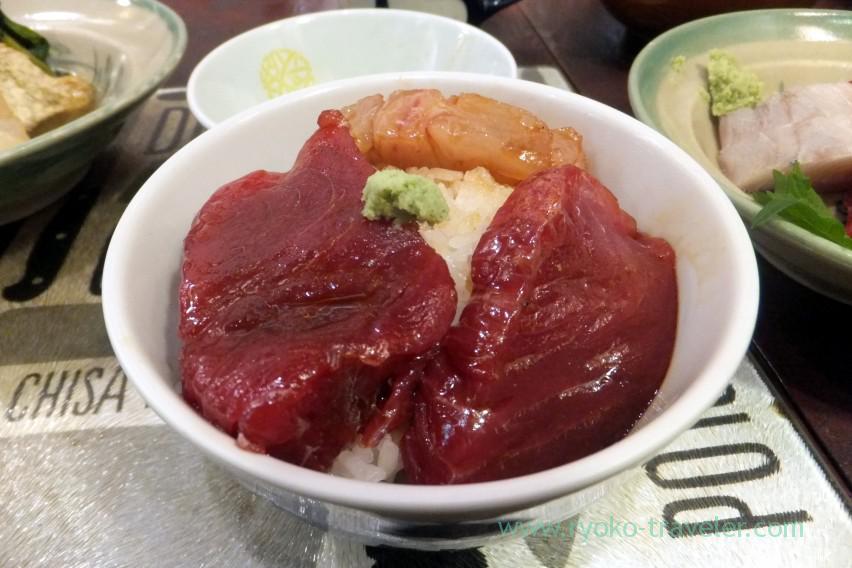 Thanks to such a nutritious breakfast at Yonehana, I’m in good health today, too !
By the way, I’m just back from Taiwan. So, I couldn’t post so frequently during my trip. I’ll post about it later 😉

I rarely eat tsukemen, but I had wanted to eat tsukemen of Ginza Oborozuki (Oborodzuki, Oboroduki) once.Their tsukemen ...