Autumn has come to the market !

I had breakfast at Yonehana one month absence. I refrained from going out for breakfast and lunch on workdays in August because of extremely hot weather.
It is still hot as same as in August, but Autumn is steadily coming.

I knew some eateries in Tsukiji Market started serving saury. Speaking of saury, it is representative fish in Autumn.
Yonehana’s chef’s choice that day was grilled salted saury !
I’m really glad that I could eat first saury of this season at Yonehana 🙂

So, I went straight to Yonehana without hesitation !
As soon as I was seated these foods were served.
Rice, miso soup, pickled cucumber and oden. 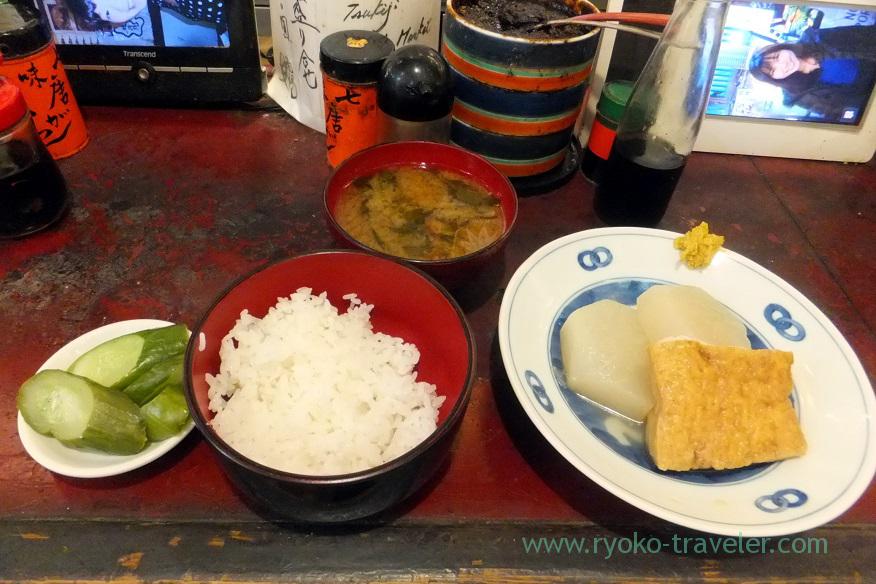 You think oden is a food for cold season. But Yonehana serve oden all year around.
They serve oden in hot soup in winter and in cool soup in warm season 🙂
Deep fried tofu and two thick slices of daikon radish. 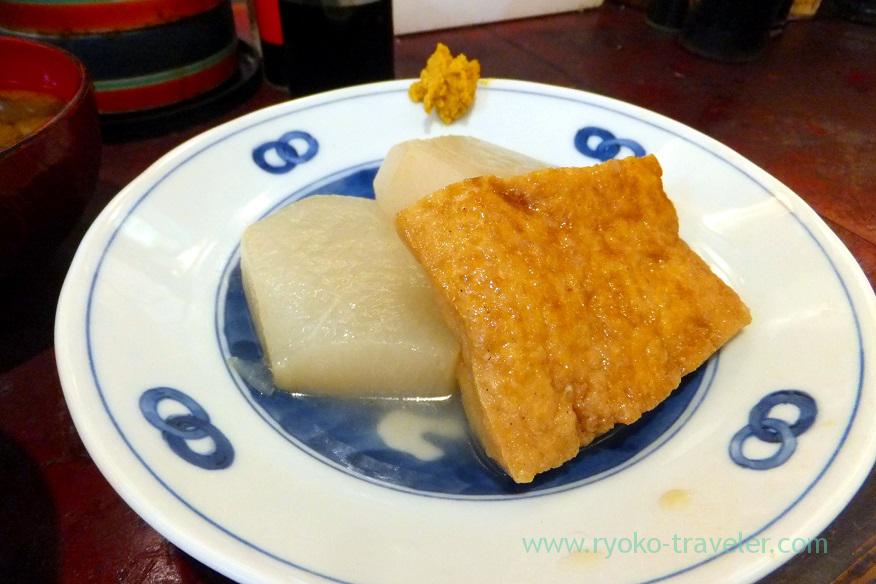 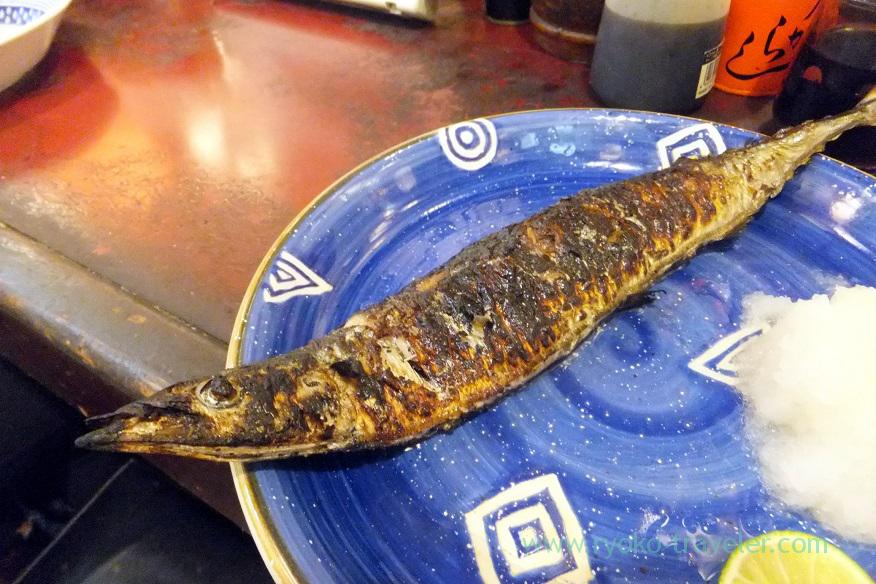 This saury was so fatty and I ate it with chopsticks, then its fat gathered on the dish. I felt like drinking the fat. (I never did :p)

This fish could be eaten everything except its head and backbone. Its innards were great !

By the way, you might already know, the relocation of the market is postponed at least until February.

When I visited Asia Curry House (アジアカレーハウス) in Kinshicho for the first time, they had strong impact. Poorly lighted and...

Yakisoba specialty shop ! We had lunch at "Mikasa" that is yakisoba shop in Jinbocho area :)We tried to have lunch ...

The Peninsula Tokyo (3/3) : Breakfast at Lobby

Really nice breakfast, but I was disappointed with the quality of the staffs. The next day, I had a breakfast at "The L...

I had something to do at Shimbashi in the morning on Saturday. And then, I wanted to have alcoholic drinks at izakaya, ...
Funabashi : Avocado cheese hamburger at Aloha Diner Duke’s (アロハダイナーデュークス)
Taipei 2016 Spring : Tamsui (淡水)