Speaking of ramen in Kanda area, Ushio is well-known.
I wanted to visit there for a long time, too.

There are two types of ramen mainly.
Toripaitan soba and Nihon-ichi Shoyu soba. And another, they sometimes have limited special ramen. They offer large helping of rice by free of charge at lunchtime.

As well as many ramen shops, they have ticket vending machine at the door.
So you get your ticket after you enter the shop. And then staff lead you to the seat.

There’re 9 counter seats and 1 table having 4 seats. The shop is narrow.

They don’t accept children under around 10 years old.

This is my choice. Toripaitan soba (鶏白湯そば, 870 yen)
Toripaitan is thick and smooth chicken broth. 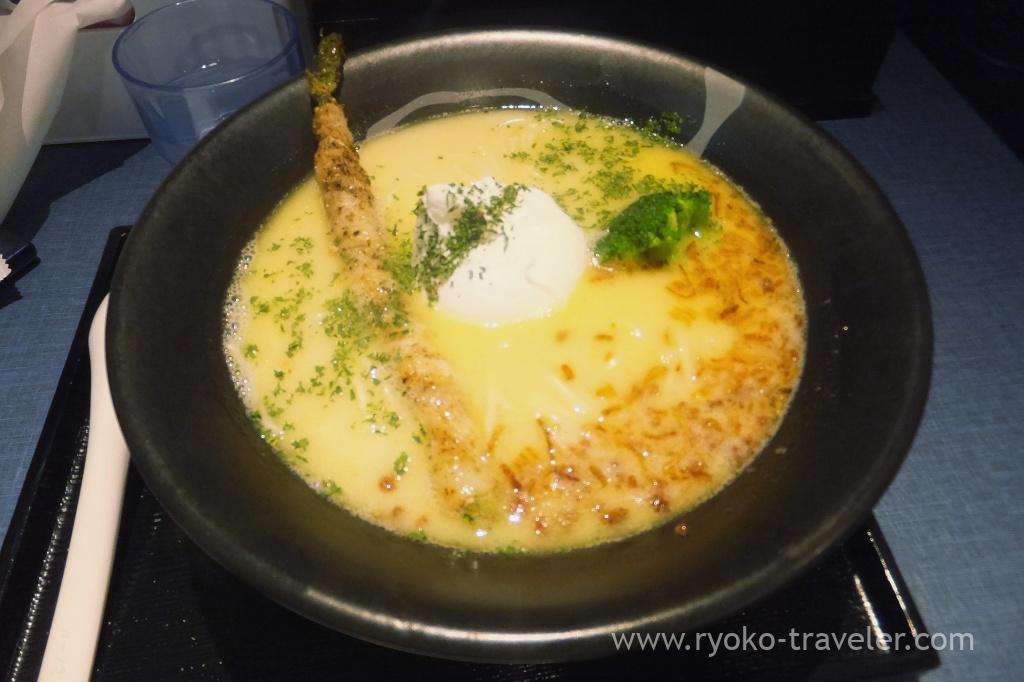 The soup stock have broth of chicken and vegetables. And the soup, fresh cream and milk is mixed well.
It looks like spaghetti in soup. Also the texture of noodles is similar to spaghetti.
They make their medium narrow noodles on their own. 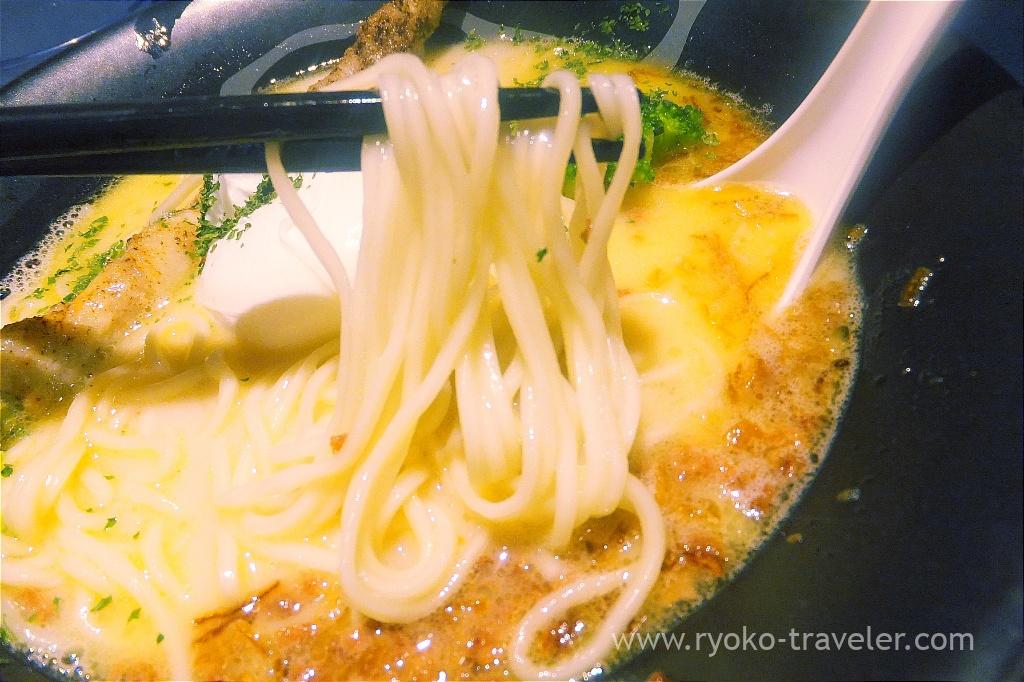 I didn’t feel that I ate ramen. But it’s good.
But when I feel like eating ramen, I don’t want to eat it.

This is my friend’s choice. But this was my tastes.
Well, I love shoyu ramen best in all kinds of ramen all the same.

This soup have soup stock made of konbu seaweed, dried mackerel and the Nihon-ichi Shoyu. It’s like soba soup !

www.ryoko-traveler.com
Closed – [Kanda] Oysters at Tonkatsu Mampei (とんかつ万平)
Speaking of winter tastes, oysters occur to me at first. Well, I eat oysters all year around though. I'm looking fo

Kanda Plum blossom festival was one of the plum blossoms festival that I had wanted to been for a long time. Fortunatel...

Persil has reopened in Ginza ! Bistro Persil in Higashi-Ginza district closed their restaurant for moving to somewhere...

Finally, I visited Ginza Hachigou (Ginza Hachigo) that I had wanted to visit for a long time.They were open in December...
Sasuga Rin (流石 琳) in Ginza
(Moved) Tsukiji Market : Fried Shitabirame with butter at Odayasu (小田保)