The chicken soup warmed my body 🙂

I had breakfast at Tsukiji this morning after a long absense.
Recently it was very cold, so I couldn’t get up early in the morning for Tsukiji.

I decided to eat deep fried Hoplobrotula armata (Higedara in Japanese) at Odayasu when I left home. But I found bad news on Twitter on my way to Tsukiji.
Actually, I got to Odayasu… 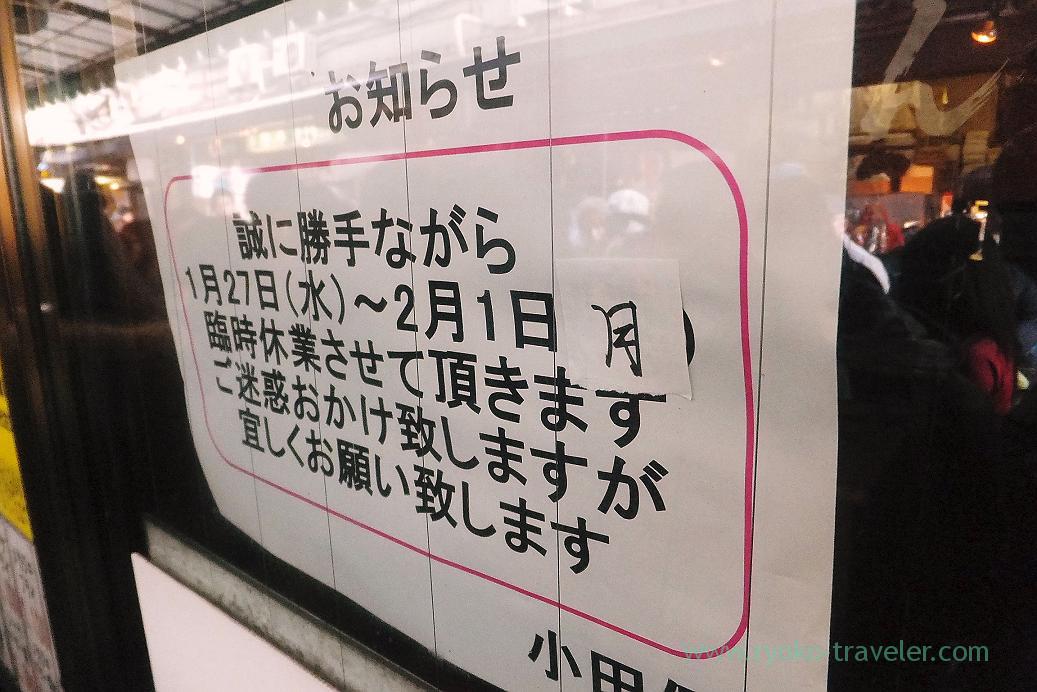 Lots of people waiting for Daiwazushi were in front of Odayasu !
YOU ! You’ll be scolded by proprietress of Odayasu ! X( 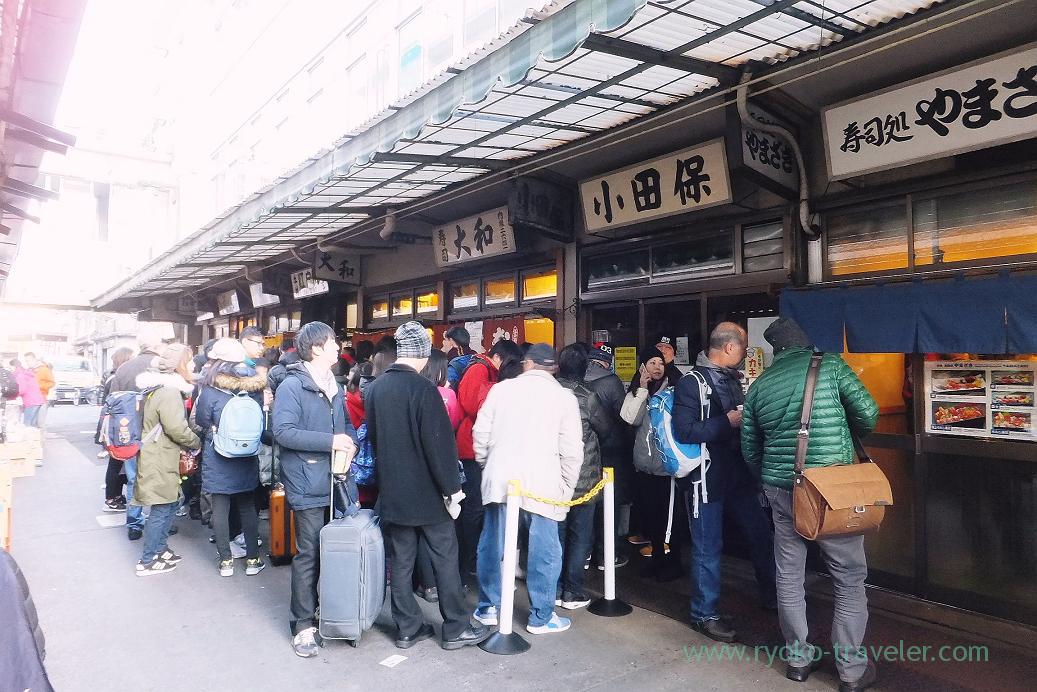 So, I decided to go to Yonehana, but unfortunately, also I heard unpleasant news about Yonehana that day.
Today’s chef’s choice is deep fried oysters and white stew.
White stew…. I don’t like it…
But I wanted to eat deep fried oysters. I thought I should ask them to have miso soup instead of white stew and got to there.
When I got to there, I felt chill. And more, There were four ladies waiting in front of the shop. They seemed in one group.

It’s too cold. I couldn’t stand. And also perhaps I had to have white stew…

While thinking whether I should wait or not, this shop came into my sight. 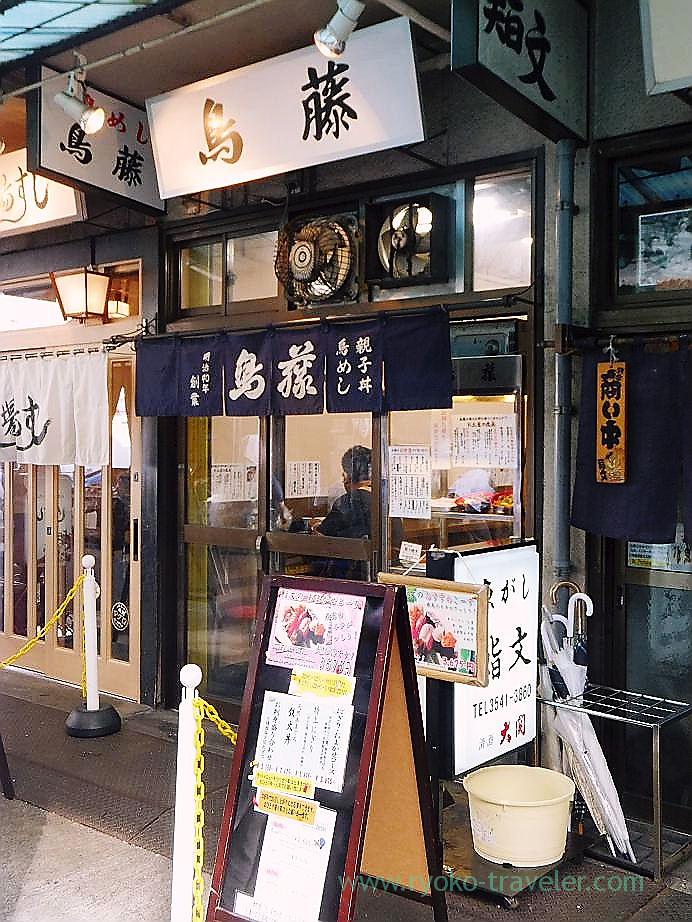 Because of the chill weather, I felt like having this shop’s hot chicken soup.
The shop was nearly full because it was cold. But there were enough space to be seated.

Wooow !!!
Toritoh made new menus in English and Chinese !!! So, there were some foreign tourists ! 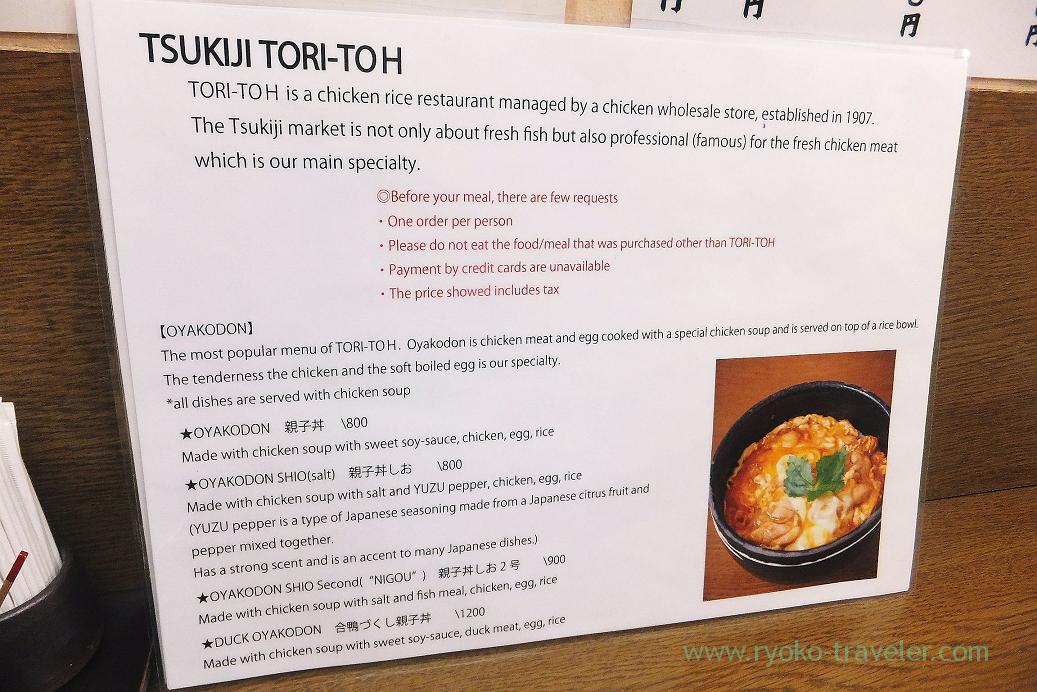 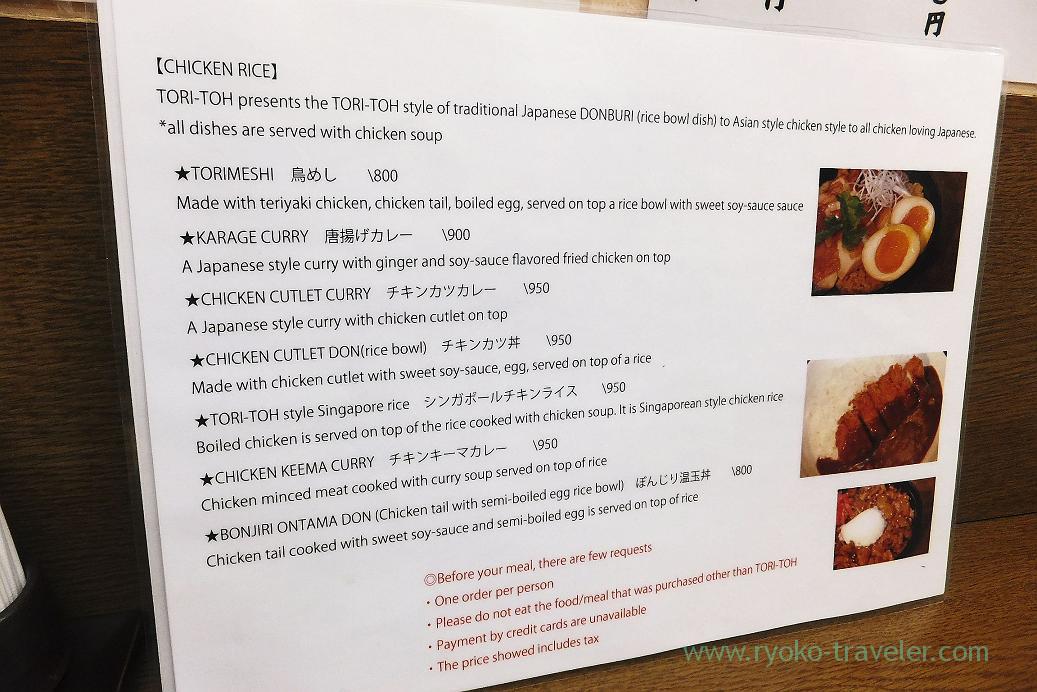 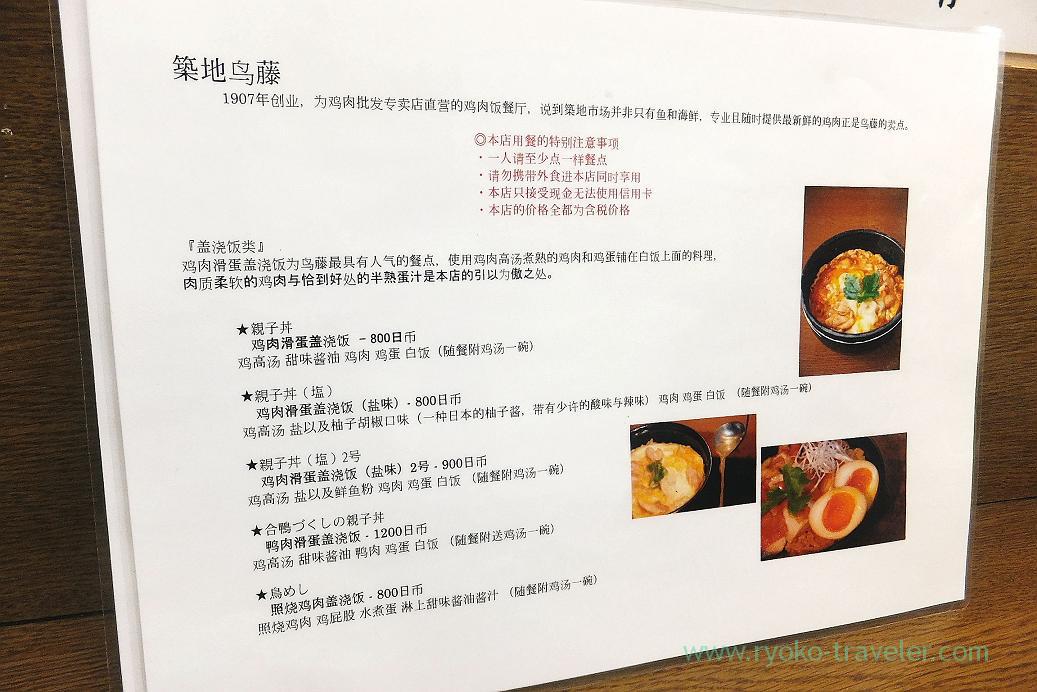 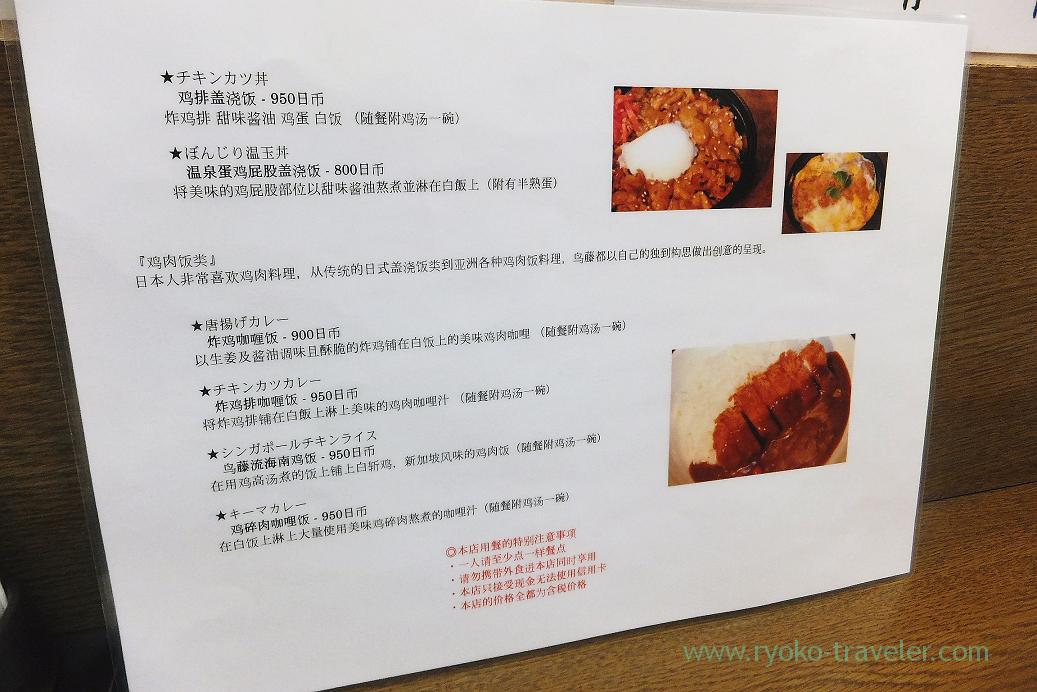 After a while, I ordered Chicken soup and tamagokake gohan set (鶏吸とたまごかけご飯, 700 yen). This was the first time to eat it. 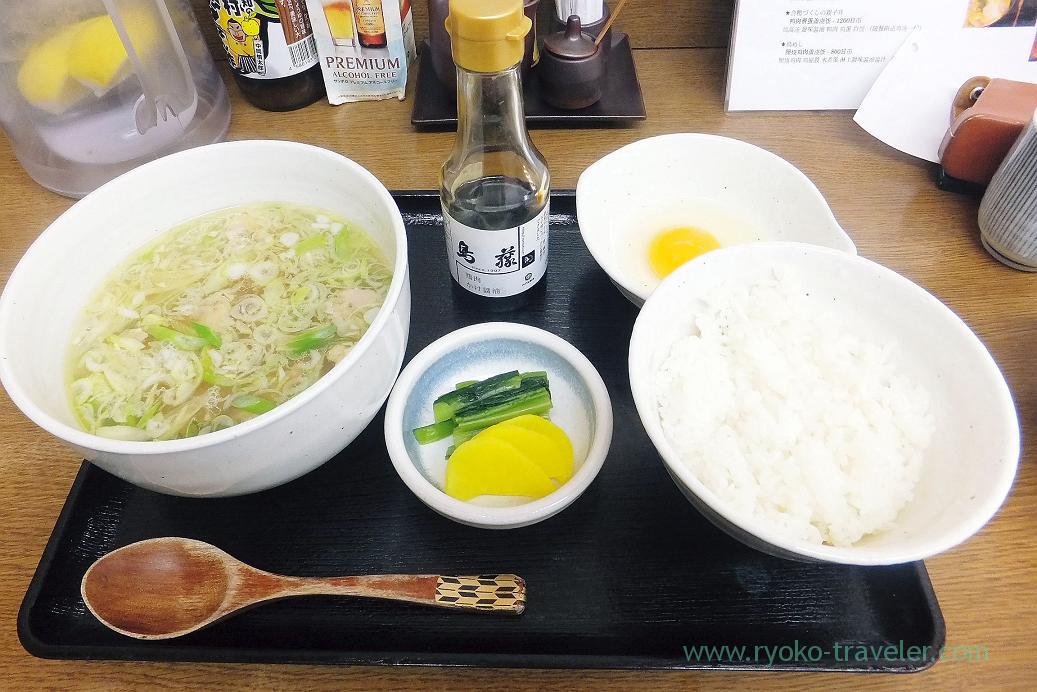 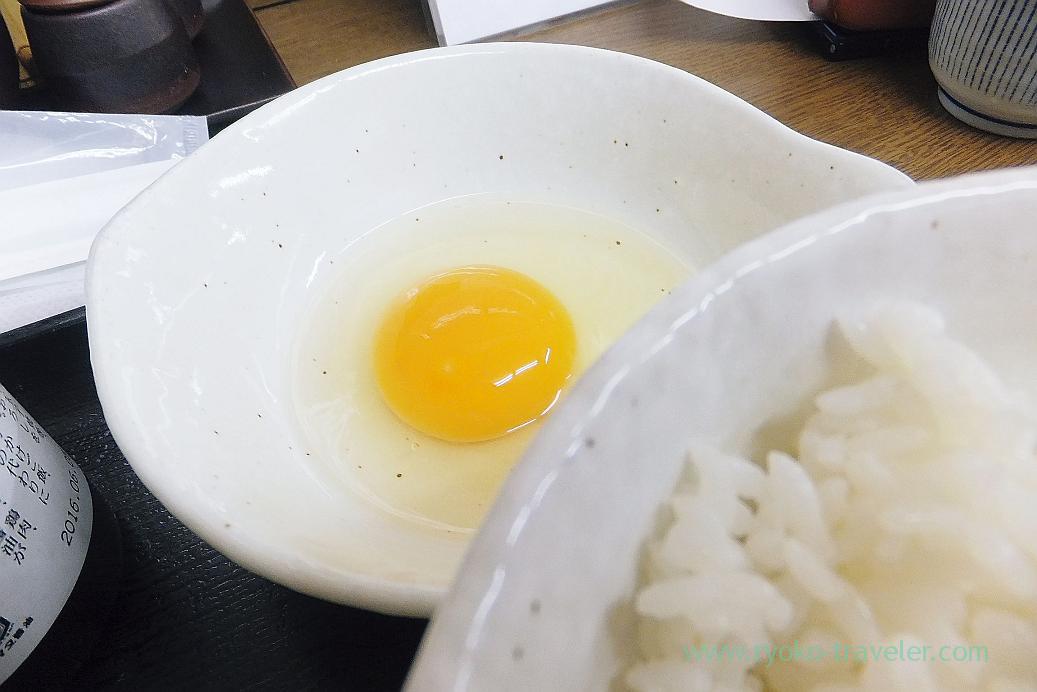 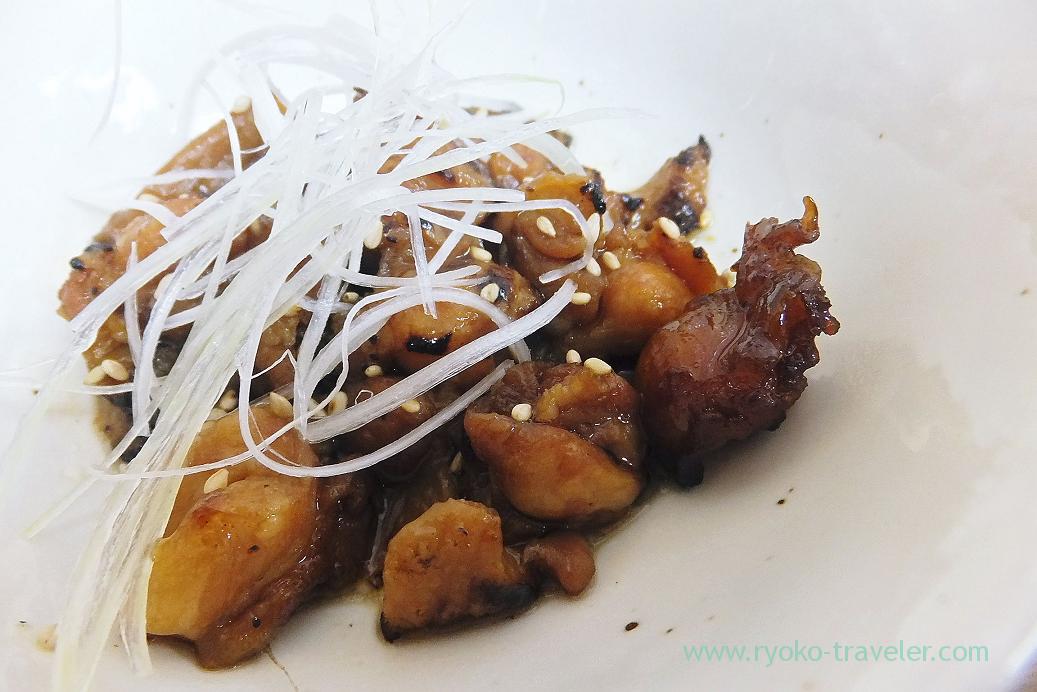 This boiled pop’s nose helped me later.
Because… the quality of the meat in the soup wasn’t good. Strictly speaking, there’s no extracts. Well, it cost me only 700 yen. 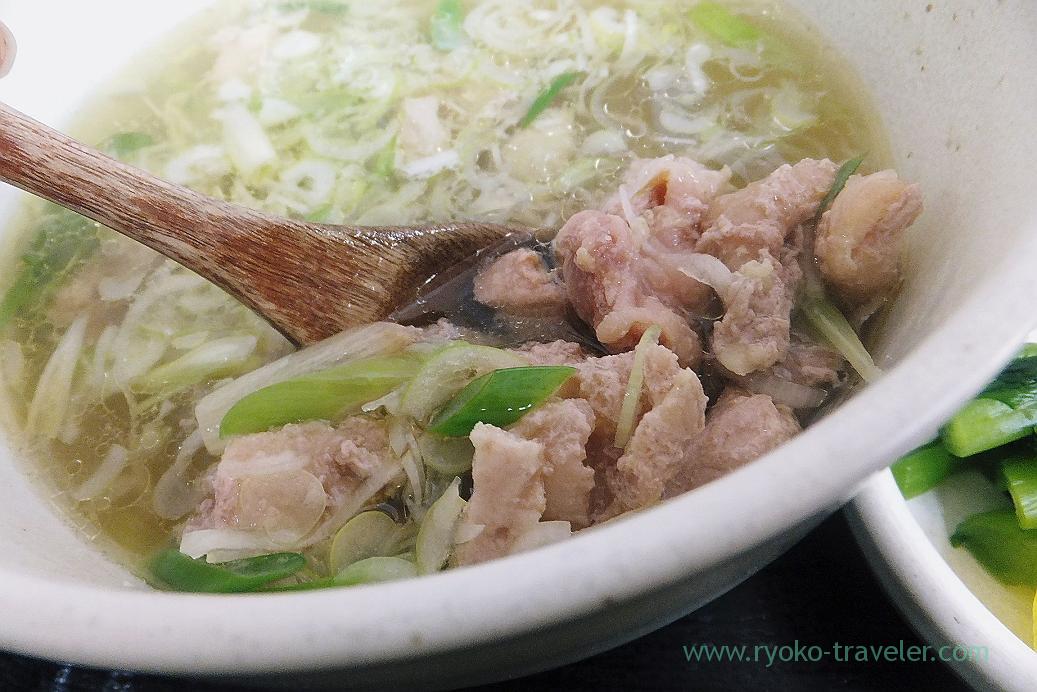 Very inexpensive food compared with another foods in Torito.
Do you think where the extracts of those chickens meat ?

At first, I had some soup, and then beated the egg and put it on the rice. Also I put pop’s nose.
I ordered the boiled chicken tail for it 😛 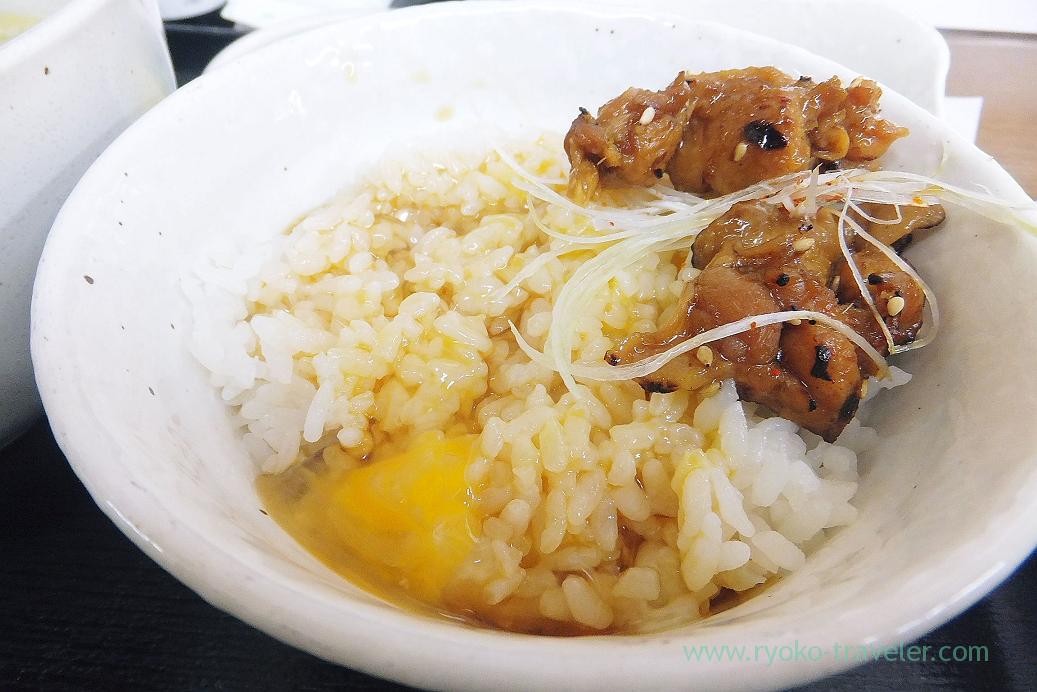 But you should eat some rice with chicken soup at first and then do tamagokake gohan.
Because they serve much rice and only one egg.

After I enjoyed tamagokake gohan, I put some chicken soup into the rice bowl. 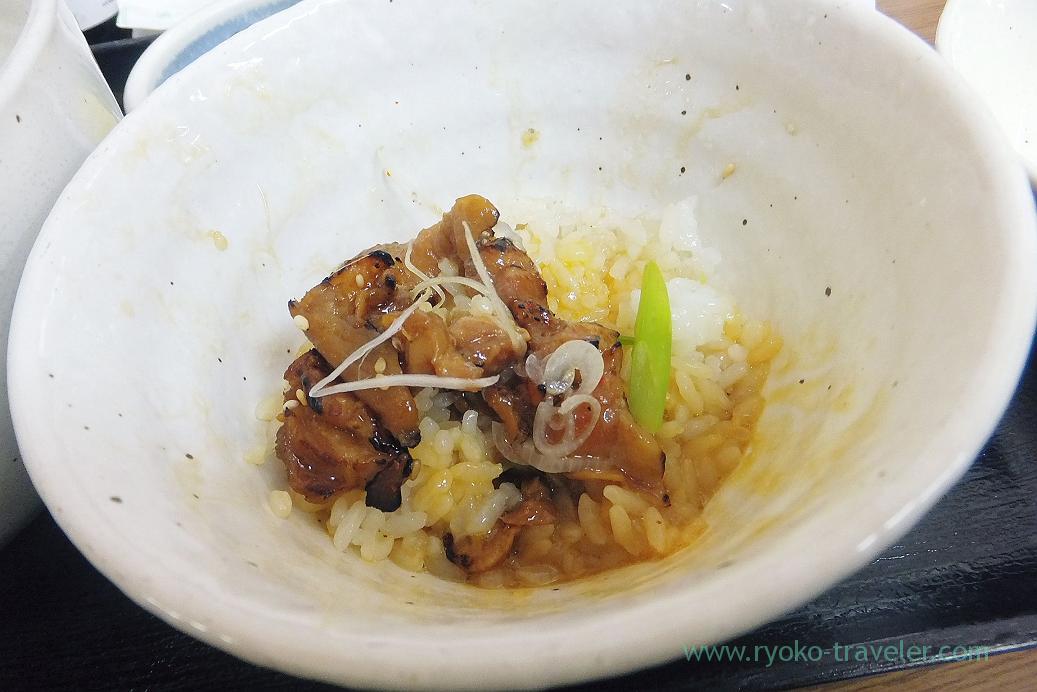 It is the best choice in the morning during cold season !

By the way, there’s the word “Kokoro nokori no Oyakodon” on the wall that I ate before. Though it have precious part of the chicken (Joing between hearts and livers) that can be got only a few amounts and it was tasty.

www.ryoko-traveler.com
But recently they don’t have the meat in stock. (But somehow they don’t leave the paper on the wall. )
So some people entered the shop for eating it and they were disappointed.

Finally, I could eat one of my target food ! Recently several blogs' posts about the limited foods at Odayasu attract ...

Kakigori season has come. Eh ? I eat kakigori all year around ? Yes,, but many people eat kakigori only summer :P M...

All sort of conger eel dishes. I visited Kichiya thanks to my friend asked me to join their dinner. A few yars have pa...

Chicken foods restaurant serve ramen during weekdays' lunchtime only I took a day off the other day and went to Monzen-...
Bakurocho : Hot and spicy noodles at Fuxue
Kaohsiung 2015 : From Narita to Kaohsiung international airport (美麗島, 高雄)