Special beef tongue stew can be eaten some Wednesdays only.

I took a day off for eating beef tongue stew at Tankiyo in Akihabara the other Thursday.
Tankiyo is so popular yakiniku restaurants as serving so thick slices of beef tongues and serve beef tongue stew at lunchtime on some Thursdays.
But we can’t know whether it is held or not until the Mondays
And I have to apply for leave before two weeks.
So, I was very anxious until I found it was going to be held on the Thursday on twitter.

But they said they’re going to be open on the day on twitter !
I was so happy at the news !

40 minuites before the restaurant opened, at least 40 people were already there.
And 20 minutes before the opening time, the staff started to hand numbered tickets out lest people cut into the line. 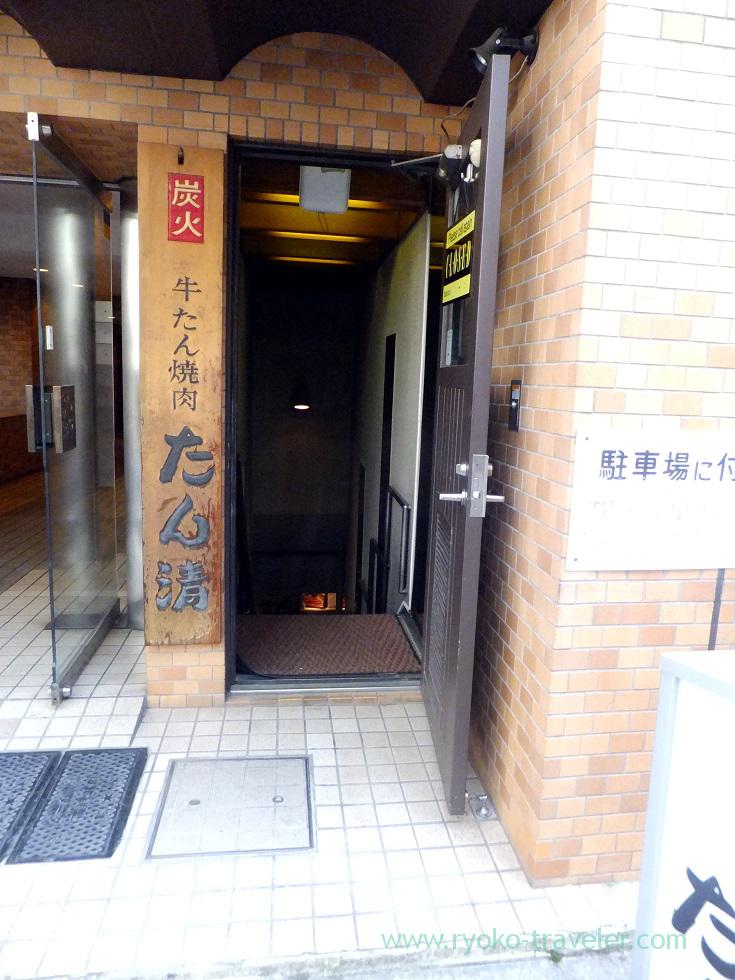 A little past 11 a.m., we could enter the restaurant. The restaurant was small and lots of tables and chairs were packed. We had to share the tables.
Only we had to do is returning your numbered ticket to the staff,sitting and waiting until our foods come because they serve beef tongue stew set only at lunchtime.
Just if you want large portion of rice, you have to say “large portion please”.

I had never seen such a still restaurant. All were silent solemnly.

Everyone waited in calm.

What were they waiting so calmly. Why were they concentrating ? 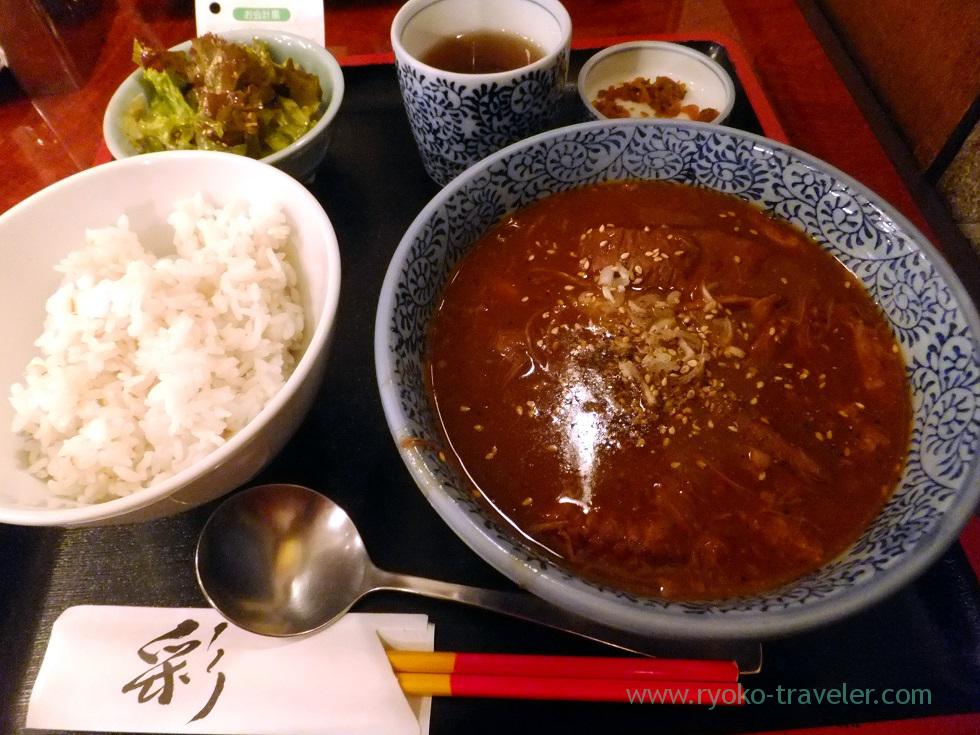 It is not a ordinary stew. 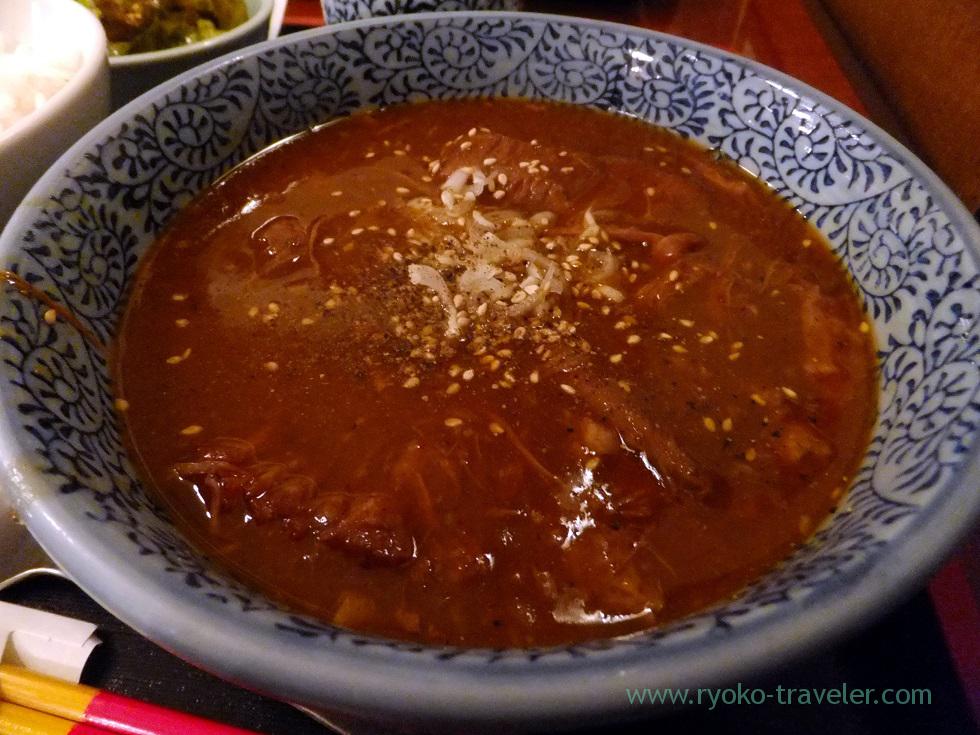 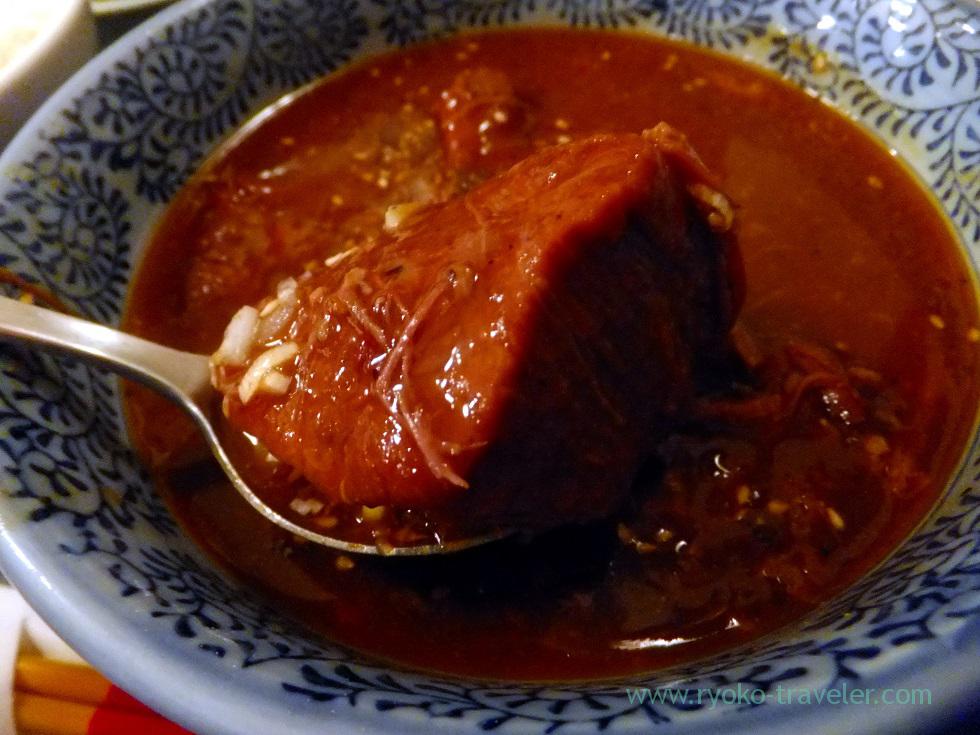 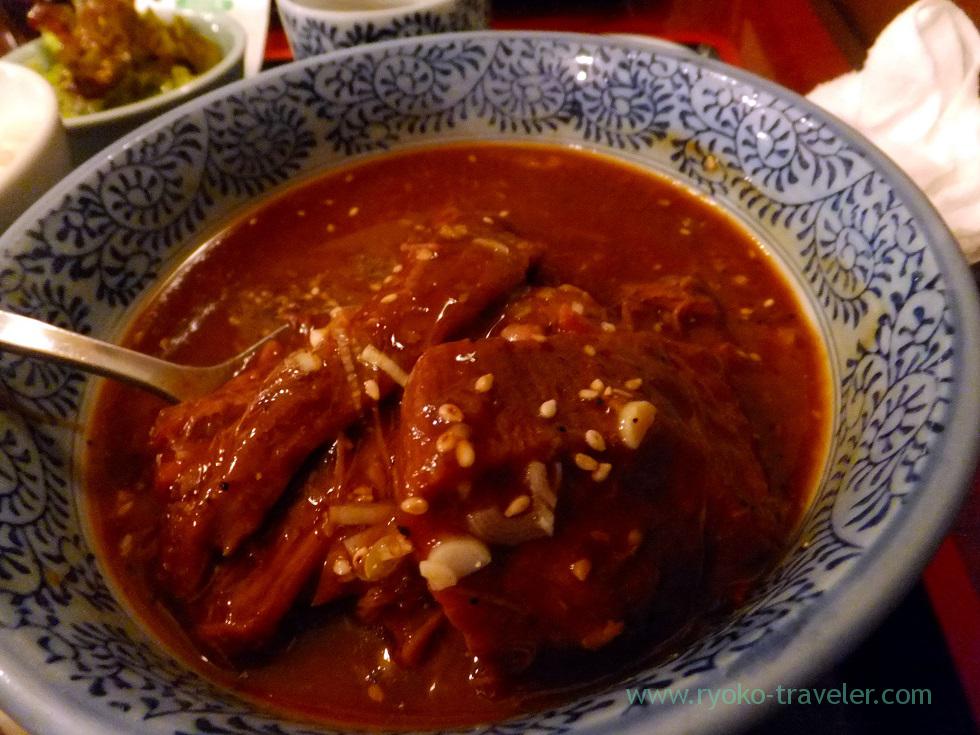 Lots of lumps of beef tongue were in the bowl !!!!!
Simmered beef tongue until those getting soft !
Extremely good ! Gorgeous ! And so valuable !
That’s natural that people waiting from one hour before !

Everyone ate in silent.Seriously. Everyone couldn’t see anything else but their foods.

By the way, this food’s name is beef tongue “stew”, but it’s more simmered beef tongue than stew.
The soup was light and we could drink it up.

It was far better than I had expected. I feel like going there again soon, but I can’t take a day off so frequently.

When we got out of the restaurant (around 12:00), they already stopped accepting. 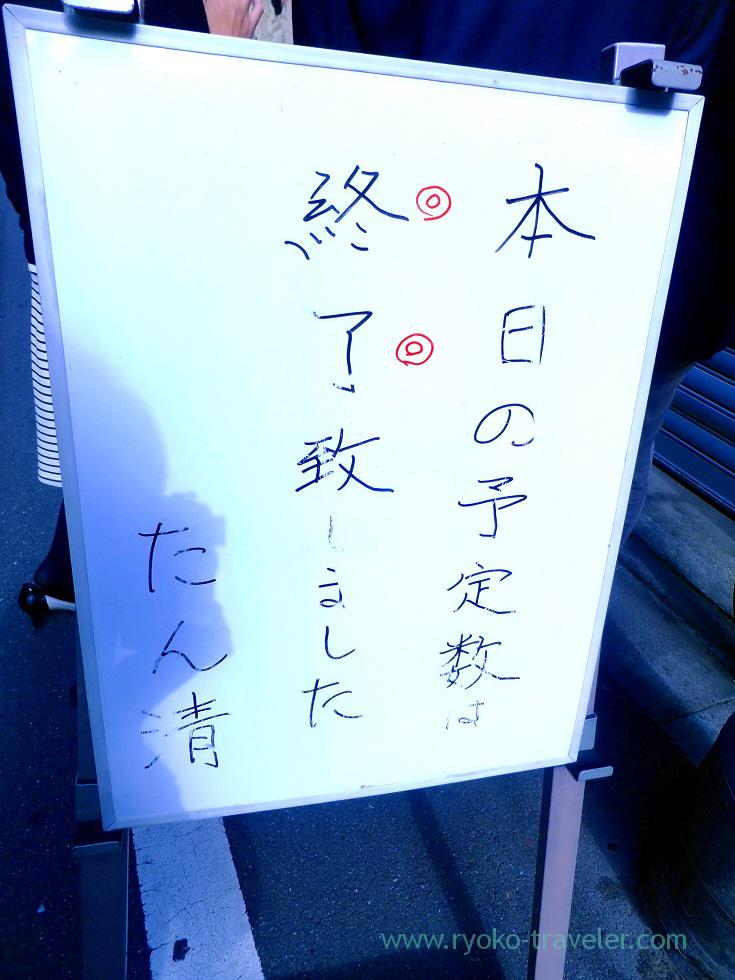 Maybe they prepare about 50 sets. Amazing….

But I want to go there again 🙂

After that we went toward Kita-senjyu by walk.

Elysian lunchtime is past quickly Hajime Sengyo-ten is my regular lunch spot on weekdays. But it is hard fo...

Yakiniku Jumbo Hongo is one of the popular yakiniku restaurant in Tokyo. Not only Japanese people but also tourists fr...
Omotesando – Harajuku at weekend
Tsukiji : Horse mackerel and salmon roe at Hajime Sengyo-ten (はじめ鮮魚店)