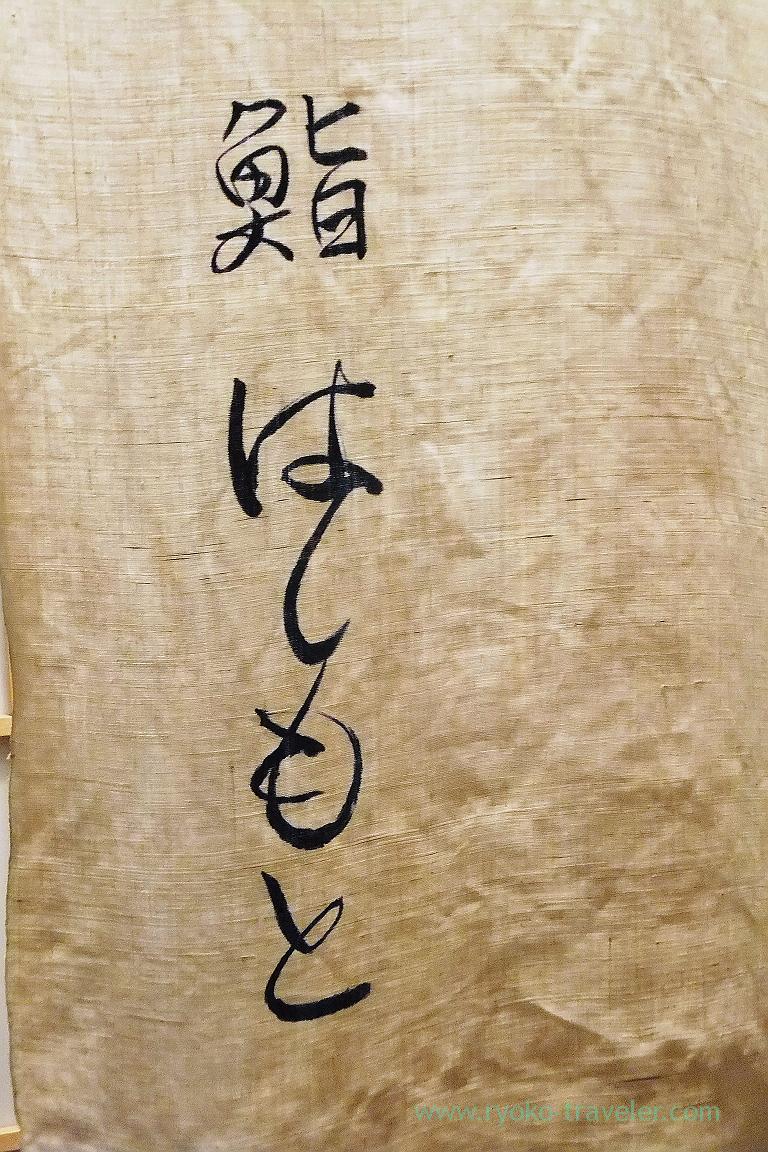 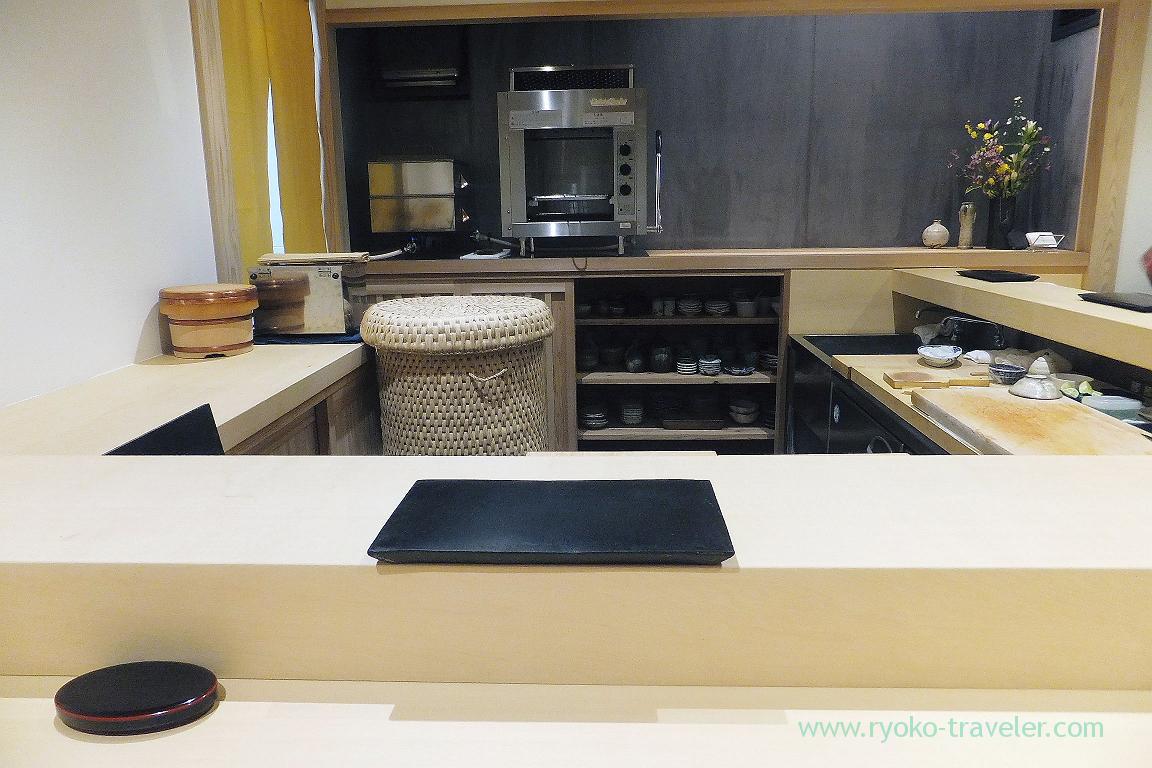 The course is expensive for me and hard to go there monthly, but I think we’ll be not able to take reservation easily like now (like Miyakozushi).
So, if someone ask me to join dinner at Sushi Hashimoto, I never say “No” 😛
You’d better go at once ! 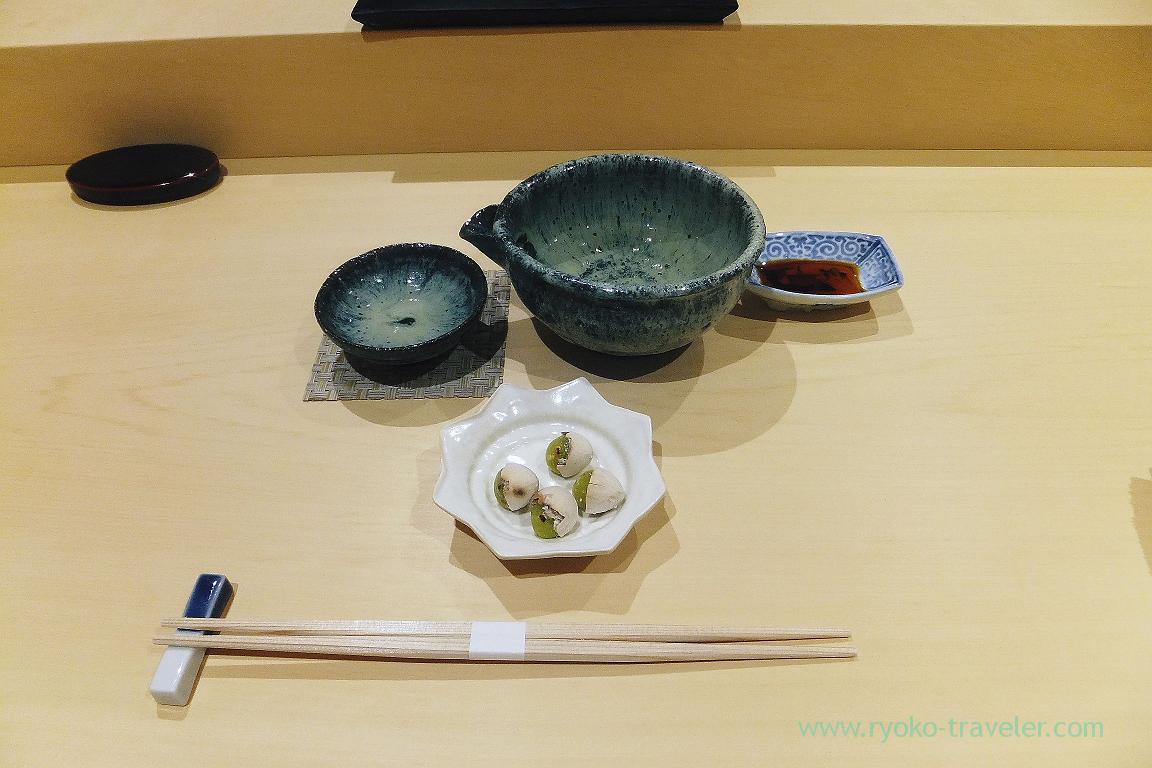 My Japanese sake was Haneya. It was fruity and easy to drink 🙂 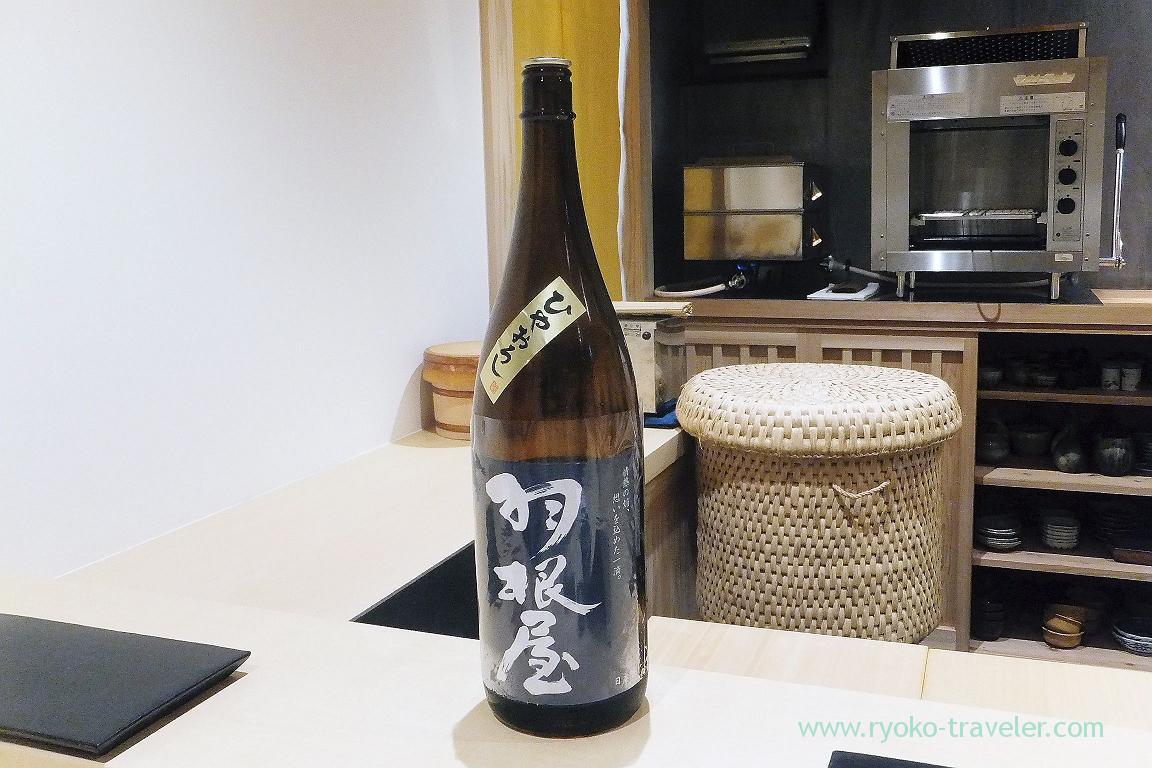 Flatfish (ひらめ)
From Rishiri of Hokkaido. 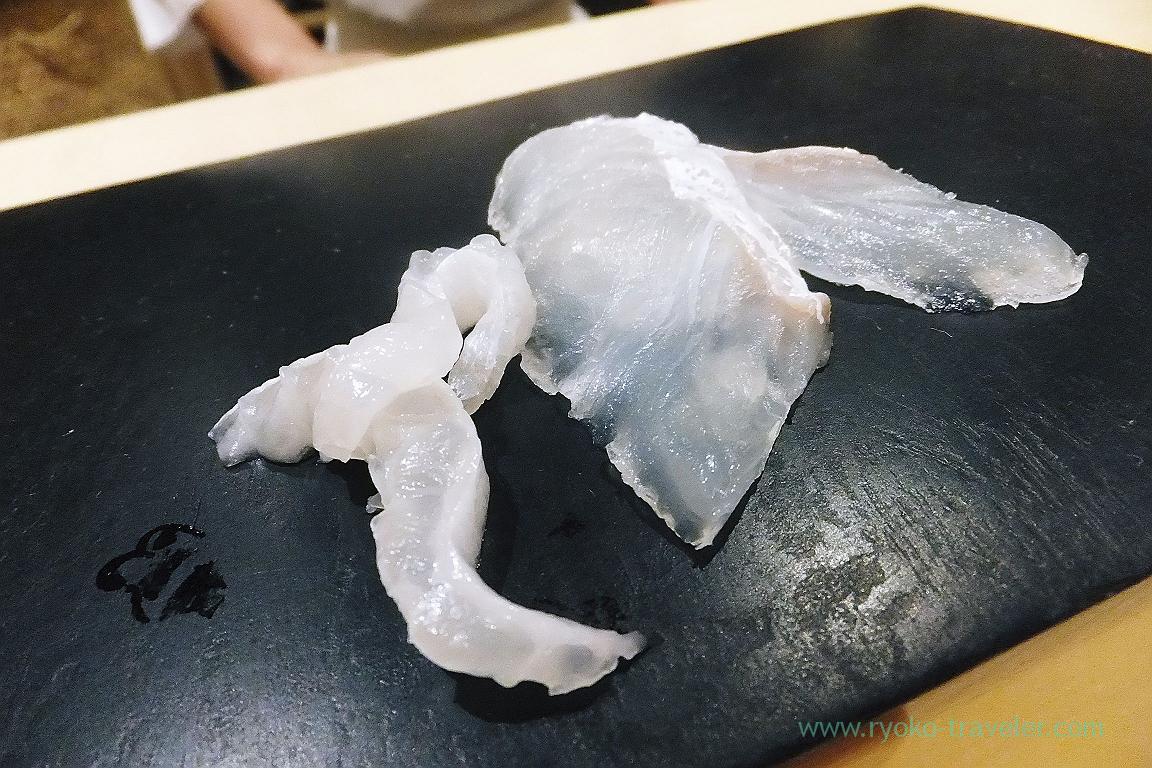 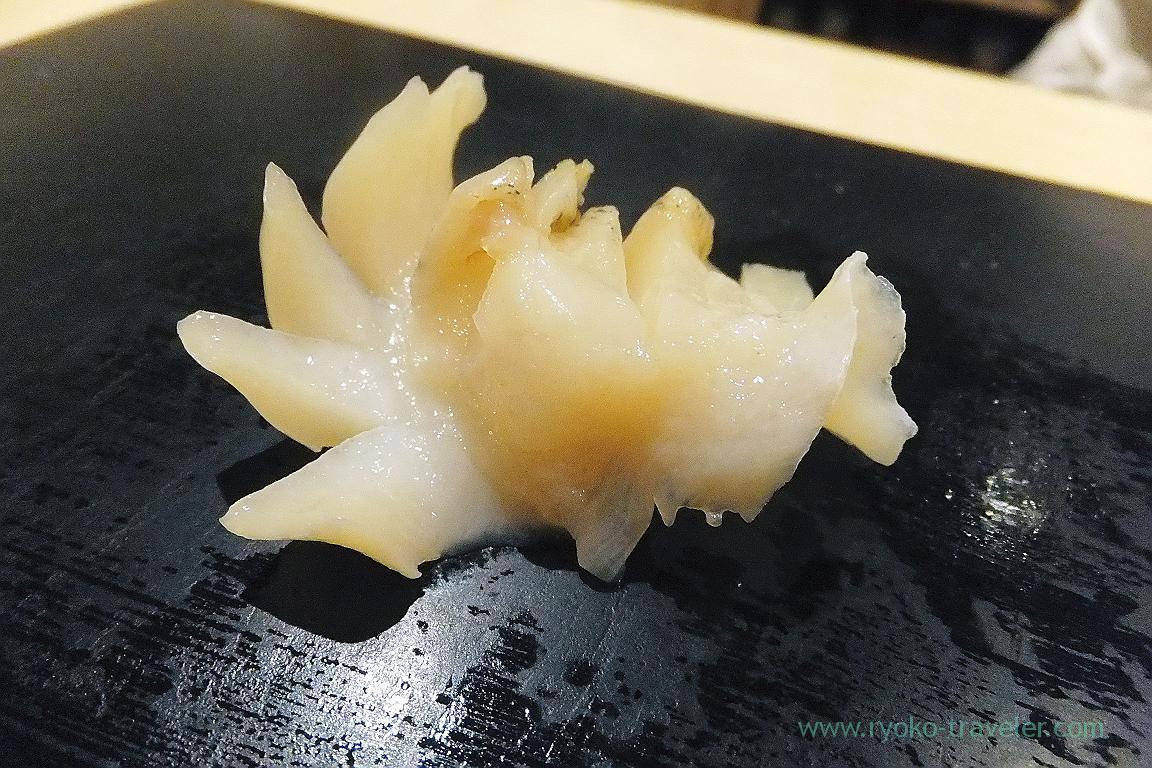 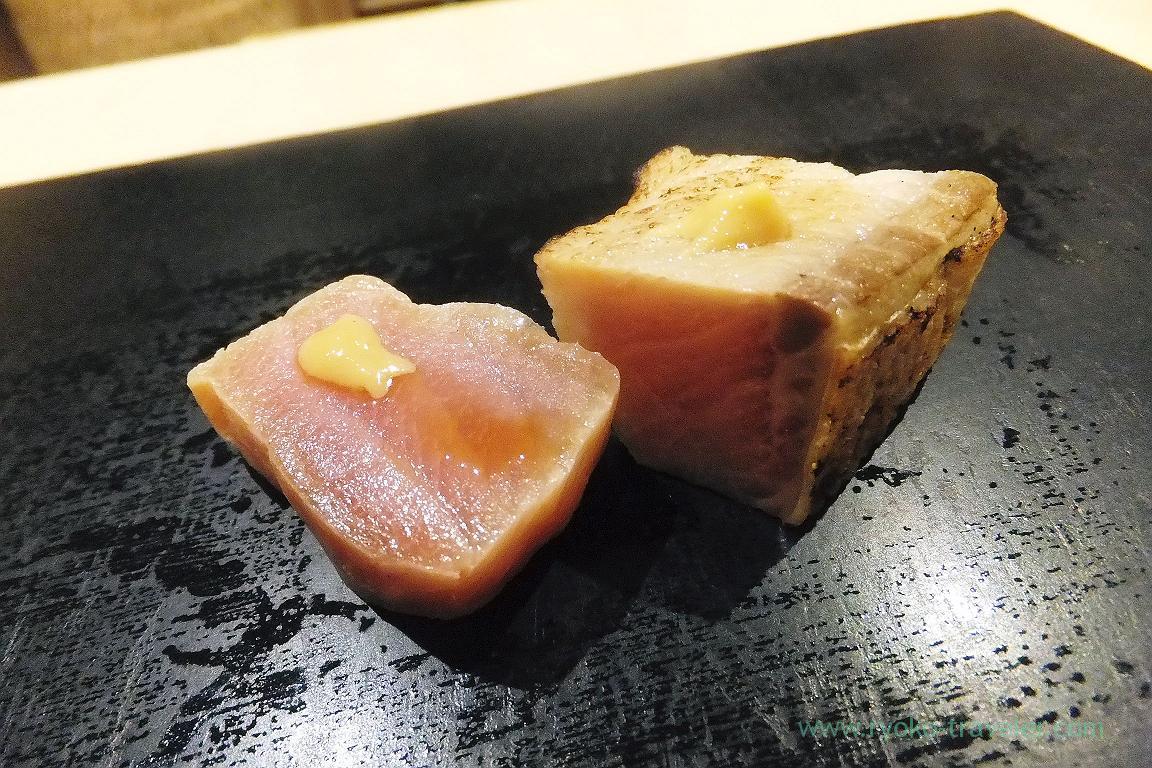 Chawanmushi (茶碗蒸し). Cod roe was on it 🙂 Gorgeous.
Yuba and grated corn in it. 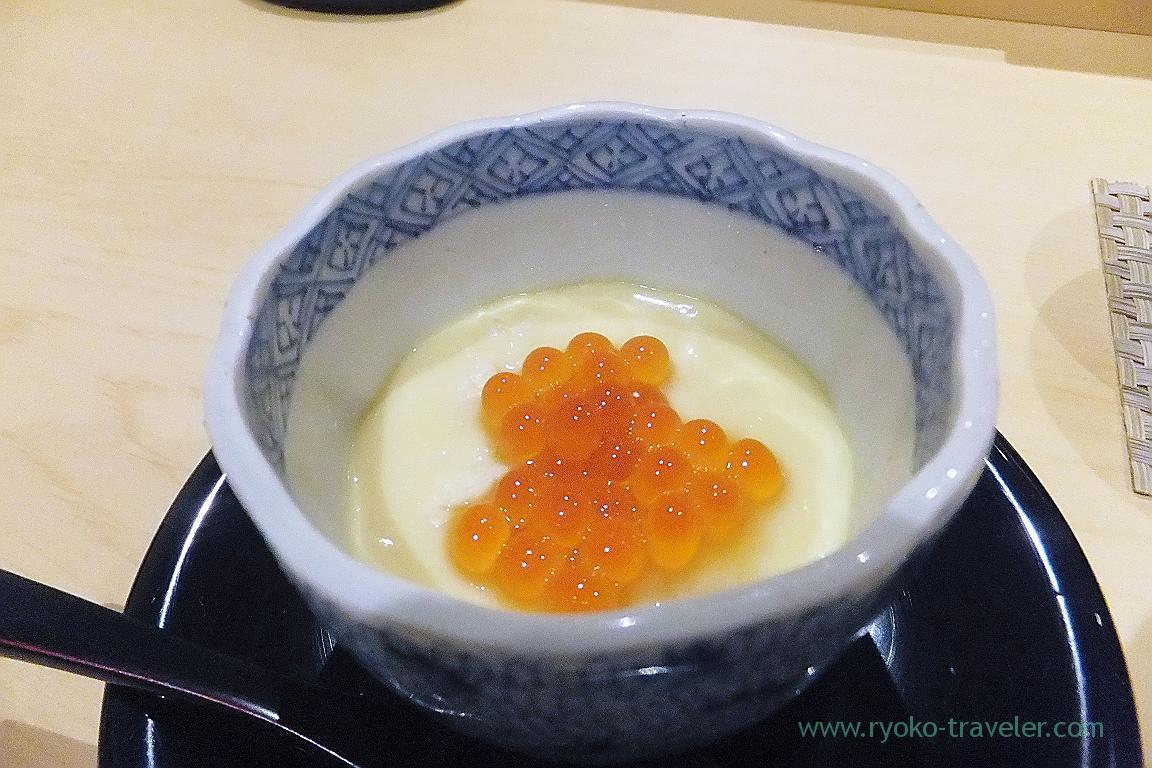 Grilled saury with vinegared miso having its innards (さんまの肝味噌和え) 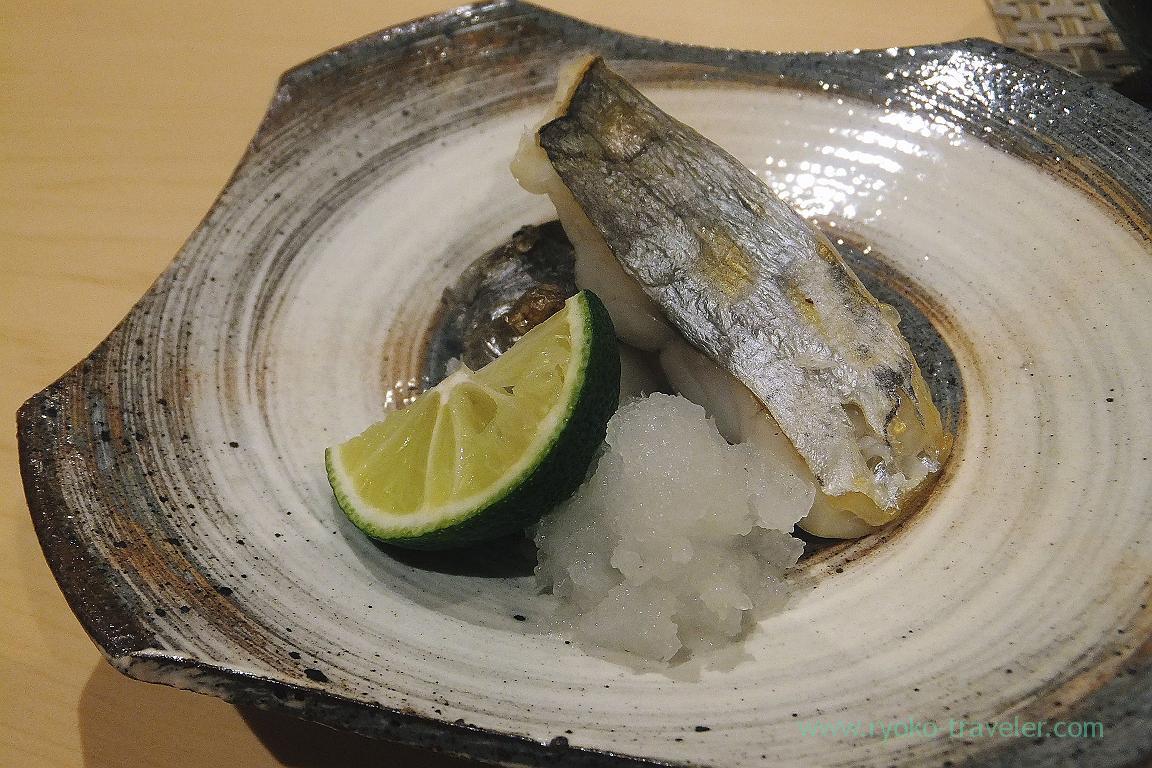 First sushi that day was this one that have shining skin all the same. 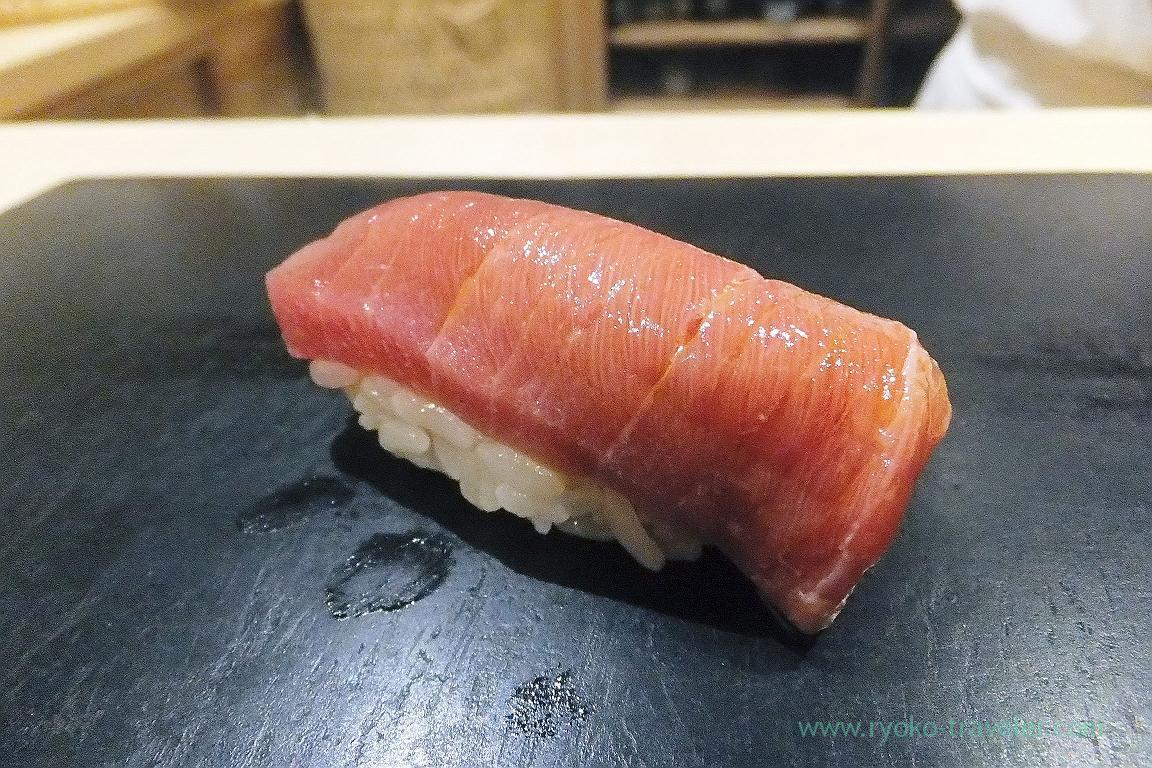 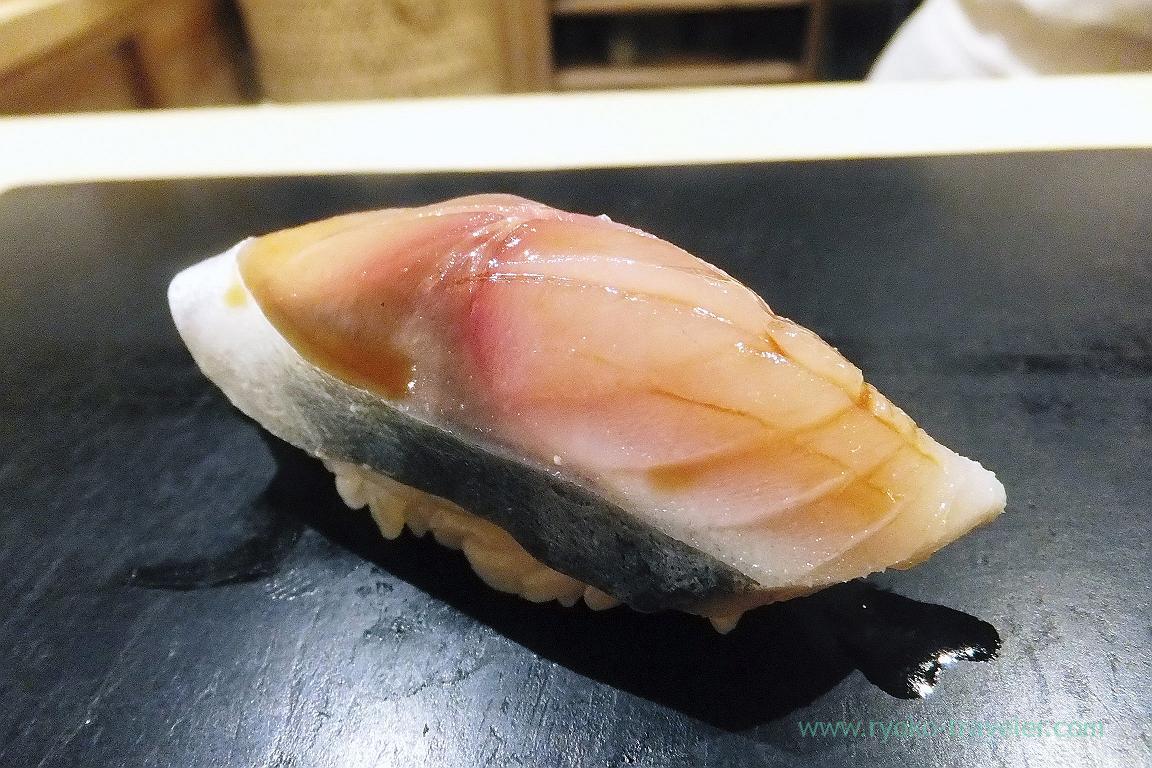 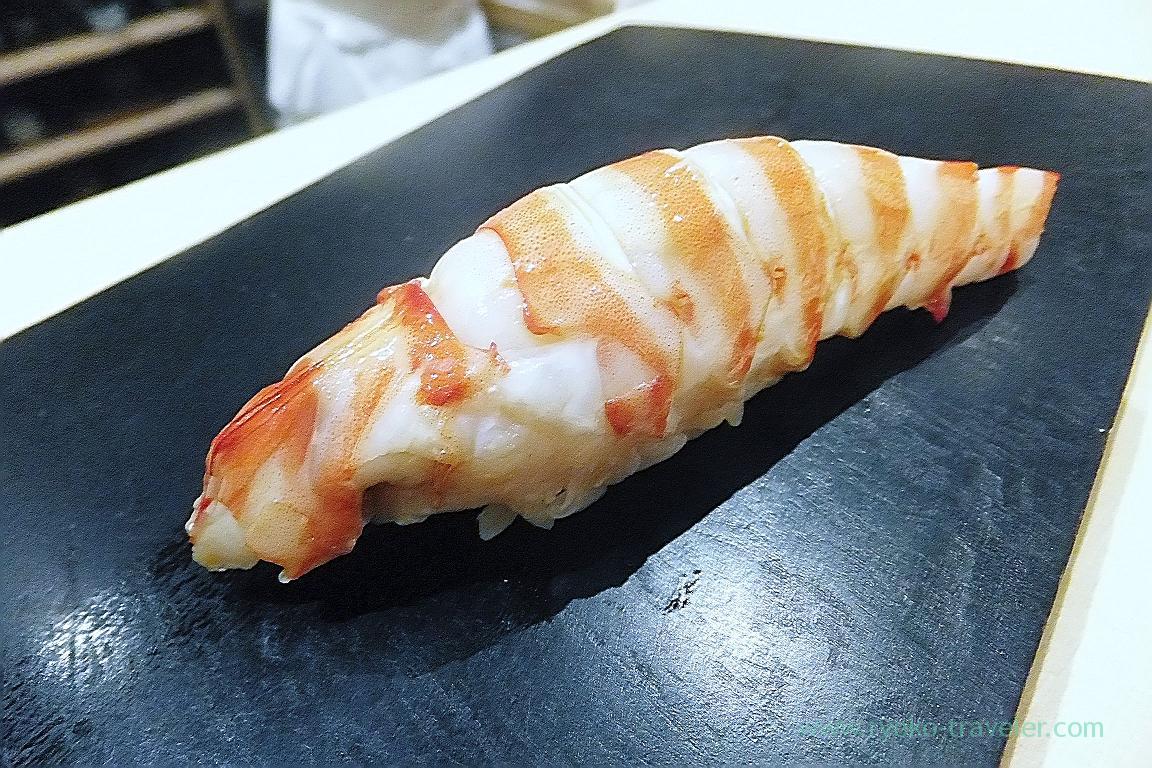 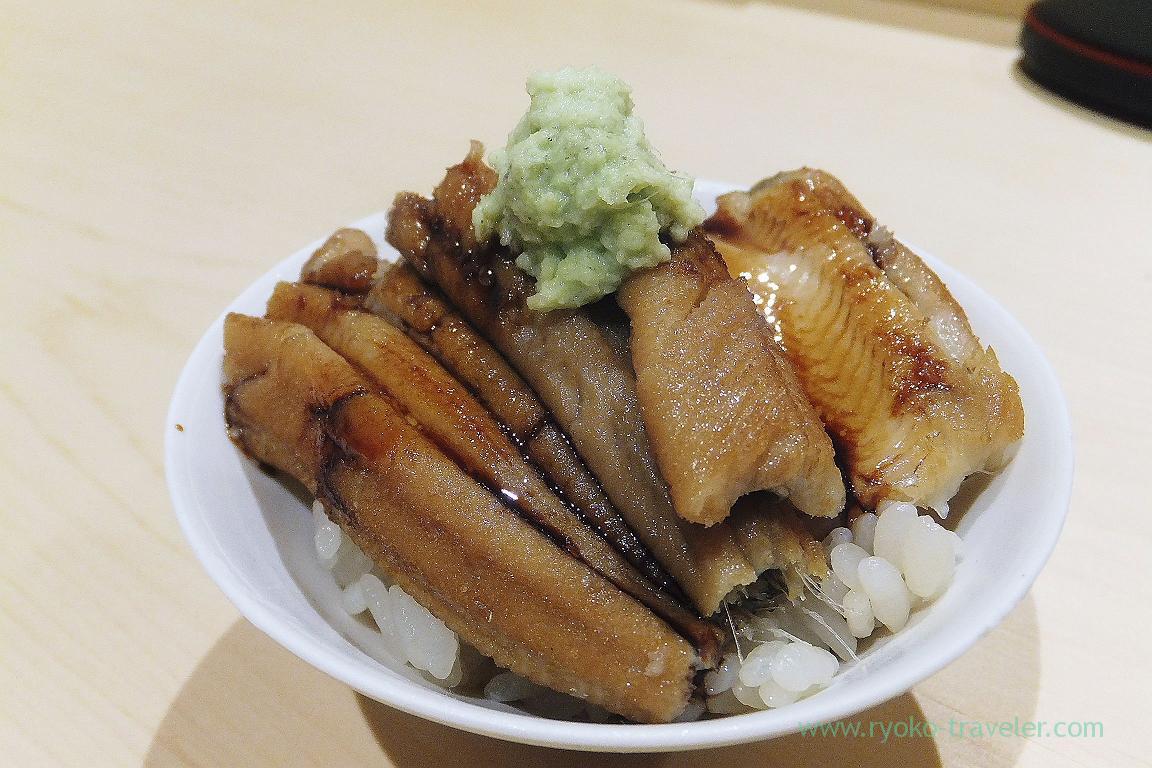 Standard conger eel sushi is it that is included in the course. (That’s mine) He asked the chef to put two portions of conger eel sushi into the small bowl as same as sea urchin.
And as a result, such a luxuary bowl was served to him. He ate it up with smile.

Well, sushi included the course was finished. But I added some sushi. 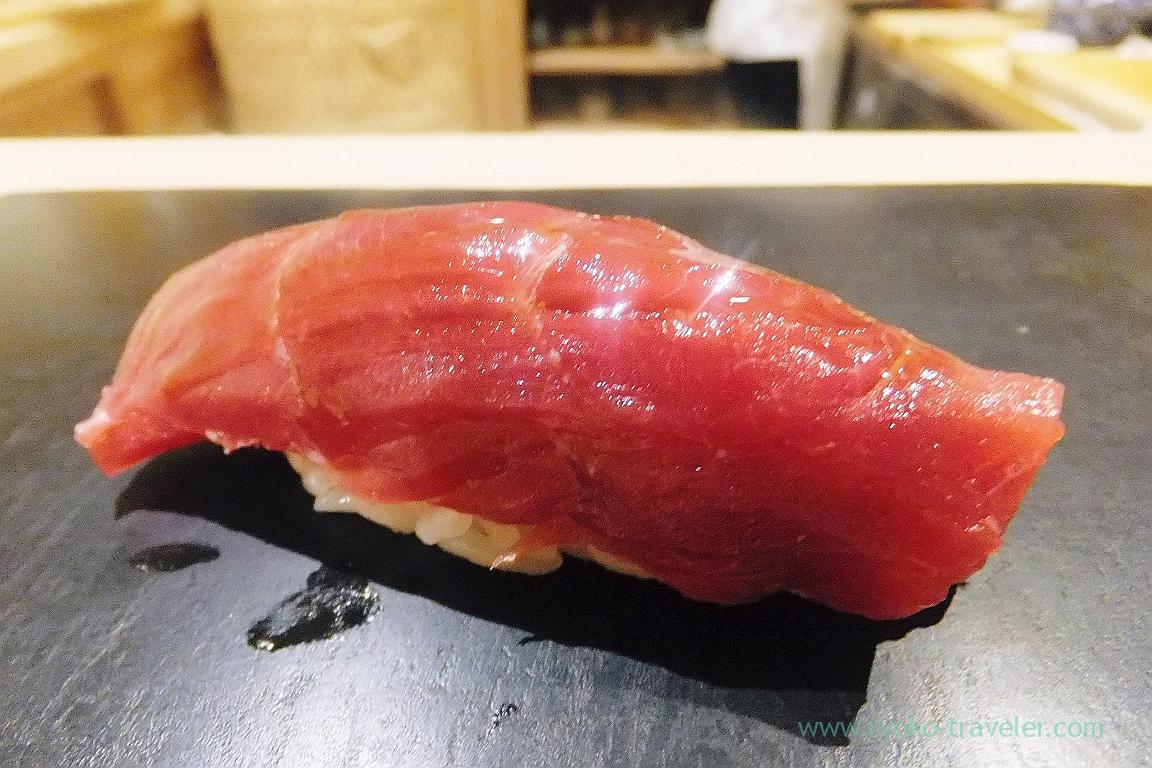 Additional order is rather inexpensive at Sushi Hashimoto. So, I can add sushi
order without hesitation 🙂 Tamagoyaki was served as dessert. That day, tsumami was really tasty as a whole. Everything went with Japanese sake well 🙂
Especially, shells were sweet and tasty.

I have to apologize to the chef in the near future.
When I went to there for the first time and saw him. I thought he can’t cook sushi well because of his younger and casual looking 🙁
I’m mad about his sushi now !